Here’s a big treat for fans of Daily Grindhouse and of James Bickert’s totally unhinged biker/monster film DEAR GOD NO! James is currently deep into crowd-funding for the tremendous-looking sequel FRANKENSTEIN CREATED BIKERS, and has been kind enough to share the first ten pages of his deranged script with readers of this site.

If you’ve seen the first film, you know it’s full of explicit violence, explicit sexuality, explicit Sasquatch attacks and.. well, it’s damn explicit, and the sequel looks to be kicking things up several notches. James took a few minutes to answer some questions about his cast (which includes Daily Grindhouse’s own Tristan Risk, as well as THE HUMAN CENTIPEDE II‘s Laurence R. Harvey and cult movie starlet Ellie Church), his influences, and wanting to shoot his film on sweet, sweet, 35mm.

Check out the Kickstarter campaign, and then keep reading.

James Bickert: There are two reasons, really. Kodak has started producing 35mm only for Hollywood studios in bulk, so unless you’re Christopher Nolan, Quentin Tarantino, Martin Scorsese, or J.J. Abrams, film is currently unavailable to independents. You’ll have to work for a major studio to use it. It’s no longer an option for low-budget artists. We lucked out on a surplus of Kodak Vision Stock 3 left behind by a studio, so this might be the last independent film shot on 35mm — especially in the genre of horror and exploitation.

The other reason to back us is the script. I’m a huge cinephile, and with owning this film stock comes a great responsibility to make the images exposed be important. We can’t screw this up, so I’ve decided to make a film unlike anything I’ve ever seen before. Both in plot and tone this will be unique, and at the very least, it will add something completely different to genres I’ve loved my entire life. If this is the last 35mm indie, I want to go out with a bang! 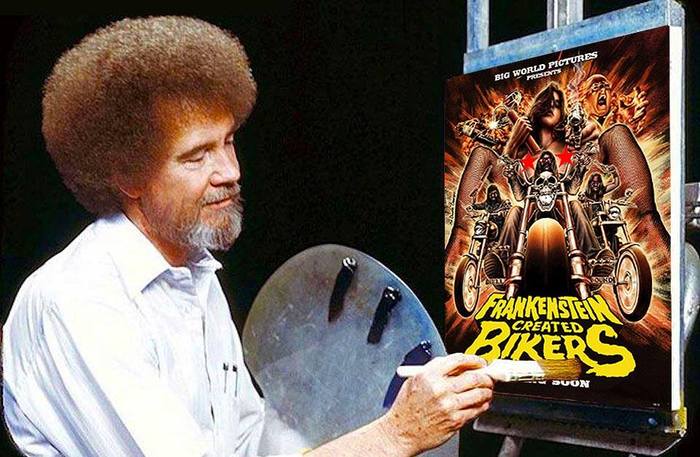 Doug Tilley: What made you decide to go in the crowd-funding direction? What were some of your major concerns about going this route?

James Bickert: I’m a filmmaker and a fan. I’m lousy at the brown-nosing and the pretending one has to do in order to raise funds in the conventional sense. I don’t go to cocktail parties, and I respect honesty. It’s almost impossible to fund a movie when you’re not “full of shit” in this business. I can’t do it. So I’m counting on the fans I’ve met. Hopefully they like what we do, and know they can talk film from Buñuel to Sarno with me over a beer, anytime. Our whole crew is like that. We just love grindhouse and drive-in films, and we respect them as an art form. There is no market research here. As fans, we make the films we want to see, and hopefully other people will want to see them too. We’re about community, and not the bottom line. 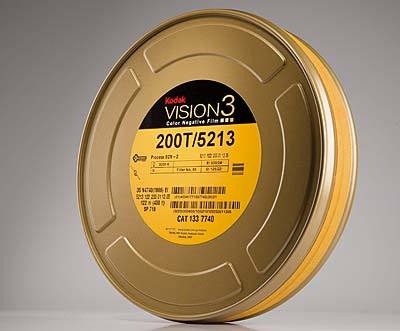 Doug Tilley: So, you’re planning on filming this thing on 35mm. Even with the recent announcement that Kodak will continue to produce 35mm film, this is incredibly rare. What made you make this decision, and what does shooting on 35 add to the experience for both you and the eventual audience?

James Bickert: Digital is like Coca-Cola with high fructose corn syrup. You don’t notice the difference until you have Mexican Coca-Cola made with sugar cane. You forgot what you’ve been missing. I can tell the difference. Even with 4K. I’m sure all your readers can too. There is a reason so many directors rushed to save it. It is better than digital. I love the sound of a film camera on set, and it really motivates the crew. It brings a hand-crafted sense of pride to a production team.

Doug Tilley: Along with those returning from the first film, you’ve also lined up a bit of a cult movie dream team, with Laurence R. Harvey, Tristan Risk and Ellie Church attached. How were you able to get these three on board?

James Bickert: When we were out promoting DEAR GOD NO!, I met Laurence at the first Days of the Dead convention in Atlanta and then really got to know him. We become friends at Texas Frightmare Weekend in Dallas and Horror Hound Weekend in Indianapolis. Ellie Church and her husband, Brian, are also folks I’ve met along the way, and we’ve become really close and shared some wild adventures in Chicago, Indy, and Atlanta. Tristan was recommended by our assistant director Jill Sixx Gevargizan, and we hit it off immediately. I’m really looking forward to working with all these talented people, and introducing them to our local team of celluloid junkies. We also have celebrity Jim Stacy from DEEP FRIED MASTERS and OFFBEAT EATS returning to play the monster. Obviously when you work with Jett Bryant and John Collins, you’re going to have a blast. Madeline Brumby, Paul McComiskey, Jim Sligh, Billy Rat, Rachel and Nick Morgan, they’re all wonderful to work with. 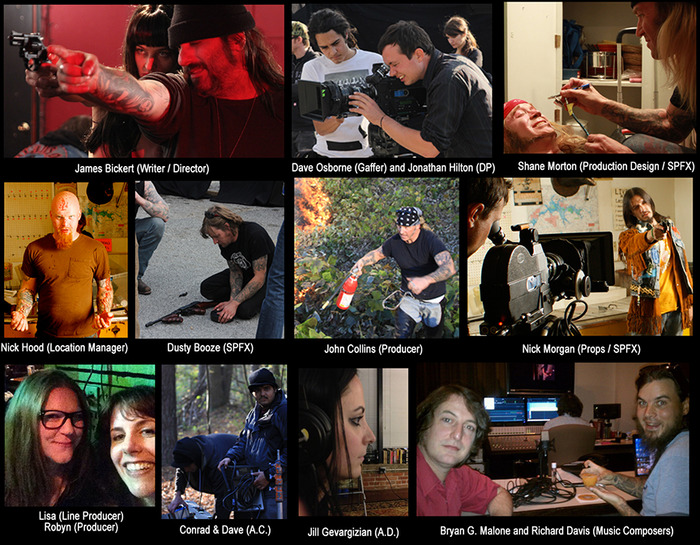 Doug Tilley: Do you see FRANKENSTEIN CREATED BIKERS as being the end of the story? Is there the potential for more sequels in the future if this film is successful?

James Bickert: This is the end. There could be a prequel leading up to the events of DEAR GOD NO! but FRANKENSTEIN CREATED BIKERS is epic in scope so I’ll most likely move on to a Women in Prison / Swamp Monster script that I wrote. It’s very Jess Franco crossed with de Ossorio. Hopefully we’ll get there, but FRANKENSTEIN CREATED BIKERS is my true love. 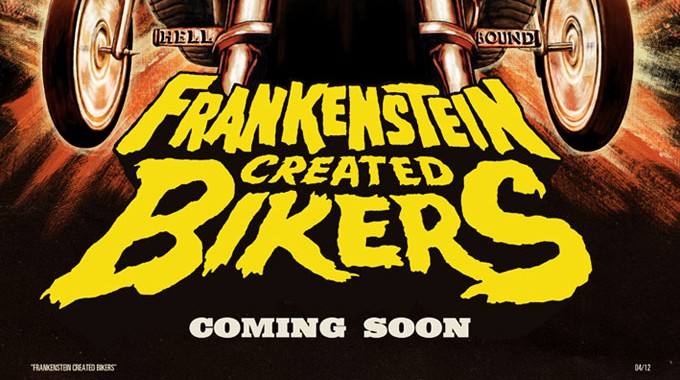 Doug Tilley: If you can reach your goal, when do you foresee shooting this sucker?

James Bickert: May 2015. I’ve already broken the script down and started working on scheduling and the shot list. Production designer Shane Morton and construction manager Dusty Booze have built two fantastic sets, and they have more in the works. We’re in a race before the film labs and telecine transfer facilities shut down in Atlanta, and May is also a light month for crew members who work on THE WALKING DEAD, YOUR PRETTY FACE IS GOING TO HELL, and other television shows. 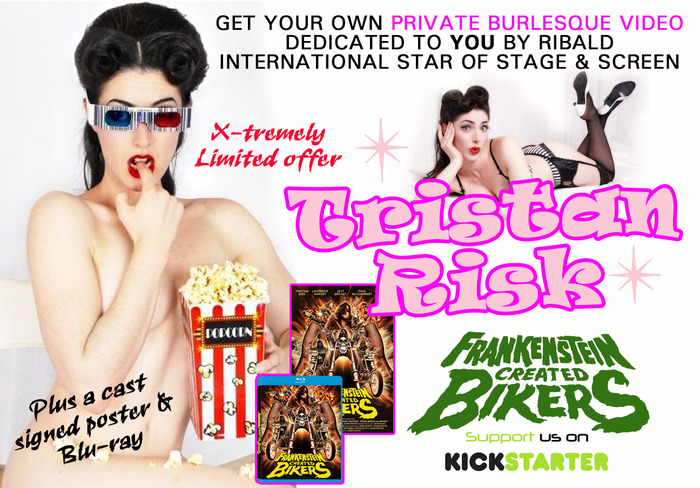 Doug Tilley: All right. So, everyone has now heard the pitch. I’M certainly convinced. How the hell do we donate to this Kickstarter?

James Bickert: The best way is to visit Kickstarter at this address. [CLICK HERE!] You can read up on our latest press releases at www.bigworldpictures.us If you’re still not totally convinced, we’re going to allow Daily Grindhouse readers to download the first ten pages of our script. It will give you a good idea how we’re going to do a ten-minute horror-hop through the genre, play on conventions and clichés — then drive full throttle into a visceral overload of eternal damnation unlike anything ever filmed before. 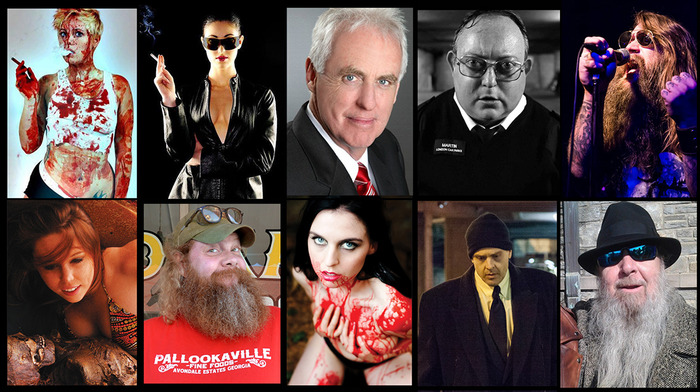 CHECK OUT THE FIRST 10 PAGES OF FRANKENSTEIN CREATED BIKERS!: