Home  ⁄  The Wire  ⁄  ‘DETECTIVE PIKACHU’ MAY BE FUN FOR FANS, BUT IS MOSTLY MESSY

It’s interesting to be on the outside of a fandom and peer in without much frame of reference. Pokémon blew up right around middle school for me, so it was already on the cusp of young adult and not exactly my demographic. Though lord knows that didn’t stop me from watching things like GARGOYLES or continuing to read comics (yes, yes, they’re for everybody…but come on). With Pokémon, and Magic The Gathering before it, it wasn’t just a slight lack of interest but also one of the first times I can recall seeing consumerism at work: you need to buy more to play better, and to understand how things work better, etc. etc. Of course, I grew up in the literal decade when toy companies were spewing out cartoons just to shill plastic products—but I didn’t realize their craven nature until much later. But with Pokémon, I felt an adolescent twinge that my friends and I were getting played by powers far beyond our own.

This is a very long-winded way to establish I don’t have any real Pokémon bonafides. I’ve gleaned stuff from memes, general cultural osmosis, playing Super Smash Bros games, and the occasional Herman Cain speech. I understand the basics of the world—bizarre creatures that seem to be a blend of cute pets and yokai monsters are abducted into tiny ball cages and forced to fight each other, without being able to articulate their feelings beyond a catchphrase, and that it takes skill to know when to play which creature at which time and level them up through evolution. So I admittedly am not the target demographic for DETECTIVE PIKACHU, a movie that is seemingly steeped in Pokémon easter eggs and mythos. Which is an odd sensation for me, as I read HARRY POTTER and THE LORD OF THE RINGS before those movies, or know way too much about STAR TREK and STAR WARS as those universes expand, or of course my gross amount of recall concerning comic book characters. This is an area that I’m not too hip, and perhaps that did affect my reaction to Rob Letterman’s new movie. But mostly, I don’t think it would have done much outside of a few knowing giggles and smiles of recognition. DETECTIVE PIKACHU has some fun moments and good elements, but mostly it’s a messy movie that is never really engaging or as fun as it should be.

Tim Goodman (Justice Smith) is called to Ryme City following the apparent death of his estranged father, a detective. Tim grew up wanting to be a Pokémon trainer but, after years of being alone and detached, just wants to live a quiet existence handling insurance. When a hat wearing Pikachu (voice of Ryan Reynolds) stumbles into his father’s apartment late at night, Tim realizes he can actually understand the beast and the two begin to try to untangle the mystery of what happened to Tim’s father and why Pikachu doesn’t have any memory. Along the way they will run afoul of an ambitious reporter (Kathryn Newton), a tired police officer (Ken Watanabe), the sickly architect of Ryme City (Bill Nighy) who has a dream of Pokémon and human peaceful co-existence, and that architect’s venal son (Roger Greere), along with an assortment of different Pokémon creatures all involved in one big conspiracy. 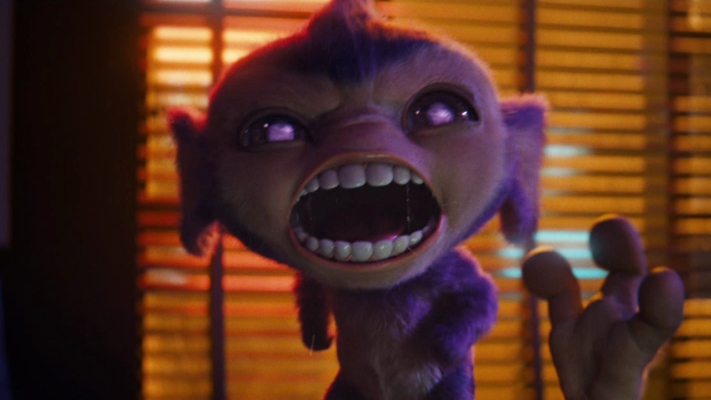 DETECTIVE PIKACHU isn’t awful—it’s just messy and feels uninterested in doing anything new. The plot feels cribbed from WHO FRAMED ROGER RABBIT? and COOL WORLD and similar type stories that use noir tropes that were clichéd and punch lines 60 years ago to juxtapose against some weird other world (in this case, cute animal fighters that have sentience but also don’t?). And while most films of this nature have some measure of contrivances, there are two massive plot holes towards the end that aren’t explained that just feel like people gave up (despite the fact that five writers worked on this script). But the movie looks good—Ryme City is a cool mash up of all sorts of metropolises from around the world that manages to create an actual sense of atmosphere. And the Pokémon creatures (mostly) look good, with director Rob Letterman (GOOSEBUMPS) wisely choosing to go for a stylized approach that incorporates some elements of realism, but not so realistic that they would be walking nightmares. There’s fun banter between Smith and Reynolds, although truthfully the latter is just doing his same old shtick he does in interviews and DEADPOOL and the like. The shtick works and can be funny, but it also would’ve been nice to have created a character or done some work to flesh out the creation.

There is a vast arrangement of Pokémon on the screen in this film. There is also lots of talk of Pokémon lore, elements from the video games, card series, TV shows, and movies are seemingly represented and fans will get a kick out of seeing those little nods or appearances. But that’s not enough to make a film work. In X2: X-MEN UNITED, for example, there are a handful of references to other X-Men characters, but the film still needed to have some fun action sequences and effective character moments; it can’t rely on familiarity and Easter eggs alone. Too much of the action in DETECTIVE PIKACHU isn’t that interesting, the plot is woefully convoluted, and there is a constant resetting of arcs and goals that make it hard to really connect. It has fun moments, funny lines, cool looking stuff…but in the end it’s just a loose assembly of these elements that never cohere to anything good. 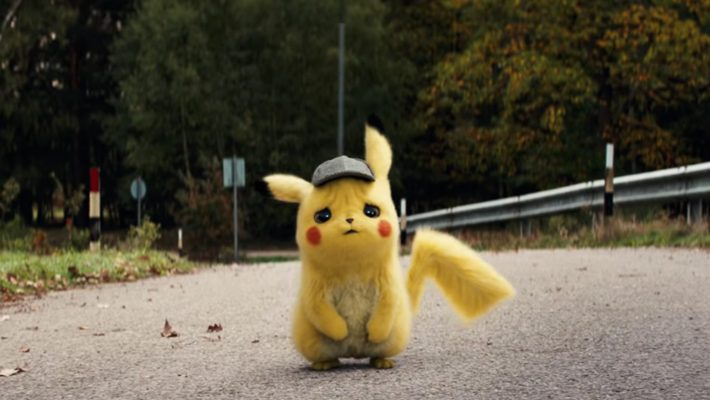