Fans have a sense of ownership with the films of Chris Sarandon.

When films reach the point of impacting popular culture or building themselves into seasonal favorites, they become personal to the viewer. STAR WARS fans know what that’s like. You feel like you have a piece of that film, that’s why our guard goes up so quick when someone tampers with it. Chris Sarandon’s films are the same way. THE PRINCESS BRIDE, NIGHTMARE BEFORE CHRISTMAS, and one of the best horror films from the 80’s (and one that continues to be a benchmark) FRIGHT NIGHT. The moment it was announced that FRIGHT NIGHT was being remade, I shuddered. That film was BIG for me as a kid, it was one of my first introductions to the genre. However, it now has the approval of Chris Sarandon and that carries some weight (and a little hope) with me.

Sarandon has had a hugely successful career which started out theatrically with Sidney Lumet and Al Pacino in DOG DAY AFTERNOON. Sarandon is a humble guy, success hasn’t swelled the head, and I even get the sense he doesn’t really know how important his work is to his fans. That just makes him one notch cooler than most in my book. We had a chance to speak with him and we grabbed it.

DAILY GRINDHOUSE: What was the first film you saw that changed your life?

CHRIS SARANDON: Four: “Seven Brides for Seven Brothers” and “Singing in the Rain.” Both were in technicolor with groundbreaking cinematography, unparalleled choreography, bigger than life, which for a kid from a coal mining town, was a eye popping change and escape. And movie musicals were very popular then. Also, the Broadway version of Hamlet with Richard Burton, which was shown LIVE in movie theaters. And last but not least, Christian Nyby’s, Howard Hawks’ (and Robert Wise’s) “The Thing,” which scared the hell out of me and haunted my dreams for years after I saw it.

DG: What theater did you see that in?

CS: All of them showed at the Beckley Theatre in Beckley, West Virginia.

DG: How often did you go to the movies as a child?

CS: At least once a week, sometimes more. TV came slowly to my hometown, so movies were the only escape, not only regular Hollywood fare at the local “nice” theater, but cowboy movies and serials at the Palace, the less reputable theater where one could get ringworm from the seats!

DG: Your first feature film was DOG DAY AFTERNOON which is arguably one of Lumet’s best films. Can you walk us through the filming of that? 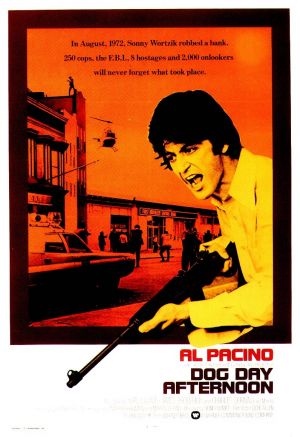 CS: I was really only on set for a few days, since my appearance (something like 11 minutes) was somewhat brief. A few weeks had passed from the rehearsal period until I actually shot, so Al Pacino and I would get together occasionally and run the scenes just to keep them fresh. The studio and producers had cleverly taken over a street in Brooklyn with a building in its center housing not only the bank set on the ground floor but the production offices, catering “cafeteria,” and still photo studio on the second floor. Across the street was the barber shop set: all were real storefronts and buildings that were turned to use for the movie. And the street was controlled by the film so that  during crowd scenes (and there were many) there was not traffic or extraneous street noise to worry about. Also, the interior scenes had movable interior walls to facilitate shooting. As I recall, Sidney Lumet finished quite a few days under schedule. Rehearsal helped: we were totally prepared by Sidney’s process.

DG: Can you walk us through the audition process for that film?

CS: My first audition was with the director, producers and Al Pacino. After the first reading, Sydney took me aside and gave me one note: “A little less Blanche Dubois and little more Queens housewife.” He meant  he wanted less the vulnerable, very proper older southern woman, but more working class NY City. His note made all the difference. I went back and nailed it, which is pretty much the character you see in the movie.

DG: Lumet is well known for having really extensive rehearsal processes for his films and encouraging character growth in that time. How did your character evolve from rehearsal to screen?

CS: The character didn’t evolve much after his initial note, though we did some improv for the phone scene (based on Frank Pierson’s brilliant, Oscar winning screenplay) which fleshed out the relationship between Al Pacino’s character, Sonny, and my character, Leon.

DG: What do you remember most about working with both Lumet and Pacino?

CS: The collaborative nature of their way of working, not only with each other but with the other actors. All the supporting characters made meaningful contributions to the movie.

DG: You have been in some films that have almost taken on a life of their own: THE PRINCESS BRIDE, NIGHTMARE BEFORE CHRISTMAS, FRIGHT NIGHT, what is that like as an actor to see these films so embraced?

CS: I feel incredibly blessed to have  been a part of each one of these movies. They were all collaborative and collegial, and it was fun to go to work.

DG: Rob Reiner can really switch gears when it comes to the films he is involved, what is he like as a director?

CS: I think he understands audiences really well. He was gently directive, making suggestions that often worked and when they didn’t, readily admitted it. He was a gem.

DG: How did you develop the voice for Jack Skellington? I know Danny Elfman provided the singing voice so that had to be some sort of avenue.

CS: I was cast with the idea that our voices were similar enough to transition Jack from singing to speaking (and vice-versa). Danny’s songs were recorded and animated before I started so they were a great avenue of insight into the character.

DG: Did you have any input on creating that character?

CS: The script told Jack’s story, Danny Elfman’s singing made him crystal clear: all I had to do was imbue him with some reality, with director Henry Selleck and creator Tim Burton’s help. 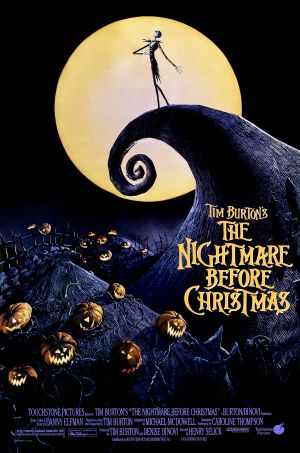 DG: Tim Burton really created a dynamic world within that film. I have always been curious to know what that world looked like in the original script versus how it translated to the screen.

CS: I wasn’t privy to what changes the script went through: I would fly from LA to San Francisco every few months to do a scene or two, after which they would be animated. The movie was strictly storyboarded when I came on and much had already been shot, so I can’t imagine that it went through many extensive changes. I did some work with Tim Burton on Jack’s scenes after shooting was completed but there were no story or script changes. We just tweeked Jack’s performance a bit.

DG: Can you walk us through how you came to be involved in the original Fright Night? 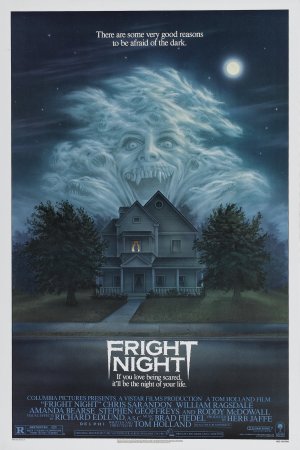 CS: I was sent the script to gauge my interest. I loved it but wanted to meet the writer/director Tom Holland, since it was his first movie. Any reservations I might have had were totally alleviated after meeting Tom: he described the movie to me from beginning to end, shot by shot, and I was sold.

DG: Vampires have been in films a long a time. How did you prepare for that role and work to make it an original interpretation?

CS: Did a lot of reading about vampires and bats, watched old vampire movies (particularly Murnau’s “Nosfaratu,” the Bella Legosi “Dracula,” Dreyer’s “Vampyr”). We also had a few days of rehearsals during which we created character biographies, worked on scenes, talked about relationships.

DG: Do you have a favorite scene or moment from that film?

CS: Can’t really say which is a favorite. So many original, unique moments!

DG: You have said you don’t look at a genre when selecting a script, you just look at the overall project. What drew you to FRIGHT NIGHT?

CS: Good writing! It was a terrific script and once it was clear that Tom knew what he wanted to do with it, I was sold. Also, it wasn’t a romantic version of a vampire life, this character was a predator, a nasty MF with a bit of a concience.

DG: Why has this film become such a benchmark in horror?

CS: I think it contains such a remarkable combination of horror, humor, and character: Tom was determined to be faithful to the conventions of this genre, but to have fun with them without making fun of them. This movie is almost perfect balancing act between having horrible, thrilling  moments, with the ramped up tension relieved by humor.

DG: What are your thoughts on the remake? 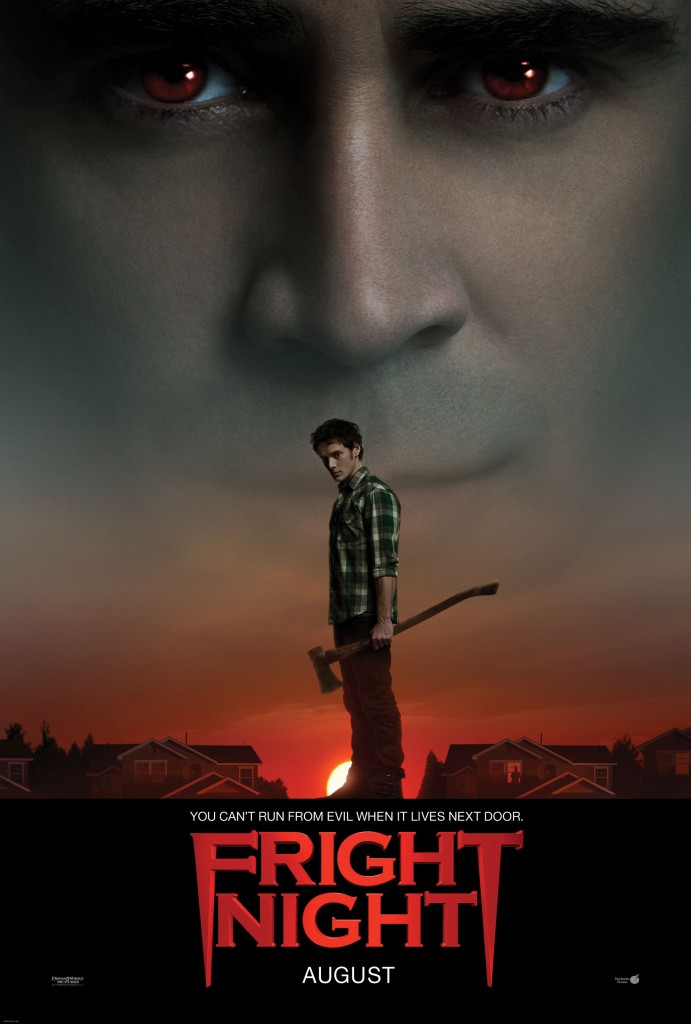 CS: At first I wasn’t sure that it should be messed with, but after I read the script I was relieved. I think they got it just right.

DG: How did you hear about the remake? 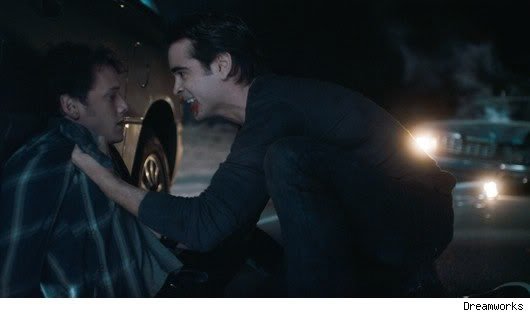 CS: My Manager, Ken Jacobson, had a conversation with Producer Mike DeLuca during which there was a discussion of my participation. We thought it was a great idea and Mike made an offer.

DG: What do you think of the final product?

CS: In all honesty, I think the new, re-imagined “Fright Night” has captured the feel and characters of the original without making it a slavish copy. It’s also funny in the right places, scary as hell, and beautifully acted. I thought it was terrific and am proud to be associated with it.

DG: What were the last few films you saw in a theater?

CS: “Rise of the Planet of the Apes”  and “Captain America.” Terrific summer movies. Also, “Sarah’s Key.” Beautifully made.

CS: “The Professionals,” directed by Richard Brooks. Seen it a few times in TCM (my major TV jones aside from all TV sports) but am always impressed by the story telling, cinematography, acting, script. Great old fashioned Hollywood moviemaking. Also, just re-watched “They Drive By Night” (Raul Walsh) and “High Sierra.” Classics.

DG: Your next film is SAFE with Jason Statham, what can you tell us about that?

CS: The basic story is about the serendipitous meeting of a former intelligence black ops guy and a young Asian girl who’s in big trouble. Much merriment follows (kidding: it’s Jason Statham!).

There it is ladies and bastards. Thanks to Chris for hanging out with us.