You might remember this one from a glowing (sorry, couldn’t be helped) review our old buddy Doug Tilley gave the film when it was known by the more generic title of INVASION OF THE UNDEAD. Thankfully, the newly rechristened film sports a much better title that is more descriptive of the actual film. I will not be cynical and assume that the renaming has anything to do with trying to sound like that other NEON genre movie that came out this year. That would just be callous. 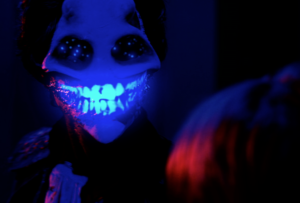 Stunt-titling aside, THE NEON DEAD is a fun little, ’80s-infused flick that deserves to find an audience (my full review of the film will be posted before its release). The feature film directorial debut from veteran visual-effects artist Torey Haas, it is that rare micro-budgeted genre mash-up that adds its own personality to the expected beats. Give the trailer a look and tell me it doesn’t make you smile. 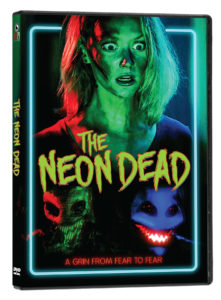