Home  ⁄  The Wire  ⁄  ‘DIMLAND’ Is A Bittersweet Tale About Letting Go

Growing up sucks. We all know it. Sure, it comes with a lot of freedom, but it also comes with a lot of responsibility and sacrificing what you want versus what you need to do to survive. It’s often so hard to really convey the deep, penetrating sadness that comes with growing up, especially now as we struggle with getting a job, paying the bills, and trying to stay happy and nurture your passions. That millennial ennui is beautifully captured in Peter Collins Campbell’s debut feature film DIMLAND. But it isn’t just about sadness; Campbell adds in a fantastical element a la Hayao Miyazaki’s woodland spirits. 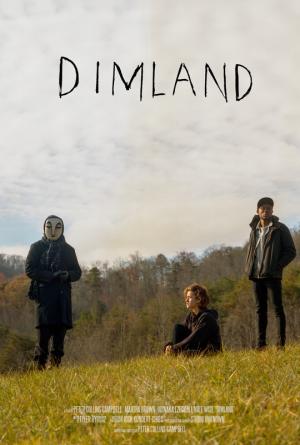 Brynn (Martha Brown) is a young woman plagued with depression about her life, her job, and her stifled creativity. She decides to head to her family’s cabin in the woods with her boyfriend Laika (Odinaka Malachi Ezeokoli) for a brief reprieve from reality. But immediately upon arrival, Brynn discovers the cabin has been renovated and is going to be rented out. She is crushed because the place where she came to escape as a kid is being taken away. This place of safety is no longer a part of her life and she is grieving such a loss.

As Brynn broods about the future of the cabin, she and Laika take long walks in the woods, wandering through nature and reveling in the quiet. They weave through trees, talking about this and that, finding peace in the stillness of air. Then, they run into another piece of Brynn’s past: a forest spirit named Ru (Nathan Wise) who was Brynn’s friend when she was a child. He gave her a place to run away to when she needed it. Now, Ru is back to remind Brynn of her childhood and keep her from growing up.

Ru is a sweet, soft-spoken creature who resembles a human with the exception of a wooden mask that resembles a barn owl and Noh face from Miyazaki’s SPIRITED AWAY. He exists in this uncanny valley where he feels both familiar and off-putting, a hazy memory that feels welcoming but slightly frightening. He has nothing but good intentions, but he exists in a magical world where time is irrelevant and just like Brynn, he also wants companionship. He is not simply a whimsical creature, but a nuanced being that while cares for Brynn has his own selfish desires. He himself embodies the sadness of a fading memory. 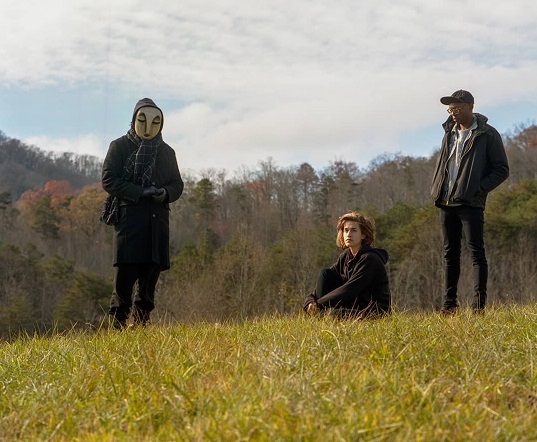 Thankfully, Ru can be seen by Laika, too, which means this isn’t the stereotypical “Is she just crazy?” trope. Brynn does not have to convince her partner that she is seeing her old imaginary friend. Instead, Ru is made to see more than just an imaginary friend as Laika can see and talk to him. Laika is often rude to Ru and is confused by who or what he is, while Brynn is immediately drawn to him, which further emphasizes Brynn’s own grip on her past rather than growing up. But even though Laika is grown up, he seems callous and jaded, the typical adult perspective.

Outside of their interactions with Ru, Brynn and Laika’s relationship is often tumultuous yet occasionally tender in how comfortable they are with each other. Romance comes with small gestures, long hugs, and sharing memes as they lay in bed. There is also a reality in their interactions when Laika says things like “Want to fuck?” so casually, making sex with each other a relaxed normal thing while also illustrating the comfortable ways couples ask for consent.

DIMLAND is a film that is more about vibes than a fully formed plot, and that makes it all the more enjoyable and successful. The atmosphere and the emotions it exudes are so raw, it feels like Campbell reached into your brain and threw it against a wall, creating a mosaic of joy, sadness, and insecurity. Brynn’s struggle to let go of her childhood and move forward in her life is what each of us millennials is going through in our own way.

As children, spirits and imaginary friends are our constant companions. They are our connection to a world beyond our own and a way for us to find solace in the quiet, sad moments of childhood. They are a security blanket, a seeming cure for loneliness. While they fade as we move into adulthood, DIMLAND wants to address that crushing emptiness that comes with having to let go of that friend, a friend that only you could see and enjoy. By adding in a magical element, Campbell captures the whimsy of childhood and how much we want to hold onto that with each passing year. So often that fades away as we’re exposed to the ways of the world and drains the magic from our lives. DIMLAND, despite its melancholy, offers a small but shining light about how to hold that magic in our hearts as adults. In taking millennial ennui and combining it with elements seen in the films of Miyazaki, Campbell creates something truly special as he showcases his understanding of the human condition.