Home  ⁄  The Wire  ⁄  DIRECTOR JOHN F. MORRISON WANTS TO TAKE US TO THE ‘ARCADE DEATH ZONE!’ 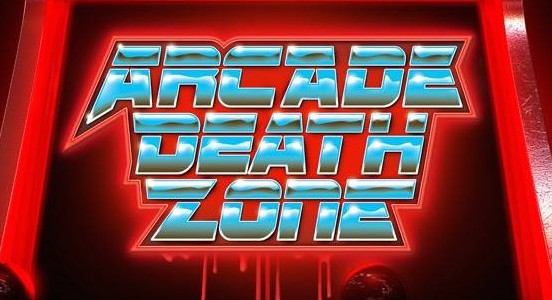 The CineCoup Film Accelerator is a fascinating new model for Canadian filmmakers to develop, market and finance their feature films. It starts with a pool of 120 films that slowly gets whittled down via audience voting. Last year, its pilot cycle led to us getting WOLFCOP — and now a whole new slew of directors are looking to make their mark; starting with proof-of-concept trailers. One of the most mind-blowing of those trailers was for John F. Morrison’s 80s throwback horror/comedy/adventure film ARCADE DEATH ZONE, which looks to mix Amblin-era Spielberg with a dash of extreme violence for good measure. Morrison sat down with Daily Grindhouse’s Doug Tilley to talk nostalgia, piecing together an arcade, and the recent glut of Canadian genre films.

Doug Tilley (DT): You’ve described ARCADE DEATH ZONE as being an 80s-style project. THE GOONIES meets A NIGHTMARE ON ELM STREET. Talk a little about your affection for that era of film-making, and what about it appeals to you.

John F. Morrison (JM): I love genre movies of the 80s, there was so much variety, freedom, and quirkiness. It’s so different from now, where studio releases are such a big gamble and have to be based on pre-existing material. The Amblin movies of the 80s, produced by Spielberg, these were big studio releases — GOONIES, GREMLINS, POLTERGEIST, BACK TO THE FUTURE, E.T. … What a crazy bunch of movies, when you think about it. Another one that is a big influence on ARCADE DEATH ZONE is the 1980s remake of THE BLOB. As we talk about in our new video on CineCoup, I love practical effects – gore, creatures effects, stunts, whatever. The great thing is that we can still have the variety, the freedom, the quirkiness, and the practical effects in smaller indie releases today.

DT: When talking with friends about the project, there are a couple of other titles that have come up. The BISHOP OF BATTLE sequence from the 1980s anthology NIGHTMARES, as well as the Full Moon feature ARCADE from 1993. Were either direct (or indirect) influences on your script?

JM: I’m constantly hunting down obscure genre movies from the 1970s and 1980s, so it’s crazy that I hadn’t seen NIGHTMARES or ARCADE, or even heard of them. Since I posted the trailer someone told me about NIGHTMARES so I watched the Bishop of Battle, and it was a lot of fun. It’s great that there are still some genre movies left in the 1970s and 1980s that I haven’t seen yet. And this interview is the first I’ve heard of ARCADE, so thanks for the tip!

DT: It seems like video game nostalgia is at an all-time high, and particularly for the 80s heyday of the arcade experience. Were you a videogame nut growing up? What are some of the difficulties in recreating that classic arcade feel?

JM: When I was a kid, my family had a Colecovision console, with a bunch of arcade games like Frogger, Frenzy, Pitfall…  Zaxxon was an incredibly difficult space battle game which, now that I think of it, is probably part of the inspiration for the game in our movie.

The biggest difficulty in recreating an ’80s arcade today is rounding up enough restored games from the right era. For the trailer, we rented games from East Van Amusements which was fantastic, but we actually only had one row of games plus one empty shell!

DT: ARCADE DEATH ZONE is looking to be brought to life through the CineCoup film accelerator project that most recently brought us WOLFCOP. What made you want to pursue this as your method of funding as opposed to, say, going through IndieGoGo? If things don’t pan out through CineCoup, are you still leaving crowdfunding open as a possibility?

JM: CineCoup is such a perfect fit for ARCADE DEATH ZONE — (CineCoup Executive Producer) J. Joly really loves genre stuff, he wants to make movies for fans, and he wants to lose all the pretension and make stuff that’s fun.

If we can make it past the three rounds of fan voting, we’ll have demonstrated that there is a fan base for this movie. That and the attention that our producers Joel and Lana are getting for their previous movie, SHOOTING THE MUSICAL, which I helped write, should mean that we can put together financing for ARCADE DEATH ZONE, and crowdfunding could well be a part of that.

DT: Talk about your collaborators on the project. You’ve worked extensively with producer Joel Ashton McCarthy in the past — even writing his feature SHOOTING THE MUSICAL — and producer Lana Otoya also worked on that project. What unique skills do they bring to this project?

JM: Co-writing! I was one of the writing team, along with Joel and Sharon.

Both Joel and Lana have a dogged determination to get the movie made, whatever project we’re working on, and they know how to stretch a budget. And they both share my sensibility, which is that you start with an idea that hooks people, and then at every stage of development through post-production, you keep working on it, making it better and better, listening to audience feedback and constantly improving the movie. 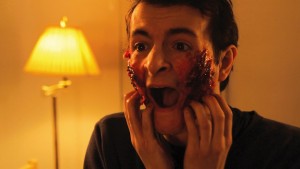 DT: One of the reasons I’m so excited about this project is that it’s Canadian! What are your thoughts on the Canadian horror boom of the past five years or so? Any favorite films or filmmakers that you have particularly enjoyed?

JM: Yeah, the new wave of Canadian retro-genre movies, I don’t know if it quite has a name! It’s an exciting time, and it’s a great thing that Canadian movies are getting attention and that filmmakers are bringing back a sense of fun in genre film. And I love that it’s happening in the Maritimes and the Prairies and BC! All the places that have been the boondocks of the Canadian industry. HOBO WITH A SHOTGUN is probably my favourite.

Having said that, ARCADE DEATH ZONE is very different. It doesn’t really fit into that grindhouse mold, although I’m sure it appeals to the same fans. We’re more like HOUSE OF THE DEVIL, a retro horror movie from a few years ago. ARCADE DEATH ZONE is going to be more fun than that, but I loved how they made it really feel like an 80s horror movie. Our philosophy is that it isn’t a parody or a joke – we want the audience to have fun, but they have to be invested in the characters as real people if the story is going to stand up as a feature.

DT: So, here’s the big one. If readers want to support ARCADE DEATH ZONE‘s attempts to come to the big screen, what’s the best way to do so?

It’s a bit complicated! So we have an instruction image posted on our Facebook page, that explains what to do on the CineCoup site. The first voting period starts April 6, but before that we need our fans to rate our video and rack up more votes to use in the voting periods.

In addition, fans can help by liking, commenting on and sharing our posts on Facebook, as well as following and retweeting from our Twitter at www.twitter.com/arcadedeathzone.

DT:  I’m sure all of your attention is focused on ARCADE DEATH ZONE right now, but do you have any other projects that you’re developing?

JM: I always have a few other sci fi and horror projects on the back burner – right now I’ve got a time-travel thriller and a couple of supernatural horror movies in the works. 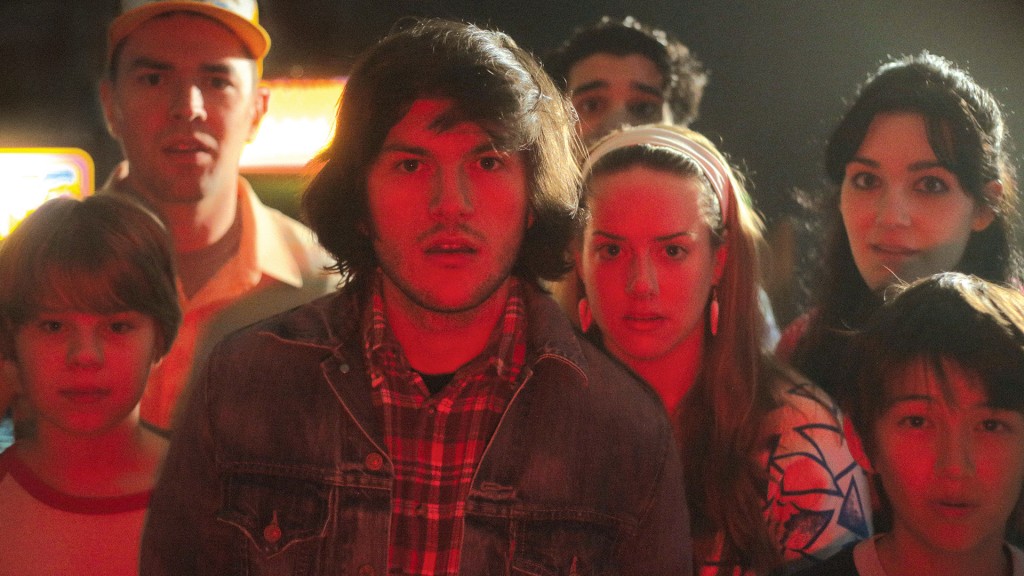 DT: For people wanting to keep up on your current and future work, what’s the best way to do so?

JM: My website is www.morrisonmovies.com, but the best place for up-to-date news is www.facebook.com/jfmorrisonfilms.

DT:  You’ve been through the Film School process, and jumped right into regular work with short films and now features. What advice would you have for a young or inexperienced director trying to tackle their first project?

JM: Make it cheap and easy – it’ll still end up being more expensive and difficult than you can imagine! Come up with an idea involving a small number of young people in settings that you have access to, especially the place you live. Think of actors you’re already friends with for most of the roles. Don’t start until you’ve got an idea that’s going to hook people! Another thing I discovered through CineCoup is that if you write the trailer first, you’ll realize what you need in the feature script – what the most important beats and money shots are.