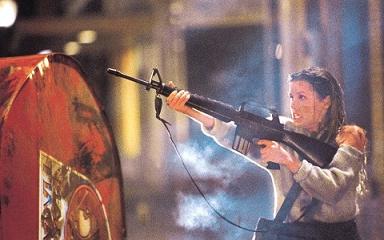 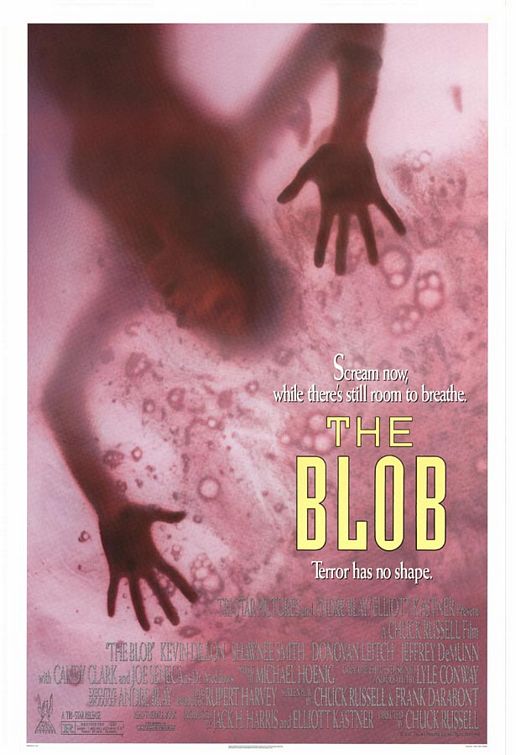 The Blob is the Rodney Dangerfield of horror creatures: No respect. 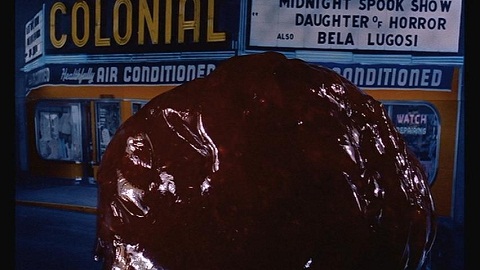 THE BLOB was released in 1958, independently, and it was a massive financial success at the time. People feel warmly about the movie, but it’s not on many people’s all-time top-tens.  Even with a beautiful release from the Criterion Collection, the film doesn’t carry the same cultural weight of the great old monster movies like DRACULA or FRANKENSTEIN or even CREATURE FROM THE BLACK LAGOON. These estimations are hardly scientific, but my overall sense is that history values THE BLOB more than anything for featuring the first leading role for Steve McQueen. That’s important and I’m not about to disrespect Steve McQueen, but somebody’s getting left out. The same way Steve McQueen famously upstaged Yul Brynner in THE MAGNIFICENT SEVEN, so too did he upstage the star of THE BLOB. 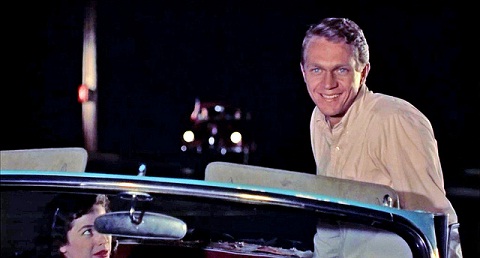 Too scary and gross to be a contemporary of Godzilla and the rest of the giant monster stars, too silly and uncommunicative to rank with the vampires, ghosts, and werewolves of the world.  It may seem odd to you and me that a gigantic neon space-booger isn’t as sexy to kids as vampires are, but that does seem to be the case.  No romantic TWILIGHT-style franchise for this guy.  Can you imagine?  (I can, but then again I’m deranged.) Let’s be honest. The Blob is a big pink Jell-O mold from outer space. It’s hard to make that frightening, let alone hot. 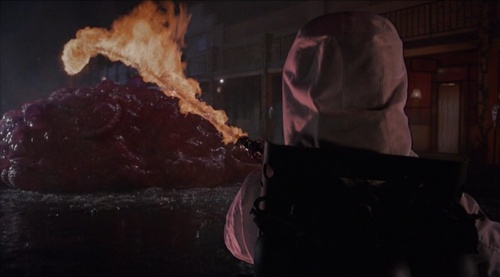 In their 1988 re-do of THE BLOB, screenwriters Frank Darabont and Chuck Russell dive right into the problem by treating The Blob like a contagion, twenty years before the movie CONTAGION. If just one drop of that Blob gets on you, you’re toast. Well, the more accurate descriptive metaphor is not toast. 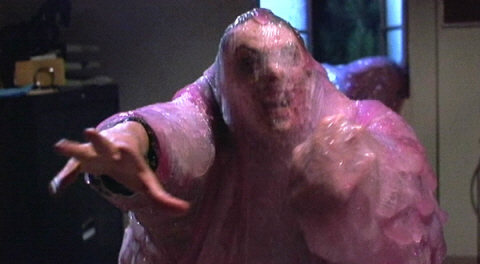 Frank Darabont is now more famous for adapting and directing THE SHAWSHANK REDEMPTION and the pilot of The Walking Dead, while c0-scripter Chuck Russell — who also directed — is on his own probably best known for directing Jim Carrey and introducing Cameron Diaz in THE MASK.  These two guys never seemed happier than when unleashing their vision of THE BLOB upon the world (a suspicion given credence by Darabont’s terrific return to horror with 2007’s THE MIST). THE BLOB ’88 is funny, unpredictable, exciting, suspenseful, and occasionally genuinely spooky. 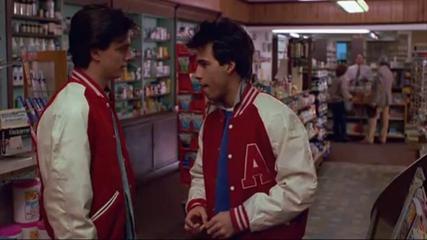 The movie opens with a trio of main characters that are pretty much your basic BREAKFAST CLUB archetypes – the jock, the princess, and the criminal – minus an Anthony Michael Hall or an Ally Sheedy. You’ve got the all-American high school football hero, working up the nerve to ask out the cutest cheerleader, while the rebellious motorcycle punk and notorious town scofflaw sneers in the background. 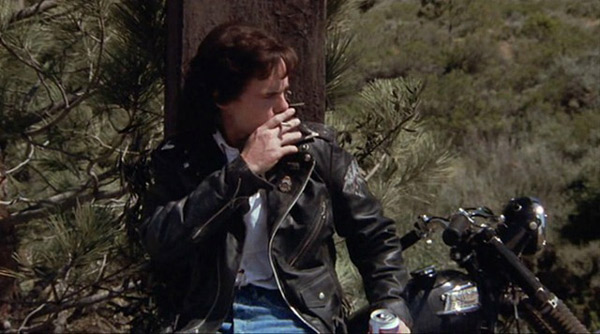 Soon enough, an asteroid falls out of the sky and spits out some pink sludge that looks, as I said earlier, not unlike strawberry Jell-O. A surprisingly stereotypical — even for 1988 — old hobo is the first to stumble upon The Blob, which promptly attaches itself to his hand and starts nibbling.  The hobo frantically runs around trying to get it off, and runs right into the path of the jock and the princess on their date.  The teenagers try to get him help, but things just keep getting worse for everyone from there.

The movie soon descends into chaos of the most entertaining order.  The great thing about this movie is that, as jaded as one may be from watching tons of similar movies, you just can never tell exactly where it’s going next.  Characters who you were sure were the movie’s main character might be swallowed up early. 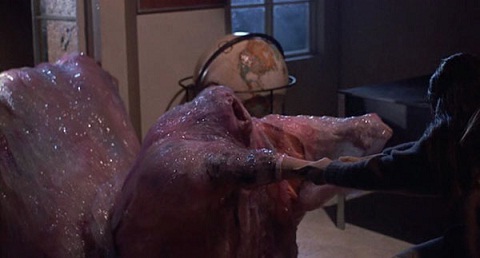 The authorities, normally an obstacle to heroes because they never believe the threat until it’s too late, here believe the threat fairly quickly — because they’re getting swallowed up by them.  No one has movie immunity here – the very young and the very old alike get eaten by The Blob.  The kill scenes are original and unusual; they play out as thrilling for gore hounds, and as effectively disturbing to the more well-adjusted.  The characters are almost universally likable – and you’re always rooting for them to get out alive, although unfortunately not all of them do. 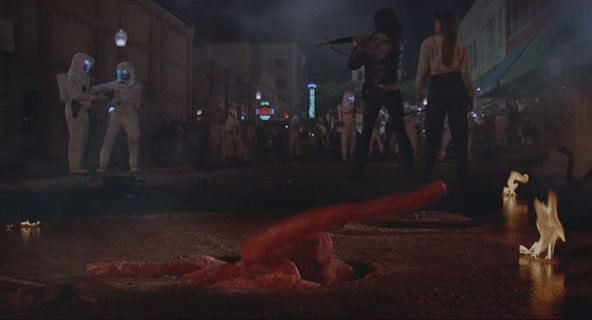 Another strength of THE BLOB ’88 is its unlikely protagonist. This one is a real surprise. 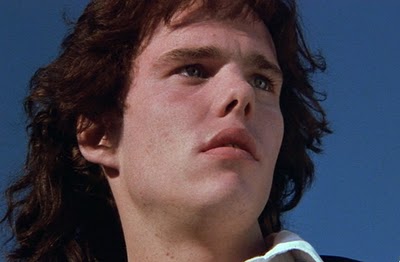 No, not this guy. (However: terrific macro-mullet!)
How’s about her instead? 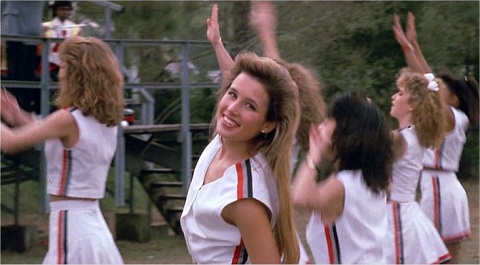 I remember reading somewhere that Joss Whedon kept a picture of Shawnee Smith from THE BLOB as inspiration while working on Buffy The Vampire Slayer. That makes sense. It should be said that NIGHT OF THE CREEPS gave us the adorable spectacle of Jill Whitlow hoisting up a flamethrower — THE BLOB takes the script-flipping of gender roles a step further by giving Shawnee a machine gun and letting her go to town. 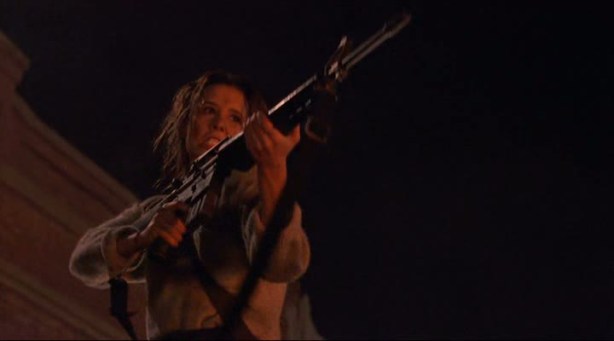 Movies don’t always do right by our best heroes: Last I knew, Shawnee Smith was doing time in SAW movies and on the newest Charlie Sheen sitcom. That’s no place for a great lady of horror cinema.  In THE BLOB, Shawnee Smith proves herself to be the Dame Judi Dench of horror heroines, from adorable girl-next-door cheerleader to ruthless Ellen-Ripley-style shitkicker in less than an hour. She deserves better than mostly everything she’s acted in since this movie, but I guess the forces of darkness work against us sometimes. 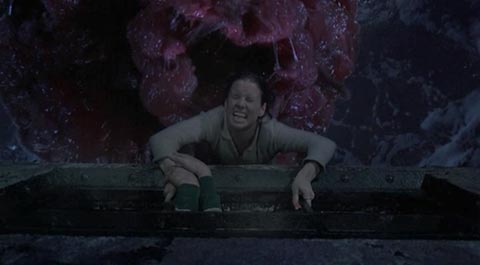 That was a dark, dark time. 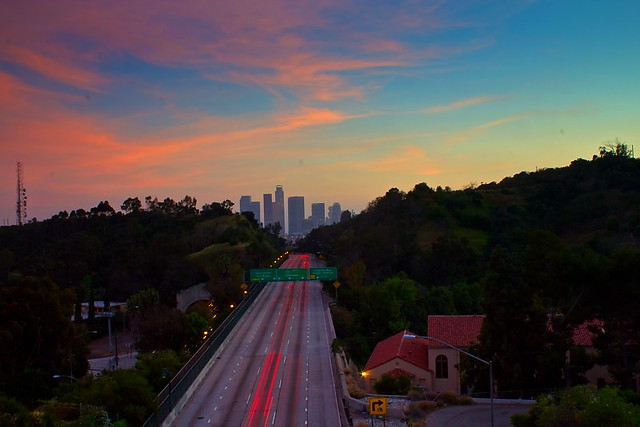 In 2004, The Blob found Jesus (in a nice callback to the final scene of THE BLOB ’88) and moved to Pasadena.

Today, The Blob hopes to return to mainstream movies, having dyed its natural pink Blob color darker in order to be taken more seriously. The Blob is now lobbying for a role in the forthcoming sequel to JULIE & JULIA, against the Blob’s acting idol, the great Meryl Streep. 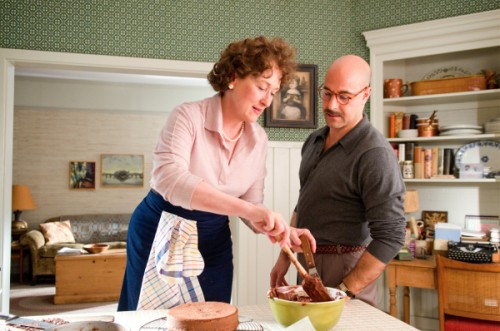 THE BLOB is screening — in 35mm! — on Friday night at the Alamo Drafthouse in Yonkers. The screening will be introduced by Fangoria editor Michael Gingold. This is a great, great movie to watch with a crowd. Just be sure to stay aware of your surroundings at all times… 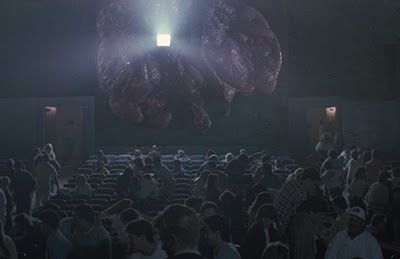