Home  ⁄  The Wire  ⁄  DISNEY MAY REBOOT THE ROCKETEER

If there is one piece of news I have read this week that I want to be true, it’s this. Vulture is reporting that Disney wants to buy THE ROCKETEER a ticket on the remake train. According to the site, Disney “will soon be meeting with various writers to come up with a take.” THE ROCKETEER is pure, unadulterated bliss. The original film is a giant homage to the 30s and 40s adventure films with some superhero heroics mixed in for all us geeks. I was in my teens when this first came out but fuck if it didn’t make me feel like I was watching STAR WARS or RAIDERS OF THE LOST ARK for the first time. I am not saying it’s as good as those flicks, but it gave me the same feeling. That’s the power of good filmmaking.

I wanted it to be successful, I wanted an entire franchise of ROCKETEER films, I also wanted desperately to see Jennifer Connelly naked… thank you HOT SPOT. Joe Johnston may not have been able to make another film with the flying muffler but he did get to go back to his Nazi killing superhero ways with CAPTAIN AMERICA: THE FIRST AVENGER which is almost as good as THE ROCKETEER… Almost. Though Johnston is now available thanks to getting passed over for the CAPTAIN AMERICA sequel, it’s unlikely he’ll have much to do with the next ROCKETEER film but we can always hope. This is one remake/reboot I am on board for. 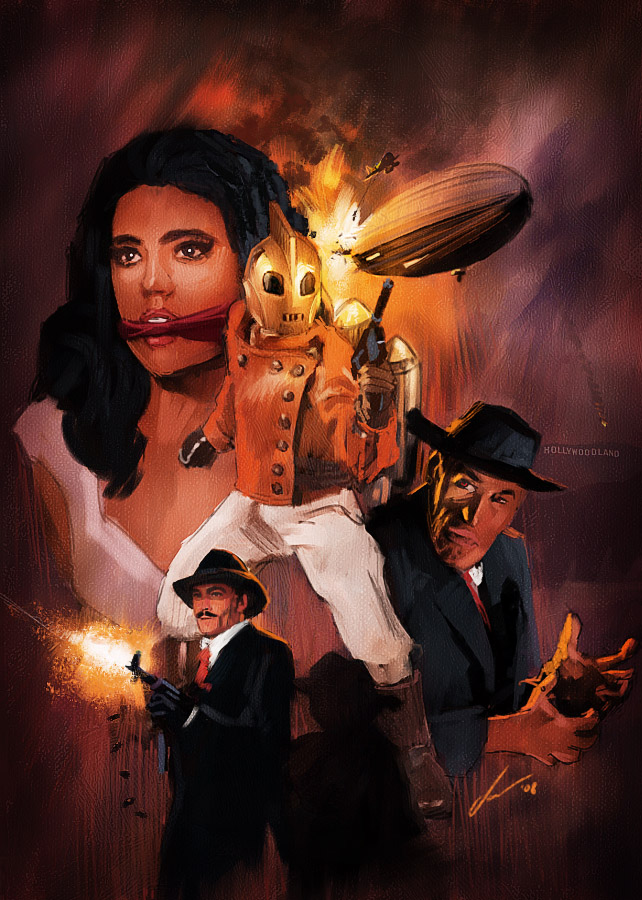