Sounds like Clive Barker likes gladiator movies… and zombies. According to Amazon, Barker is set to rewrite and direct ZOMBIES VS. GLADIATORS for Amazon Studios. Not sure what to think; Barker consistently moves to his own macabre beat but this just doesn’t sound like a project he would take on, regardless, he could easily make this thing a wicked trip back to the era of sword and sandals. I just hope he does something interesting with the zombies, I am ready for zombies to be scary again. Here’s the verbiage for the press release: 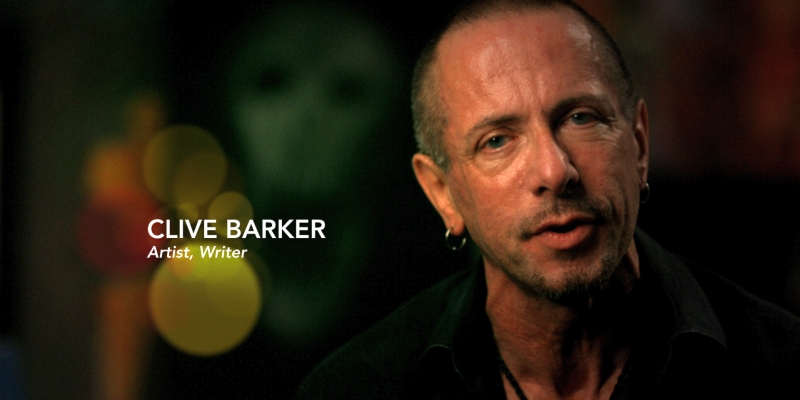 Amazon.com, Inc. today announced that Hellraiser creator and prolific horror and fantasy writer Clive Barker will rewrite the action horror project, Zombies vs. Gladiators, for Amazon Studios. Based in ancient Rome, the Zombies vs. Gladiators story opens as a shaman who is about to die in the Coliseum casts a spell that unleashes the world’s first zombies. It’s up to a gladiator to stop the spread of the zombie horde and save Rome. From the moment it debuted at Amazon Studios, Zombies vs. Gladiators has been one of the most creatively engaging scripts, spurring tremendous interest within the community and movie fans alike, indicating its mainstream and commercial viability for the studio. As a result of this overwhelming and popular support, Amazon is moving forward to develop the project with Clive Barker at the helm.

“Zombies vs. Gladiators is now in the hands of someone who has written genre-defining material throughout his career,” said Roy Price, director, Amazon Studios. “We are excited to see how Clive will add his unique narrative to capture the essence of this story and propel the project into something unique and original that could one day be enjoyed by all audiences.”

Said Barker, “I’m excited by the opportunity to interweave two very rich narrative threads. One of them concerns itself with the reality of the decadence of Rome and its rise and fall. The other is a fantastical narrative element – the living dead. My brief to myself on this project is to give the audience not only zombies they have never seen before but also a Rome they have never seen before.”

Barker added, “Amazon Studios offered up the dream ticket with this project. In twenty-five years of working in this town, I’ve rarely had people listen to what I had to say as closely and as carefully as they did and then simply give me the freedom to go do it. Amazon Studios is an innovative creative concept. I am looking forward to providing my own perspective to make Zombies vs. Gladiators a highly commercial and entertaining movie.”

A visionary, fantasist, poet and painter, Clive Barker has expanded the reaches of human imagination as a novelist, director, screenwriter and dramatist. An inveterate seeker who traverses between myriad styles with ease, Barker has left his indelible artistic mark on a range of projects that reflect his creative grasp of contemporary media — from familiar literary terrain to the progressive vision of his Seraphim production company.

His 1998 “Gods and Monsters,” which he executive produced, garnered three Academy Award nominations and an Oscar for Best Adapted Screenplay. The following year, Barker joined the ranks of such illustrious authors as Gabriel Garcia Marquez, Annie Dillard and Aldous Huxley when his collection of literary works was inducted into the Perennial line at HarperCollins, who then published The Essential Clive Barker, a 700-page anthology with an introduction by Armistead Maupin.

Barker began his odyssey in the London theatre, scripting original plays for his group The Dog Company, including “The History of the Devil,” “Frankenstein in Love” and “Crazyface.” Soon, Barker began publishing his The Books of Blood short fiction collections, but it was his debut novel, The Damnation Game, that widened his already growing international audience.

Barker shifted gears in 1987 when he directed “Hellraiser,” based on his novella The Hellbound Heart, which became a veritable cult classic spawning a slew of sequels, several lines of comic books, and an array of merchandising. In 1990, he adapted and directed “Nightbreed” from his short story Cabal. Two years later, Barker executive produced the housing-project story “Candyman,” as well as the 1995 sequel, “Candyman 2: Farewell to the Flesh.” Also that year, he directed Scott Bakula and Famke Janssen in the noir-esque detective tale, “Lord of Illusions.”

Barker’s literary works include such best-selling fantasies as Weaveworld, Imajica, and Everville, the children’s novel The Thief of Always, Sacrament, Galilee and Coldheart Canyon. The first of his quartet of children’s books, Abarat, was published in October 2002 to resounding critical acclaim, followed by Abarat II: Days of Magic, Nights of War and Arabat III: Absolute Midnight; Barker is currently completing the fourth in the series. As an artist, Barker frequently turns to the canvas to fuel his imagination with hugely successful exhibitions across America. His neo-expressionist paintings have been showcased in two large format books, Clive Barker, Illustrator, volumes I & II.

Shit. That was a lot of talk to say that Barker is going to write a rewrite a zombie flick. We’ll update you as we get more.