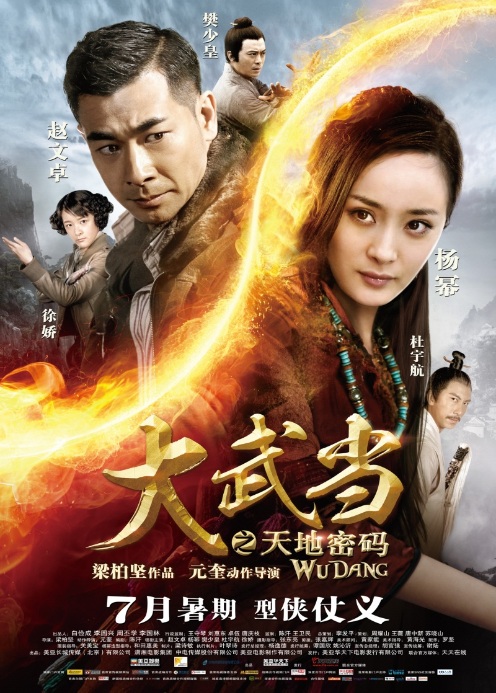 There’s something about Asian action movies that call to me; the wuxia tales of righteous men and women in jianghu, the world of martial arts – these are my westerns. A mythic landscape for mythic figures to glide and fight through. If the corrupt life-or-death world of the Spaghetti Western is familiar to me yet exotic, how much more so is the jianghu, where in its most extreme forms, people can fly and magic is real? I first started watching kung fu films in the 70s, when I realized they were the best celluloid realization of a comic book world, superheroes battling super-villains. The marvelous resurgence in the early 90s with movies like ZU WARRIORS OF THE MAGIC MOUNTAIN and CHINESE GHOST STORY provided fantasy realms that Hollywood seemed to be fumbling about, shallow but pretty movies like Legend or Tolkien pastiches like Willow.

With the handover in 1999, as Hong Kong once more became a part of Mainland China, the tenor of the movies changed, for a while. Propaganda took over, and though there are examples that still manage to thrill and excite, like Hero, Red Cliff, the first Ip Man and Jet Li’s Fearless, you can’t make a steady diet of it. There was a point at which I feared the “honorable-Chinese-fighter-faces-foreign-devil” trope would become the Chinese equivalent of the zombie movie glut.

So this is how I approached WU DANG, knowing nothing of it: with an open mind, but some apprehension. And my open mind was rewarded.

Vincent Zhao Wenzhuo is professor Tang, a scholarly type operating in the early 30s (or, as the video box puts it, “the early days of Republican China”, but the box has as slippery a grip on history as it does the movie’s story). As the movie opens, he identifies a legendary sword from the equally legendary Wu Dang mountain as a fake, but finds a non-fake treasure map in the sword’s carrying case, revealing that there are seven treasures on Wu Dang. Tang then fulfills his Indiana Jones requirement by fighting his way out through the gang that offered the fake sword for sale. 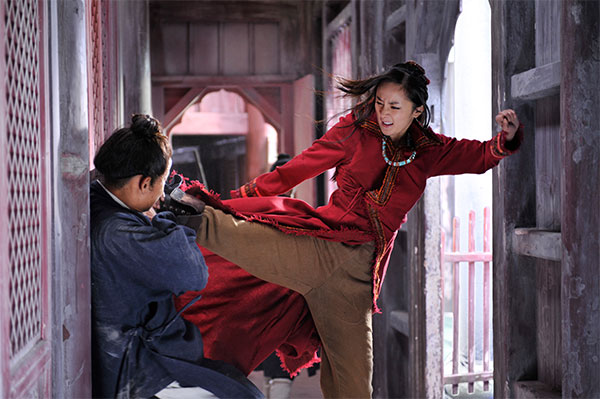 Tang’s daughter (Josie Xu Jiao) is something of a martial arts prodigy, and he enters her in the Wu Dang Martial Arts Tournament, which occurs only every 500 years, intending – of course – to seek out the treasures during the competition. But there is also – equally of course – a sexy female fighter (Mini Yang) who has an identical treasure map, and seems to have a legitimate claim over that same sword that started this whole process. If you suspect that the two of them will join forces and then fall in love, congratulations! You’ve seen more than one movie, and are wise to this sort of thing.. Besides the various monkish factions guarding the treasures – often unbeknownst, even to themselves – there’s also the small matter of the treasure-robbing gang showing up, and guess what they want.

There’s also a sub-plot about a fairly simple, honest man (Siu-Wong Fan, who crops up all over the place, more recently in the Donnie Yen IP MAN movies, and who I last saw in FLYING SWORDS OF DRAGON GATE), who moved to the mountain to seek treatment for his ailing mom, and who the Wise Old Master has been training in Sleeping Kung Fu, which sounds like something I might be good at. This guy meets cute with Tang’s daughter and falls in love with her.

It isn’t until the middle of the movie that we find out exactly why Tang is seeking the treasures: supposedly, somehow, when all the treasures come together, they can magically cure his daughter of an unspecified congenital defect that killed both her mother and her grandmother while still young. Tang also has a growing suspicion: why are there two identical treasure maps, and why do they look so new?

Now what intrigues me about Wu Dang is – beyond the fact that I really enjoyed it – is that everyone else seems to dismiss or outright hate it. (I’ve had this experience before – ask me about ROBOCOP 2 and STAR TREK V sometime). I am going to admit to you that it is flawed. Exactly why, when most of the story takes place on magical, timeless Wu Dang mountain, a location that is surely of the jianghu, it was felt necessary to set the story in the 30s is a puzzler – unless you absolutely must have the Indiana Jones connection. Exactly what the hell the disease might be that’s killing Josie is maddeningly oblique, and why the hell she is fighting in the competition when that seems to be speeding her decline is questionable. The plot goes to great pains to show she is hiding this from her father, but… jeez, girl. Seek some help.

After the buildup, the tournament itself is sadly underdeveloped; Jimmy Wang Yu would have devoted a half hour to it, at least. Some conflicts don’t get a proper resolution: Mini Yang has to steal an invitation to the tournament, by apparently beating up a bunch of people on an airplane – we kind of have to take the movie’s word on that.

There is also at least one unearned happy ending. But that’s just me being a jerk.

These things were obviously not enough to kill my enjoyment of the movie. I found it a pleasant throwback to the martial arts movies I enjoyed in the 90s. Corey Yuen’s fight choreography is old-school wirework, with only occasional CGI work intruding to cover that Mini Yang isn’t a fighter. Lots of spinning and old school kick-the-bad-guy-through-a-wall action. I dug it. There is one especially nice scene where Zhao and Yang are facing impossible odds, and as their fighting styles begin to merge and play off each other, the film slows down and a romantic tango begins to play while they kick bad guys in the face. It’s a nice, cinematic moment.

Other people aren’t so lucky as I, or, as they would be more prone to point out, are simply smarter than me. They use phrases like “moronic screenplay”, “sub-par movie” and “don’t waste your life”. My criteria for movies are, I suspect, a bit more liberal than most. All I ask is to be entertained. And in that light, I enjoyed WU DANG. Some didn’t. I shrug.

To return to the last paragraph, I will amend it to say that yes, I am the lucky one. So often these days I will hear a conversation about a movie that is basically a litany of complaints that finishes up with a version of “And that’s why it sucked.” I have a news flash: Not every movie sucks. Moreover, not every movie sucks or rules. A lot of movies are just mediocre, a fact that many people seem unwilling to accept. A polarized view that a movie must either be orgasmic or lower than worm dung is not a very happy outlook; you’re going to miss out on a lot of fun that way. 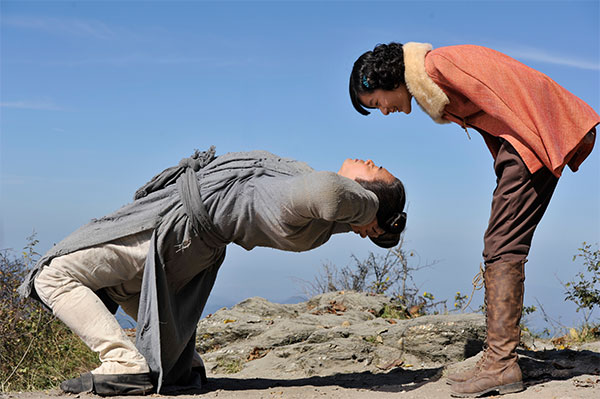 Considering how I began my Internet career, reviewing movies on a website called (with a complete lack of cleverness) The Bad Movie Report, I find this sort of thought process amazing. I dealt with a subgenre of film that was disposable, and most times knew it was disposable, yet most often resulted in something that could not be labeled mediocre, but were memorable or entertaining in surprising ways.

To put it another way: I’m a musical omnivore. I like and collect a lot of different types of music. In one of my many attempts to earn a living, I perform every week with a murder mystery dinner theater that has operated out of a number of different hotels over the years. Hotels have a lot of different events. Once there was an Indian wedding being held in a large atrium, and Bollywood-type music was echoing all over the hotel as we were loading out. One of the other members of the group (one I didn’t like, anyway), sneered “God, I hate that shit!”

My response was “Really? It’s music, for pete’s sake. How can you not like music?” It’s all the same pieces, just put together in different forms.

I really don’t get it. Maybe it’s just me.

So WU DANG: not perfect by any degree, but enough fun that I found it above-average, and I don’t feel bad saying so. I will, however, go ahead and say that the trailer isn’t very good, at all: