Linnea Quigley is easily the quintessential 1980s “scream queen.” She has starred in some of the most legendary horror films of the era. She shined in and helped make NIGHT OF THE DEMONS, RETURN OF THE LIVING DEAD, SILENT NIGHT, DEADLY NIGHT, SORORITY BABES IN THE SLIMEBALL BOWL-O-RAMA, HOLLYWOOD CHAINSAW HOOKERS, and many other cult classics that will forever have a place in the hearts and minds of genre fans. In 1990, she even released her own workout tape, simply called, “LINNEA QUIGLEY’S HORROR WORKOUT.” 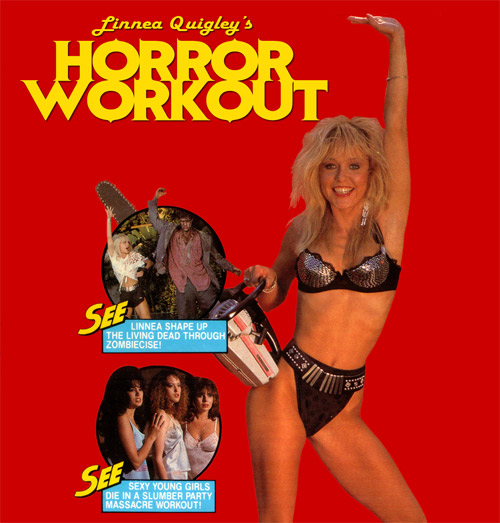 Besides all her iconic roles in many great genre films, Linnea is also known for being very personable. She is a fan favorite, because she truly appreciates her fans. I have met her at multiple horror conventions and film festivals, and I’ve seen how she always takes the time to have in-depth conversations with each and every one of her fans, and takes as many pictures with them as they want. Hell, she even prank-called me once on my birthday. 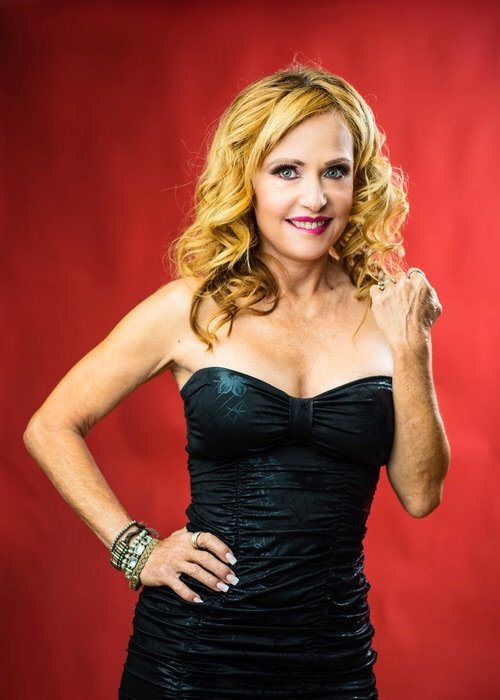 With my undying love for Linnea Quigley, I’m so excited to see CREEPY CO. releasing a new collection in her honor. 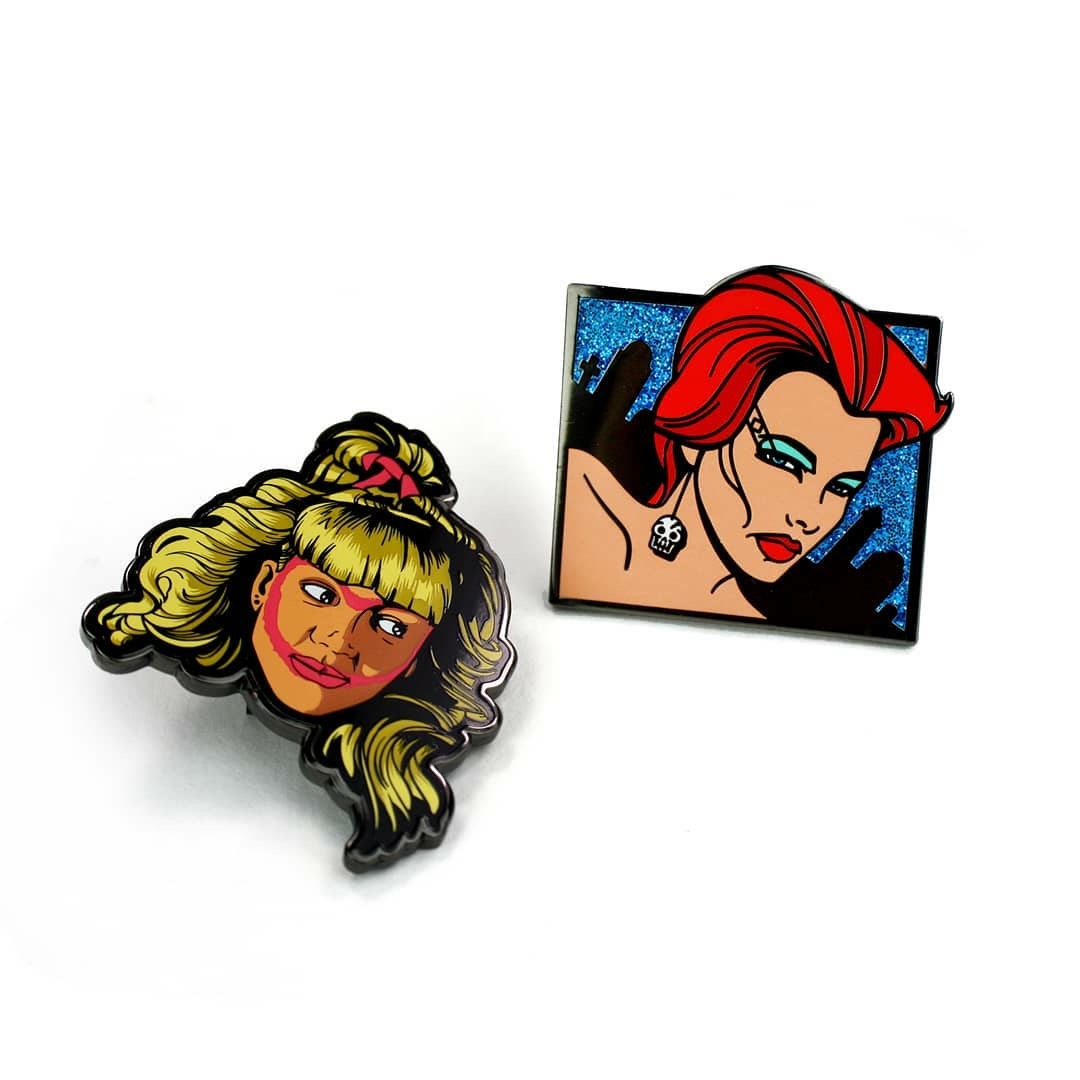 One of the things CREEPY CO. is best known for is their amazing enamel pins, and they’ve come up with two top-notch ones for this collection. The first one is of her pivotal character of Suzanne in NIGHT OF THE DEMONS. It’s from the shot of her with lipstick around her face, right about the time she performs the now infamous “lipstick trick.” The other is of her psycho-sexual, totally badass punk-rock character Trash from RETURN OF THE LIVING DEAD. The pin depicts her before she turns into a zombie and it has a great, retro “Patrick Nagel” feel to it. 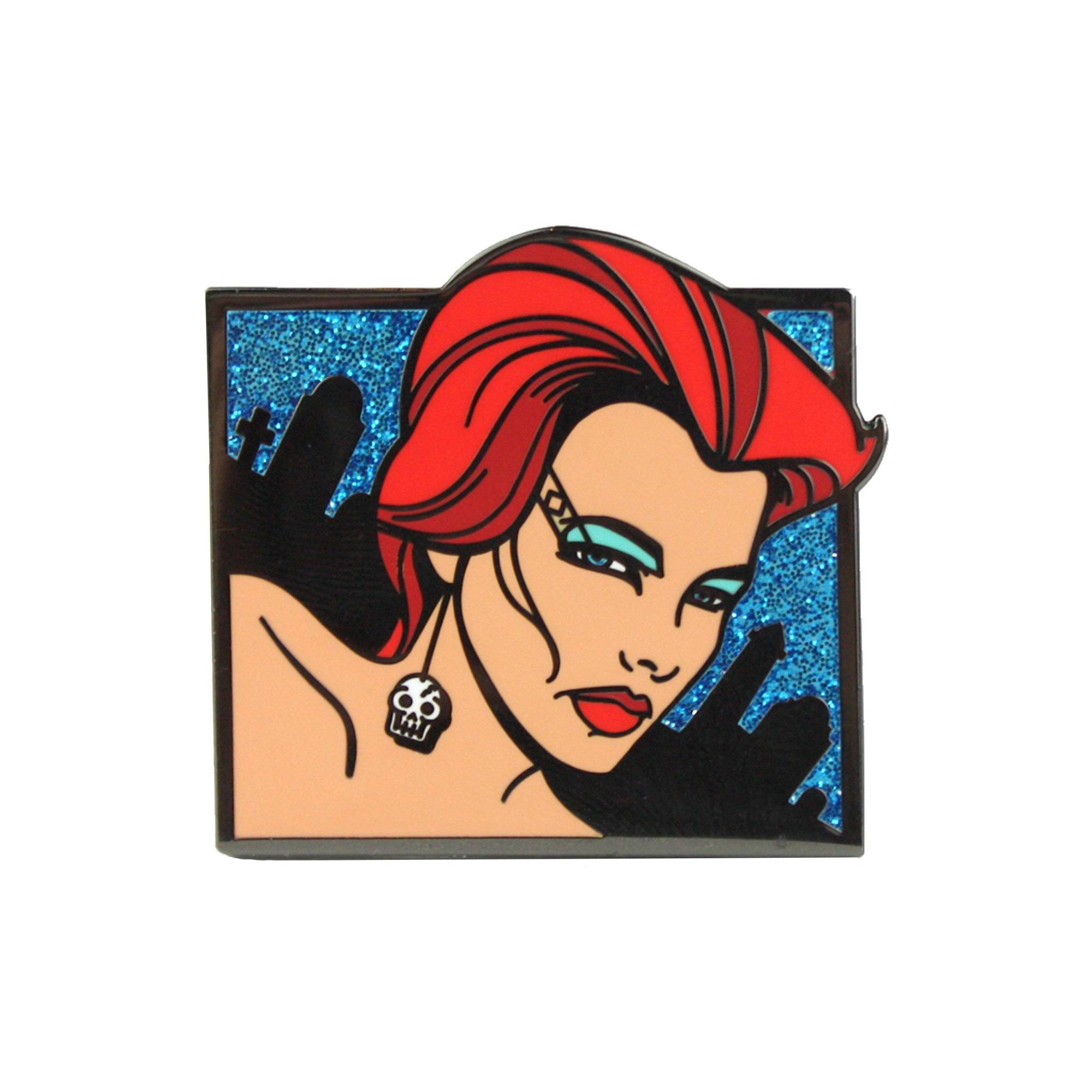 As if the two enamel pins aren’t enough to keep any Linnea Quigley fan ecstatic, CREEPY CO. is also rolling out a T-shirt that is a vintage-inspired homage to her cult workout tape. What an awesome idea! I’ve seen T-shirts for most of her well-known movies, but never any apparel that’s related to LINNEA QUIGLEY’S HORROR WORKOUT tape. This is a must-have for any of Linnea’s hardcore fans. 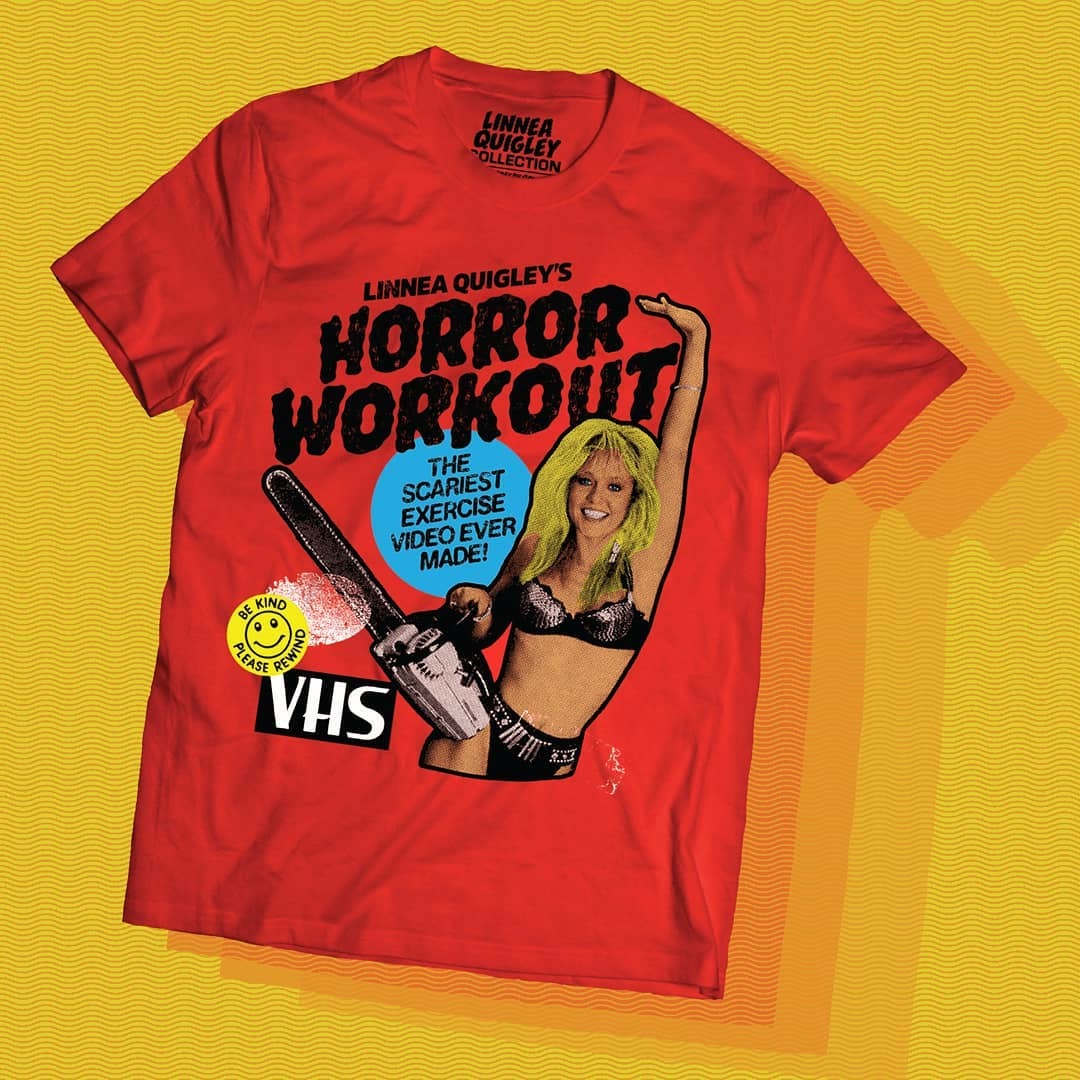 Make sure you keep up with all CREEPY CO. news. They are all over all the major social media platforms. Better yet, check out their website at creepycompany.com! As always, this is your main ripper, Mr. Germ the Ripper, bringing the latest in horror-centric fashion. Love fashion, hate fascism, and tell ‘em Daily Grindhouse sent ya.