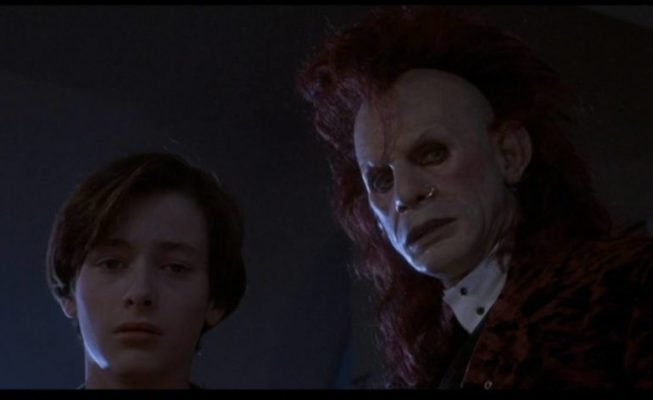 Every independent producer of horror films in the ’80s wanted a villain like Michael Myers, Jason Voorhees, and Freddy Krueger around which to build a franchise. Some—like Leatherface or The Tall Man—were brought back from iconic films that were never meant to be continued. Others—like Cropsy, The Miner/Harry Warden, and Madman Marz—were clearly created in failed attempts at kick-starting a new slasher franchise. Hell, Alive Films even brought Wes Craven in to create a new horror icon in Horace Pinker, but that effort also fizzled. By the early ’90s, Paramount had given away the rights to the Jason Voorhees character and Craven had re-teamed with New Line Cinema to take Freddy Krueger in a meta direction. The time of the iconic villain-driven horror franchise had come to a close. That’s why BRAINSCAN feels like such an anomaly of its time (it was released in 1994), despite the fact that it was chasing the same virtual reality fad that several other films were. With the notable exception of THE LAWNMOWER MAN, none of those other films were trying to create a franchise built around its villain. Even stranger is that director John Flynn presented his villain as a weird cross between a court jester and a Freddy Krueger knockoff.

I first watched BRAINSCAN just over a year ago when I decided to write about it as part of my column about the films of John Flynn. My thoughts on the film were decidedly mixed. I appreciated the attempt to dig into the way childhood trauma could lead to a darkened soul—one that could tilt either way between staying on a path of decency to heading down a road of destruction and anger. But the central conceit of the movie with its jarring Trickster (T. Ryder Smith) character annoyed me. It felt like a film that belonged partly to its director and partly to producers eager to get rich quick on a new horror franchise.

For my full thoughts on BRAINSCAN, check out the link above to my coverage of it in the John Flynn column. What follows is less a review and more on how my thoughts have changed slightly about certain aspects of the film—most notably when it comes to the character of Trickster. Did you read the previous review? Okay, good. I am about to be kinder to the film now than I was then.

I feel like I was a bit harsh on the film in my first assessment regarding the rules/logic of the game that Trickster gives Michael (Edward Furlong). I felt like the vague nature of what Trickster was telling Michael was the unintentional result of bad writing. Now I see it as part of the deceitful nature of Trickster to continually coerce Michael into doing very bad things in the hopes of digging himself out a hole that actually keeps getting deeper. 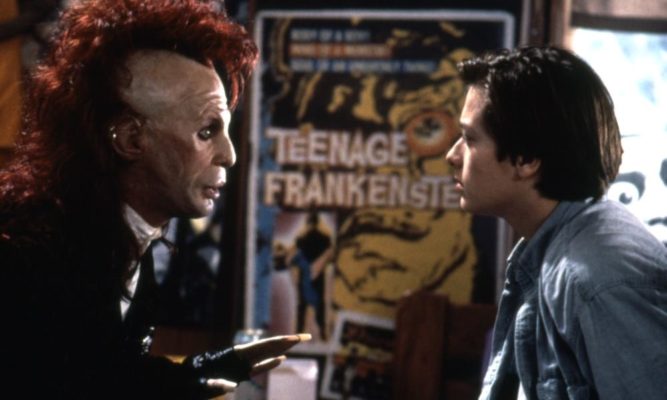 While I still have issues with some of the aspects of Trickster’s presentation (notably the more cartoonish moments of dancing and trashing Michael’s room), I found that I more fully appreciated his presence in the film as the devil on Michael’s shoulder. This is mostly due to recognizing just how good Smith’s performance is this time around. Even if Trickster’s more comedic side is overused and unnecessary, Smith is having a blast, which goes a long way to justifying the character’s inclusion in the film (something I strongly questioned before).

I also feel I was unnecessarily judgmental toward Frank Langella’s performance as the homicide detective on Michael’s trail. I accused him of phoning it in before but I can now see that his performance is modulated in such a way that is meant to keep the audience uncertain of what is and is not reality once Michael begins playing the game.

The game itself is still an issue because it means that a large bulk of the film can possibly be seen as an extended nightmare sequence. Flynn does not nail this question of what is and is not reality, but I felt a more assured hand at the controls this time than I did previously. While Flynn never does overcome some of the more cringe-worthy dialogue given to Michael and his friend Kyle (Jamie Marsh), his handling of the individual suspense and horror set pieces that make up the game is impressive (it really is a shame that he never tried his hand at directing a straight giallo—given how good the first killer’s POV murder scene is here).

BRAINSCAN is no lost or misunderstood classic, but—despite some very rough, early CGI—it holds up better than I have previously given it credit for. Maybe Trickster could have been a franchise villain if Flynn or another filmmaker had found a more cohesive way to incorporate the game into real life in a series of sequels? The film did not do well enough financially to test those waters, but it clearly has had enough staying power over the last twenty-four years that I would not be surprised to see a reboot attempted. Depending on the filmmakers and the approach they took, I might even welcome that scenario. 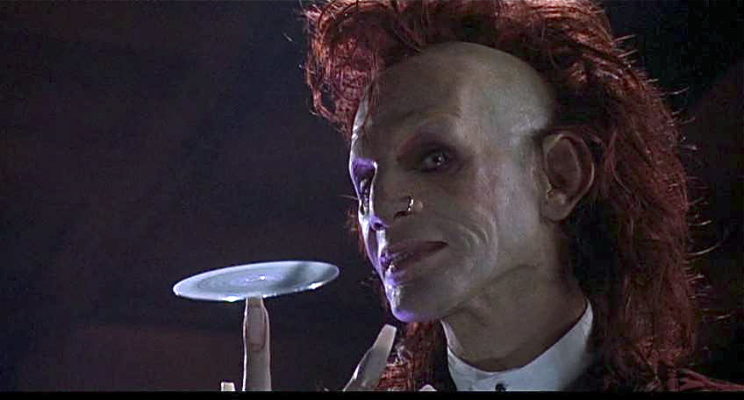 Scream Factory really outdid themselves with the BRAINSCAN Blu-ray. The HD transfer is sharp and sounds great, really accentuating the solid work of cinematographer François Protat and composer George S. Clinton. But the numerous interviews in the special features offer up some real goodies: screenwriter Andrew Kevin Walker details the evolution of the script and how his final draft did not even feature Trickster, Smith talks about how he was cast as Trickster and had to learn on the fly how to act under so much makeup, and make-up effects artist Steve Johnson and Mike Smithson talk coming up with Trickster’s makeup and getting busted by the Canadian border patrol for trying to enter the country without work permits.

Much of the behind the scenes footage covers a very cool looking practical monster puppet that was created for the film’s climax, but ultimately never used. Silly skits of Furlong and Smith (in full Trickster make-up) goofing around on the studio back-lot are surprisingly fun.

The real gem of the Blu-ray is the commentary track of Michael Felsher interviewing Flynn’s son Tara Georges Flynn. The younger Flynn served as the director’s assistant on the shoot, but was present for most of the films that he made from 1977’s ROLLING THUNDER until his untimely passing in 2007. I am a massive fan of Flynn’s, but information about how he worked and chose projects has been hard to come by since he did so few interviews. While the younger Flynn does hedge a bit when it comes to more personal details about his father, the information he provides about his style of directing, how he cast his films, and how he worked with outsized personalities like Sylvester Stallone or Rod Steiger is still fascinating for longtime fans. The commentary track alone makes the BRAINSCAN Blu-ray a must own for Flynn fans. Thankfully, the film holds up well enough that those who simply have fond memories of it should also find it worthwhile.

The BRAINSCAN Blu-ray is available today from Scream Factory. 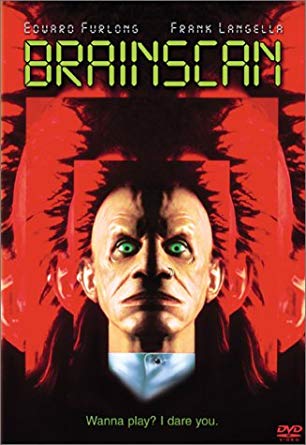