Rob Zombie is one of the most divisive directors currently working. You either love his films or hate his films. There really is no in-between. I fall under the ‘love’ category. There hasn’t been a single one of his films that I haven’t enjoyed. He’s experimented with several different sub-genres. He’s done witches and psychos, high camp to dead serious, even an animated film. 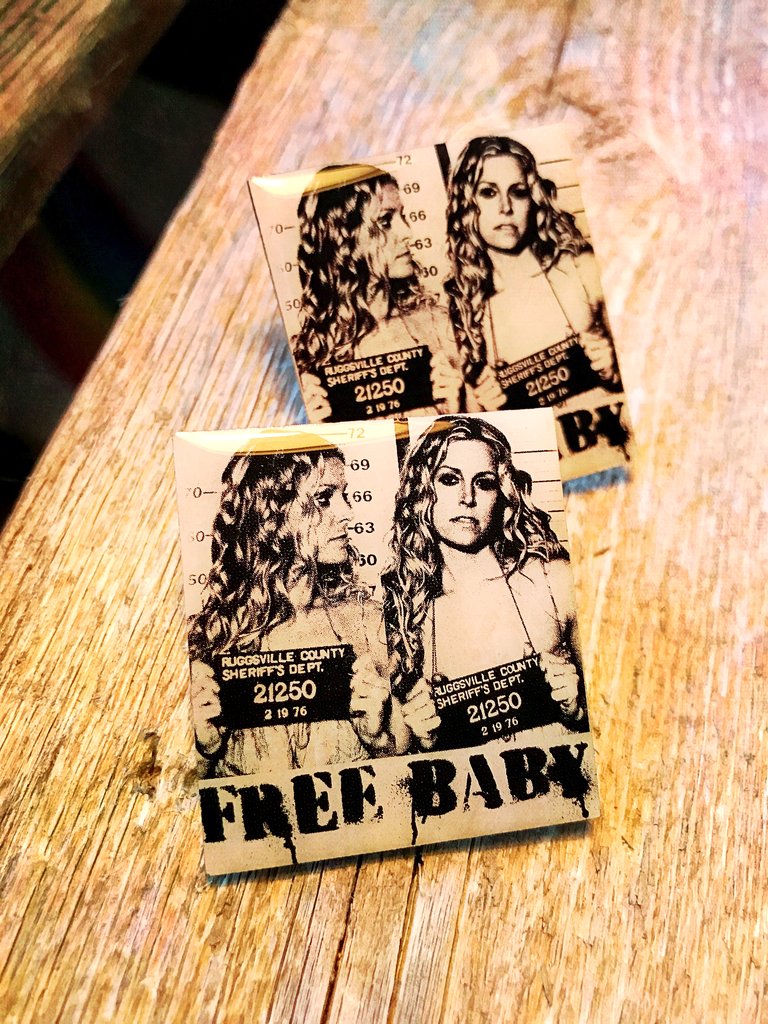 The crowning jewel characters in the Rob Zombie cannon are the Firefly family. First he hit us with the psychedelic ROCKY HORROR PICTURE SHOW meets THE TEXAS CHAIN SAW MASSACRE debut HOUSE OF 1,000 CORPSES, then followed up it up with the brutal grindhouse road movie THE DEVIL’S REJECTS, and now, for the third installment of the Firefly family trilogy, he’s giving us 3 FROM HELL. I honestly don’t know much about it, but oh boy, I’m excited as all-get-out to see it.

The anticipation of the next chapter in the Firefly family is beyond normal fandom — it’s almost a cult. LOCAL BOOGEYMAN, a horror-centric clothing brand, has already started churning out the merch. Now if you know anything about LOCAL BOOGEYMAN, you’ll know that their gear is anything but ordinary. Everything is handmade, and their focus is on a distressed vintage style.

Of course they have the official 3 FROM HELL logo T-shirts. These are officially licensed and super-soft, vintage-inspired material. and pre-shrunk. They are a very limited edition Tee, and final sale. 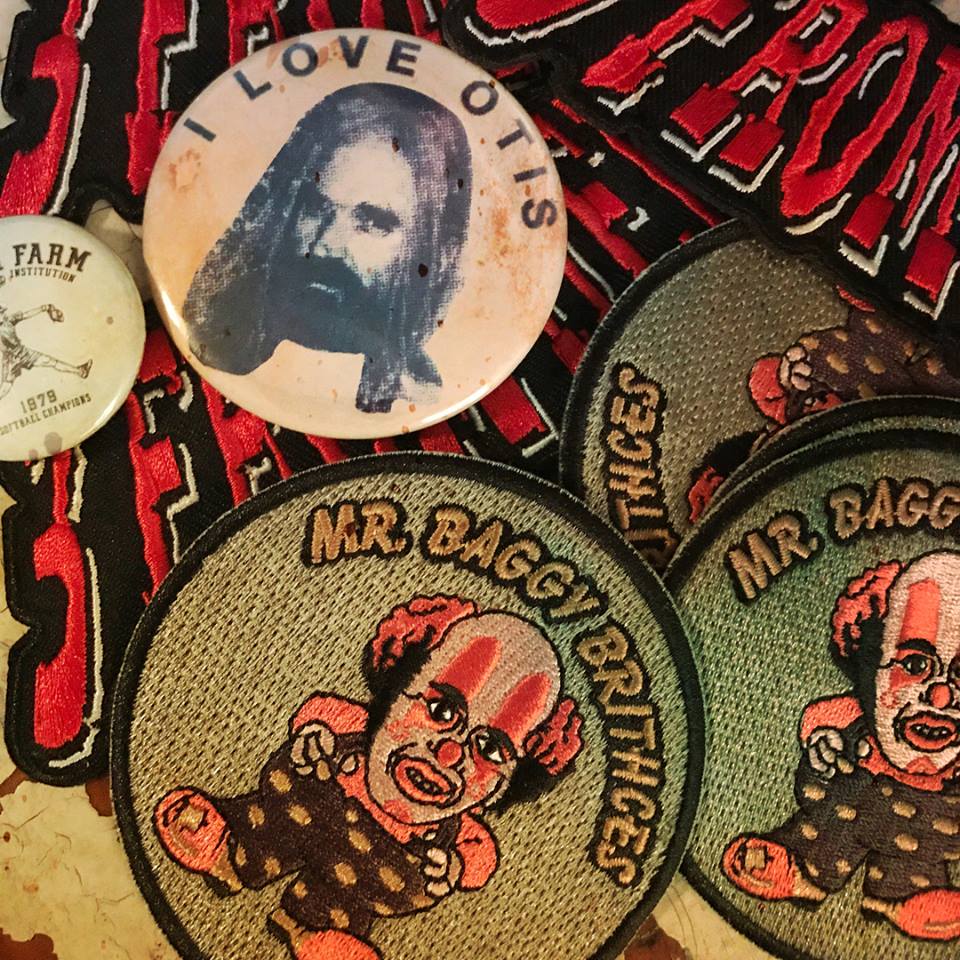 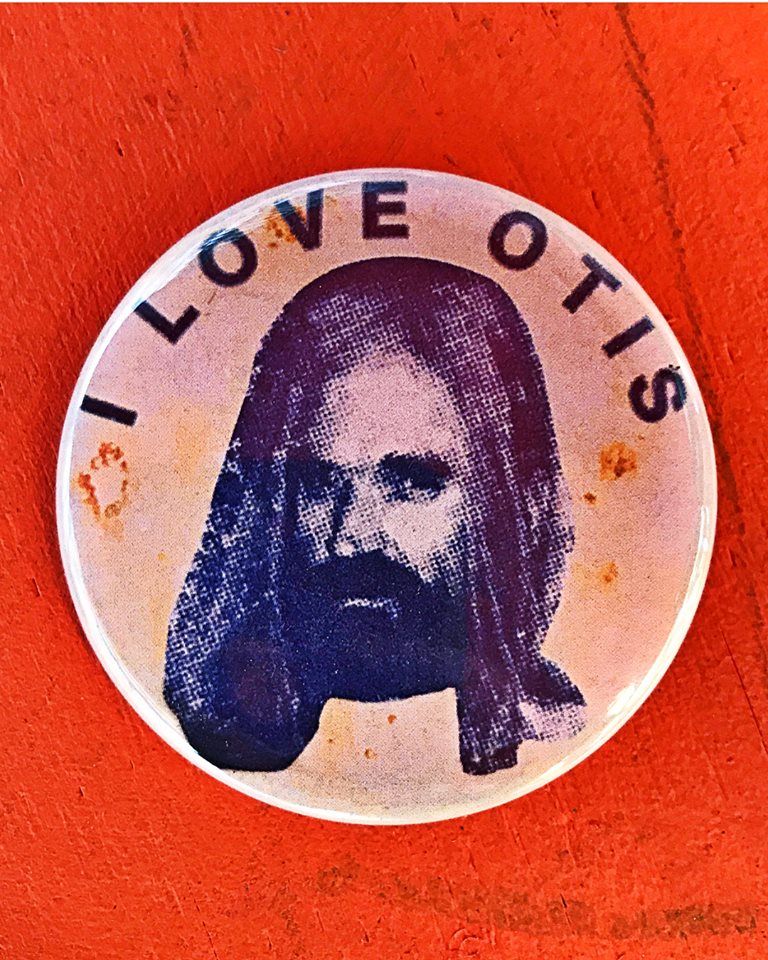 If, like myself, you have way too many T-shirts, or if you want to get in on the merch action without spending too much, LOCAL BOOGEYMAN has 3 FROM HELL logo patches and patches of a new character who not much is known about — “Mr. Baggy Britches,” who will be played by Clint Howard in the movie. 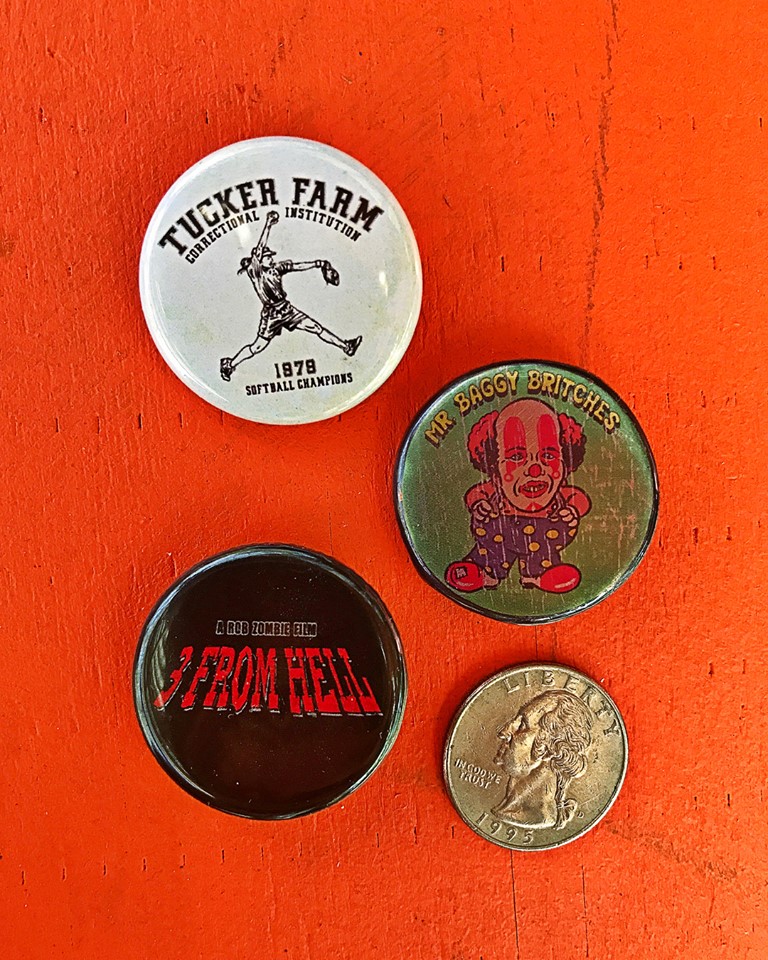 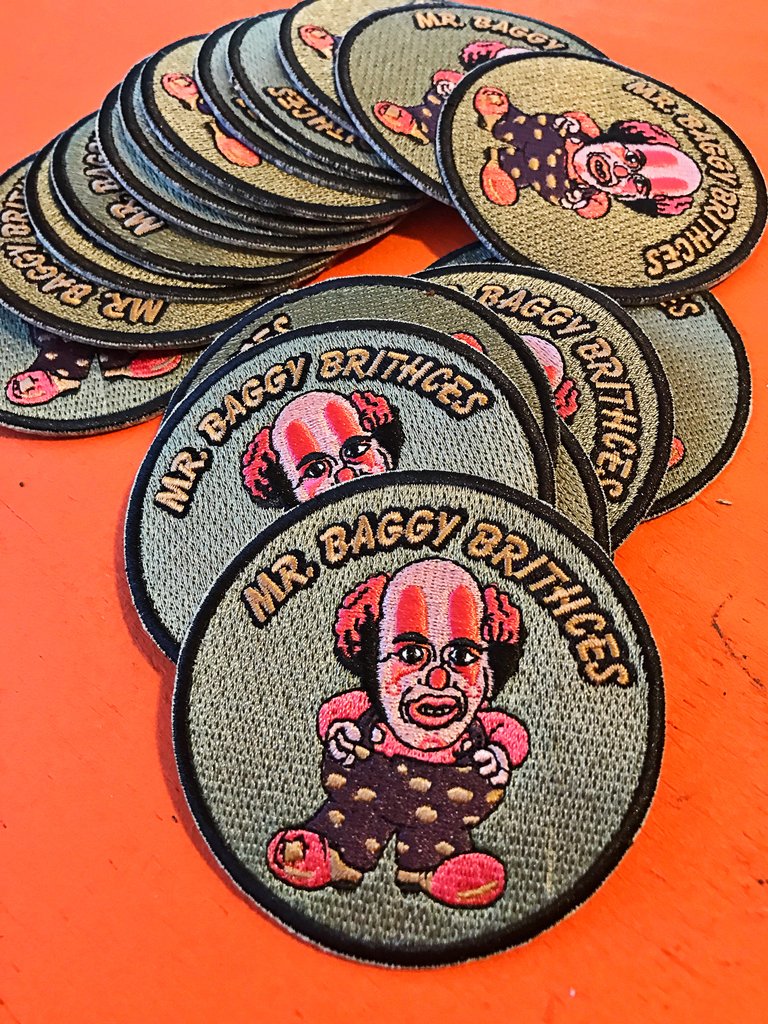 Enamel pins and buttons seem like the hot thing in the horror merch game, and LOCAL BOOGEYMAN knows it. The more flair, the better. He’s offering a 3 FROM HELL button pack that includes an “I love Otis” oversized distressed design, as well as a 3 FROM HELL logo button, a Mr. Baggy Britches button, and a Tucker Farm Correctional Facility button. Besides all that fun, there’s a “Free Baby” lapel pin. So much good stuff, I think my head is going to explode. 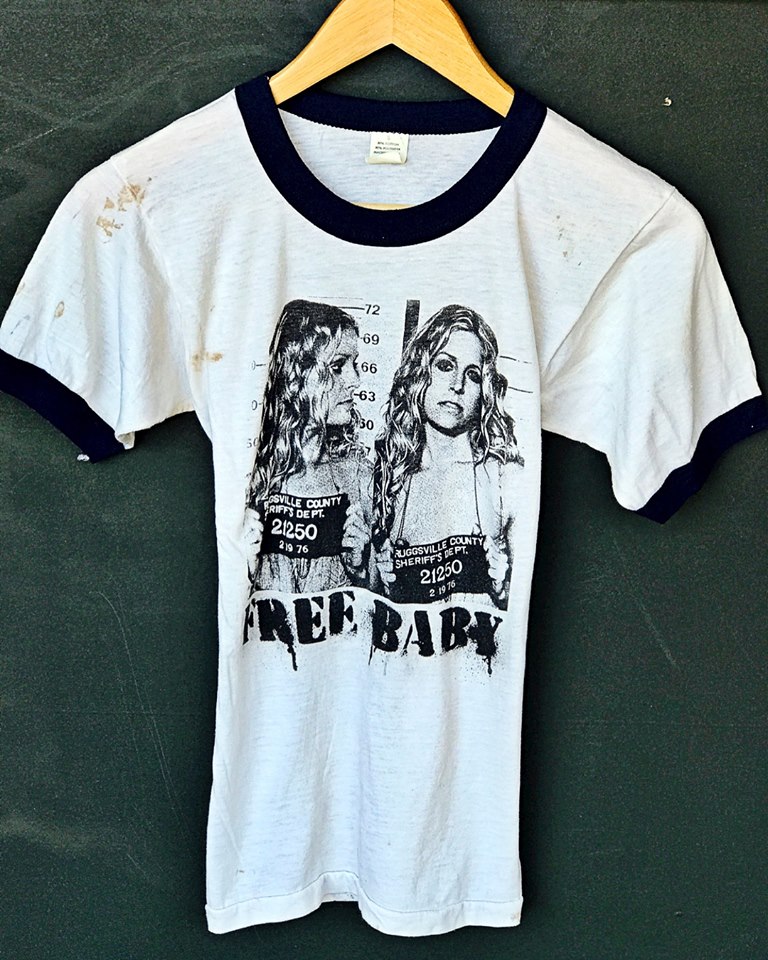 This merch is going fast. LOCAL BOOGEYMAN is already sold out of “Free Baby” T-shirts. They were even offering replica “Free Baby” shirts that were painstakingly hand silkscreened and distressed to look just like the one Sherri Moon Zombie wears in 3 FROM HELL. 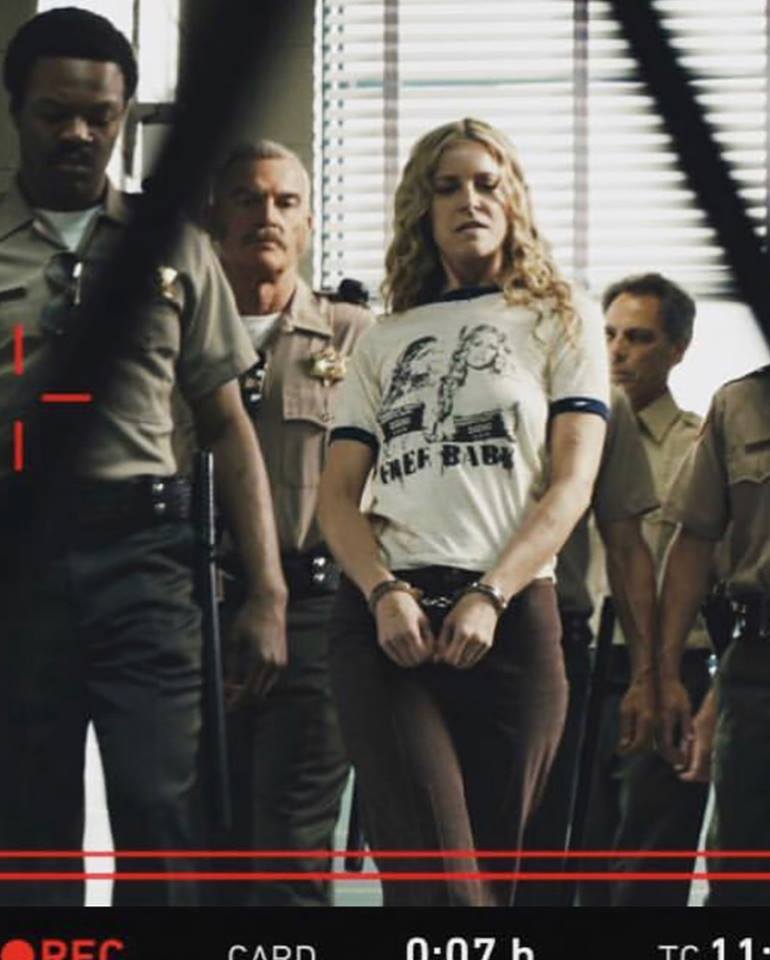 This is your main Ripper, Mr. Germ the Ripper, saying “Love fashion, hate fascism.” Now go get that 3 FROM HELL swag while you still can. You can find LOCAL BOOGEYMAN on all social media platforms, or better yet check em’ out at localboogeyman.com! Tell em’ DAILY GRINDHOUSE sent ya, and as always… stay DRESSED TO KILL! 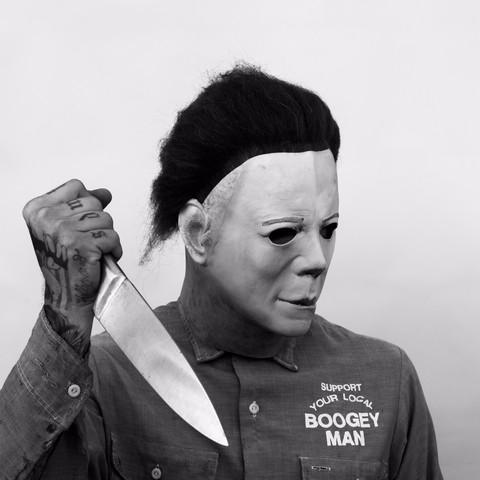