POLTERGEIST is a film that’s been imitated and parodied to death, which made my first viewing full of answers to references of the past few decades of entertainment; from the family who has a ghostly disturbance in their house and have to call experts to help them, to just simply popularizing ghost stories in mainstream film. Writer-producer Steven Spielberg was inspired by THE AMITYVILLE HORROR and THE EXORCIST to make a more family-friendly haunted house film. Films like POLTERGEIST are the reason that PG-13 exists, along with three other films with Spielberg’s involvement in the early 1980s that were too violent for PG and not violent enough for an R rating. 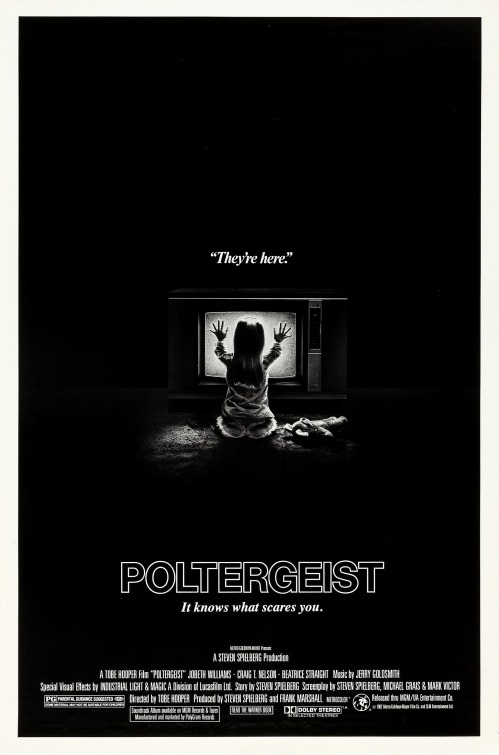 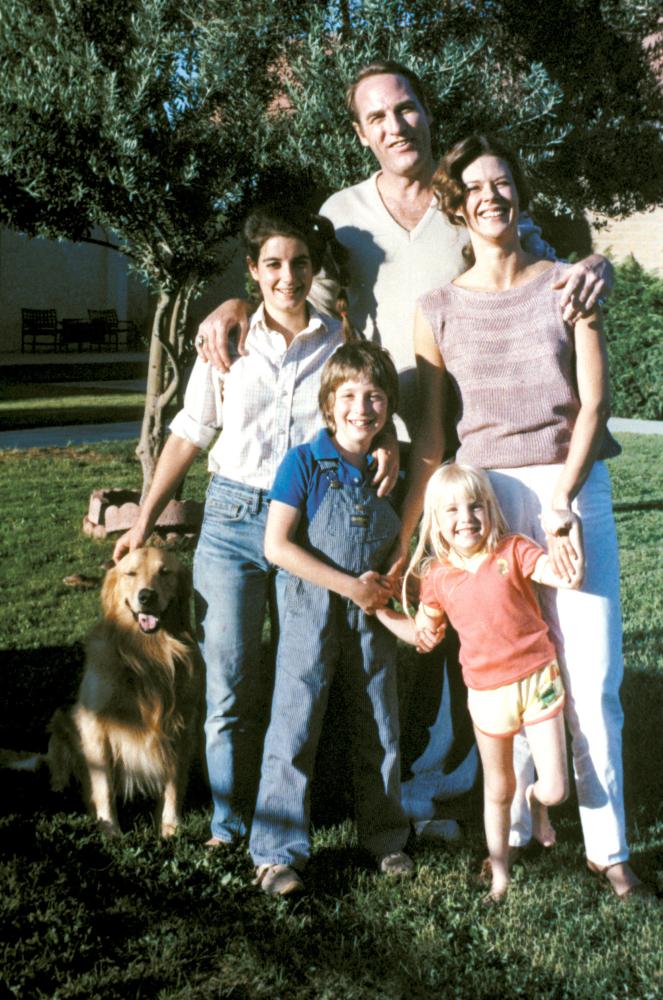 The Freelings live in a perfect Norman Rockwellian home in the Los Angeles neighborhood of Cuesta Verde. The youngest, Carol Anne (the late Heather O’Rourke) wakes up one night and converses with the family television as it dances with static. At first, Diane (JoBeth Williams) finds the ghostly presence in the house to be a fun occurrence that her kids either see as scary or troublesome, while Steven (Craig T. Nelson) is uncomfortable with whatever seems to have his family in a gradual chokehold. Everything takes a dark turn, from breaking glasses and stacking kitchen chairs, to the family tree coming alive to try and eat young Robbie (Oliver Robins) as he sleeps, and Carol Anne gets sucked in a portal in her closet that has her trapped in the house, with only her voice being emitted from the television. 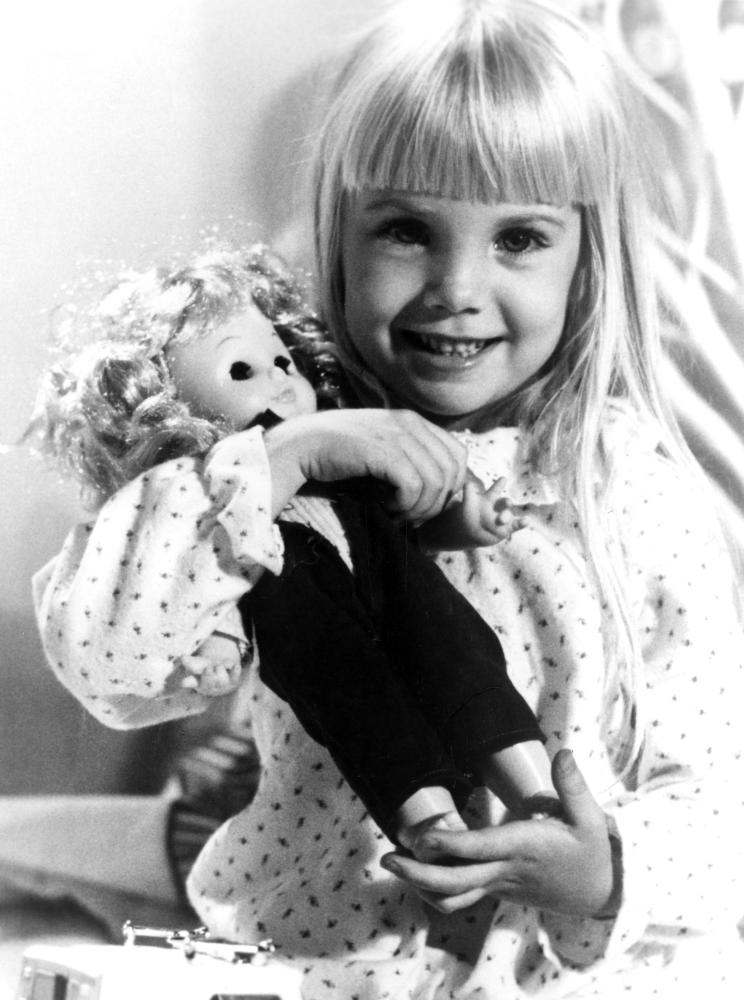 Tobe Hooper’s first big-budgeted studio film (THE FUNHOUSE was produced and distributed via Universal, but was a fairly small production) is his most affected with behind-the-scenes controversial that sometimes gathers more discussion than the film itself. 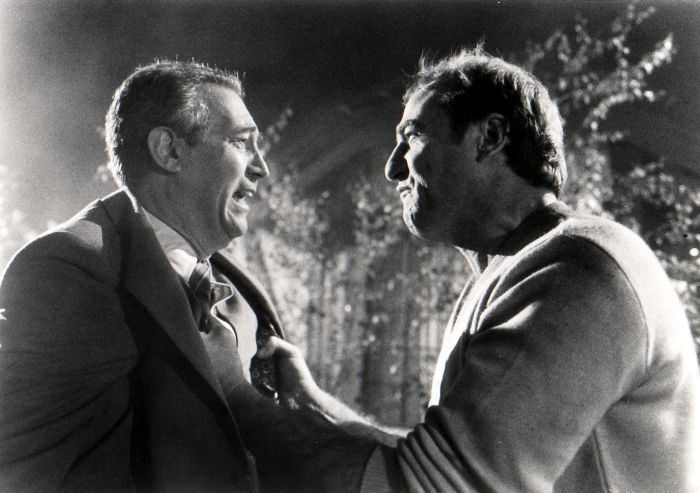 The debate over who exactly directed the film still rages on all these years later. It sparked from a report The LA Times did during the film’s production, when Spielberg was shooting second-unit in front of the Freelings’ house while Hooper was shooting a scene in the backyard involving Robbie. The Times basically ran the story saying that they weren’t sure who was even the director.

Spielberg was an ever-present producer on the film who also helped storyboard the film and rewrote a previous script from his story idea. Hooper was the one who directed the film; he yelled “action” and “cut,” and the film clearly has his style in it, in as much as it moves like a Spielberg picture. The debate is pointless, as it’s a picture that works beautifully as a creative marriage between Hooper and Spielberg. 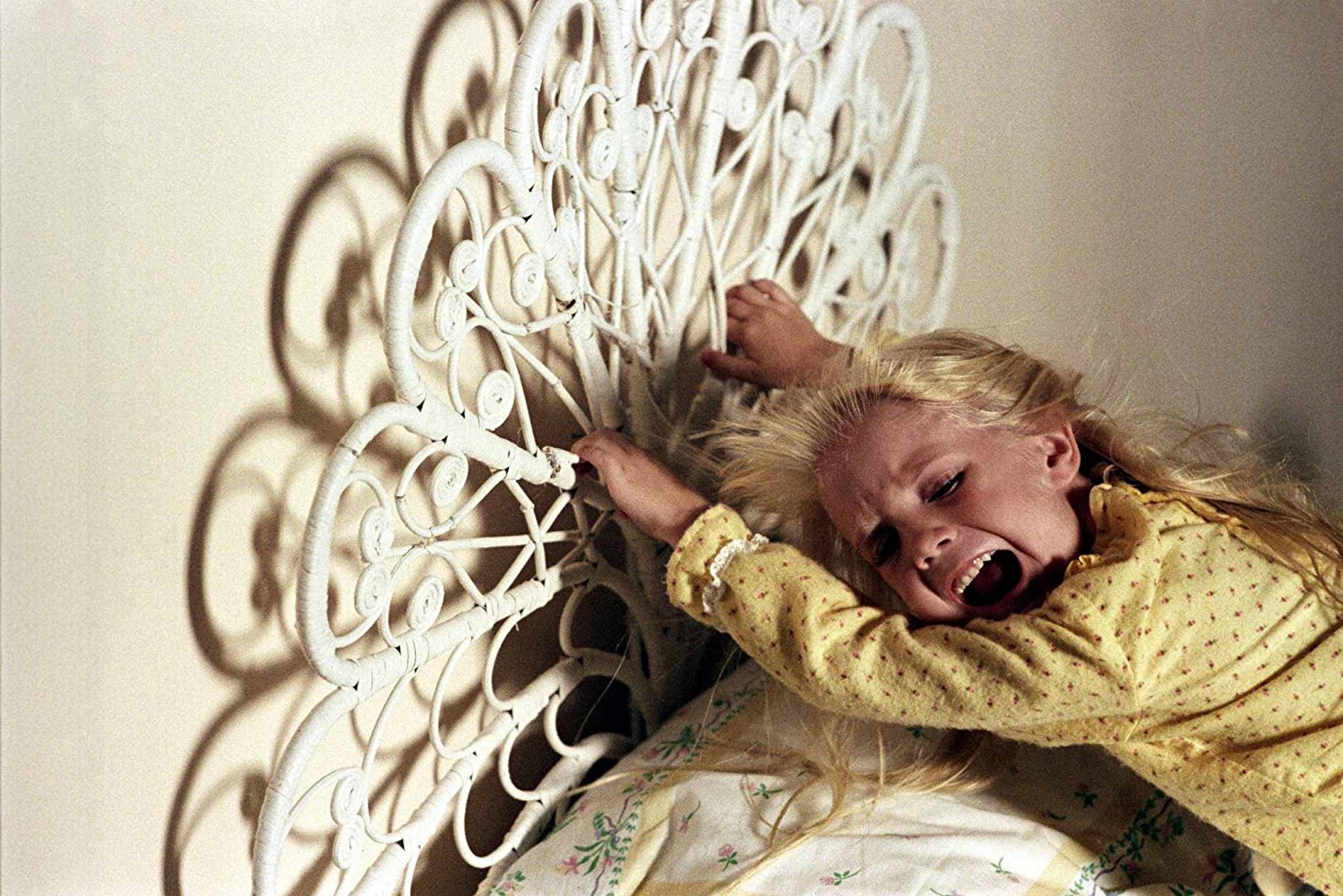 The scares are there and quite effective, but what most drew me in about the film was its commentary on entertainment and how television can hold a grip on even the most traditional, clean-cut and Republican family. O’Rourke’s gaze at the portal in her room is a dead-eyed transfixion reminiscent of a child mesmerized by the colors that fill a television screen. The viewer spends more time through the terrified lens of the parents than the children. The parents’ grasp of their children is challenged through maleficent forces that render them powerless — commenting not only on external forces through the television influencing their children how to behave and think, but also the terror they fear that they won’t be able to guide them into their established family ideologies. Tangina (Zelda Rubinstein) even points out that the presence “knows what scares you” and to not “give it any help, it knows too much already.” 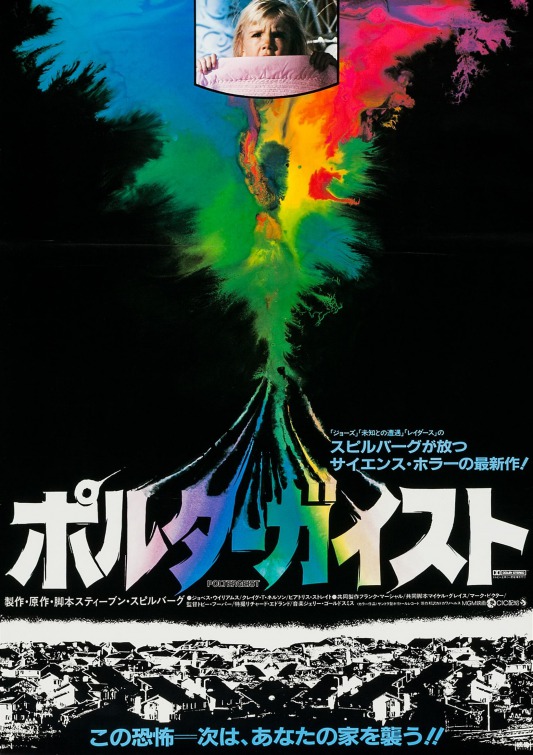 POLTERGEIST is a classic film that you don’t have to preface with any warning that it was the first of its kind. None of the films that were directly influenced by it did the concept better. It’s the original and the best. Its effectiveness doesn’t wan with age because the idea of parents fighting for their children from an unstoppable force will always resonate with an audience. Parents will always feel that they can only control and protect their offspring from so much. You can smile, laugh and keep them safe until one day something comes along to changes your plan for their future. It’s a fear that passes beyond generations or social status and lays dormant under the foundation on the Freelings’ house. It was only a matter of time before it ripped apart their house and left them petrified. 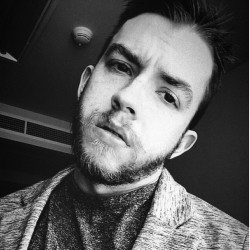