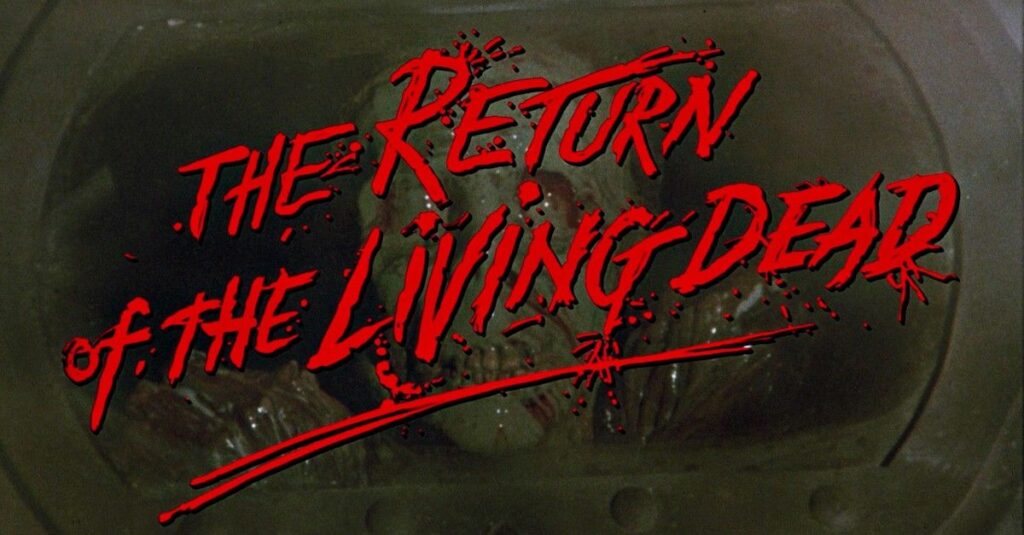 One of the first horror movies I ever remember seeing was RETURN OF THE LIVING DEAD. I instantly fell in love with it. RETURN OF THE LIVING DEAD is one of those films that either instantly resonates with the viewer or it doesn’t. Was the world ready for this completely meta, nihilistic, hilarious tale of punk rockers vs. zombies in 1985? I don’t know. All I do know is that I am eternally grateful to director Dan O’Bannon for making this brilliant film. 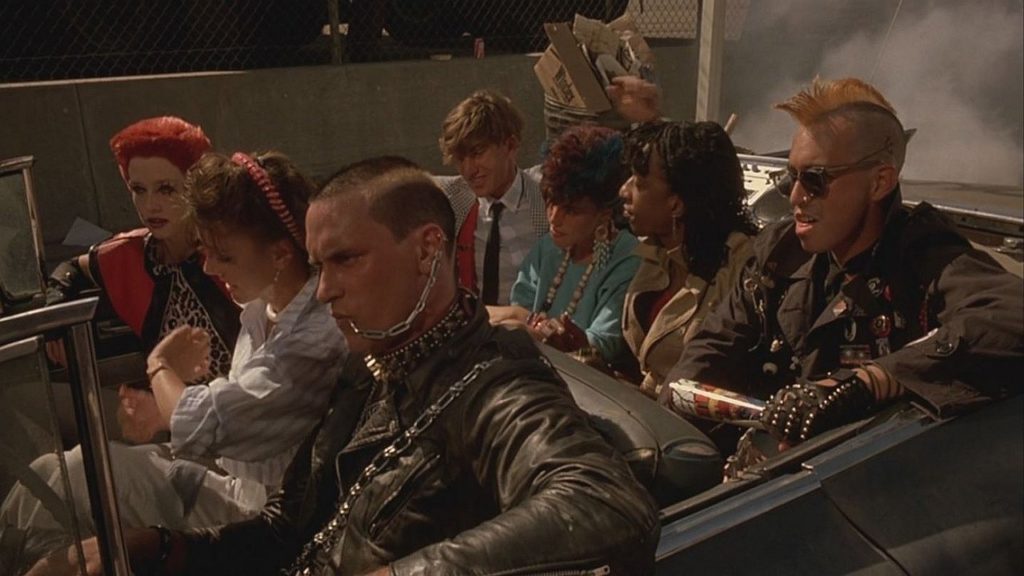 Even though RETURN OF THE LIVING DEAD is set in the middle of the summer, it feels much more like a fall film. What could be more comforting on a crisp autumn day than a well-made flannel shirt? Literally, nothing beats that comfy feeling of being wrapped up in a flannel during spooky season. 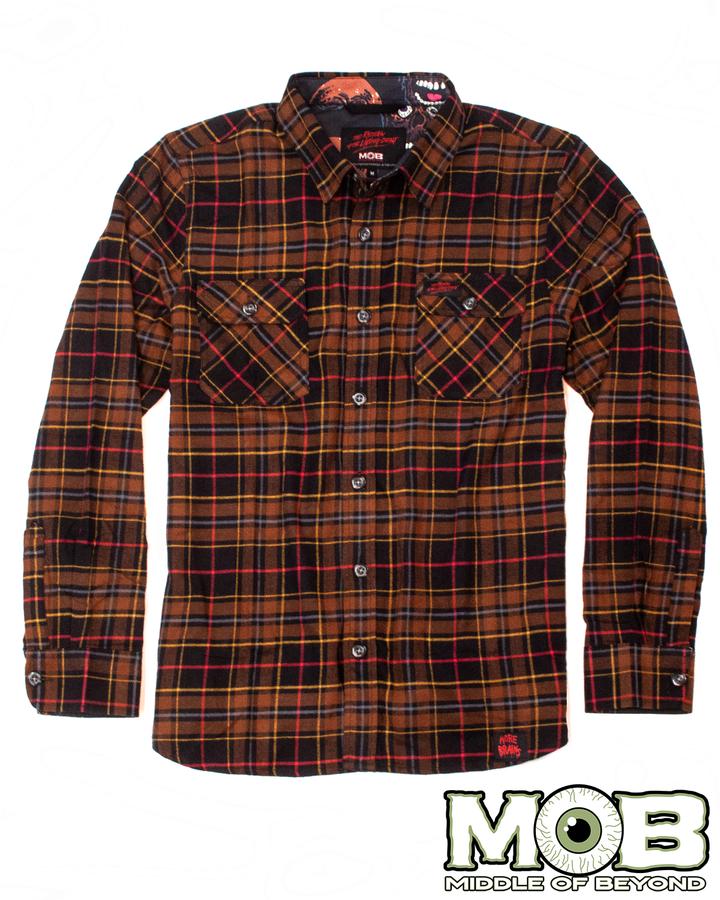 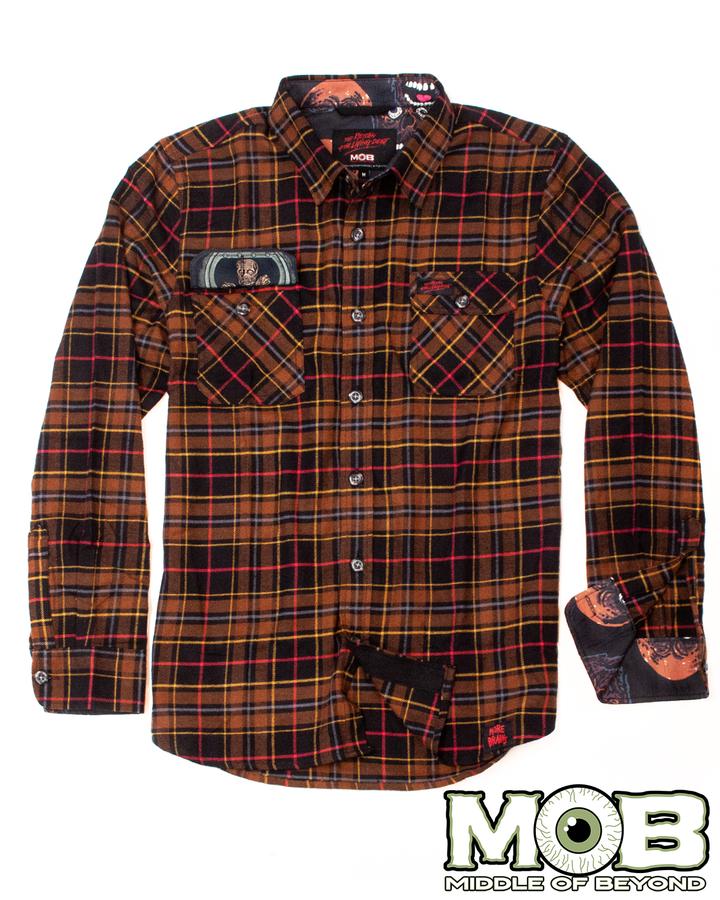 If the unique color pallet used for the flannel wasn’t enough, this designer piece of fandom also features a premium printed design accents on the under pockets, cuffs, and collar of everyone’s favorite goo-bucket “Tarman.” Also featured are branded RETURN OF THE LIVING DEAD and “More Brains” tags on the shirt pocket and waist. 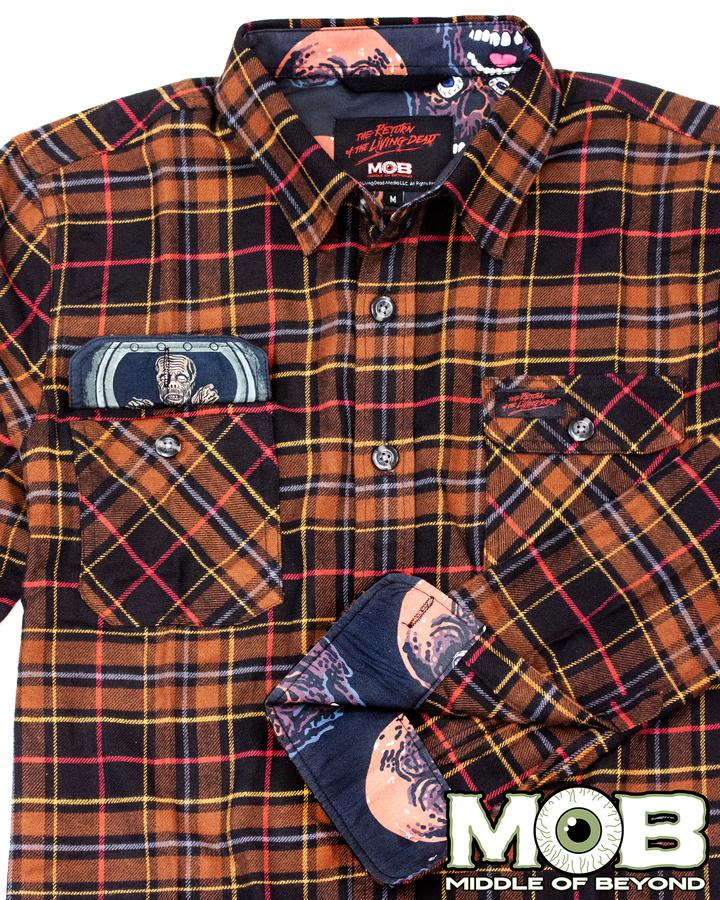 This is an officially licensed RETURN OF THE LIVING DEAD collector’s item, so you don’t have to worry about any lame bootleg garbage here. The shirt is made of custom yarn-dyed woven midweight twill, and it is double brushed to make sure those colors pop and stay where they are supposed to. 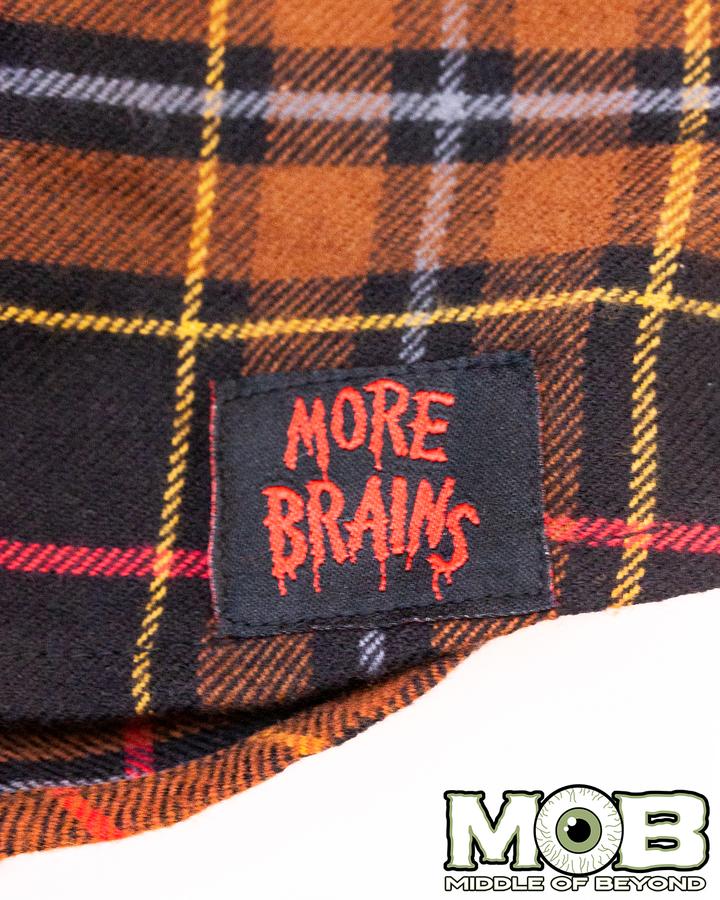 If you are a fan of the RETURN OF THE LIVING DEAD, then get your butt over to middleofbeyond.com. You’re going to have to look your best when the acid rain falls and it’s party time. Tell ‘em DAILY GRINDHOUSE sent ya, and as always… stay DRESSED TO KILL!