Anyone who is familiar with any aspects of the service industry understands the stress of dealing with people and their constant needs. With the rise of the smartphone also came the emerging new transportational aspects of the service industry, in the form of ridesharing apps. New jobs, new services, and new ways of dealing with people and the various problems that they constantly carry with them wherever they go. Director Glenn Payne’s DRIVEN presents us with one quite frustrating night in the life of a rideshare driver, who not only has to deal with her own figurative demons, but some quite literal ones along for the ride. 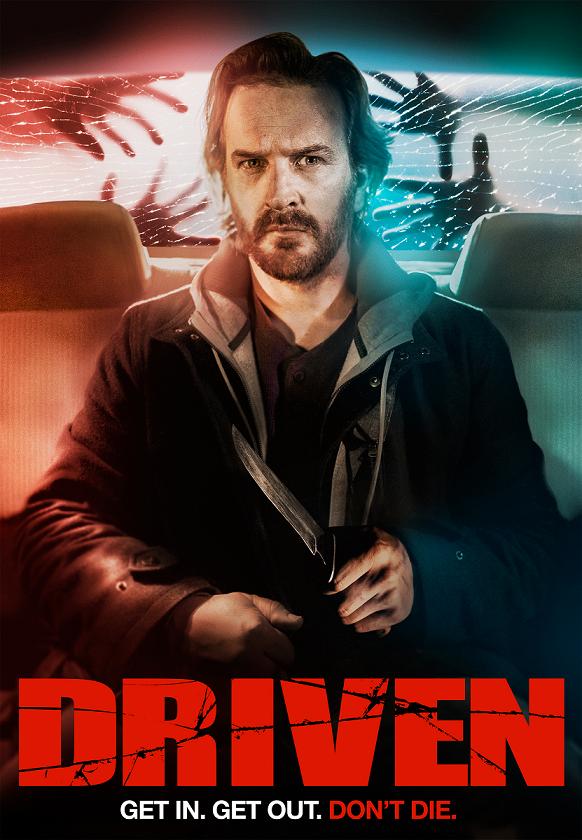 The quite lovely Casey Dillard plays a quite frustrated aspiring comedian, Emerson Graham, who spends her nights driving away from her problems. In between putting up with annoying riders, she practices her routines while routinely avoiding open mic nights, due to her lack of courage. On this particular night, she gets quite a bit more than she signed up for, in the form of Richard Speight Jr.’s mysterious Roger. 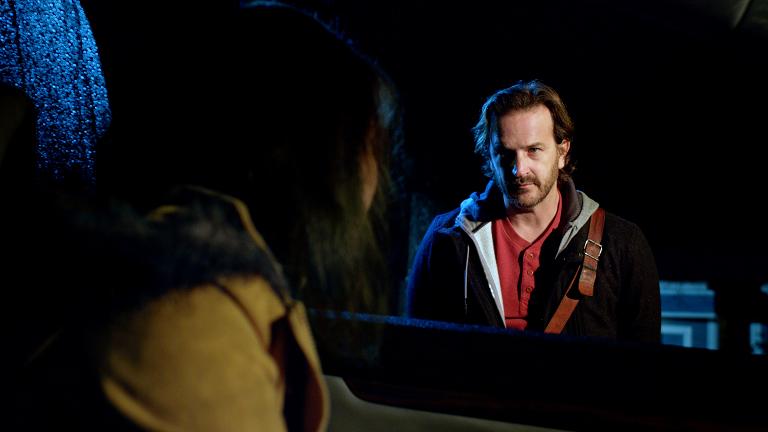 Along with being nervous around women and not being much of a people-person, Roger has a bit of a demon problem. It seems that Roger’s very promiscuous grandfather opened up some kind of a portal several years back, giving his family the exclusive “pleasure” of attempting to get rid of unnamed creatures who just love to possess authority figures and generally wreak havoc, albeit on the down low. Roger doesn’t even know what to call them, making it quite clear that they are “demons, for lack of a better term.” The two spend much of the film going from place to place, killing “demons,” gathering necessary talismans, and chewing what little scenery exists in a film that takes place entirely in a rideshare car. 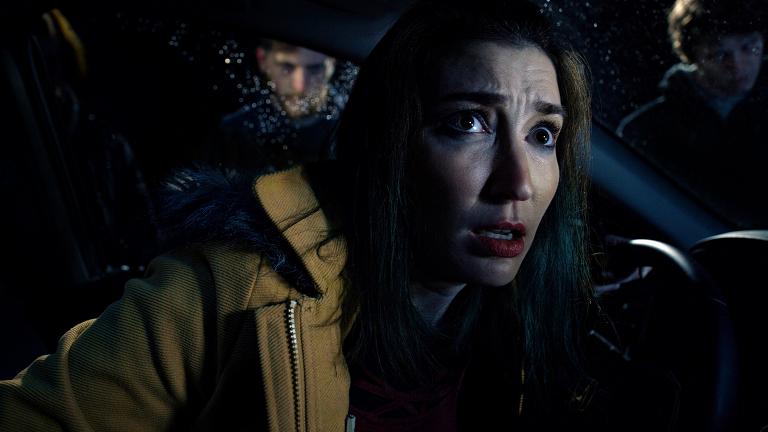 What Roger is actually doing makes very little sense, as we only see what Emerson is able to view from the distance of the car. Is he killing these people, or is he setting them free? How does he go about stopping them? How do they go about possessing people, and how are the two of them supposed to stop themselves from being possessed? Roger’s exposition / backstory comes across as muddled, convoluted, and garbled meaningless supernatural babble. For a supposed horror movie, very little is actually scary. Oh, we know when we’re supposed to be scared, yet every “scare” comes across as sort of a window dressing for a terror not truly represented. 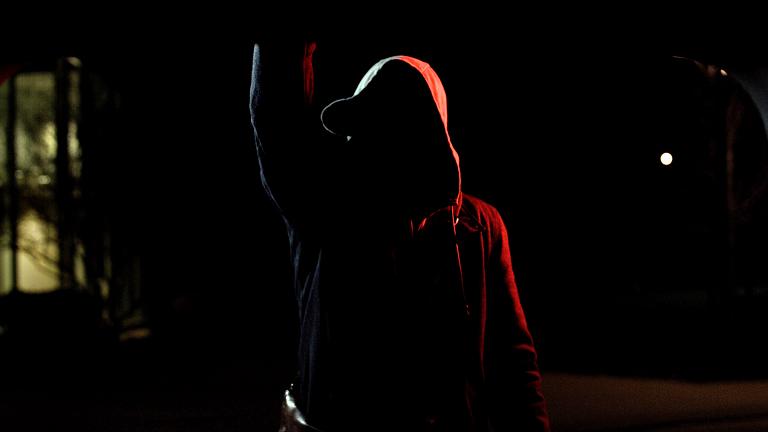 DRIVEN does not frighten and certainly doesn’t make much sense at all, but guess what? I don’t care. The chemistry that develops between our two protagonists is something so rarely seen in these kinds of films that it makes me wonder if the “flaws” are really flaws at all. It’s almost as if the more their relationship develops, the less their surroundings do. The whole film could fall apart around them, and I wouldn’t even care, because watching them play off of each other is simply delightful. I care about the two characters, not because I’m afraid of what might happen to them, specifically, but because I want their unlikely relationship to continue, if not actually function as a relationship. I became more worried about their possible separation than their actual fate. And the dialogue. I love love love the dialogue in this film. I don’t care that what spews from Roger’s mouth makes no sense, because I love the way that it was written. What the film refuses to deliver in horror is more than made up for in laughs. It’s not even jokes per se, and there’s no real physical comedy, but the humor is only overshadowed by character work. Also, it’s refreshing to see a “horror movie” where the characters actually have arcs and achieve goals, as opposed to merely surviving the film. There’s no “gotcha” shock ending ruining the previous narrative, and no obvious set-up for a sequel. I like the fact that I would want a sequel ONLY because I loved the characters. It’s nice.