The two films of Chester Novell Turner are, to put it mildly, an acquired taste. Shot on video in the mid-‘80s with the bulk of the work done by the self-taught Turner along with help from his star Shirley Latanya Jones and various family members, the films feature (obviously) non-professional acting, dialogue and music that seem to be fighting for attention and visual quality that’s crude even by the standards of the SOV horror films that overran video store shelves at the time. 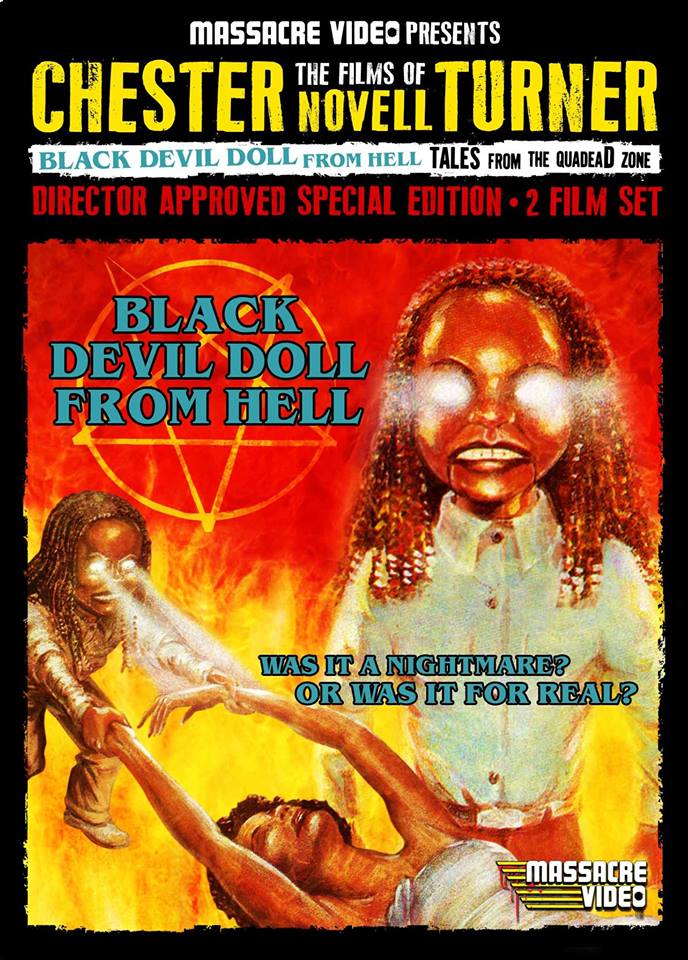 Click on the Box Art to Order from Amazon!

However, the fact that both BLACK DEVIL DOLL FROM HELL and TALES FROM THE QUADEAD ZONE are still being talked about by seekers of horror curiosities now, to the point where Turner is currently on tour promoting the films at revival screenings across the country, is a sign that there’s something genuinely compelling about them. It’s not just the rarity of the cassettes (the self-distributed QUADEAD is highly sought after on the VHS collector circuit), as nobody’s really pining for the likes of VENUS FLY TRAP or WAVE OF TERROR despite their scarcity – Turner’s films may have plenty of technical limitations, but they come from a vision that’s solely his, and that he never had any previous film experience makes his output all the more unique. Massacre Video, who found Turner after rumors of his death had swept through the fan community for years, has just released both of his films on a 2-disc DVD set, giving a great peek at genuinely microbudget filmmaking from the ‘80s by adding some fantastic special features, but still keeping the look and feel that SOV aficionados have come to love intact.

BLACK DEVIL DOLL, shot under the title THE PUPPET, is the story of Helen Black (Jones), a churchgoing, virginal woman who scolds her friend at her suggestion that she just needs to get laid. One day while shopping at a local thrift store, Helen spots a black ventriloquist’s dummy and shows an interest. The shopkeeper tells her that the doll was owned by an “east Indian,” and that it’s been said to grant whatever is the owner’s heart’s desire, then lets her know that the doll has come back to the shop inexplicably several times. After mulling it over and dismissing the owner, Helen gives in and buys it. 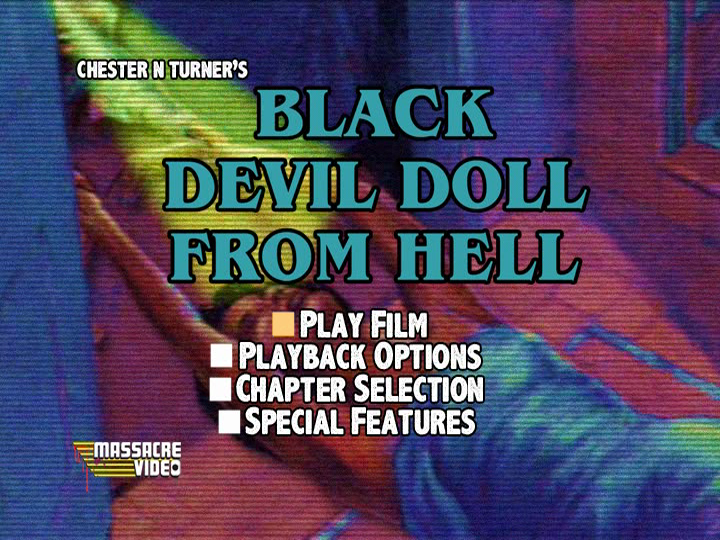 Things, naturally, get stranger from there, as the doll begins to grant her “heart’s desire” by acting an an insatiable love object. She objects at first (I’ve heard it described as “rape,” but when it comes to supernatural puppet dolls that exist solely to grant deeply subconscious wishes, it seems a bit too bizarre to fit into any word English has invented.) and then can’t get enough of his sweet loving, all depicted in relatively graphic detail, as the topless Jones gleefully embraces the more lurid nature of the plot.

Helen panics when the doll vanishes, and soon begins searching for men to satisfy her newfound sexual needs. None, however, come up to the standards of the doll, and Helen’s search leads to the one climax that she doesn’t want. 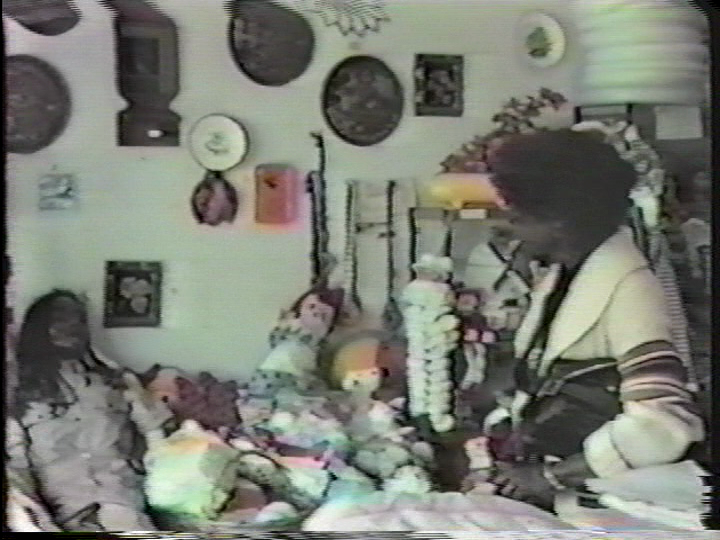 Massacre’s main version of the film runs 87 minutes, but the disc also includes the version of the film released by Hollywood Home Theater on VHS that runs 70 minutes. The shortened version loses some of the doll seduction and replaces the credits with obscenely long ones, ditching Turner’s Casio-synthesized score with a hilariously awful (and completely inappropriate) rock track by David Ichikawa. Presented with no chapter stops, this is the version most people are probably familiar with, and while it’s a bit more quickly paced, it feels a bit “off,” as we lose some conversation and the music and credits just feel like a completely different SOV movie.

BLACK DEVIL DOLL is undeniably a compelling bizarre film, a morality play with uncomfortable nudity, strange dialogue and some genuinely unsettling special effects. The doll is clearly cheaply done, but Turner honestly does a fantastic job at making the doll look creepy, with its extra-long tongue and occasional recasting as a young boy in walking scenes just adding to the oddness. The effect of combining unusual dialogue with off-key line readings, coupled with occasionally having those line readings being unlistenable due to music or wind, creates a glimpse into a world that’s unlike anything else before or since, with one exception.

That exception is TALES FROM THE QUADEAD ZONE, the anthology film that Turner made after BLACK DEVIL DOLL, distributing it by taking it himself to video stores in Chicago and Alabama. Despite the title, the 62-minute film features only three stories, including one wraparound in which a woman tells the other two stories to her invisible son that serves as the final entry. 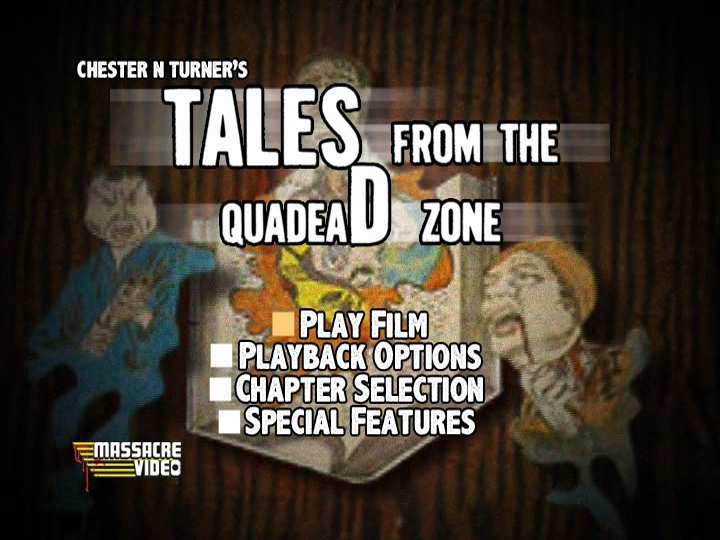 “If you like your terror adult and strong, well, come here, you can’t go wrong,” the screening introductory narrator (Turner) shrieks. “Dolls will kill, the dead will too. It’s all right here to entertain you.” We then enter the world of a woman (Jones again) talking to her son, whose presence is depicted by a fairly impressive effect involving a chair cushion being pushed in. She begins to read from him from a book called “Tales from the Quadead Zone,” because, well, that’s exactly what invisible ghost children want to hear.

The first story, “Food For?” is the more fascinating of the two, a bizarre tale of a family of eight who only have enough food on the table for four of them. It feels as though it’s going to become a story about cannibalism, but Turner takes it in entirely different direction, resulting in an ending you wouldn’t have guessed even if you’ve seen every “Twilight Zone” episode. “The Brothers” follows the two siblings, one of whom dies of a heart attack. His kin takes his sibling rivalry to extremes, dressing him as a clown. Then things get weird. Eventually, we get back to the mother and her deceased son, and the pair end up in a confrontation with the boy’s father, and eventually the boy isn’t alone in the wild world of the Quadead zone. 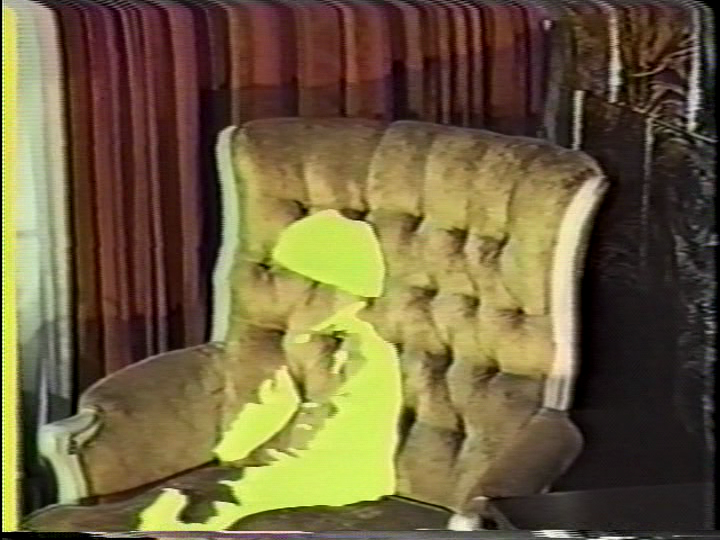 With multiple stories and a shorter running time, there’s more going on in QUADEAD and the pacing is fairly swift, save for a long monologue in the “Brothers” segment riddled with the sound issued that plagued parts of DEVIL DOLL. While it’s often inexplicable, it’s rarely dull, and even if the expression on your face is one that reads, “I am continuing to watch this because I have absolutely no clue as to what could happen next” rather than “I am watching this out of enjoyment,” it’s a difficult movie to look away from.

Massacre Video has done a service with the DVD transfers of both of these movies. The movies themselves, of course, look like they’ve just rolled off a VHS transfer system in 1986, and even though they’re from Turner’s private laboratory, the same tracking problems that occasionally cropped up in the previous video incarnations are present here. They haven’t really been cleaned up, but it doesn’t matter, as the charm of these movies is their rough around the edges (and for that matter, everywhere) feel. 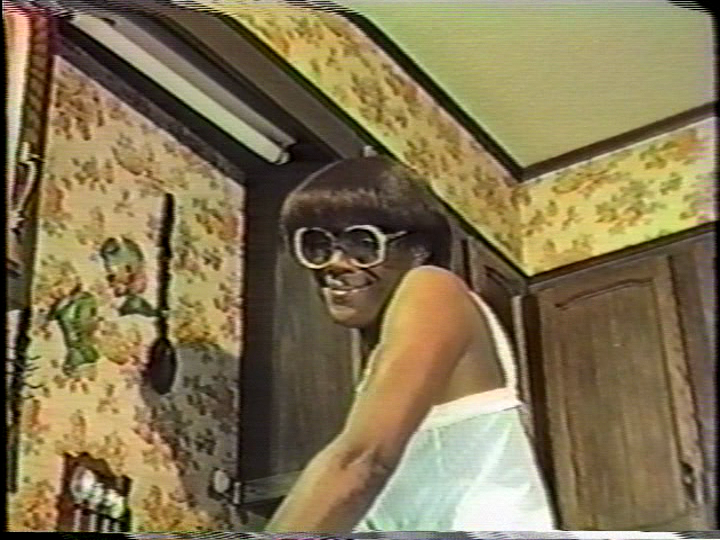 Both titles also include commentary tracks by Turner and Jones, and the two have a great time talking about the making of the films. Unlike a number of older films where it’s hard to wring information out of decades-old memories, the long process it took to make each film is an attribute here, as it clearly was a huge part of their lives for a while. It often feels like hanging out with two friends watching home movies, especially when Jones applauds her fake orgasm skills. A phone call seems to cause the conversation to cut out occasionally on QUADEAD, but overall, they’re both hugely entertaining tracks.

Massacre has also included the new 30-minute documentary RETURN TO THE QUADEAD ZONE, featuring interviews with Turner and Jones. While some of the information they convey is redundant with the commentary, it’s still great listening to the excitable Turner talk about his work, going into great detail as to the methods they used to create the effects and distribute the films. A still collection includes a couple movie zines that covered the film, and trailers for other Massacre Video releases are also included. 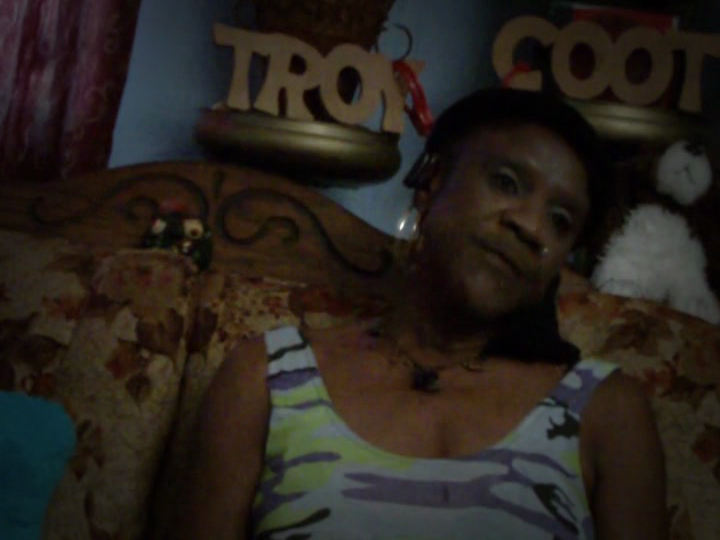 BLACK DEVIL DOLL FROM HELL’s strange legacy begat an unofficial “remake” by the name of simply BLACK DEVIL DOLL a few years ago, which mostly served as a reminder of the uniqueness of the original.  Eschewing any kind of sincere vision for racist, misogynist humor, the “remake” lacks any creativity other than throwing a bunch of boobs and aggressively offensive witless jokes at the screen. BLACK DEVIL DOLL FROM HELL has lurid elements in it because they’re part of Turner’s creative vision, while BLACK DEVIL DOLL exists solely because it’s trying to offend you as much as possible.

Calling Turner’s films “bad” (as plenty of people have) or even “so bad they’re good” seems beside the point – “bad” has to be in relation to something else, and there’s virtually nothing, even in terms of SOV films, that you can compare them to fairly. They’re essentially the cinematic equivalent of outsider art, and judging them next to MAGIC or CREEPSHOW isn’t just unfair, it’s just plain incorrect.

So, yes, “acquired taste.” But if you’re looking for a microbudget horror flick that will be unlike anything you’ve ever experienced before, Massacre’s Chester Novell Turner collection should be in your shopping cart by now. 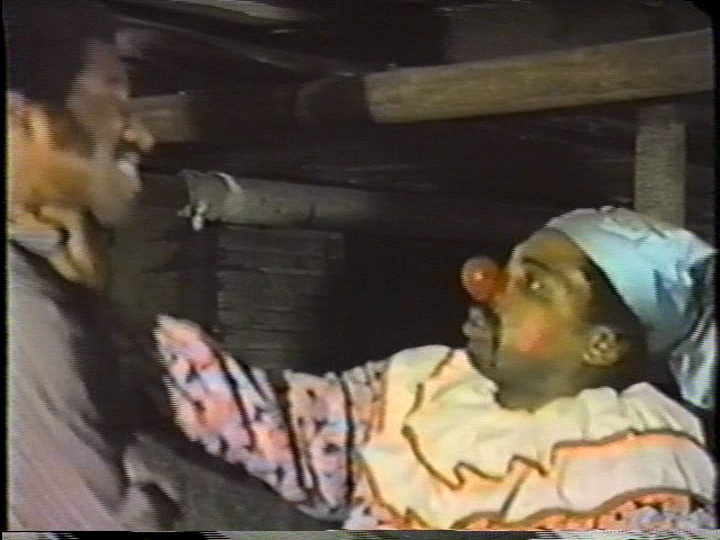