While the beginning of September may signal back to school time, some of us know that the sign of kids on their way to school with their new Trapper Keepers or MTVs or twerkings or whatever the hell kids have these days means one thing – Halloween is on the way. It’s a time to schedule which local horror movie film festivals to attend, what costumes to put together, and more importantly, how to prepare your household for the annual celebration of mirthful morbidity.

For some, however, this obsession isn’t limited to early fall. Jonathan Morken’s new documentary HALLOWEEN HOME HAUNTS, distributed through Apprehensive Films, chronicles eight folks who take their festive décor to extremes, spending much of their free time in planning and executing public set-ups to spook the hell out of all of the stray trick-or-treaters who must make their way through a cavalcade of horrors just to get a “fun size” 100 Grand bar.

To be fair, at least one of the hauntmakers mentions that the a full-sized candied reward awaits for any kid brave enough to make it past the carefully orchestrated spook show to the front door.
The making of homemade Halloween attractions was also the subject of Michael Stephenson’s recent doc THE AMERICAN SCREAM, but while Stephenson’s film focused more on the personalities behind the projects, HOME HAUNTS emphasizes the technical aspects through interviews with the subjects via the occasionally on-camera Robert Hayes, and each segment ends with a walk-through of the display itself, giving you a good idea as to how it all comes together.

Because of this different tactic, HALLOWEEN HOME HAUNTS serves as a fine companion to THE AMERICAN SCREAM, and you get a feeling of the genuine passion that the hauntmakers have for the environments to create.  The film follows a natural progression from more home-centric maestros of macabre to professional haunters like Joel Watson of Heartstopper’s Haunted House, allowing each person (or in one case, family) to delve into what they do, and how they do it. We also get some highly entertaining reactions of hauntgoers right after they’ve managed to escape the carefully orchestrated paths of certain doom, and their exuberantly nervous giggling makes for a fine cap to the proceedings. (It is noted that, occasionally, “accidents” have to be cleaned up.) 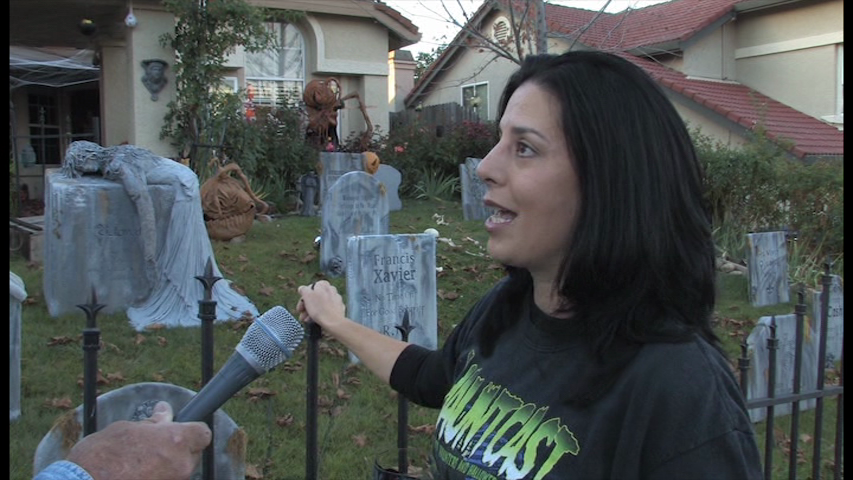 HALLOWEEN HOME HAUNTS is a relatively light film, and at times it reminded me of the roller coaster documentaries that seemed to be omnipresent on video in the ‘80s, featuring a history of the coaster followed by a run-through that put you in the front car.  I still love watching these films, and while HALLOWEEN HOME HAUNTS is a different subject matter, the concept – showing viewers how they’re going to scare the crap out of you, and then successfully doing it – is the same.

Anyone who spends late October admiring their neighbors who went all-out for their Halloween set-ups should get a real kick out of HALLOWEEN HOME HAUNTS.  And if you’ve got a copy hanging around, you can relive the season any time of year, well before those little rapscallions make their way back towards school.

HALLOWEEN HOME HAUNTS, to be released on DVD and Blu-Ray on September 17, can be pre-ordered online via Amazon here. 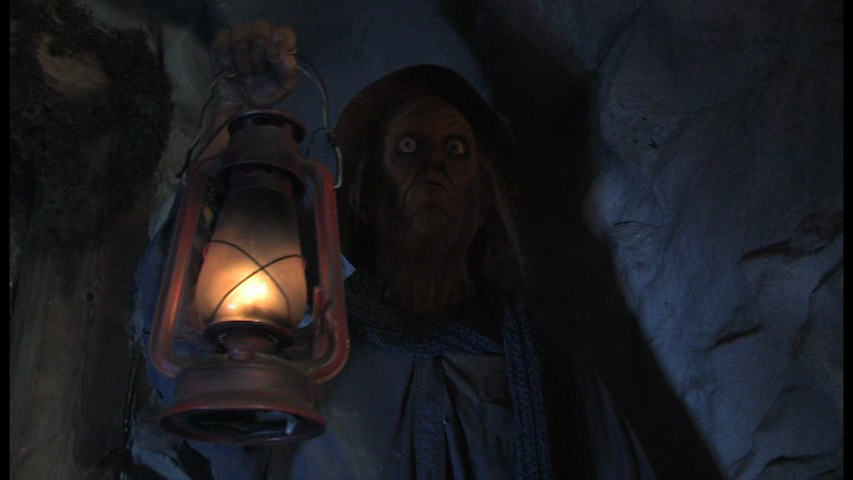