The Italian film industry is fascinating, and for the dedicated genre and exploitation enthusiast the decades of the 60s through the 80s were particularly interesting. Constantly swayed by what films were popular at any given time, the Italian studios would crank out countless variations on successful formulas. The Spaghetti Western and the Giallo may be the most well-known (and among the longest-lasting) genres of this trend-chasing craze, but more modest hits spawned smaller movements. One of these was the short-lived “Nazisploitation” cycle that followed in the wake of Liliana Cavani’s THE NIGHT PORTER (1974), Don Edmonds’s ILSA: SHE WOLF OF THE SS (1975) and Tinto Brass’s SALON KITTY(1976). Many of the Italian Nazisploitation films made their way to the U.S. on video store shelves under any number of different titles, making them highly sought-after by exploitation fans looking to revisit the films they watched on VHS. Intervision and Severin Films have now brought two of these films to the U.S. on DVD: Rino di Silvestro’s DEPORTED WOMEN OF THE SS SPECIAL SECTION (1976) and Cesare Canevari’s GESTAPO’S LAST ORGY (1977).

Silvestro had already made two exploitation classics by the time he made DEPORTED WOMEN OF THE SS SPECIAL SECTION: WOMEN IN CELL BLOCK 7 (1973) and WEREWOLF WOMAN (also released in 1976). DEPORTED WOMEN reflects Silvestro’s interest in taking his material very seriously, even when it’s in as questionable taste as an exploitation film set in a Nazi prison camp. The principal story follows Tania Nobel (Lina Polito), a Polish prisoner, brought by train to a camp run by Herr Erner (an outrageous John Steiner). As a soldier, Erner had previously encountered Tania, and he is ecstatic to have her under his power. Erner tries to break Tania’s will while her fellow prisoners suffer the attentions of the violent Kapos (female prisoners given special authority as guards) and desperately try to plan an escape. 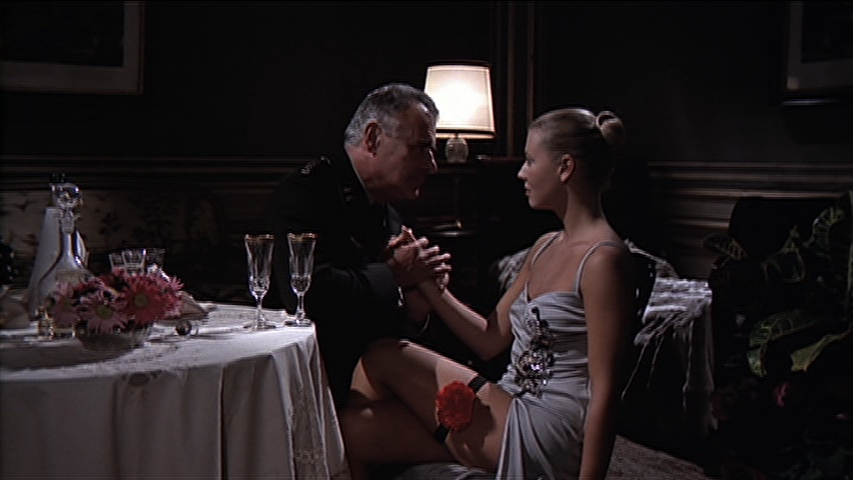 By the standards of the genre, DEPORTED WOMEN is very well made and not as exploitative as many of its contemporaries. Silvestro carefully researched the hierarchy of such prison camps, and the film presents a version of life in such a camp that is more realistic than cheaper “Nazisploitation” films that would follow it. That is not to say, of course, that there are no exploitation elements here: the film frequently shows its female prisoners in the nude, and there are scenes of male and female guards fraternizing with the prisoners (sometimes consensually, sometimes not). The film as a whole is light on gore, although Tania’s final strike against Herr Erner is a spectacular exception. As difficult as these films often are to watch, DEPORTED WOMEN is an example of one which was made with some care (including a typically great score by Stelvio Cipriani) and at least a nod to historical authenticity.

Historical authenticity was clearly less of a concern in the production of GESTAPO’S LAST ORGY, appropriately released in the States on home video under the truly unbelievable title CALIGULA REINCARNATED AS HITLER. Director and co-writer Cesare Canevari lifts this film’s plot almost wholesale from THE NIGHT PORTER: at some point after the end of World War II, former camp inmate Lise Cohen (Daniela Levy) reunites with the commander of her camp, Conrad von Starker (Adriano Micantoni). They rendezvous at the ruins of the camp where she was held and wander the grounds, occasionally stopping for Starker to declare his love for Lise while she stares off into the distance, remembering the atrocities committed in this place. Starker, blinded by his lust for Lise, seems to have no idea why she has brought him here when he wants to take her away with him to South America. Suffice to say that she has a different idea. 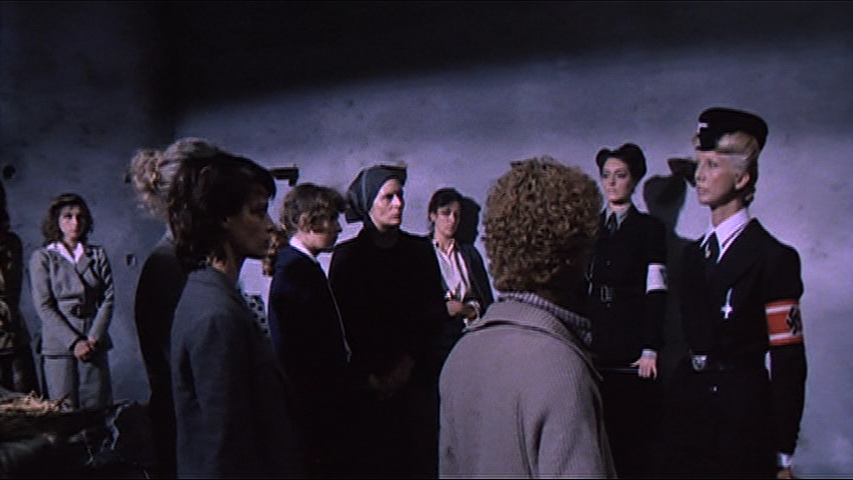 While he spends his time trying to put the fear of death into Lise, his second-in-command Alma (Maristella Greco) starts to become jealous, lashing out at the inmates mercilessly. Only the camp doctor provides Lise with any sort of sympathy, and eventually she learns to value her life, but at the expense of any sympathy she may have had for her fellow prisoners. Virtually nobody gets out of GESTAPO’S LAST ORGY looking anything like a decent human being; everyone here is just varying shades of evil. Gruesome and bleak, GESTAPO’S LAST ORGYearns its reputation as one of the most notoriously unpleasant films of an already seriously unpleasant sub genre. 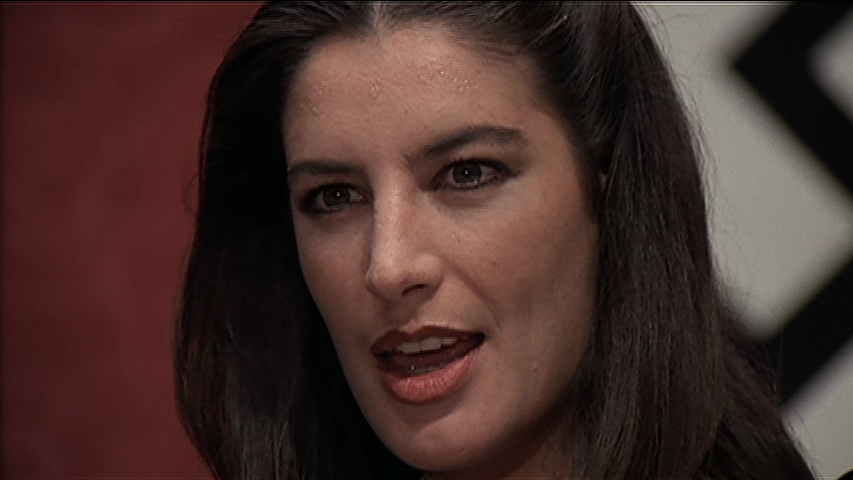 Intervision’s new DVD releases of the films both include a nearly 40-minute featurette entitled “A Brief History of Sadiconazista – Interview with Film Historian Dr. Marcus Stiglegger.” This is a fascinating interview, in which Dr. Stiglegger traces the roots of the “Nazisploitation” style from anti-Nazi propaganda during WWII through Italian art films and Israeli pulp fiction and finally to the late 1970s exploitation films. This is an invaluable interview that helps put the films into their proper historical context. The DVD of DEPORTED WOMEN OF THE SS SPECIAL SECTION also includes a nearly half-hour interview with director Rino di Silvestro (who passed away in 2009) and a ten-minute interview with star John Steiner. Both of these interviews are very entertaining and informative, and well worth a look for anyone curious about the making of the film.