Roberta Findlay was a genuine grindhouse filmmaker. As in, she (along with her husband Michael) made films that played the legendary 42nd street grindhouses, shooting roughies on the cheap in and around New York, a contemporary of filmmakers like Andy Milligan and Doris Wishman. The Findlays together may be best known for the “Flesh” trilogy (THE TOUCH OF HER FLESH, THE CURSE OF HER FLESH, THE KISS OF HER FLESH) starring and directed by Michael, shot and scored by Roberta. The Findlays, like Wishman, kept up with the times and moved from roughies into hardcore features in the 70s, and Roberta kept up a prolific pace throughout the decade and continued in the 80s, although in her later career she transitioned to directing low-budget horror films such as BLOOD SISTERS and PRIME EVIL. The exploitation historians at Vinegar Syndrome have released a new double-feature disc of two of Roberta Findlay’s 1970s films, once again giving dedicated exploitation fans a peek at what really played those mythical theaters on The Deuce.

THE ALTAR OF LUST (1971) was Roberta Findlay’s first film that she directed without a co-directing credit with her husband Michael, although both the Findlays provide the voices for all of the film’s dialogue. In ALTAR, Viveca Hansen (Erotica Lantern, voiced by Roberta Findlay) visits psychiatrist Dr. Rogers (Fred J. Lincoln appearing under the name “Tony Vincent,” voiced by Michael Findlay) to determine whether she can be “cured” of lesbianism. The film plays out as a series of sex scenes tied together with scenes of Viveca and Dr. Rogers in his office, and looks very much like a Doris Wishman film in that no one is ever shown speaking on-camera. The first sex scene uncomfortably recalls Findlay’s previous work in roughies, as Viveca tells the story of how she was raped as a teenager by her stepfather Hans (C. Davis Smith, a frequent cinematographer for Doris Wishman). It sets a bleak tone for the rest of the film, but none of the other scenes in the film are anything like this first one. 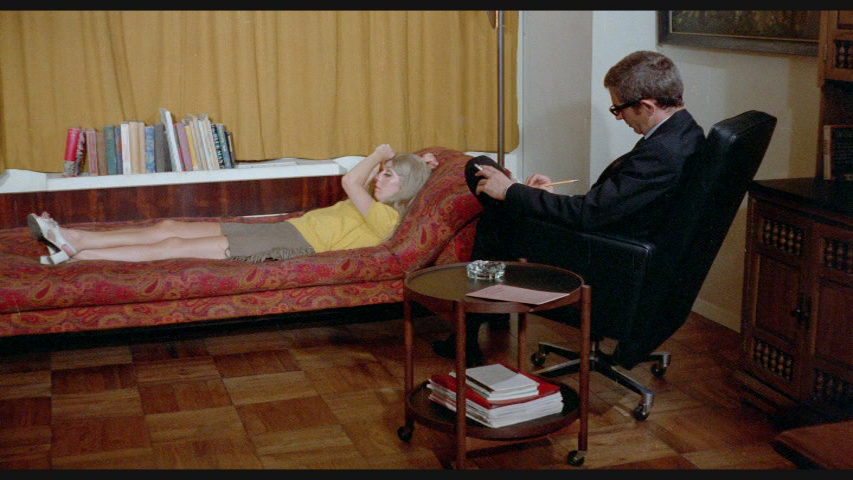 Viveca’s “problem” begins when she catches her live-in boyfriend Don (Harry Reems, credited as “Stan Freemont”) cheating on her with a young woman named Marie (Suzy Mann). Marie invites Viveca to join them, but is much more interested in Viveca than Don. This encounter angers Don, who the women push aside entirely, and excites Viveca, who quickly forgets her anger at Don’s infidelity. After this, Don and Viveca attend a swingers’ party in the hopes of patching things up, but Viveca’s attention is immediately drawn to a beautiful young woman named Linda (Laura Cannon, star of Andy Milligan’s FLESHPOT ON 42ND STREET). Luckily for Don, a belly dancer at the party (Arlana Blue) is happy to spend some time with him. Another similarity the film has with Doris Wishman’s work is its bizarre, abrupt ending, in which Dr. Rogers proposes a highly unusual treatment for Viveca’s problem. They have sex on his couch, and Viveca pretends Dr. Rogers is Linda, and then the “THE END” title card plays. Your guess is as good as mine.

The second film on the disc is 1974’s ANGEL ON FIRE (aka ANGEL NUMBER 9). At this point, Roberta Findlay had directed a few other films after ALTAR, so the quality of her filmmaking had much improved. This film also features many more familiar faces from the New York adult film scene of the 70s, and much more of an actual storyline than ALTAR. 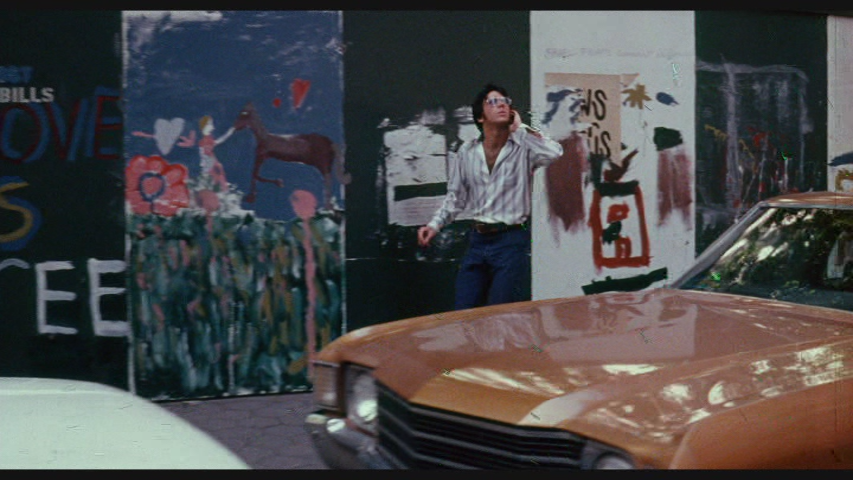 Steven (Alan Marlow) is a total bastard. When one of his girlfriends, Carol (Judy Craven), tells him she’s pregnant with his baby, he viciously berates her and throws her naked out of his apartment. Watching him from Heaven is Angel #9 (Jennifer Jordan, who played the title role in Joe Sarno’s ABIGAIL LESLIE IS BACK IN TOWN), who manipulates events so that Steven is run down by a van. He goes to Heaven, where Angel #9 explains that he is going to be returned to Earth as a woman to learn what it feels like to be treated the way he treats women, and when he falls in love with a man who behaved the way he did, he will be able to return to Heaven.

And so Steven returns to Earth as Stephanie (Darby Lloyd Rains), where she puts her new body to use right away in a tryst with the guy who drove the van who ran her over. Stephanie manages to convince one of Steven’s girlfriends of her incredible story of being returned from Heaven, and she introduces Stephanie to photographer Jeff (Jamie Gillis). Jeff is just as big a bastard as Steven was, and before long Stephanie finds herself in the same situation as poor Carol, pregnant with the child of an irredeemable, uncaring lothario. In a bit of neat symmetry, Jeff gives Stephanie an almost word-for-word reprise of Steven’s farewell speech to Carol, leaving her weeping and begging for Heaven to take her outside his apartment. This character arc is compelling despite the film’s somewhat goofy concept, mostly thanks to a solid lead performance by Darby Lloyd Rains. ANGEL ON FIRE is another example of how adult cinema in the 70s aspired to more than just titillation. 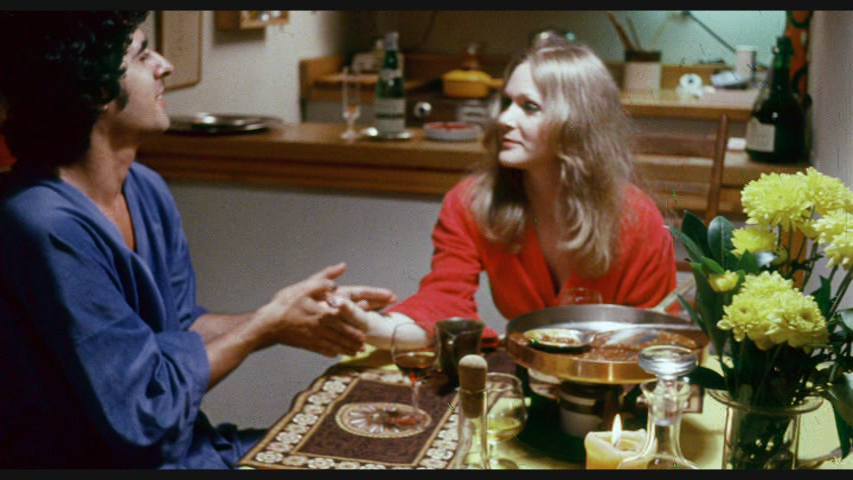 Vinegar Syndrome presents these films scanned and restored from the best available elements: THE ALTAR OF LUST, scanned from the film’s 35mm camera negative, has a little visual noise but probably looks as good as it did when the film originally played on the big screen, if not better. ANGEL ON FIRE, scanned from a 35mm theatrical print, looks considerably rougher and any opening and closing credits the film might have had are missing entirely. This makes sense, given that the print from which it came was no doubt run through a projector countless times, and Vinegar Syndrome has done a great job restoring the film. It may look a little rough, but this is as good as it could possibly get given the source material. These films are interesting artifacts of the heyday of real grindhouse cinema, and anyone looking for a good introduction to Roberta Findlay’s films should find this a good place to start.