Introduction to the Fist – Let’s talk about kung-fu…

Actually, that’s a bit too limiting. Let’s talk about the world – specifically, the world of the 1970s.

Mexico was (of course) policed by a bevy of masked crimefighting lucha-libre wrestlers, Italy was being terrorized by a series of black-gloved killers (and later zombies, and later cannibals), and the US was packed with vigilante cops and returning Vietnam vets looking for vengeance. But over in China there was a whole new breed of hero developing; one that would soon enrapture the entire world. 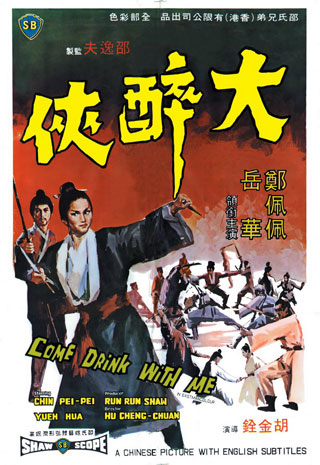 Actually, referring to these heroes as “new” is a bit disingenuous. Chinese martial arts date back over 4000 years, while martial arts films date back to nearly the dawn of cinema – and certainly it would be unfair to completely ignore those early wuxia films of the 1920s and 30s, or the incredibly popular series of 99 (!)Wong Fei Hung films (starring Kwan Tak-hing) released between the 40s and 60s.  Even the styles that were to define the genre in the 1970s were starting to develop in the second half of the 60s – most notably in Shaw Brothers productions like Temple of the Red Lotus (1965) and Come Drink With Me (1966).

So, let’s talk about the kung-fu world of the 1970s. Let’s talk about Jimmy Wang Yu, Chang Cheh, Bruce Lee, Jackie Chan, King Hu, Sammo Hung, Lau Kar Leung, Ti Lung and Gordon Liu. Just some of the folks who defined the martial arts films of the period, and who would usher in an era of big fights, big emotion and – eventually – big stunts.  And this is the era, from 1965 until pretty much the end of Shaw Brothers in 1985, that is going to get the most ink in this column. 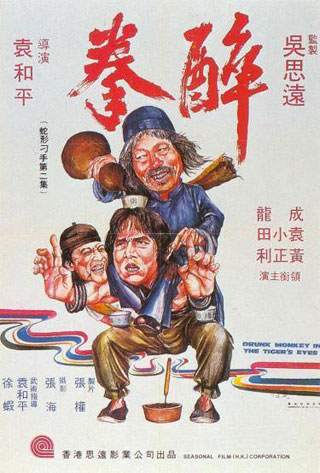 Each week we’re going to focus on a single martial arts film or personality, spending most of our time on the most notable titles, actors and directors but allowing for special columns on new releases, underground oddities, or simply things I feel deserve your attention. While the 1965/1985 era is going to get the most attention, everything is up for discussion. And while I’m most interested in the Chinese kung-fu cinema of that period, I’m certainly open to discussing the samurai, karate, and ninja films that were coming out of Japan during the period, as well as the American imitations, rip-offs and misguided tributes.

Now, I want to preface by stating that I don’t pretend to be an expert in Martial Arts films or Martial Arts in general. While I’d love to be Bey Logan, I’m just a particularly enthusiastic fan of the genre that has the ego to believe that by examining these films we can unlock a few new insights – or expand the minds of those who are skeptical about the genre as a whole. I’ve seen my fair share of kung fu films, but part of the excitement of this column comes from a sense of discovery – and I’m hoping that my enthusiasm for these movies and their history comes through loud and clear. 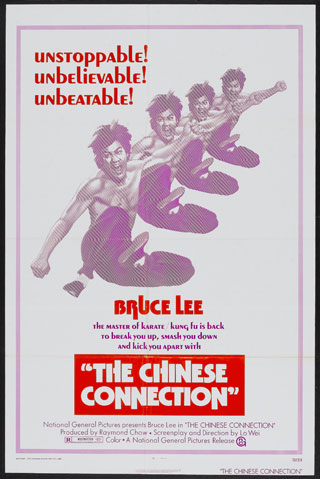 All of that said, if I screw up I deserve to hear about it. Hopefully I can surreptitiously fix my mistake before too many people notice. I do try to be honest about the gaps in my knowledge, but try to make up for my lack of experience with as much good humour (and research) as I can muster – but errors do happen. I’m also going to do my best to understand the various cultural anomalies and references made in the film, but please feel free to help expand my knowledge as we progress.

For fans of high quality kung-fu films, we’re living in a golden age. Never have so many films been easily available in high quality, widescreen transfers – and more are arriving all the time. I want this to be a place where all fans (or potential fans) of the genre can congregate and have their voices be heard.

It’s going to be a long, strange trip. I hope you’ll join me on it.