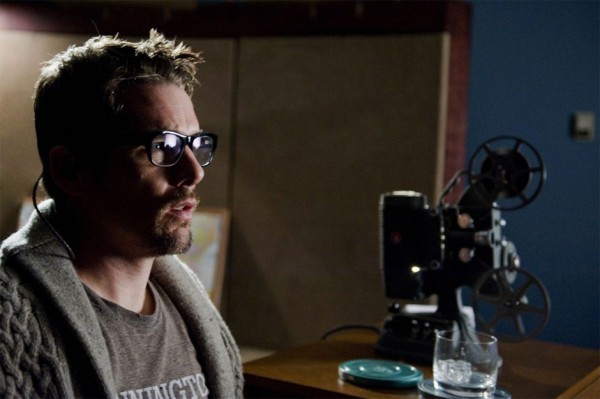 The first trailer for director Scott Derrickson’s new flick SINISTER has been released and for a director who I don’t dig (HELLRAISER: INFERNO, EXORCISM OF EMILY ROSE, URBAN LEGENDS: FINAL CUT), this looks interesting. Here’s the official synoposis for the film:

A true crime novelist (Ethan Hawke) struggling to find his next big story, moves his family into a house where the horrific murder of an entire family took place. But after finding a box of home videos in which other families are also brutally murdered, his investigation leads him to a supernatural entity that may be placing his own family in harm’s way.