We here at the DG are always excited to present the world with new opportunity paying homage to 42nd Street and grindhouse cinema, and I, of course, have a special soft spot for the intersection of exploitation film and literature. So imagine our delight to be able to bring you these exclusive cover reveals for the upcoming Swamp Dogs by J.M. Brandt and Theo Prasidis! The upcoming book boasts not one but three separate covers to whet the appetite of collectors everywhere. 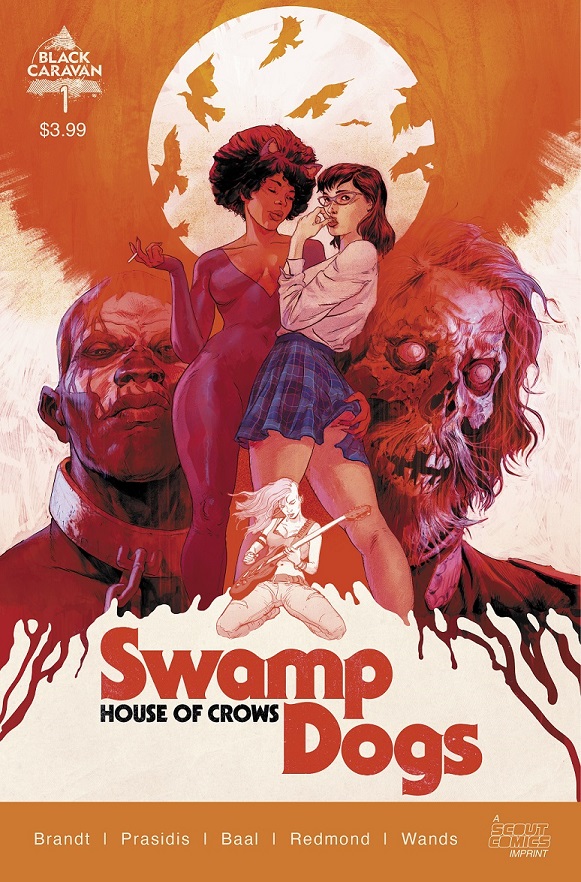 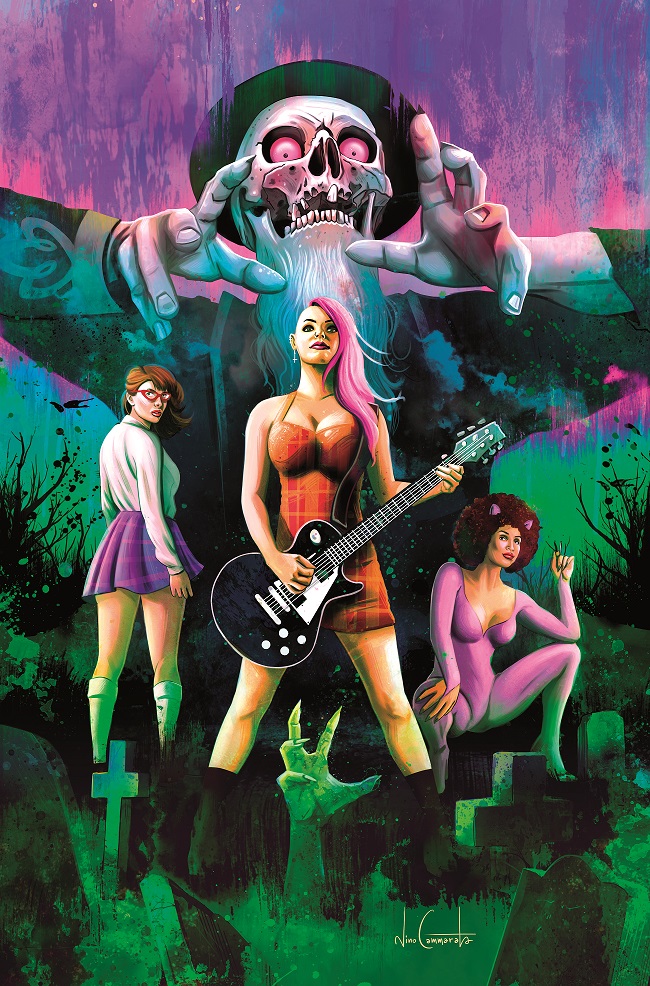 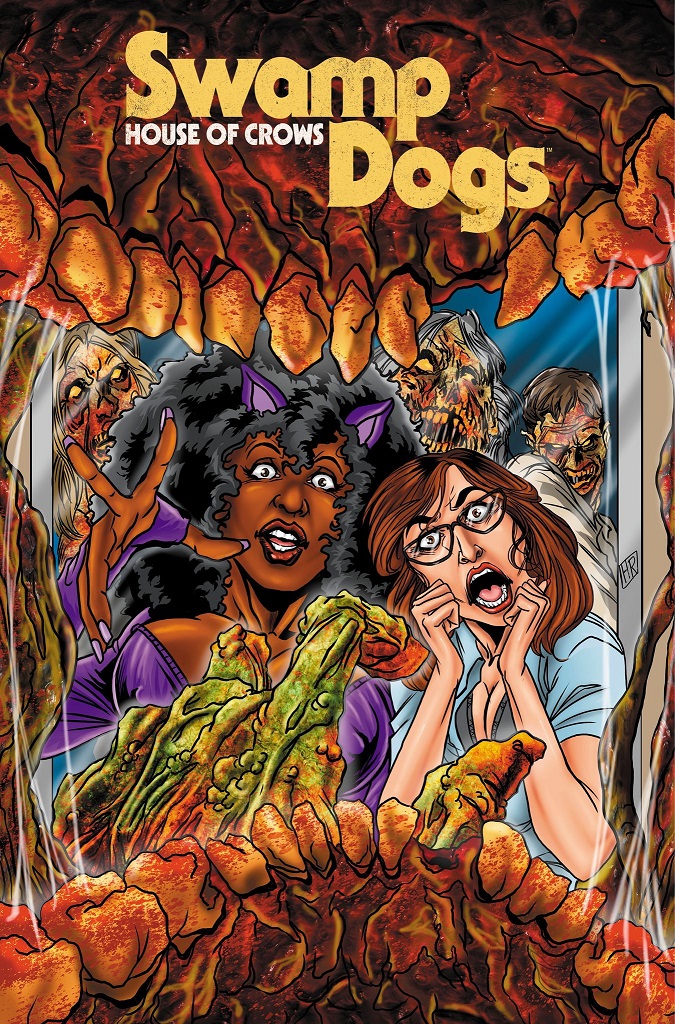 Explains Brandt, “The ‘zombie mouth perspective’ cover is being done for Big Country Comics and NatDaddy Collectibles by Hugh Rookwood. It will go on sale this week for pre-order. There are only 250 copies available. The one of the trio of women is being done for Wicked Gator Comics by Nino Cammarata. It will go on sale Friday, September 3rd at 6:00 PM Eastern on their site for pre-sale. There will only be 250 virgin copies available. The third cover is our Direct Market cover done by Robert Sammelin (Mondo, Waxwork Records, Escape From New York).”

Elaborating on his purpose in writing the book, Brandt says, “Both my co-writer, Theo Prasidis, and I come from an academic background in cult and horror film. When we met (digitally) working for Screen Rant, we bonded over heavy music and bloody B-movies. When making the comic, we agreed to keep a tone consistent with grindhouse film.”

“Why grindhouse? Well if you’re reading this website, you already know the main answer: It’s a hell of a lot of fun. Grindhouse is the playground of the id. All our primal instincts are laid bare to both prop up and poke fun at. Our book, this miniseries at least, is about a lesbian couple and a wise-ass stoner metal band running afoul of recently resurrected Voodoo-powered Confederate soldiers. While we could have turned the book into a big think piece, emotional tone poem, or commentary on the ills of society, the clearest route that we saw for the plot and characters was just a fun romp filled with hot bodies, vicious monsters, and buckets of gore.”

“One of our biggest inspirations in the comic was the Dark Horse comic Grindhouse by the supremely talented Alex de Campi. Alex proved that comics can not only be an excellent medium for grindhouse movie-type fare… but that just because we played with exploitative toys, it didn’t mean that we couldn’t imbue them with a sense of depth, heart, empowerment, and diversity. That’s where we’re coming from. We all want to see blood and butts; but we want them attached to real characters that sparked empathy and admiration. I had a friend who read the first issue… and he said of the meet-cute between two of our principal characters, Ayana and Violet, that it was like we “wanted to have our (cheese)cake and eat it, too.”