Who knew Chuck Norris had that kind of power? “I DID” said his beard.

Yesterday Norris’s beard told ExpendablesPremiere.com “In Expendables 2, there was a lot of vulgar dialogue in the screenplay. For this reason, many young people wouldn’t be able to watch this. But I don’t play in movies like this. Due to that I said I won’t be a part of that if the hardcore language is not erased. Producers accepted my conditions and the movie will be classified in the category of PG-13.” 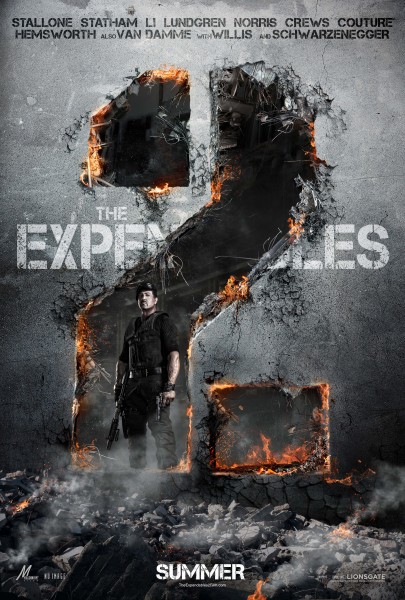 And now, Frank Stallone’s brother has checked in with Aint it Cool to confirm the news:

“ …the film is fantastic with Van Damme turning in an inspired performance… Our final battle is one for the ages. The PG13 rumor is true, but before your readers pass judgement,  trust me when I say this film is LARGE in every way and  delivers on every level. This movie touches on many emotions which we want to share with the broadest audience possible, BUT, fear not, this Barbeque of Grand scale Ass Bashing will not leave anyone hungry…Sly”

So what are my thoughts? Thanks for asking, I could give a fuck. As long as the film delivers on the ass-bashing then I am all good. Some films demand an R rating… but this ain’t one of’em. EXPENDABLES wasn’t full of tits nor was it excessively violent (although, it would have been better if it was) so I expect the tone of the film to still be the same. My guess is that this is more of a marketing decision than a change in the level of action.

I am on record as not being a huge fan of that flick but I am still anxious to see what they have do with E2. The flick drops into theaters August 17.