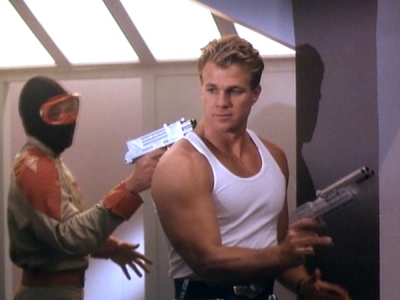 THE EXPENDABLES franchise reminds me of Lucy van Pelt, offering to hold a football for Linus to punt. It sounds like a good idea, but inevitably, Lucy always moves the ball at the last second and Linus ends up flat on his back.

THE EXPENDABLES also sounds like a good idea. You put together a cast of box office stalwarts, including Sly Stallone, Dolph Lundgren, Jean Claude Van Damme, Bruce Willis, and Bronson Pinchot. Then you place them in a testosterone-filled action extravaganza, filled with bullets, blood, and unwavering machismo. Finally, you add a plethora of bad guys to fill with said bullets, knives, and anything else sharp and pointy that happens to be laying about.

Yeah, that sounds pretty good. At least on paper. Sadly, the flicks themselves have yet to deliver. Both THE EXPENDABLES and EXPENDABLES 2: JACK OF SWORDS were, at the very least, disappointing – occasionally even dipping their toes into the rancid pool of utter embarrassment. 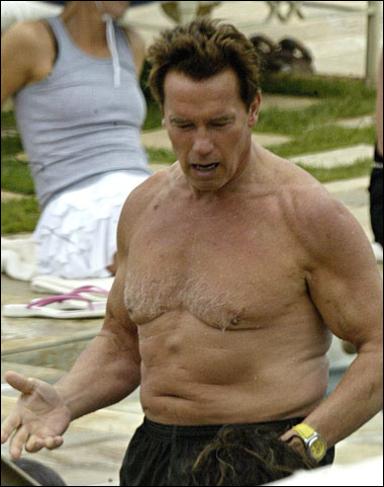 Regardless, it looks like Sly and the gang are gonna take another kick at the can.

The latest installment of the ageless franchise finally landed a director. I must admit to having been slightly intrigued when the rumor mill suggested Mel “Crazy Pants” Gibson might take the helm, but unfortunately, the shooting schedule conflicted with the upcoming sequel to BIRD ON A WIRE. Instead, THE EXPENDABLES 3: RETURN TO TWO MOON JUNCTION will be directed by Patrick Hughes.

Hughes is best known for RED HILL, which dropped in 2010. I haven’t seen the movie, but the general consensus considered it to be a solid twist on the western genre. What does this mean for THE EXPENDABLES? Best case scenario: He’ll breath new life into a tired franchise. Worst case scenario: A somewhat green director will be ramrodded by a set full of curmudgeonly action stars.

Being forever the optimist, I will lean towards the former.

No word yet if Jeff Speakman, Tank Abbott, or Reb Brown have been offered starring roles yet.

You Bastards know it’s just a matter of time.