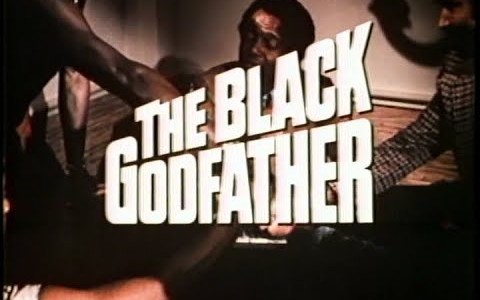 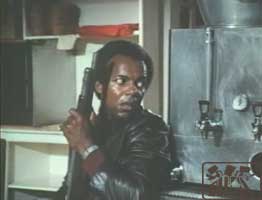 With a title like THE BLACK GODFATHER, you might expect either a semi-thoughtful blaxploitation riff on Coppola’s film or a traditional blaxploitation action flick that is full of gunfights and an African-American kingpin taking on a corrupt white power structure. Instead, the film tries to be a little bit of both, but is never as different from other blaxploitation films of the time to make much of an impact and only contains two real action scenes. The result is a very dull film. 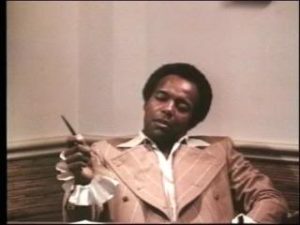 J.J. (Rod Perry) is a desperate young street criminal who—with his best friend—tries to knock over one of the drug houses of local white drug kingpin Tony Burton (Don Chastain). When that job quickly goes wrong with the best friend killed, J.J. is rescued by Nate (Jimmy Witherspoon), the local African-American crime boss. Nate is impressed by the guts it took for J.J. to try such a job and takes him under his wing.

It isn’t long before J.J. has moved up in the world with his own burgeoning criminal organization. Itching for a little revenge against Tony, he teams up with Diablo (Damu King)—a community activist who shares his desire to get Tony’s drugs out of their neighborhood. To his credit, Diablo is not a moron and is suspicious of J.J.’s motives. Is J.J. truly try to rid his neighborhood of drugs or is he just trying to put Tony out of business to bring in his own drug trade? 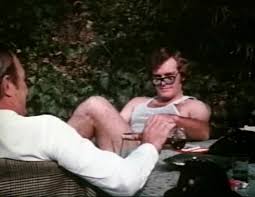 The potential for J.J. to be just as dirty as Tony is the most interesting wrinkle in the film, but writer/director John Evans quickly drops this idea in favor of a standard “criminal with a heart of gold” narrative. That could have led to an entertaining “good gangsters vs. evil, racist gangsters” flick, but THE BLACK GODFATHER leans heavily on people talking about the potential of a bloody street war if J.J. keeps pushing Tony instead of actually showing that bloody street war.

The worst thing an exploitation film can be is boring. I can take the seedy, the grotesque, the goofy, problematic sexual/racial politics, and any other number of potentially unwanted side effects in these old exploitation films because I take into account when they were made and what prevailing social mores were like at the time—as long as they are entertaining. THE BLACK GODFATHER is mostly tame when it comes to material that would be considered objectionable by today’s standards, but it is also boring as hell.

Technically, the film is better made than many other exploitation films of the same era. The acting is decent to good across the board; the character work given to J.J., Diablo, and Lt. Sterling (Duncan McLeod)—a corrupt cop playing all sides against each other for as much money as he can get—by Evans’ script and the actors is relatively nuanced with Diablo showing a meaner streak than he initially seemed to possess and Sterling showing a clearer moral compass than expected; and the look and editing of the film is fairly clean. I just wish all of this superior craft had been put to use in a more interesting film.

I understand the desire by Evans to make a classier sort of blaxploitation action flick, but THE BLACK GODFATHER leans too hard into exposition-heavy scenes and skimps too much on the action beats. I appreciate the effort, but the results just do not back up the approach.

Note: In an odd touch, the antagonist is named “Tony Burton” and the film features character actor Tony Burton (best known from ASSAULT ON PRECINCT 13 and as Apollo Creed’s trainer in the ROCKY movies) as Nate’s main bodyguard. I don’t know if this was just a coincidence or if Evans intended it as an inside joke. 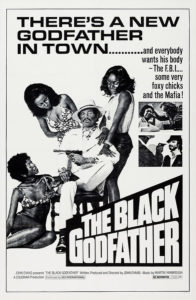