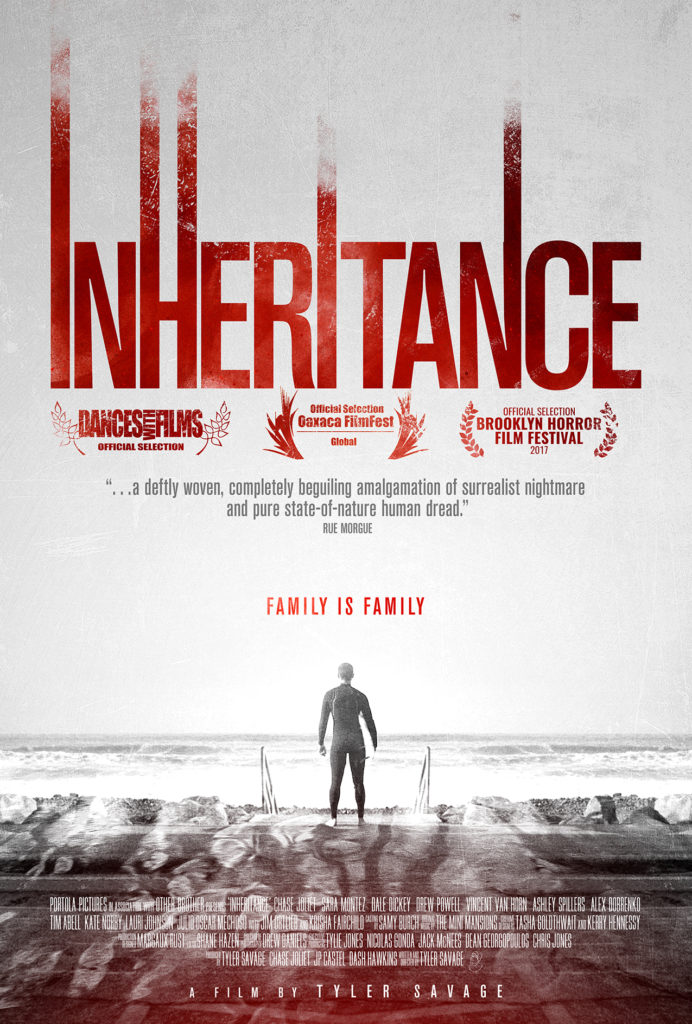 Two of the greatest psychological horror films of all time both suffer from the same “problem.” You know exactly what the main character is going to eventually do, and said character completes no real personal journey. In most cases, for a film to work, the main character has to emerge from the story as a changed individual even if it’s not immediately obvious to most of the audience. In both PSYCHO and THE SHINING, the “protagonist” pretty much remains exactly the same at the conclusion of the story, with the only real journey being their accomplishments of murder. Tyler Savage’s INHERITANCE suffers from the very same “problem” as the two aforementioned films. We are given a rather dull character, with what seems to be very little personality. What he’s capable of is nearly completely obvious from the beginning, and it’s absolutely chilling. INHERITANCE isn’t a journey into one man’s madness, so much as it’s a madman coming to terms with the destiny of what he needs to accomplish. With all its subtleties, I expect it to be a different movie on repeated viewings.

We join Ryan Bowman as he lives a seemingly content life, interrupted by the news of the sudden death of a biological father, previously believed already deceased. Along with the news comes his inheritance of a multi-million dollar property on the coast of Santa Cruz. Through both a subtle warning and an agreed intention with his pregnant fiancee, the plan is to hit the real estate market and cash in. In the meantime, the couple somewhat reluctantly end up staying at the expensive beach house. Bits and pieces of information regarding the history of the estate, the surrounding area, and his family’s ancestry emerge erratically during their new life on the coast. The locals, both befriended and unfriended, seem to exist as both living puzzle pieces and chess pawns simultaneously, cryptically explaining things just enough and falling into their predestined fates entwined with Ryan’s destiny of murder. Are the visions of murder future murder, or merely possibilities of future murder?

Chase Joliet’s portrayal of a madman realizing his true potential could seem to fall flat at first to some, being that the character doesn’t seem to have much of a personality. Through most of the beginning of the film, Ryan seems to sleepwalk through the story, phoning it in: Only truly waking up when the deed needs to be done. Even his fiancee and adapted family know something isn’t quite right with him, especially in this new town.

The cinematography is simply breathtaking. I’m not the world’s biggest horror fan, but I can’t remember digging the photography in a horror film this much in quite a while. Along with editing that’s erratic mostly only when necessary and its minimal score, we do not arrive at madness. We merely realize it.

Pieces of the past collide in visions and dreams mixed with pieces of possible futures, including at least one that extends beyond what we actually get to witness in the film. All of this would generally be regarded as a nightmare, but is the dream to a madman truly a nightmare? Is it only a nightmare to the sane? Perhaps it is.

In what could’ve been a haunted house movie, the “house” is merely a silent catalyst that flicks the switch in the mind of a psychopath. I suppose it is a kind of a journey. An origin story of a monster embracing himself, or what little of “himself” actually exists.