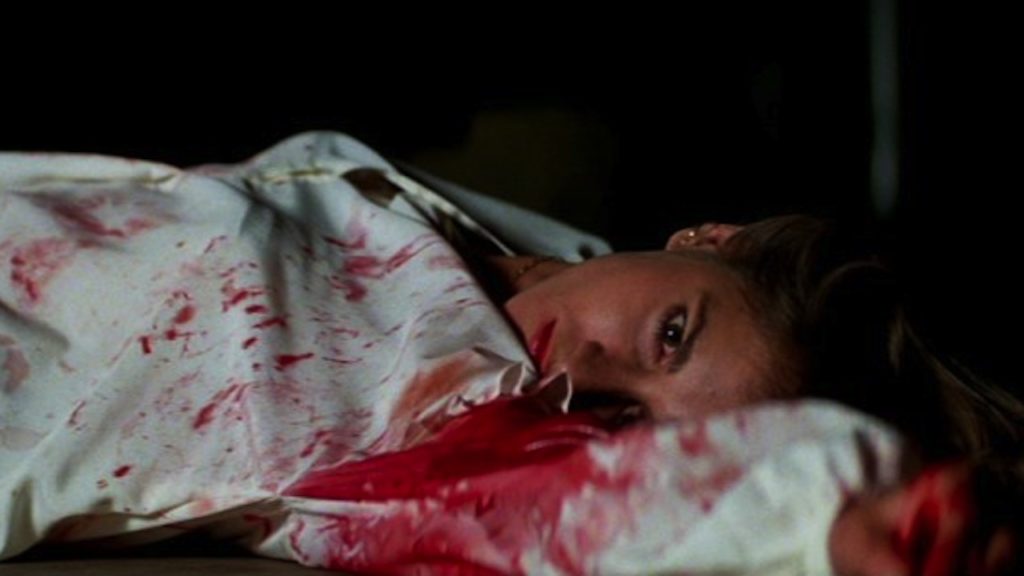 Warning: this trailer is NSFW and spoils the whole movie!

There was something so wonderfully raw about the ’70s and ’80s Ozploitation films that, watching them today, they still feel a little shameless and dangerous. The filmmakers and actors seemed more willing to lean hard into gratuitous sex and violence than their American counterparts (probably because the Australian filmmakers did not have to contend with the MPAA ratings board), so while watching something like NIGHTMARES (a.k.a. STAGE FRIGHT)—an otherwise by-the-numbers early ’80s slasher flick—it still packs an unexpected punch when a pair of actors go for it in a sex scene only to be stabbed to death with copious shots of shards of glass slicing into their naked bodies.

The film starts in the early ’60s. A prologue shows how a little girl named Cathy witnesses her parents having sex. The next day, Cathy is asleep in the back seat of a car driven by her mother. While driving, Cathy’s mother is being groped by a lover who is definitely not her father. When Cathy wakes up and sees this, she screams, causing her mother to swerve into a car parked on the side of the road and fly through the windshield.

Traumatized by the accident, Cathy learns that her mother was still alive until the young girl tried to pull her back into the car, accidentally slicing her throat on the broken glass of the windshield. This news in hand, Cathy’s father tells her that she killed her mother, further laying on the guilt. When an orderly accidentally breaks a glass at Cathy’s bedside, she grabs the shards and slashes at his face as though compelled by an unseen force to do so. I believe this is what they call foreshadowing. 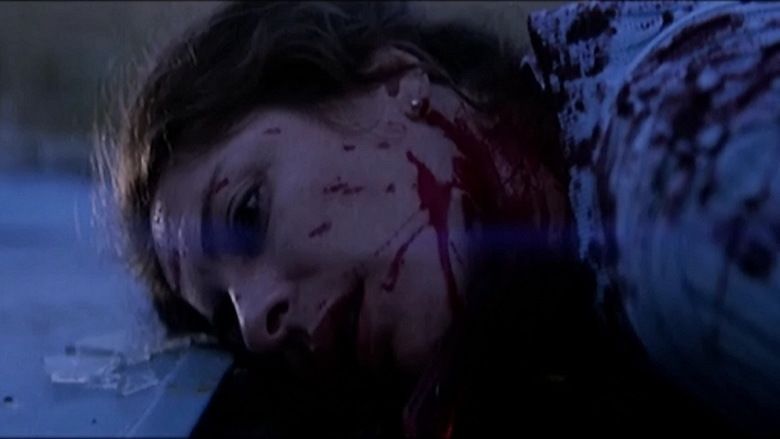 Sixteen years later, on the anniversary of the death of Cathy’s mother, a young actress named Helen (Jenny Neumann) auditions for a part in a play. Helen is alternately nervous, sweet, and aloof as she reads for a part with the pretentious director (Max Phipps) of the play and tries to decide if she is going to accept the advances of Terry (Gary Sweet), a handsome, slightly dim-witted soap opera actor in the production.

Helen gets the part, but things start to unravel quickly as someone breaking glass and stabbing people to death with the shards commits a string of murders around the theater. First a couple is hacked to death in an alleyway while having sex. Then the stage manager of the play is stabbed to death after berating Terry for whistling backstage—a temper tantrum that just happened to make Helen angry.

As the production goes on, Helen becomes increasingly unstable. She has flashes of the murders that she believes are nightmares. She alternately rushes into Terry’s arms for comfort and pushes him away. She screams at herself and trashes her room. And when Terry tries to make love to her, she tells him that she can’t because “Cathy won’t let me.”

But is Helen’s mental breakdown a red herring to distract from the real killer? Could it be Terry, the seemingly nice guy who is in over his head with both Helen and trying to make the transition to stage acting? Is it possibly Bruce (Edmund Pegge), the vapid leading man of the play suspected by the police because of his unrequited passion for the stage manager? Is it George, the director with contempt to spare for all involved in the play’s production? Or is it the very obvious answer staring the viewer right in the face from the very first frame of the film?

Even though director John Lamond and screenwriter Colin Eggleston set the film up as a little bit of a whodunit, NIGHTMARES is primarily about getting as many cast members as possible out of their clothes and close ups of shards of glass sinking into exposed flesh. This is a smart move because the whodunit aspect of the film is by far the weakest and there is something darkly funny about having a connection between sex and death that is so blatant it makes the FRIDAY THE 13TH films look subtle by comparison.

That is not say that the only entertainment value in NIGHTMARES is of the sex and violence kind. The supporting cast has a lot of fun spoofing the over-the-top backstage drama of the theater world: Bruce tries to have sex with every female member of the cast and crew, superstitions reign supreme, the director hates everyone, the lead actress is a diva demanding to know her motivation, the glimpses given of the play make it look dreadful, and a bitchy critic (John Michael Howson) gleefully skewers them all in his review. The characters and the setting provide a more fun than usual backdrop to the slasher proceedings. Interestingly, the Italian film DELIRIA used the same concept to slicker and more surreal ends a few years later and was given the very similar alternate title of STAGEFRIGHT.

I don’t want to make NIGHTMARES sound like a semi-forgotten classic. It is very rough around the edges with some uneven acting, choppy editing, and Lamond’s directing style can best be described as perfunctory. But it is a fun movie that provides exactly what you want out of a down and dirty Aussie slasher flick. The welcome sense of humor is just an added bonus. 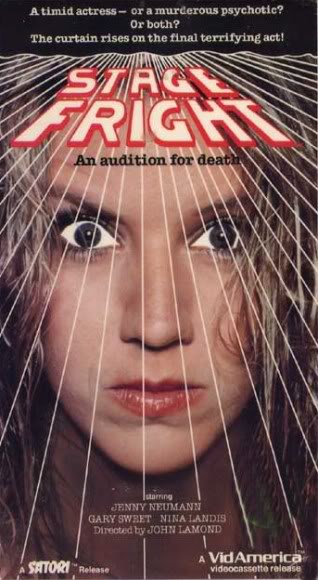