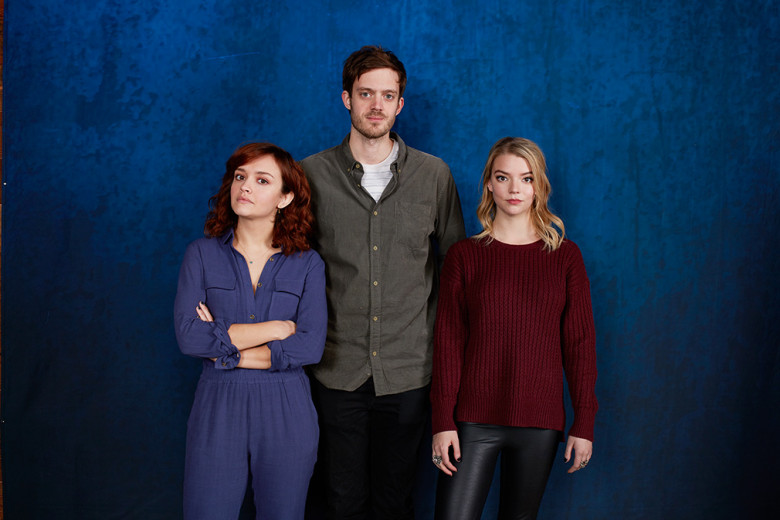 Thoroughbreds Cast, by Daniel Bergeron. Indiewire. 2017. Must be licensed through Getty Contour. No PR/No Release on file 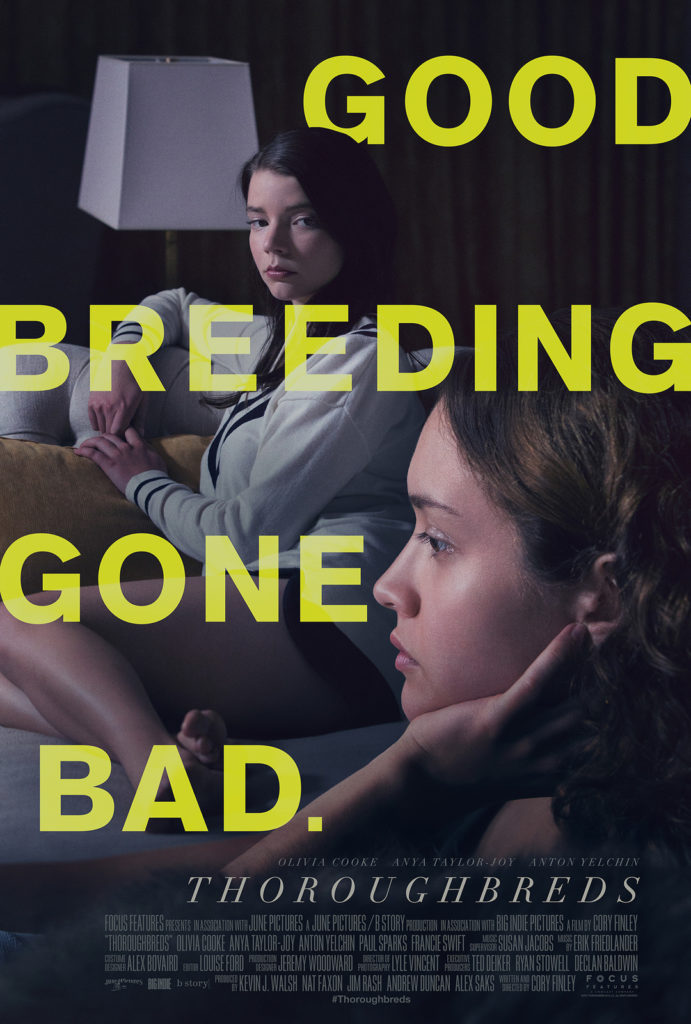 THOROUGHBREDS is like a writhing, roiling tapestry of snakes, each one filled with a lethal dosage of black-market, black comedy venom. Every shot composition, every performance, every musical cue, and every line is choreographed with razor wire thin precision.
I dare not tell you what the film is about, because the fun in THOROUGHBREDS is the gradual peeling away of the layers of the story, but it’s extremely, darkly funny. The film for me was reminiscent of something like BLOOD SIMPLE in that murder is a nasty, messy thing that stains the people that commit it longer than the stains of blood remain. My colleague, Rob Dean, felt the film had a HEAVENLY CREATURES vibe, with a Cronenbergian fusing of black comedy. He’s not wrong, folks. The score by Erik Friedlander reminded me of Jon Brion’s percussive score for PUNCH DRUNK LOVE, mixed with a pinch of Jonny Greenwood’s THERE WILL BE BLOOD score, and it allows you to get the feel for what the director wants your emotions to be. It’s stellar musical manipulation. 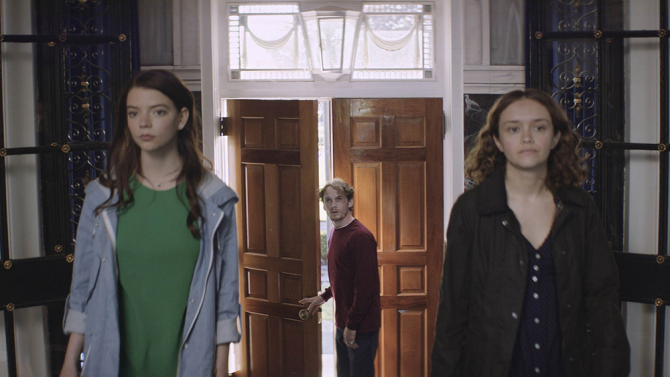 The cast is aces from top to bottom, from Anya Taylor Joy (THE WITCH, SPLIT) turning in a reliable performance, continuing her acting tradition of naturalistic and strong performing. Ditto for Olivia Cooke (Bates Motel), who does an excellent job pivoting from deadpan humor with cold, emotionless sheen. She seriously needs more performances like this, from directors who know how to utilize her well. And the late, lamented Anton Yelchin also drops a great posthumous role as the inept drug dealer that finds himself sucked into the narcissistic void of these two bored rich girls.
The only minor negative about the film is that it feels longer than its 90-plus minutes, and could possibly utilize a little more judicious editing, but then it is still a film that gets its vibe from its editing, so therein lies the conflict.
Cory Finley is an assured filmmaker who shows complete control over his feature, and will surely make more films that are just as strong and will hopefully continue the fantastic voice he has in his scripts. It’s a crowd-pleasing film with tons of laughs.
It’s a film to watch out for. It’s a film to watch and love. 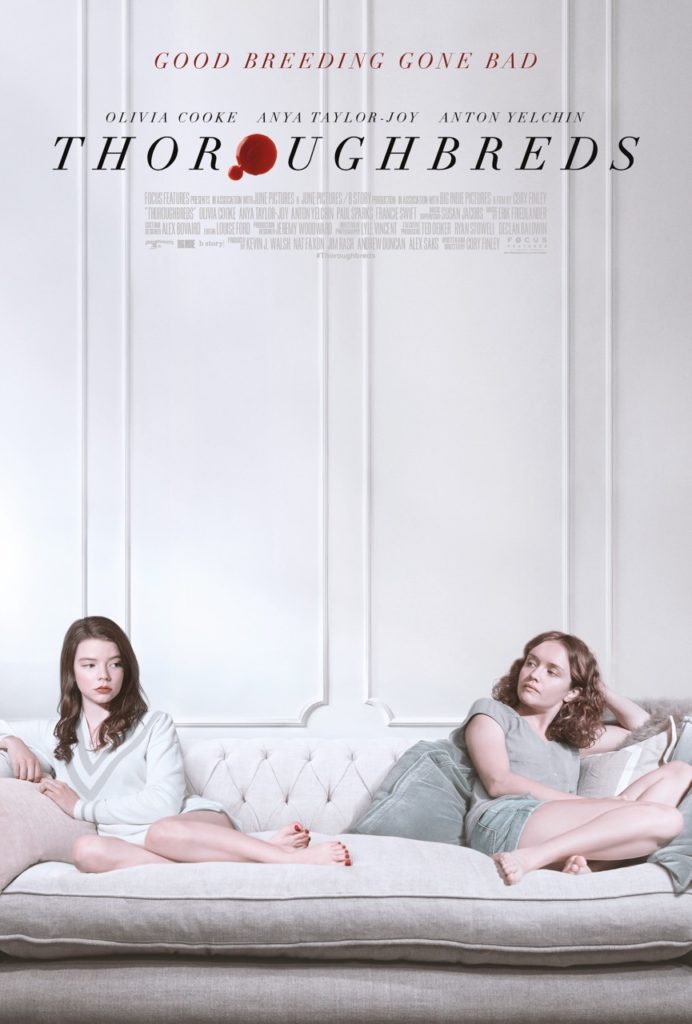