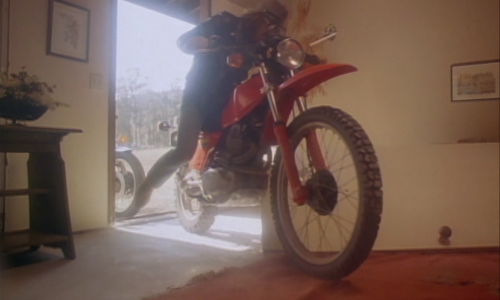 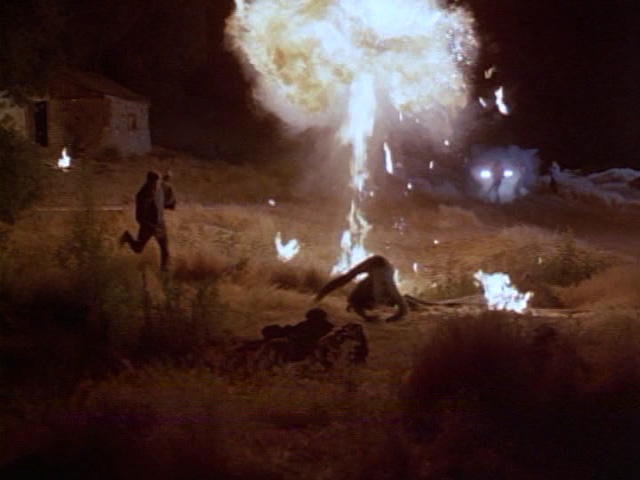 I found myself thinking about Neil Breen quite a bit while watching NOMAD RIDERS. Not because the film had a tortured Christ-like figure at its center, but because it was the type of weird, low-budget genre picture that goes off on unexpected tangents. Those narrative detours feel like they are more a result of a mixture of shoddy filmmaking and padding the run time to reach feature length. But they are also what make the film memorable in a Neil Breen kind of way.

Admittedly, part of the reason this thought entered my mind is because of the presence of Tony Laschi as cop-on-the-edge Steve Thrust. I have never seen Laschi in any other role, but he has a Neil Breen vibe to his look. 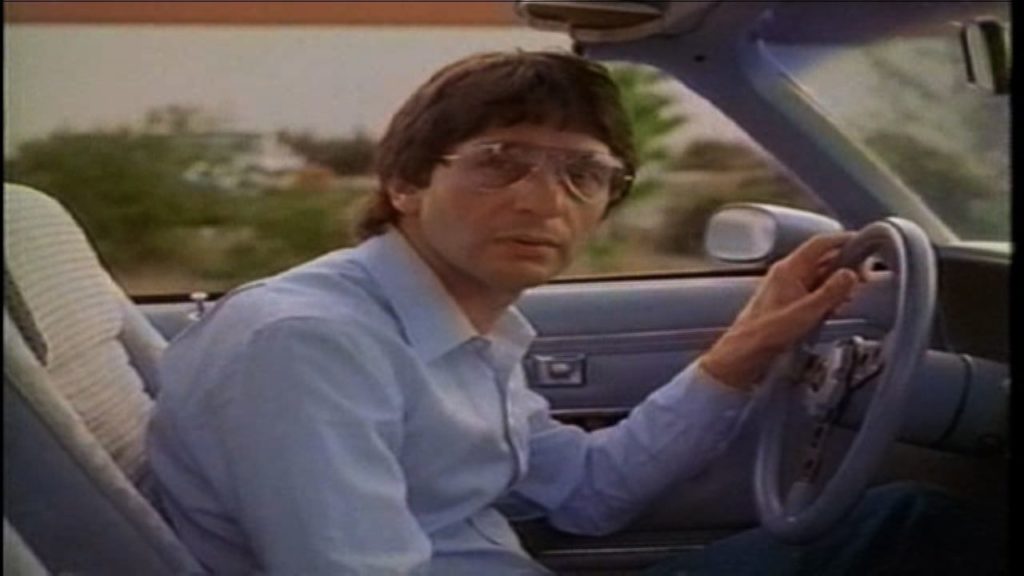 Local gangster Mister Vacci (Frank Roach, who also wrote and directed) wants super-cop Steve Thrust to drop his investigation of him. Vacci hires a trio of thugs who ride around whooping like jackasses on motorcycles to “scare” Thrust. Their idea of scaring him is to zip Thrust’s wife and daughter in a tent, soak it in gasoline and then blow it up with a grenade.

Vacci is understandably perturbed since he knows that Thrust will now come after him for blood if he learns who hired the thugs. Thrust turns in his badge to go vigilante in his search for the titular killers. And the “Nomad Riders” haphazardly plot a takeover of Vacci’s criminal enterprise when they aren’t getting into bar fights, partying with bikers, and riding their motorcycles through a random elderly woman’s house, disrupting her enjoyment of the issue of Playgirl magazine with Paul McCartney on the cover. 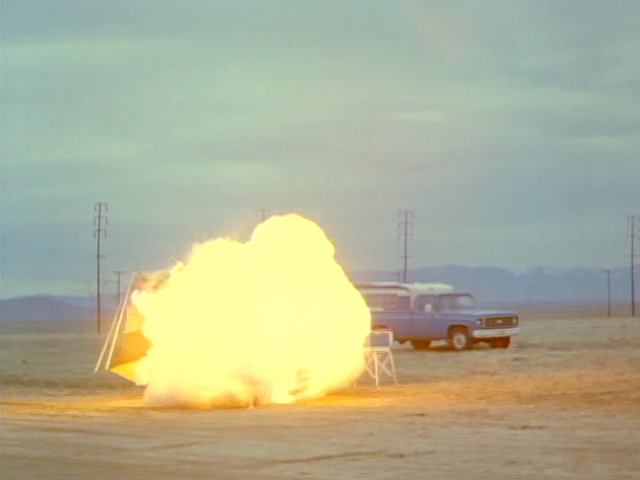 With a cast of first-time actors, incompetently staged shootouts and fist fights, and an awkward love scene, NOMAD RIDERS is not much different from any number of cheaply made action flicks that sprang up in the early ’80s during the VHS boom. What sets it slightly apart is the performance by Laschi and Roach’s inclusion of several character bits for the three thugs in an apparent attempt to moralize against vigilante violence.

With only this performance to judge by, Laschi was never going to have a long acting career, but he has such an odd look (with his slight build and bad haircut, he looks like he should be playing Steve Rubell, not a character with the awesome name of Steve Thrust) for the generic tough-cop-out-for-revenge role and so intensely commits to a tone of total rage that he inadvertently elevates the film ever-so-slightly to an entertaining absurdist level. 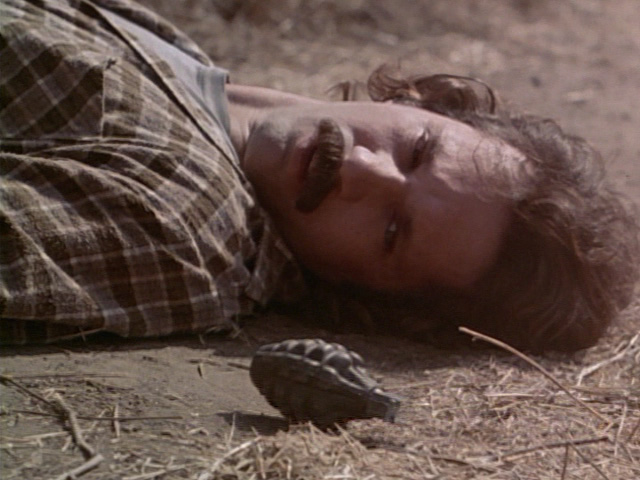 The trio of thugs are given names designed to make each of them a little more memorable. There is Grenades (Wayne Chema), who likes to throw—you guessed it—grenades around. Cannibal (Richard Cluck) does not eat people, but is the most physically intimidating. Crud (Ron Gregg) does not have much of anything to do other than to hang out with Grenades and Cannibal, but three is better than two when it comes to villains, right?

Maybe it was unintentional, but Roach spends so much time with three thugs that they are more recognizably human than Thrust. Acting like homicidal versions of The Three Stooges, they fight, party, get drunk, and protect each other in ways that are believable within the very silly context of the story. By the time Vacci’s men and Thrust are both trying to kill them for different reasons, I was rooting for the thugs. 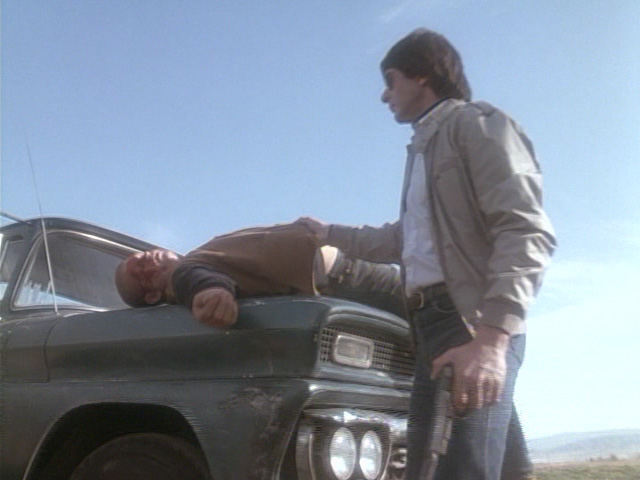 It is that off-kilter tone that is created through Laschi’s performance and the uncertainty of who to root for that keeps NOMAD RIDERS watchable. Without those discordant notes, the film would frankly be boring since Roach largely skimps on the essential exploitation elements of gratuitous nudity and violence (there are roughly done action scenes, but with a couple of notable exceptions, the film really pulls its punches when it comes to the actual consequences of violence).

NOMAD RIDERS is one of those films where I cannot decide if I wish it were better or worse. It certainly is more entertaining when it goes in unexpected directions that most viewers would probably consider annoying and unnecessary, so that makes me lean toward the latter. Maybe Neil Breen should remake it? 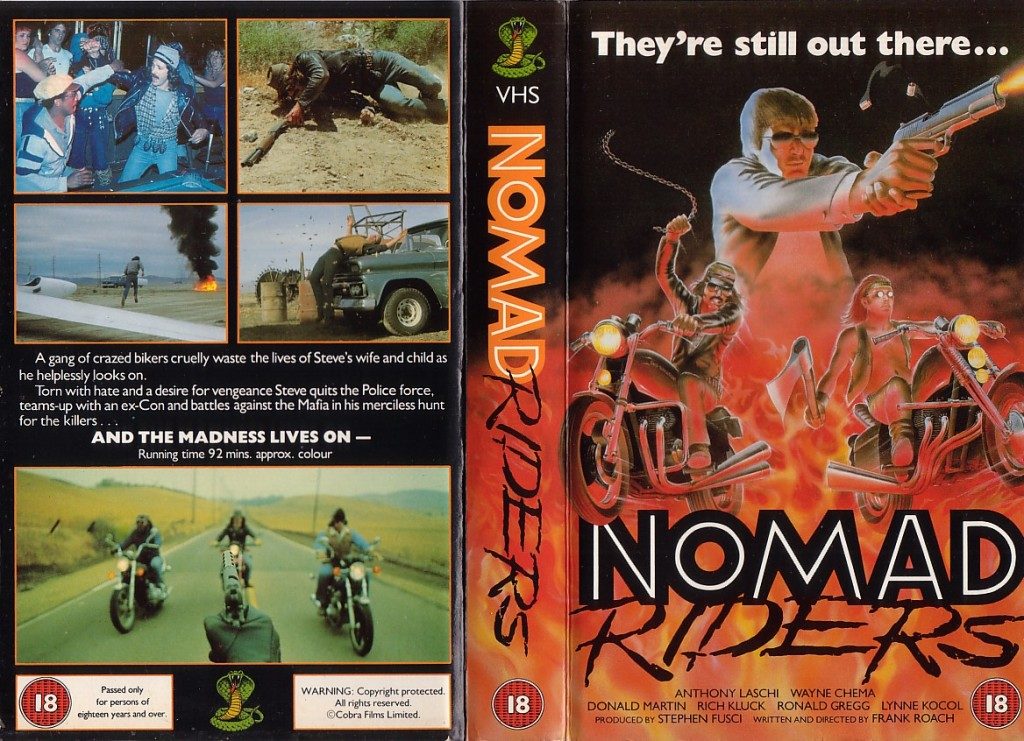