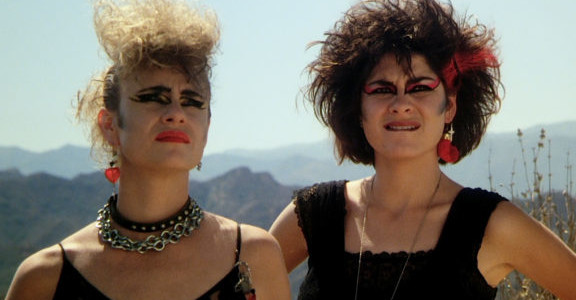 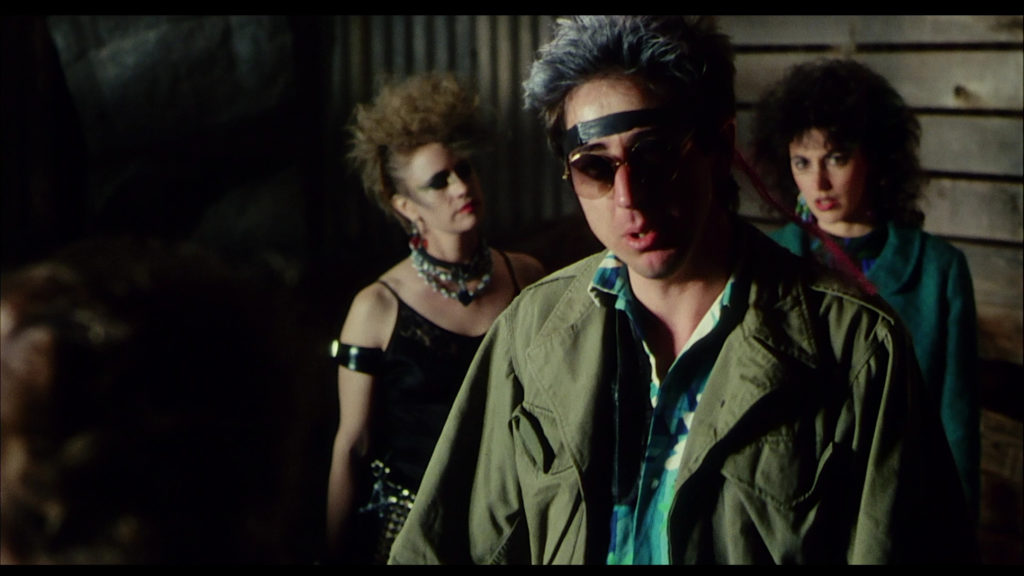 There are certain movies that so successfully straddle the line between seriousness and satire that they seamlessly slide between the two tones from scene to scene. PUNK VACATION (read Paul Freitag-Fey’s excellent review of the film’s Blu-ray release from Vinegar Syndrome) does not successfully straddle that line, despite its attempts to be both a straight action film and a satire of clashing cultures. But in its clumsy attempts to blend those two traits, it succeeds at achieving an off-kilter sort of charm that better films work so hard to pull off. I am not saying that makes it a good film, but it is entertaining enough in fits and starts to be worth watching.

Even before the plot twists pile on one tragedy after another, the characters in PUNK VACATION seem absolutely miserable. There is Steve (Stephen Fiachi), who hates his job as a cop in his small desert town in California. He is in what looks to be a toxic relationship with his girlfriend Lisa (Sandra Bogan) who seems to take pleasure in making her contempt for him obvious. Lisa, for her part, runs her father’s diner and is the closest thing to a successful character in the film. Still, she treats Steve like dirt because he barely makes any money and lacks ambition. If they sound like an unpleasant couple to follow through a movie, it’s because they are. 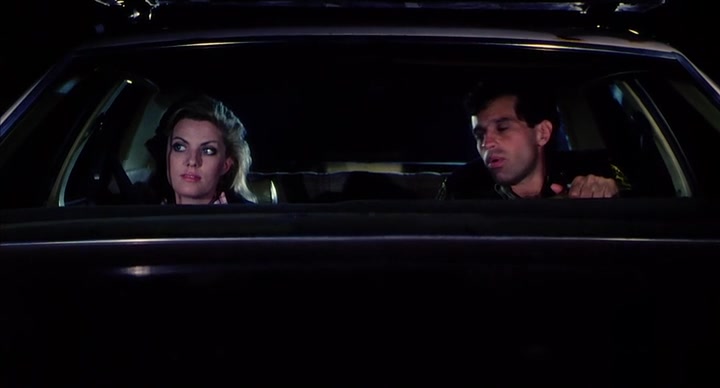 The vacationing “punks” are not much more joyous. Led by the sullen Ramrod (Roxanne Rogers), they ride into town on motorcycles and immediately kill Lisa’s father and assault her teenage sister Sally (Karen Renee). Steve is a few seconds too late to the scene to prevent the murder, but he accidentally hits one of the punks with his car, forcing the other punks to hide out in a barn outside of town until they can figure out a way to rescue their comrade from the hospital.

Ramrod is a humorless leader and she seems to have assembled around her the whiniest bunch of supposed tough guys and gals imaginable. When Ramrod tries to formulate a plan to rescue their wounded gang member from the hospital and escape from the town, her gang just wants to argue about the merits of sub sandwiches versus fried chicken for lunch and complain that they followed her to this small town for an actual vacation and not to go to war with the locals. 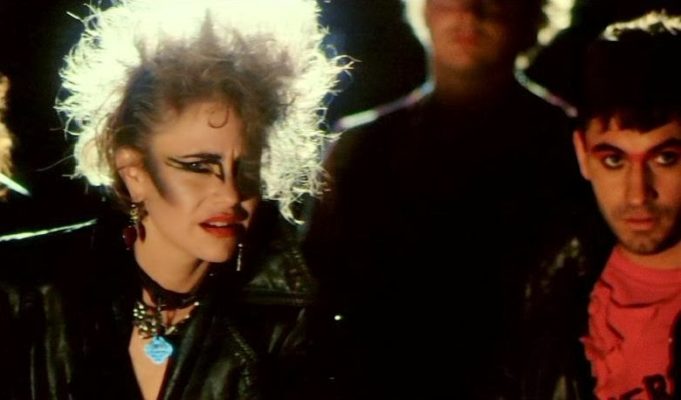 By the time Lisa goes looking for revenge against the punks and manages to get herself taken hostage, PUNK VACATION has taken oddball narrative detours that include a Sheriff (Louis Waldon) who is paranoid about a potential communist invasion, a series of scenes where Steve and his cop buddy Don (Don Martin) bicker like characters in a middle school play version of LETHAL WEAPON, and two of the punks spend a good five minutes debating the pros and cons of training in computer repair against staying in their gang. It is nearly impossible to tell when the film is being intentionally funny and when it accidentally gets a laugh through stilted dialogue and clunky filmmaking. 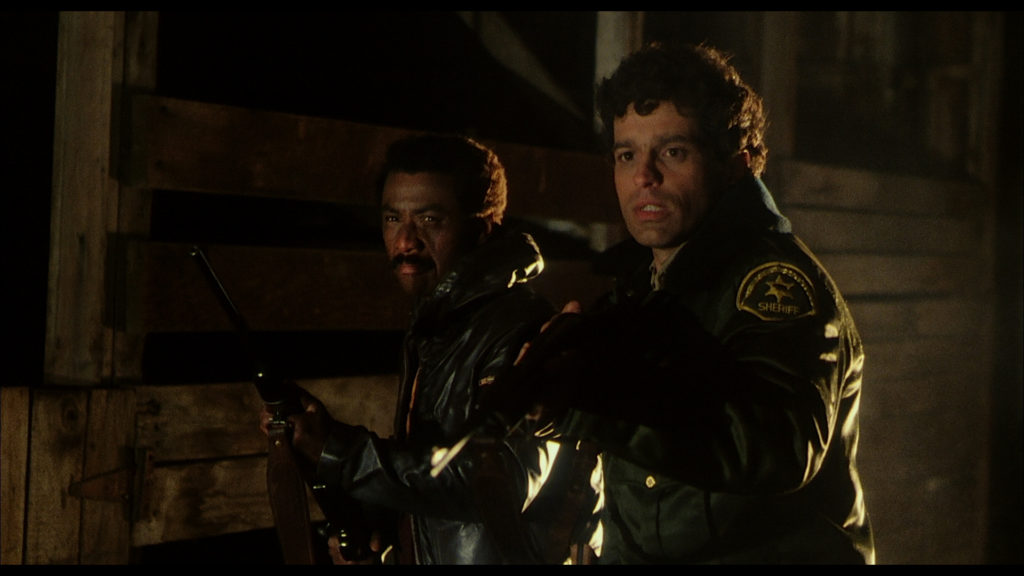 I get the feeling that the script by Lance Smith and Harvey Richelson was intended as a straight comedy. But the direction by Stanley Lewis tries to accentuate shifts between ugly exploitation violence (Sally looks to be around 13 years old and it is heavily implied her assault was sexual) and goofy comedy beats involving both the locals and the vacationing punks.

The cast certainly has trouble getting across what tone they are playing. Rogers seems to believe that Ramrod is a badass villain and plays her with a constant sneer and visible contempt for everyone around her. Fiachi seems to be going for world-weary, burnt out cop, but simply looks like he is bored with everything that is happening. Bogan is arguably given the closest to a character with an arc in Lisa, but instead of playing her revenge to forgiveness plot, she sleepwalks through the movie with a strange dazed expression on her face. It does not matter if the choices the actors (all the actors, not just the leads) make are the result of poor direction or just that most of the cast is made up of apparent amateurs, their wildly different performances just add to the bizarre feel of the film. 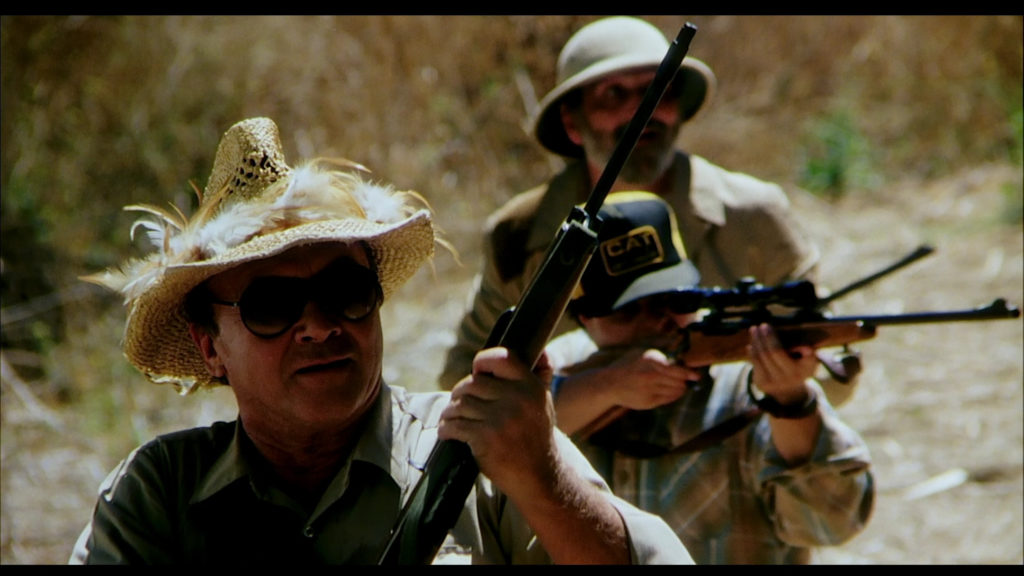 PUNK VACATION went straight to VHS in 1990, but I assume it was filmed a few years earlier than that. Even if it was as early as 1985 or 1986, the punk and new wave looks the characters have in this film are still ridiculous. They look less like real kids who were in those movements and more like circa-2000 teenagers who shopped exclusively at Hot Topic. The disconnect between the highly stylized look of the punks and the locals with their believably sweaty/disheveled appearance that is appropriate to living in a desert town, adds to an increasingly surreal tone as the film meanders toward a final showdown that goes for bitter irony, but just ends up adding to the disjointed feel.

But that disjointed feel is the best thing that PUNK VACATION has going for it. I enjoyed the accidental surrealism and weird humor of the film. It stands as a good example of a movie where the finished product works in its own (very) weird way, even if it is impossible to tell if the filmmakers knew what they were doing or not. Take that endorsement how you see fit. 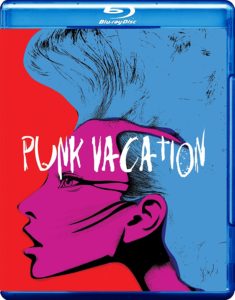 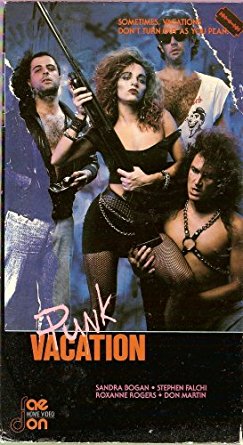