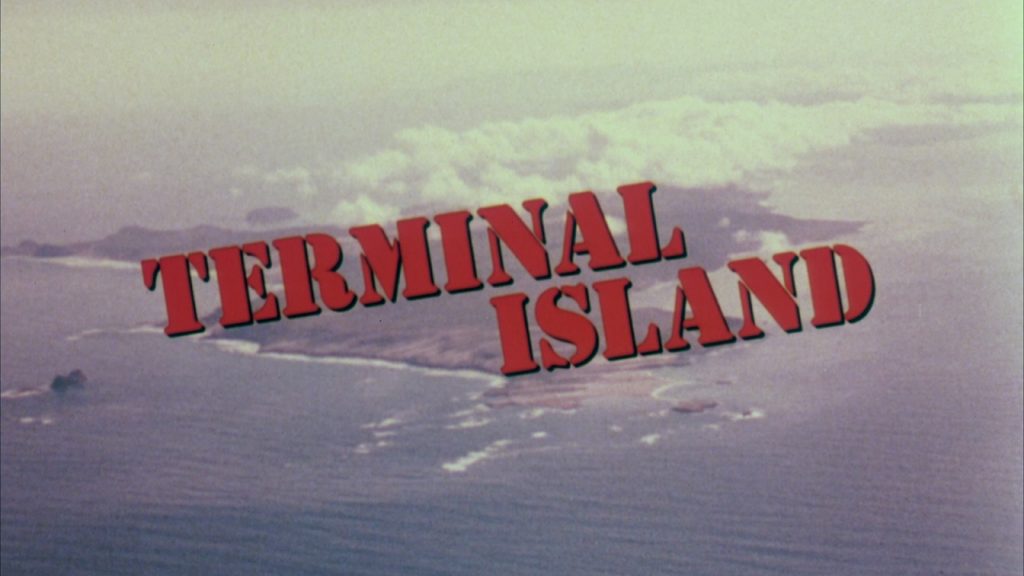 After the extreme start I made to this column with last week’s look at THE LAST HOUSE ON DEAD END STREET, I purposely searched for something a little lighter. I decided on TERMINAL ISLAND not only because of a premise that sounded fun, but because it was co-written/directed by Stephanie Rothman. Famous for being not only one of the few female filmmakers working in exploitation/drive-in fare in the ’70s, but also as one of the only women making films in America in any genre, I had never seen any of her work and wanted to remedy that blind spot.

The film is set in an alternate 1973 after California abolished the death penalty. Instead of simply incarcerating people convicted of first-degree murder, the state decides to dump them all on an uninhabited island forty miles off the coast. There are no guards and they are free to live or die as they see fit. 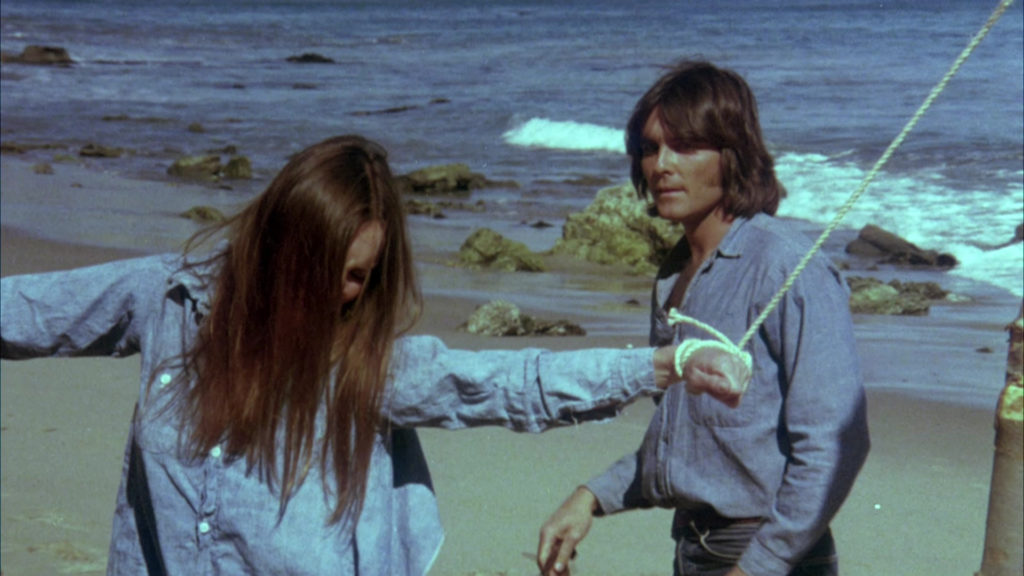 Where John Carpenter used this very similar set up to unleash a satirical howl of rage against a government he saw heading in the direction of a police state, Rothman constructs a modest exploitation flick that goes in some unexpected directions.

After news footage explaining the set up regarding the island (cleverly done as a TV news team preparing a story to justify the blatant exposition dump), we are introduced to Carmen (Ena Hartman). Recently convicted of a murder she claims she did not commit, she is dumped on the island where she finds herself one of only four women compared to roughly thirty men. If you can do the math, you probably know what has been done to the other three women before Carmen’s arrival. 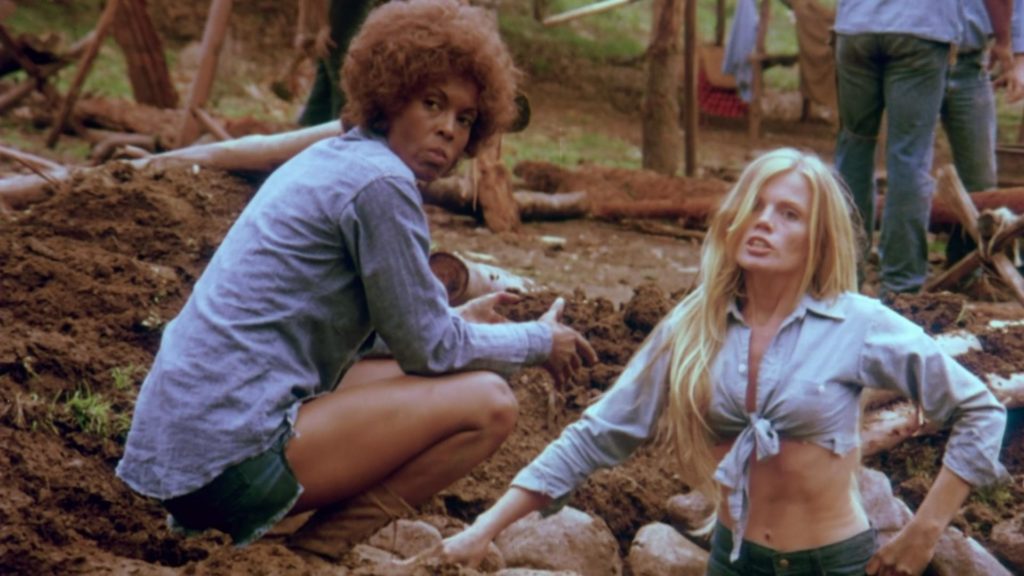 The other women are Joy (Phyllis Davis), Bunny (Barbara Leigh), and Lee (Marta Kristen). At first, they are cruel to newcomer Carmen; sadistically explaining that she is going to lighten their workload. But soon they find themselves allies as they all chafe under the thumb of the island’s lead prisoner Bobby (Sean Kenney).

Slightly brighter than most of the other men on the island, Bobby has taken over as dictator. With his muscle-bound henchman Monk (Roger E. Mosley) at the ready to enforce his rule, Bobby is a cruel leader who organizes the nightly rapes of the female prisoners and then has them pulling plows the next day in the garden. 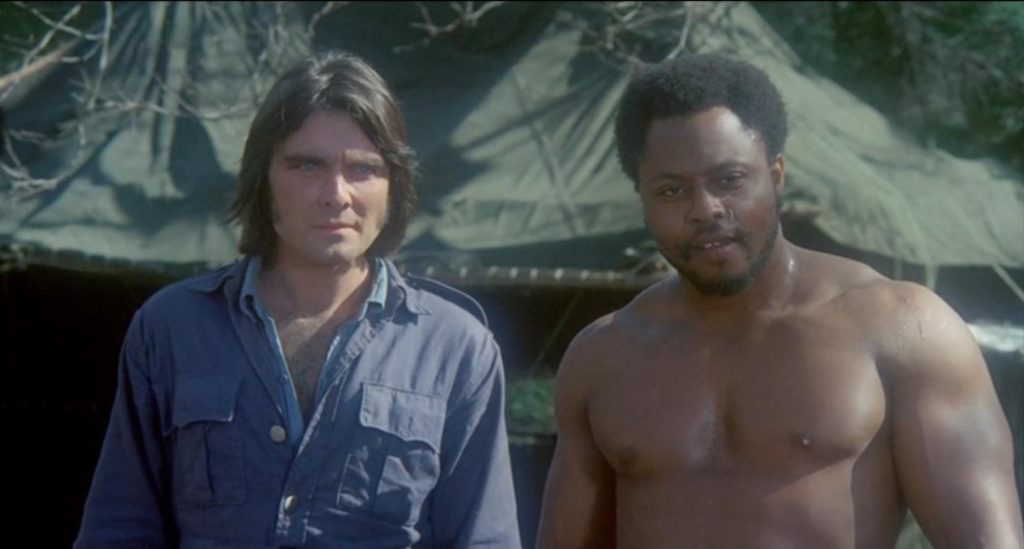 Things change drastically when Carmen and the other women are kidnapped/rescued by a small band of prisoners who left Bobby’s camp. Led by A.J. (Don Marshall), they are a relatively friendly group who are trying to establish their own society that is based in cooperation as opposed to the weak serving the strong out of fear of a cruel leader. TERMINAL ISLAND is clearly not big on subtlety. But then again, it’s an exploitation movie. It makes sense that subtlety gets stabbed in the gut and dumped to the side like at least one character in the film.

Lacking the numbers to take on Bobby’s group directly, A.J. and his group have been moving from place to place to avoid being captured or killed. But now with the female prisoners, they have to worry about Bobby coming after them with a veangeance. But Carmen and Joy spark a renewed sense of hope and fight in the group that finds them determined to turn the tables on Bobby and his men, taking the battle to them instead of running. 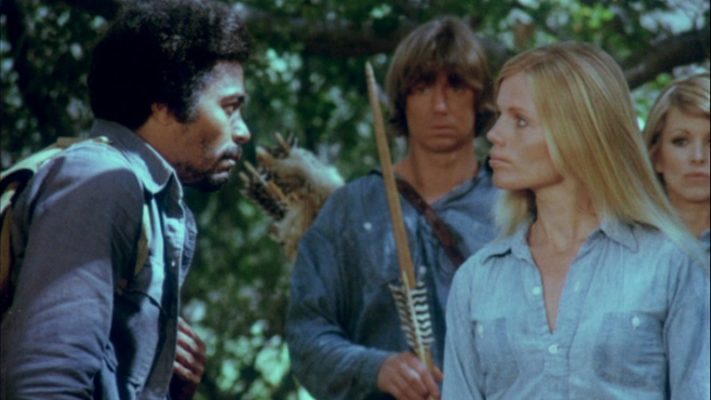 TERMINAL ISLAND is an oddly structured film. It starts out as though it is going to focus on Carmen. But once A.J. enters the film, the focus shifts to him for a time before Joy takes on brief protagonist duties. Around the 45-minute mark, it becomes an ensemble film with nearly a dozen characters getting mini-arcs to play out as Rothman sweeps the plot quickly along. It is not far off to say that the film feels like what would happen if Robert Altman made a prison movie with a slightly stilted script on a shoestring budget. In case you were wondering, that is a compliment.

Another thing that TERMINAL ISLAND has going it for it that I did not expect is a surprising humanistic streak. After the opening sets up the expectation of all the residents of the island to be sadistic, murderous thugs killing each other off, Rothman steers hard away from that idea with A.J. and his group trying their best to live peacefully and only fighting when it comes time to protect themselves or each other. There is even a redemption arc for a doctor (Tom Selleck!) convicted of murder for the mercy killing of a patient and an oddly utopian coda after the big final battle. 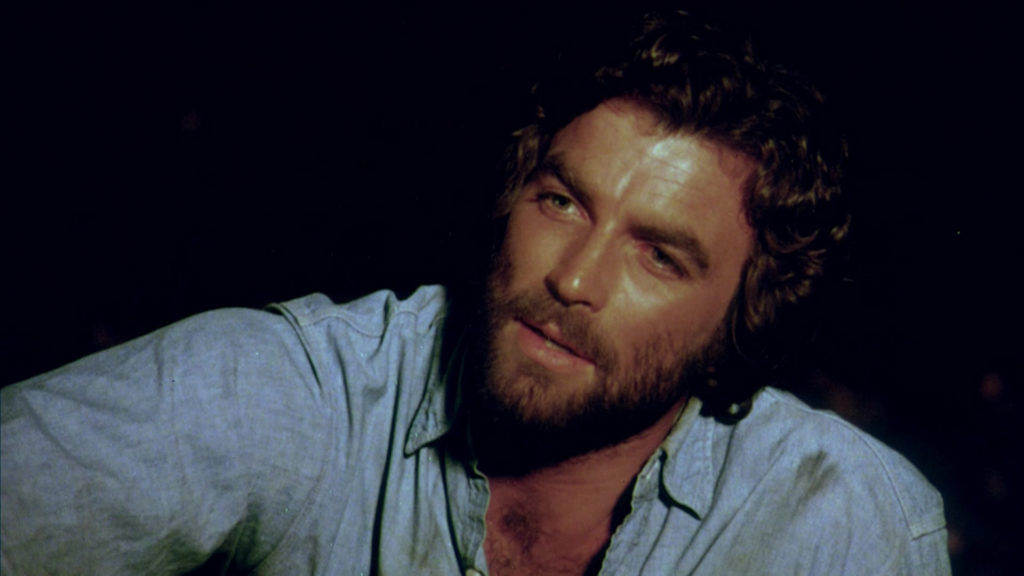 While the ironic lesson that killers removed from society would try to create a peaceful colony of their own is a little on the nose, there is something heartwarming about how corny it is. After all the expected exploitation elements of semi-gratuitous sex/nudity, violence, explosions, and political sermonizing, it is rather unexpected that the film turns its back on nihilism in favor of hope. Maybe that is the best twist ending that Rothman could come up with?

After starting out as an assistant for Roger Corman in the mid-’60s, Rothman only directed six films (seven, if you count some additional scenes she directed for the Corman-produced BLOOD BATH). She worked strictly in the independent exploitation field because the studios just did not hire women to direct films in the ’70s (not that it is much better these days). After TERMINAL ISLAND, she directed only one more film before leaving filmmaking for good. It is a shame because she knew how to put together a film and brought a unique slant of optimism to a film that still retained the down and dirty elements of the prison dramas from which it took inspiration. That is a neat trick. 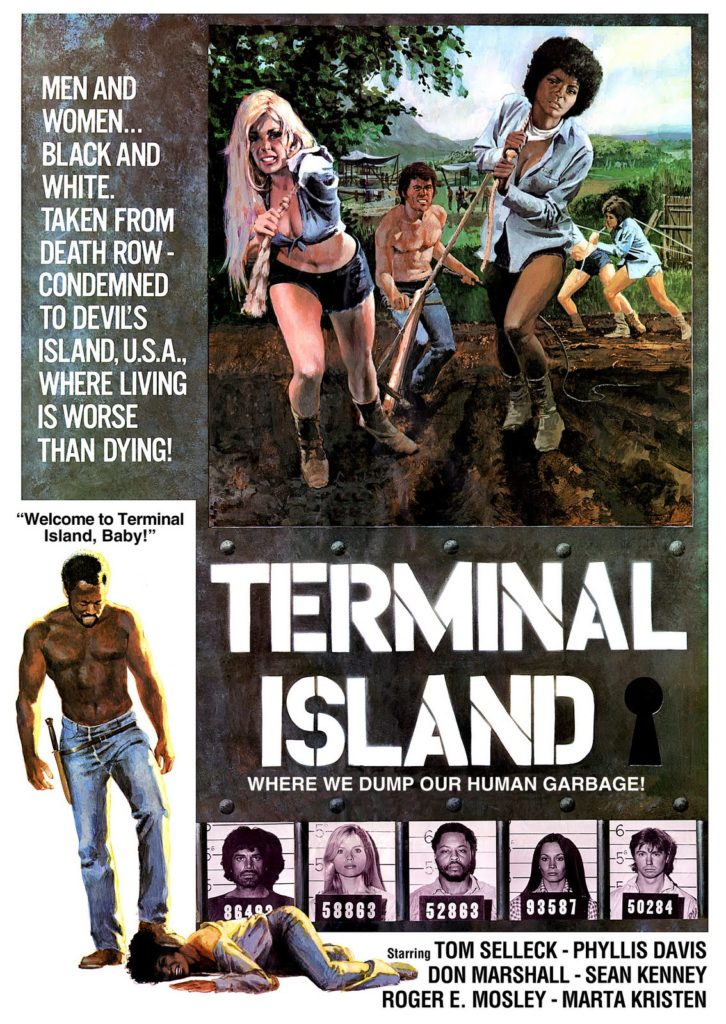