Even as a long time FRIDAY THE 13th enthusiast, I can admit that the worst NIGHTMARE ON ELM STREET film is more imaginative than the best trip to Camp Crystal Lake. Freddy Krueger is one of the most memorably screen villains of all time and in the ’80s was a rock star as big as Bruce Springsteen or Prince. Wes Craven created the character, but it was Robert Englund who brought him to life. Englund appeared last week on POST MORTEM WITH MICK GARRIS to pay tribute to the director on the anniversary of his passing. 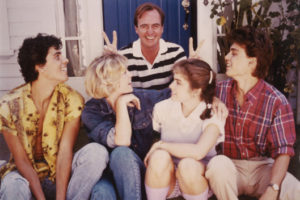 The episode features a brand new interview with Englund. He and Garris are longtime friends and it shows in the casual, compelling conversation about Englund’s career and what it was like working with Craven. Englund recounts some amusing tales and reveals the wry sense of humor behind one of the “masters of horror.” 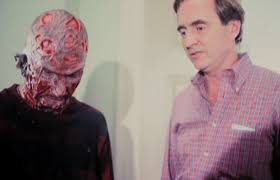 The second half revisits a 2010 interview with Wes Craven that Mick Garris conducted for his FearNet version of POST MORTEM. Garris explores Craven’s very religious upbringing and the writer/director reveals that outside of Disney flicks, Craven didn’t watch movies until much later than the average filmmaker.

You can listen to the episode right here!