Narration can be a tricky device to use in a film. Done well, it can heighten the mood of a film, explicating small bits of character and story and giving us a fuller view of the interior world of the people on screen. Think of all the wonderful, hardboiled noir films where the cynical, weary narration adds color and pathos to the hero’s sardonic and misanthropic views. Done wrong, however, narration can be an exhausting annoyance, overtly laying down heavy exposition and getting in the way of its own narrative. Unfortunately, LIFECHANGER, which premiered at Fantasia International Film Festival last week, does not do it right.

A nude woman, splattered in blood, wakes up next to a dead, decomposing body.  Calmly, she goes about the business of getting dressed and disposing of the body, before going back home to her worried boyfriend. When he begins to get too nosy about where she’s been, she kills him too.

All of these scenes are overlaid with a thick layer of narration. Not hers, but an old man’s–weary, tired, jaded. He talks on and on about the tasks he must do, and the fact that it’s getting harder to survive, that the bodies begin to rot quicker–and, sure enough, the woman’s skin begins to flake and peel. And, so, when a detective visits her house, she seizes on the opportunity to become him, leaving the actual detective’s body a moldy husk on the couch.

See, the narration belongs to a shapeshifter, who has spent decades hopping from one body to the next, becoming an efficient killing machine–not a Terminator, but a sort of aged, body-hopping janitor, treating each murder like an especially dull task at work. We never meet the shapeshifter’s original form, or get to know his name, just hear his interior monologue as he drearily explains actions that can be seen on screen. In fact, we never even get to know what motivates him, what drives him, what he is still living for, until damn near the end of the film, in which a previously tangential character who had no real bearing on the plot somehow becomes the focus of everything.

See, LIFECHANGER writer/director Justin McConnell wants to have his cake and eat it too. He wants to build a teasing mystery, keeping his audience in the dark and unspooling little nuggets and hints at a time as we try to figure out where he is taking us, but he’s also eager to show off his nifty new idea. And thus he tries to have it both ways: by stringing us along on a visual and storytelling level, while over-explaining everything in the shapeshifter’s narration. When we see the shifter’s current form rotting, we are sure to be told that “the bodies are rotting quicker.” When the shifter’s form snorts cocaine, to accelerate the process, the narration blatantly makes that clear. McConnell constantly muddies his own waters, underselling any mystery he’s trying to maintain by telling, rather than showing.

Granted, even if you took out the narration, the showing part isn’t all that great to begin with either. McConnell maintains interest for, let’s say ten or fifteen minutes before you begin to realize that, while he has an idea, he doesn’t have a story. Rather than do anything remotely interesting with his concept–hell, without even so much as making a generic thriller out of it–McConnell just recycles the same scene, over and over, with slight variables, until he decides to call it quits with a shrug of a climax. LIFECHANGER hops from one body to the next just like it’s central figure does. Once one new character outlives its usefulness, the shifter just takes over a new one, sometimes interacts with other characters, then moves on…and on, ad nauseum.

There’s no sense of momentum here, no development. The shifter is never in danger of getting caught. There is no character introduced to the acts as a counterbalance, as an antagonist. The plot doesn’t peak or valley in any interesting way. In fact, there is no plot–just concept. Which could be fine if there was a compelling character study buried under all the genre trappings–but that isn’t there either. We know or care nothing about the shifter, or the people he inhabits. We only get to know his routine. If this is meant to be a slice of life about the existential angst of an immortal, then McConnell has failed, not even graduating basic Philosophy 101 concepts.

LIFECHANGER is, to put it quite simply, an absolute chore to get through. It’s a slog, plain and simple, wasting an interesting idea on an undercooked and over-explained series of repetitive scenes. McConnell needs to learn that just because you a cool idea doesn’t mean you have a cool movie. You gotta shape it into a compelling story, too. Maybe learning that idea will be the real life changer for him. 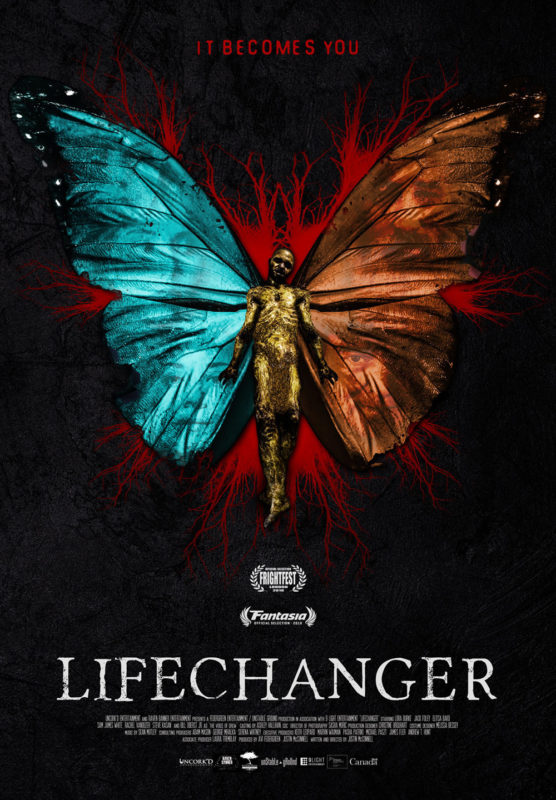