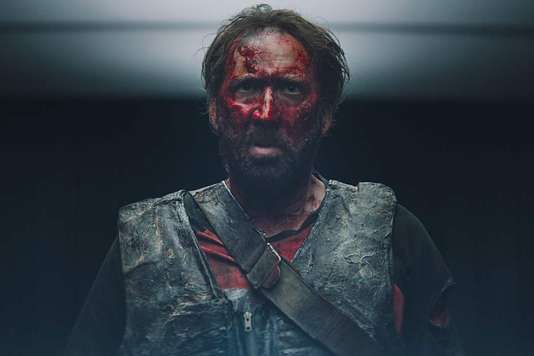 The 22nd Fantasia Film Festival is being held in Montreal from July 12-August 1, 2018. This year’s lineup is packed to the gills with genre goodness and DAILY GRINDHOUSE will be there to alert all of our readers to the gems that will make their way from the festival circuit and out into the world at large for everyone to enjoy (or recoil from in horror). Even for longtime genre film fans, it is hard to hold down the enthusiasm for some titles that are calling their name. Here are just a few of the films our writers are looking forward to at this year’s Fantasia: 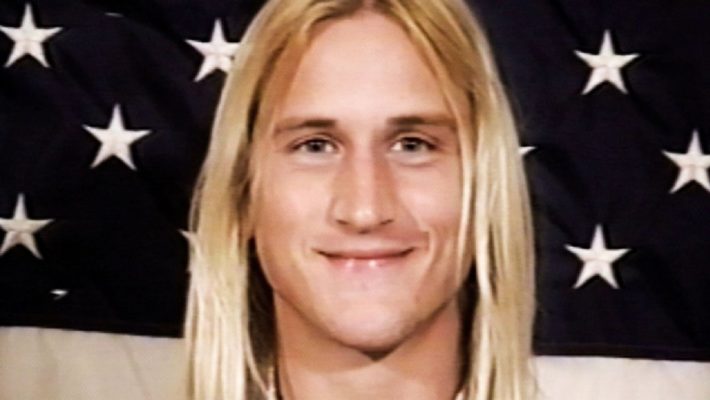 This year’s Fantasia Film Festival seems to be setting fire to celluloid and letting it burn through to people’s brains. First and foremost, I’m losing my fucking mind in anticipation for Rusty Cundieff’s TALES FROM THE HOOD 2, the highly anticipated, socially conscious hip-hop horrorthology that’s sure to happily welcome us motherfuckers back to the Terrordome! Oh, a new Mick Garris fright film is always cause for celebration and NIGHTMARE CINEMA finds him dabbling in what he knows best – anthology terrors! There’s BOILED ANGELS: THE TRIAL OF MIKE DIANA, a Frank Henenlotter documentary about artists charged with obscenity. UNFRIENDED: DARK WEB should come complete with a shower to clean the filthy feelings off afterwards. I also can’t wait for the new David Robert Mitchell masterwork—a shimmery, stoner noir out of sunny California—UNDER THE SILVER LAKE, PLEDGE—which appears to be a frat house riff on GREEN ROOM, HURT—a new Blumhouse film about monsters, madmen, and the masks they wear. And what personally looks like the most fucked up of the lot—a new Nicolas Pesce film called PIERCING that sounds like it’s damn good and ready to fulfill the twisted tale quota that THE EYES OF MY MOTHER set out to achieve a couple of years ago. I could go on and on, but I’ve got some movies to watch. –Nathan Smith (@madmanmarz85)

I was heavily into indie comics and zine culture when the story of Mike Diana’s Boiled Angel hit the news, so it’s no great shock that my number one priority is to check out the premiere of BOILED ANGELS: THE TRIAL OF MIKE DIANA. It’s a fascinating tale on its own (partially because Diana himself isn’t the most sympathetic figure) and I’ve no doubt that Frank Henenlotter will make a compelling documentary about it.

If you’ve seen the trailer for MANDY and you’re a visitor to this site, no doubt you’re already on board. I wasn’t blown away by Panos Cosmatos’s BEYOND THE BLACK RAINBOW, but there’s no question that he’s got an amazing eye and a fantastic sense of tone, so I’m insanely curious as to what he comes up with next. Plus Nicolas Cage in prime Nicolas Cage crazy mode? Who could resist?

I’m intrigued by RONDO, a film I know nothing about other than it’s described as a gonzo comic thriller that gets compared to John Paizs’s CRIME WAVE in the press release. CRIME WAVE is such an oddity that I’m immediately sold on any film with the tenacity to compare itself to it. –Paul Freitag-Fey (@Dekkoparsnip2) 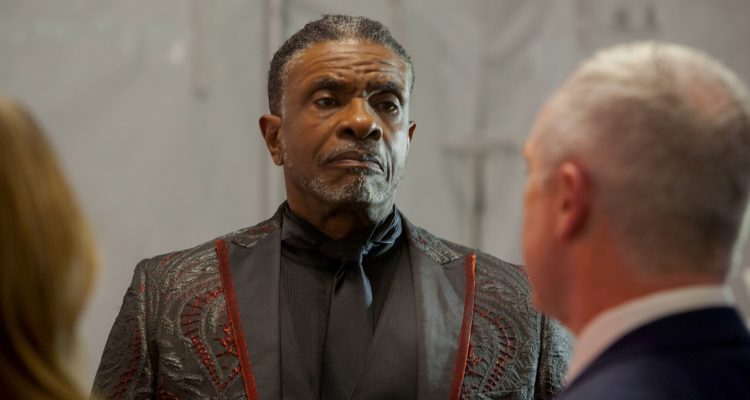 From one film festival to another….

No sooner have I come back from the wilds of Chicago’s second annual Cinepocalypse, than another festival creeps up on me to dazzle my eyes with cinematic delights. This, is, of course, one of THE biggest genre film festivals in the world, occurring every July since 1996, the Fantasia International Film Festival in Montreal. As with any film festival, I’m not going to be able to see ALL of the following films on this list, but here are the films I am most excited about playing Fantasia this year:

TALES FROM THE HOOD 2

THE FIELD GUIDE TO EVIL

Anthology filmmaking has been going strong in the indie trenches for a while now, and Fantasia ‘18 is presenting a trio of omnibus horror titles that will be must sees for fans of the form. The obvious top dog is TALES FROM THE HOOD 2 the long, long, long awaited sequel to Rusty Cundieff’s searing, still relevant, racially-charged 1995 horror film. A flop on it’s initial release (due to long-disbanded distributor Savoy’s mishandling of it’s marketing), the four parter (featuring a hoot of a performance from Clarence Williams III as a yarn-spinning inner-city undertaker) has become a beloved cult classic, and one whose themes still hold up today. Cundieff returns to the director’s seat (with Spike Lee once again producing) and the great Keith David takes over as our ghoulish host for the proceedings. I can’t wait to see what Cundieff and company cook up in a post Trump/GET OUT era.

HOOD 2 isn’t the only exciting anthology film to premiere on Fantasia’s world stage. NIGHTMARE CINEMA brings together veteran and rising genre directors like Joe Dante, Mick Garris, Ryûhei Kitamura, David Slade, and Alejandro Brugués and a cast lead by Mickey Rourke, Patrick Wilson, and Richard Chamberlain in an homage to the nightmares movies bring. Meanwhile, THE FIELD GUIDE TO EVIL is an international co-production from the minds behind THE ABCS OF DEATH franchise giving us a taste of worldly horror flavor.

I really dug Nicolas Pesce’s haunting, disturbing, and just plain devastating directorial debut THE EYES OF MY MOTHER, so I am eager to see what he’ll do with this tête-à-tête between a first time serial killer (Christopher Abbott) and his possibly more disturbed first victim (Mia Wasikowska.) 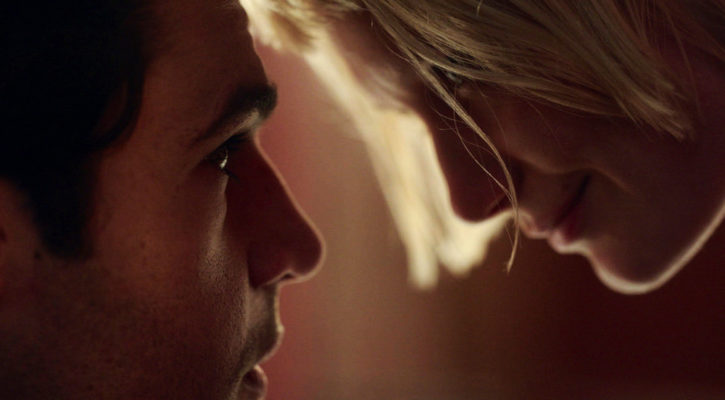 UNDER THE SILVER LAKE

Similarly, I am a big fan of David Robert Mitchell’s nuevo-horror insta-classic IT FOLLOWS. So my curiosity is piqued by the filmmaker’s latest, which admittedly got mixed reviews in Cannes. What piques my interest even further, however, is that Mitchell is not sticking to horror, but moving into the direction of sunny L.A. hipster noir, making his own version of THE BIG LEBOWSKI or INHERENT VICE. I abide. 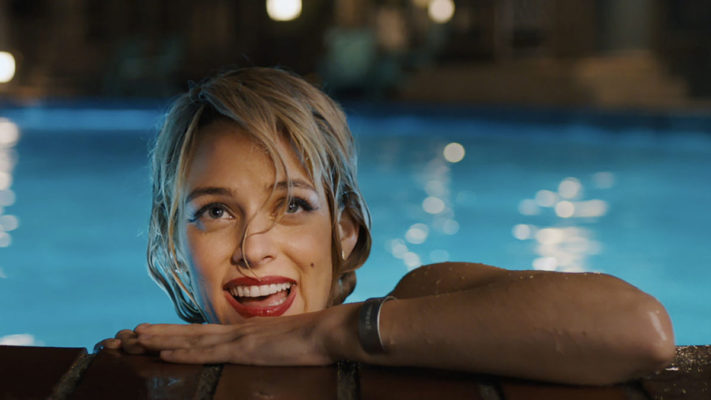 ANNA AND THE APOCALYPSE

Okay, okay, I’ve already seen these movies before, at last year’s Fantastic Fest, where they blew me away to become my favorites of that Fest. So I can’t wait to hear the reaction from the international audience over these two (very different) musically inclined films, one a ferocious (and ferociously funny) battle-rap slap in the face, and the other a joyously spirited holiday SHAUN OF THE DEAD by way of HIGH SCHOOL MUSICAL. (You can read my ANNA review right here.) 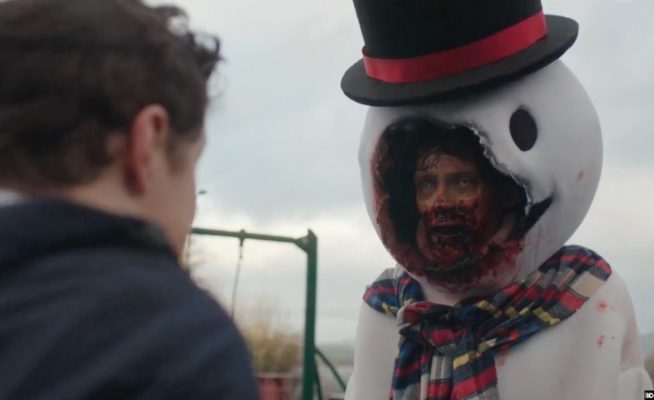 THE MAN WHO KILLED HITLER AND THEN BIGFOOT

Who cares what it’s about when it has that title and also Sam Elliott leading it? That’s ALREADY a must-see right there. Plus, it was literally filmed near where I live, so I am of course curious about what they do with the landscape of leafy Western Mass. 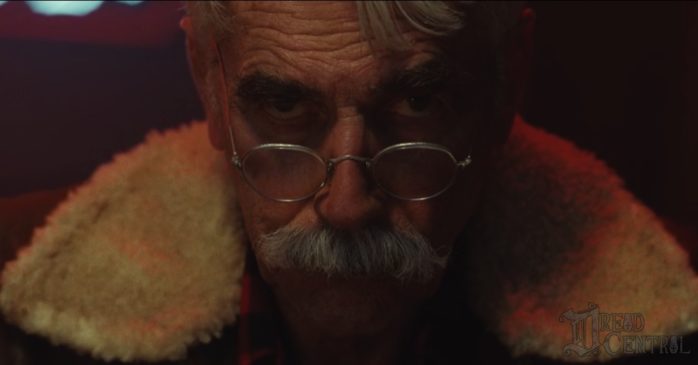 At every film festival I go to, there’s one film I have never heard of, know nothing about, yet based on its fest description, becomes something of a weird must-see for me. At this year’s Cinepocalypse it was BOOGEYMAN POP. For Fantasia, it’s Tilman Singer’s German-language experimental-retro horror effort LUZ, which is being described in the fest’s program as a mix of Andrzej Zulawski, Rainer Werner Fassbinder, and Lucio Fulci, and if you think I’m not going to watch the hell out of that, then you don’t know me.

Nic Cage smiths his own battleaxe, picks up a chainsaw, and goes to war with a cult leader and his Satanic biker henchman when they kidnap his metal-T’d girlfriend Andrea Riseborough. That’s already “throw-the-devil-horns” worthy right there, but add on top of that the fact this has been given a psychedelic once-over as the “finally-it’s-fucking-here” sophomore effort for Panos–BEYOND THE BLACK RAINBOW–Cosmatos and you have a perfect storm of a “well, duh” movie-going experience. (You can watch the awesome trailer here.) –Johnny Donaldson (@johnnydonaldson) 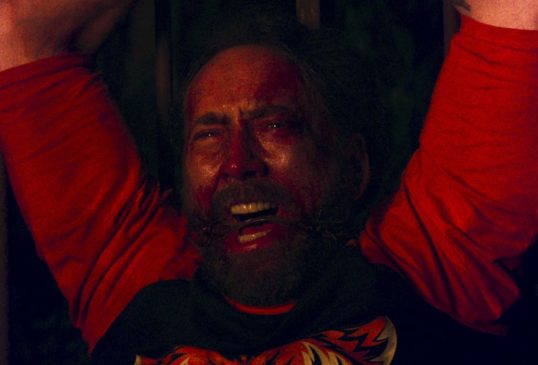