It’s astounding that the shower scene in PSYCHO still hasn’t lost any of its impact. Here is a sequence that has been ripped off, parodied, and paid homage to umpteenth times, but it still has the power to terrify and put the viewer at unease. 78/52 (named for the 78 shots and 52 cuts that make up the sequence) puts a laser focus on that scene while also delving into the time and place that PSYCHO was released. There’s plenty of trivia—both old and new—but an entertaining cast of interview subjects including Bret Easton Ellis, Eli Roth, Karyn Kusama, and Peter Bogdonavich (who does a spot on Hitch impersonation) elevate this documentary.

The documentary explores the era in which PSYCHO was committed , noting that violence had really never been committed to screen as viscerally as it is showcased in the shower sequence. In the decade after PSYCHO was unleashed on an unsuspecting public—with a very slick campaign not to allow anyone into the film after it began—the world was going to change drastically: the Kennedy assasination, the civil rights movement, the escalating conflict in Vietnam. PSYCHO didn’t predict all that, but perhaps it indicated that a change was going to come. The story is told through a collection of interviews not only from fans and filmmakers, but also Janet Leigh’s body double, Marli Renfro. Renfro was there for the whole week that it took to shoot the three minute sequence and provides an insider’s look into Hitchcock’s process.

Most of the interview subjects were not on set, but rather fans who were impacted—generally at a young age—by the sequence. Bogdonavich recalls exiting a morning press screening feeling like he’d been “raped.” What’s wonderful about 78/52 is the way it balances the insight into the sequence from outsiders while exploring the technical precision which went into shooting and cutting the sequence from the Saul Bass storyboards to finding the perfect melon to utilized for the sound effect of a knife entering Marion Crane’s body (which we never actually see). For anyone who’s dabbled—or made a career out of—film editing, this documentary is a must see. 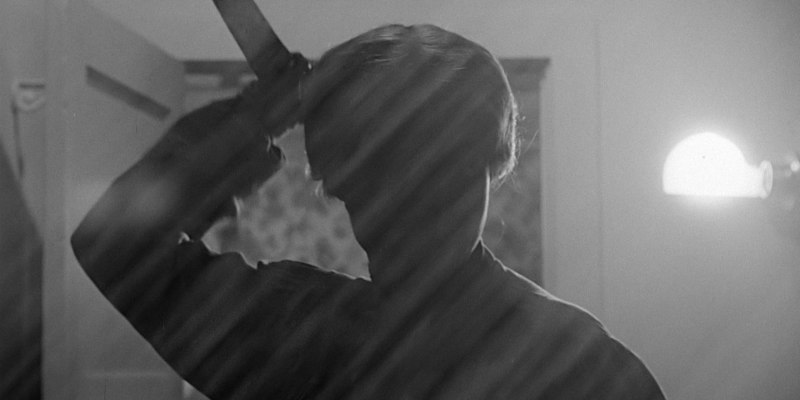 One criticism is that the film doesn’t mention Hitchcock’s more vile tendencies—the leering way he approached his leading ladies—but this 78/52 isn’t that kind of film. It’s more of a celebration of the process, the sequence itself, than a dissection of Hitchcock’s career and lifestyle. As a film lover, it can be tough to separate the art from the artist, but it appears to be a necessary evil when looking back on filmmakers from the past. Hitchcock was a creep, but he was also a brilliant filmmaker. 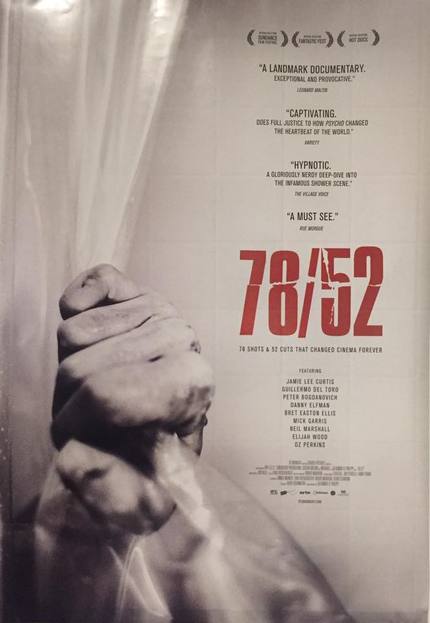 78/52 is brisk and compelling and offers a terrifically focuses look at the filmmaking process. Its impressive that we’re still talking about this sequence over forty years later, and cinephiles will more than likely be discussing it for forty more.