As a longtime ROCKY HORROR aficionado, it’s surprising to me that ANYAB escaped me until this year. Even was I was 15 tracking everything from bootleg versions of the film—featuring the original mono soundtrack as well as the “Super Heroes” ending— various television clips (the “Ronnie Horror Picture Show” sketch featured on Fridays, the episode of Charles In Charge where the kids attend a midnight screening), and of course all things SHOCK TREATMENT, this 1981 Egyptian riff on Richard O’Brien’s cult classic musical flew below my radar. ANYAB is a wonderfully weird part of the Rocky Horror phenomenon and it screened—appropriately enough—at midnight at this years Fantastic Fest.

Written and directed by Mohamed Shebl, ANYAB (translated FANGS) hits most of the same beats as the 1975 film adaption of O’Brien’s musical for the first half of the film. A pair of blood red lips fill the screen as they sing the opening theme leading into a tale of young lovers running off together (with the lofty goals of an apartment with a television). The Egyptian take on “Dammit, Janet” is one of the feature’s stand out tunes featuring a heavy hook and catchy handclaps that are dying for audience participation. Our Brad by proxy Ali El Haggar is handsome as all get out and can really sing to boot. He and Mounna Gbbr—Egyptian Janet—make their way for a friend’s party, but a rainy night and a flat tire lead them to Count Dracula’s castle. Wet, and in search of a phone, the young couple end up sticking around for Dracula’s masquerade party, featuring dime store monster masks and David Bowie-inspired face paint. 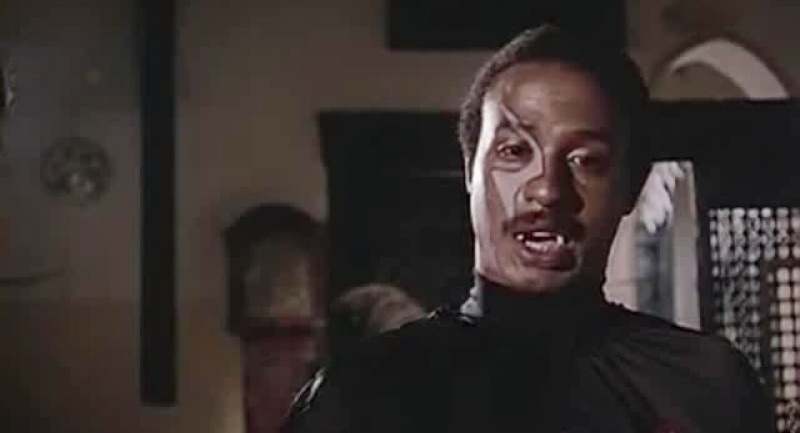 Plot wise, that’s about where the similarities to ROCKY HORROR end. While there is a gothic castle, Riff Raff, a stuffy narrator, a gangbusters, disco style dance sequence in place of “The Time Warp,” the film isn’t about counter culture and an acceptance of a queer lifestyle, but rather a critique of the older generation sucking the life out of the young. In ANYAB, the older generation are represented by literal vampires who sleep in coffins in the castle’s basement and strut around in gold lame boots. The Count of the film, portrayed by Ahmed Adawiyya has charisma to spare, and despite the film eliminating most of the sex from its inspiration, does display a simmering sexuality each time he flashes his fangs. 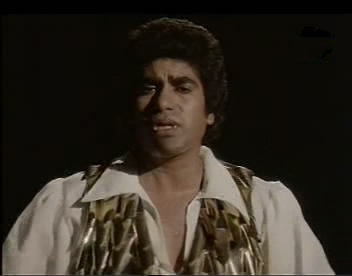 The film slows down quite a bit during its second act (not unlike ROCKY HORROR)  simply because there isn’t any music present. The tunes—composed by the El-Emam brothers—deftly blend traditional Egyptian sounds with ‘60s pop, ‘70s disco, and, ‘80s new wave tinged guitars. A few more songs would have propelled the second half which focuses heavier on the satire than the musical concept. It’s disappointing because the songs are really that cool. It’s truly like watching ROCKY from another dimension. 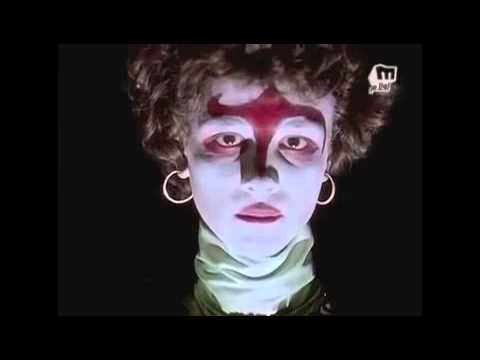 In a away, ANYAB is the film that I EXPECTED ROCKY HORROR to be when I read about it as a young man. While aliens and the parodying of ‘50s sci-fi are obviously present in ROCKY HORROR, ANYAB leans more into Hammer horror territory with crew of vamps and all of that glorious fog. 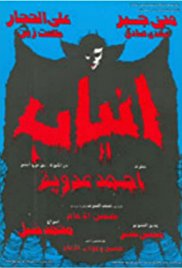 ANYAB—for all of its on the nose social satire—also comes across as a love letter to British and American pop culture. On top of the aforementioned Hammer horror elements, there’s nods to comic books, that ‘60s BATMAN television show, and David Bowie. The film also utilizes themen’s from James Bond films and Munsters, And the PINK PANTHER. One character even dons a ROCKY HORROR PICTURE SHOW T-shirt. 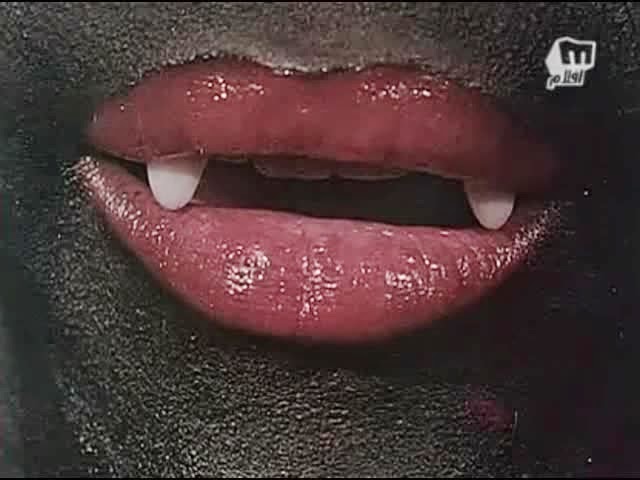 In an era where ROCKY HORROR—a long time midnight movie favorite for all the weirdos of the world—has been sanitized of its sleazier elements for prime time consumption on the FOX network, ANYAB represents that weirdness—albeit in a different way—that captured audiences imaginations throughout the films original midnight run at the Waverly in New York City.