When I was 19 years old, I worked at a Borders Books and music. One job I tasked myself with was attempting to keep the Something Weird section alphabetized. Some shifts, I’d just thumb through the selection of double feature DVDs of films that—even I, who fancied myself a cinephile—had never heard of, much less seen. They fascinated me; the exploitive titles and wild psychedelic cover art appeared to come from another dimension or an some sort alternate reality. The films—mostly from the ‘60s and ‘70s—were never necessarily part of a movement, or a scene, but they all shared certain aesthetic elements: grainy film stock, swinging instrumental jazz soundtracks, ultra cool mid century style, low-rent lighting, shot lists that must have been little more than “point and shoot” and direction that was simply “know your lines…sort of.” These were the sorts of films that littered the grindhouses that are the namesake of this site. It’s not an look or tone that Something Weird created, but the company certainly cultivated and curated it into something that carries through most of their releases. Last year’s cult favorite THE LOVE WITCH owes quite a bit to Something Weird the something Weird aesthetic. Not all the films are great—or perhaps just not for me—but you always knew that Something Weird was putting out what they found to be the cream of the crop.

Something Weird Video hosted two screenings at this year’s Fantastic Fest: BAT PUSSY and their secret screening which was revealed to be a thought to be long lost Ed Wood skin flick, TAKE IT OUT IN TRADE. Both films were lovingly restored by the American Genre Film Archive and had an era appropriate sleaziness to them. BAT PUSSY for all intents is honest to god XXX pornography (although not much sex happens, it would appear to a case of stage fright on the male actors part) while TRADE is mostly scantily clad women , sauntering around wonderfully gaudy L.A. homes in a loosely strung together detective story.Both of these films would probably never get the respectful treatment—much less a release—by any other company other than Something Weird. 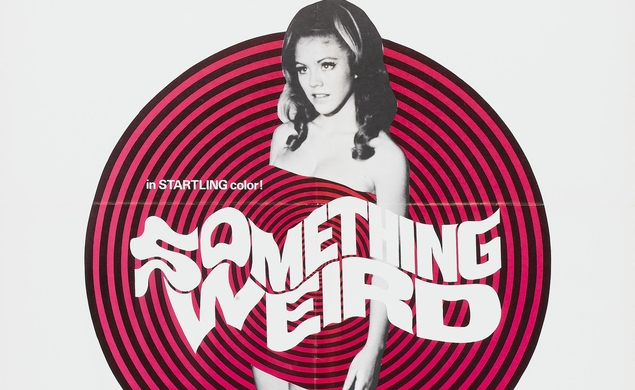 Something Weird was founded in Seattle in 1990 by Mike Vraney with an intent to distribute the trashiest of the trashy and most low budget of the low budget films. Vraney worked as a projectionist as a teenager and by chance fell into a collection of 16mm arcade loops featuring women dancing in a various states of undress. From there, Vraney and his team made it their mission to curate and save films from all the best ‘sploitation subgenres: blaxploitation, sexploitation, hicksploitation, sword and sandal epics, and hardcore and soft core shorts that even Mystery Science Theater wouldn’t touch with Tom Servo’s robotic hands. Even in a world where you can have a SUSPIRIA T-shirt shipped to your house in two days, Something Weird cultivates the most cultish of cult cinema and appealed to hardcore weirdo cinephiles and cinephiles who simply like to get weird sometimes. They even had a featured section on Comcast in the early days of On Demand television; it was sort of a late night UHF station in an era with out UHF. Vraney passed away after a battle with lung cancer, and his widow Lisa Pertucci took control of the Something Weird empire. 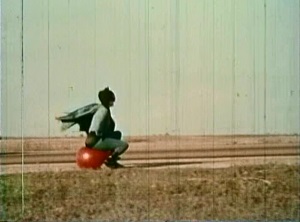 Both BAT PUSSY and TAKE IT OUT IN TRADE represent the genre filmmaking that the cult—and brand—the Alamo Drafthouse (and Fantastic Fest) was built on. Fantastic Fest features the best of the best of genre cinema each year from the uberviolent BRAWL IN CELL BLOCK 99 to the tense and gruesome Stephen King adaption of GERALD’S GAME. While both of these films feature much higher production values and (arguably) better acting than the classic genre cinema that Something Weird releases ( and the American Genre Film Institute lovingly restores and protects), they owe a debt of gratitude to the Harry Novak, Doris Wishman, H.G. Lewis, Ed Wood and the countless forgotten directors from the mid century who were in it for a quick buck, and probably lost their shirts. 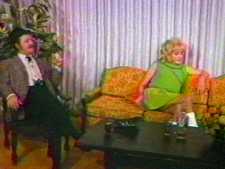 The discovery and restoration of TAKE IT OUT IN TRADE is a rarity. Film fans live in a world that feels like there’s nothing new to discover. The discovery of any long list film is a reason for celebration,  and film lovers should be appreciating this moment right now. For anyone old enough to remember visiting rec.arts.lasderdiscs or any other film-centric usenet groups in the salad days of the internet, the uncovering of any thought to be long lost film should hit with a twinge of nostalgia. Before the days when deleted scenes and alternate versions were a Blu-ray marketing gimmick, the legend of cut footage grew into myth, sometimes larger than the film themselves. The spider walk sequence in THE EXORCIST, all of LONDON AFTER MIDNIGHT, the various audio mixes from the release of the original STAR WARS. People would claim to have seen them, heard them, maybe even have them on a tape in their vast collection. A lot of it turned out to be real—such as the spider walk sequence released to DVD in 1999—and longtime fans couldn’t believe that they were finally seeing it, even if the actual sequence really isn’t all that impressive. It was thrilling nonetheless. 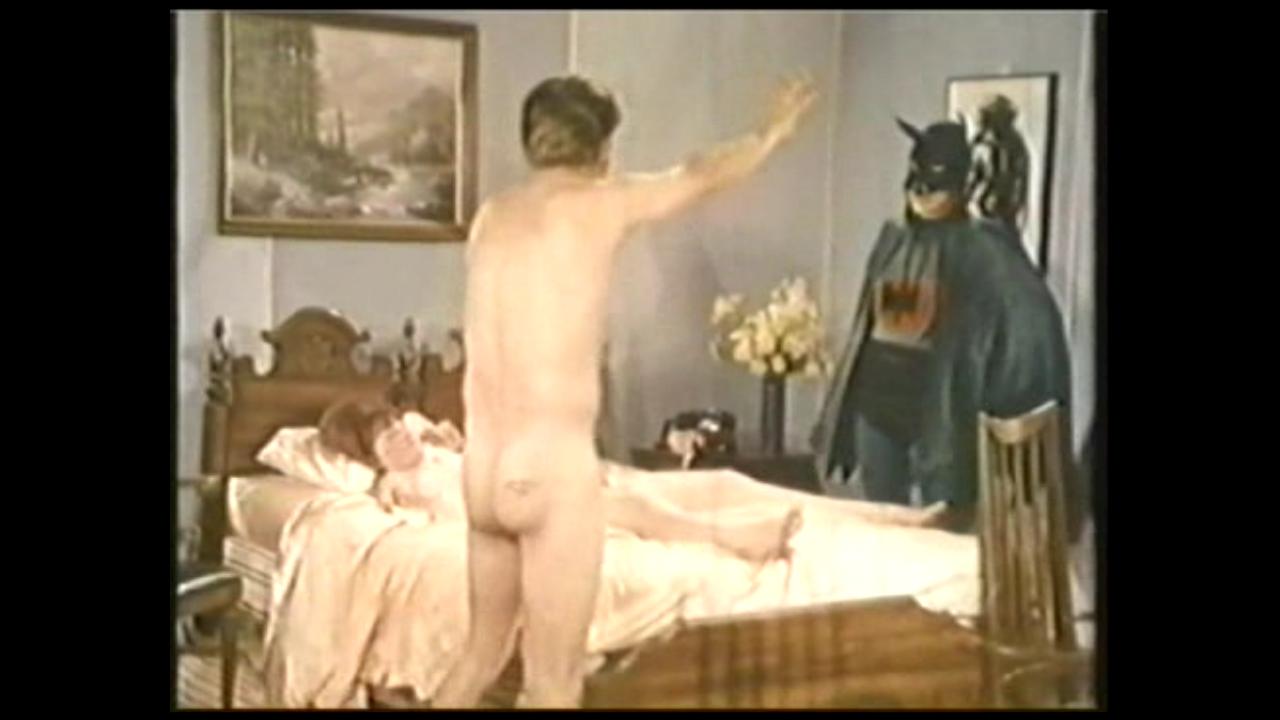 These days thanks to the wonders of the internet, everyone is connected and everyone’s an expert. Everyone’s seen it all. Is anything truly cultish anymore? It’s rare that a film like THE ASTROLOGER comes along that was for all intents and purposes was lost before developing a cult of it’s own, thanks to Drafthouse releasing. Mythical alternate cuts and deleted scenes don’t necessarily exist anymore: they come packaged on the over priced Blu-Ray or a subsequent double dip. The discovery of TAKE IT OUT IN TRADE is something that genre fans and the Ed Wood faithful thought they would never see in full (Something Weird released a collection of outtakes in the ‘90s). Film lovers should should be paying respect to both Something Weird and AGFA for making sure that there are still surprises in the world of cinema. That said, nobody is a monolith, and not everything is for everyone. 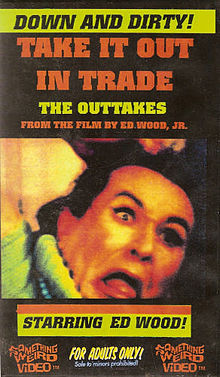 Nobody should tell anyone what kind of movies they should or should’t like, and I’m certainly don’t want to do that. I also probably lean into a more old school appreciate of exploitation trash simply because of my age. I adore all of the mid century furniture, aesthetics, and clothing on display in TRADE I appreciate seeing a low-budget film and exploring the time and place that it was made. I can appreciate that the film is a product of its time, and that certainly bears discussion and there is a time and place for that. TAKE IT OUT IN TRADE is not for everyone, but judging by the conversations I have in the lobby of the Drafthouse on South Lamar during Fantastic Fest nothing is. The assertion that TRADE is a “violent porno” is simply wrong. There was more violence against women in GERALD’S GAME and more “pornography” in BAT PUSSY, which most audience members dismissed with a laugh. The facts about TAKE IT OUT IN TRADE are that it was created by a gender fluid director and features a very progressive same-sex couple in a role that’s not played for laughs while still retaining that sleazy vibe that us weirdos enjoy. After all, the only place this film was screened before it made its way to a packed film festival screening in 2017 was an empty dive bar in Los Angeles in 1970.

Something Weird and AFGA are doing exploitation film fans a great service and—true to their name—are keeping it weird.

And I appreciate that.