Justin Benson and Aaron Moorhead don’t make horror films like the rest of us do. A sense of cosmic dread infuses every ounce of their work, a tangible flowering of an intangible vastness too big and too strange to comprehend. Though they have yet to adapt an actual story of H.P. Lovecraft, their visions have a sense of the unfathomable that makes them uniquely ideal for his chthonic vastness. They are equally adept at seeing beyond the veil into the great beyond.

THE ENDLESS is their latest exploration into the mystical, transcendental horror of time and space. In RESOLUTION, their attention getting debut, they pit two old friends — one attempting to help the other kick a voracious meth habit — in a cabin against a looping, unknowable force attracting evil to the woods. In their voluptuously engaging SPRING, they refracted one of Richard Linklater’s walking-and-talking BEFORE romances through the lens of a tentacled monster movie. Here, they are taking their focus on relationships affected by the arrival of uncanny forces into the the realm of the familiar, as siblings are now the locus of a supernatural force too limitless to know. In the process, they have made their boldest movie yet. 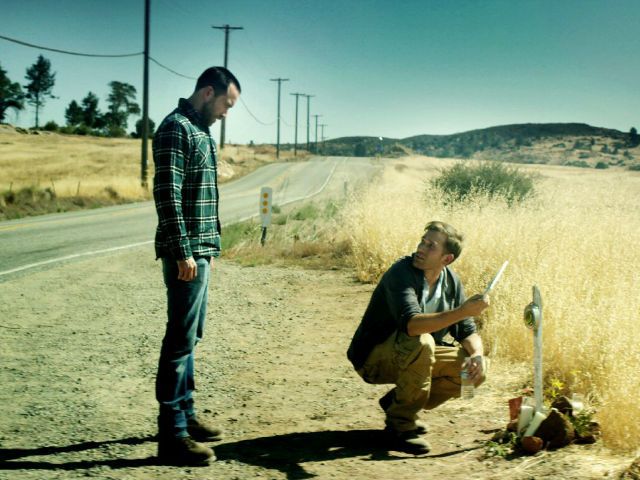 The directors, having previously only held behind the camera gigs, also step the forefront taking the lead roles as Justin and Aaron Smith, brothers who escaped from a Heaven’s Gate style UFO death cult as teens. Justin, the headstrong, cynical older one, was the progenitor of their escape, insisting on a malevolent ulterior motive to what was, on the surface, a hippy dippy farm commune. Aaron, wide-eyed and naive, is not so sure his brother was right, and as they struggle to integrate into normal society even a decade later– socially awkward and unable to date, working dead end jobs they barely give them enough to scrape by — he begins to long, even more, for the comfort and simplicity of his upbringing.

After the duo receive a mysterious, battered videotape from the group, Justin reluctantly acquiesces to Aaron’s request to revisit the commune, to recapture some of that simplicity, say goodbye and to see if the “cult” was really the cult they thought it was. Justin remains suspicious, but Aaron is quickly seduced by the friendly, welcoming attitudes of the members, all of whom have some sort of defining artistic skill, forming a tight knit and self-sufficient community who make their bones on a popular craft beer brewed on camp. As Justin begins to explore the camp and question the truth behind both its motivations and his own, possibly skewed, feelings, he begins to encounter mysterious, possibly nefarious events in the forested desert surrounding them. 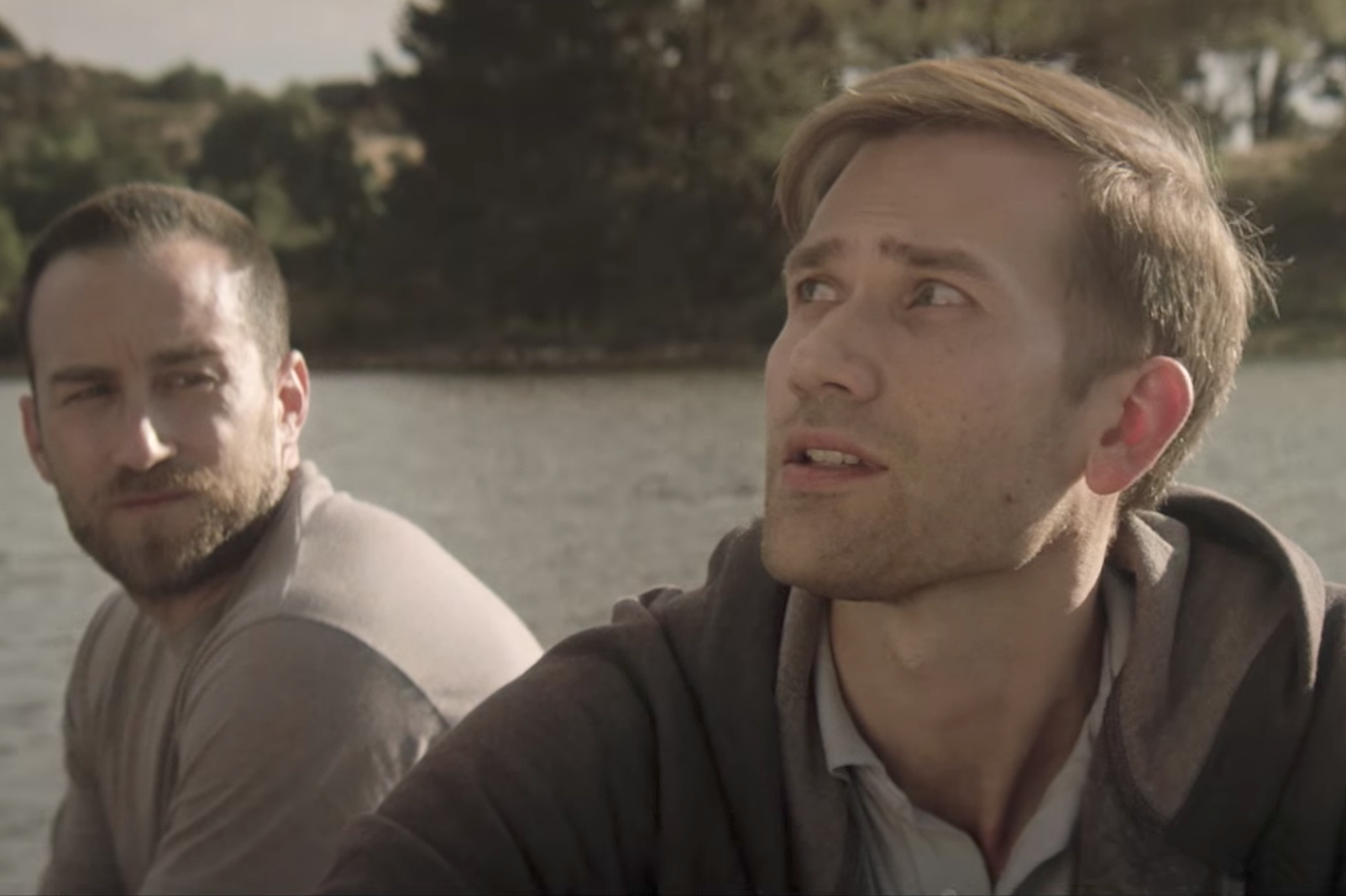 Moorhead and Benson have acted before, in small roles, but they have never hinged a project on their own performances as they have with THE ENDLESS. When a director moves into the realm of onscreen performance (without having previously established a treads-the-line of persona of performative storyteller) it can often come off as an act of egotistical folly, a visual raconteur hustling for that glorifying center stage (see: Tarantino, Quentin.) Moorhead and Benson buck that trend. Moorhead, who has a bit of the moony-eyed All-American boyishness of the young Matthew Modine, plays Aaron as longingly sweet arrested-development case nostalgic for a half-formed memory of a past that he may or may not really know. Benson, with stubble and a close-shorn haircut, is the gruffer and more realistic of the two, and he makes a derisively sardonic intuitive skeptic, scanning every situation and person with a dubious, searching incredulousness. Both of the men also have great chemistry with each other, bouncing off the other with a surprisingly funny and whimsical deftness that makes their relationship feel real and lived in.

It would do a disservice to THE ENDLESS to go on about its plot, or even to tell you why it works; part of the pleasure of the film is to watch it’s peeling-onion weirdness unfold. I can tell you that Benson and Moorhead imbue every frame with a percolating, mystical menace; this is a film that gets under your skin, even (and especially) when you have no idea where it is going. The duo like to tell stories about everyday relationships — whether it be between friends who grew into different paths, a moonstruck new romance or two squabbling, loving brothers — intruded upon by supernatural forces, and if that sounds like every new indie “cool” horror film — hipster melanges of post-mumblecore earnestness and gentrified schlock reinvention — they sidestep the muddled aimless minimalism of many of their peers. Their horror films are accessible acts of evocative spiritual longing, unnerving the system even as look into the mysteries of the cosmos. They stare into the abyss until it begins to stare back. 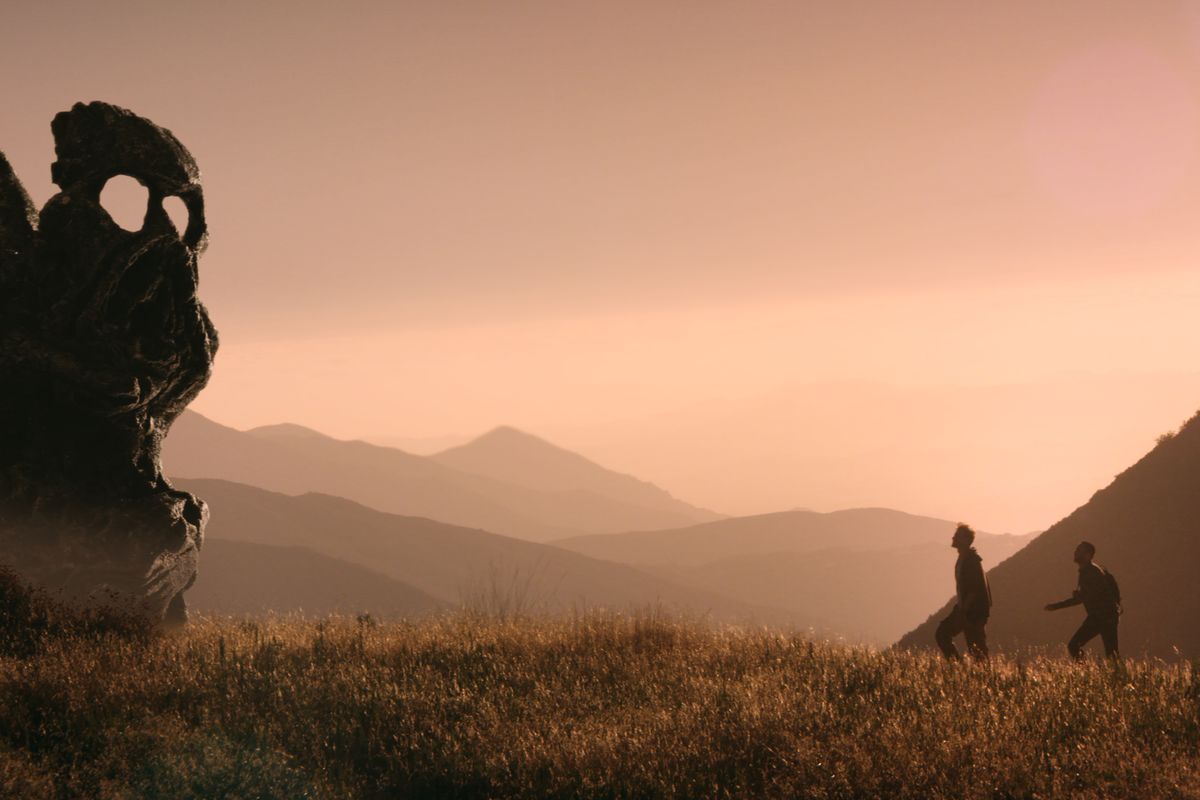