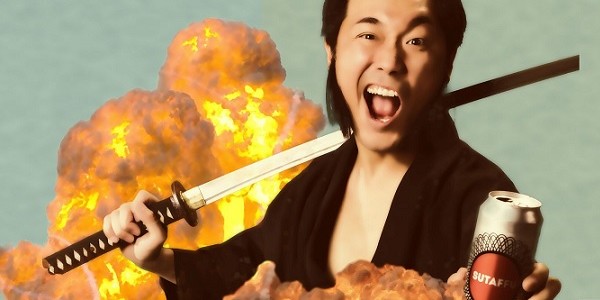 There’s something to be said for playing it straight. Broad comedy fills multiplexes every year, each film working hard to provide the latest catchphrase to the marketed on a cheap T-shirt at Target. TOP KNOT DETECTIVE is a mockumentary from directors Aaron McCann and Dominick Pearce that explores the phenomenon of the hit Japanese television show of the same name. The show actually doesn’t exist—it’s a complete fabrication from the minds of the filmmakers—but they approach not only weird Japanese television but the modern style of documentary so deftly and so spot on, that audiences will find themselves completely wrapped up in this story. The filmmakers are so slick, playing the concept straight as an arrow, that the audience may even believe it to be real if only for a moment.

The film explores life of Takashi Takamoto (Toshi Okuzaki), a self destructive egomaniac who created the TOP KNOT DETECTIVE, which according to the film, aired in Japan in the early ‘90s for just two seasons. The film follows Takamoto through the show’s run up until his eventual incarceration. The show in question concerns a Samurai—portrayed by Okuzaki—who travels from town to town, solving crimes using a magnifying glass hidden in his sword, looking to avenge the death of his master. TOP KNOT DETECTIVE excels in the way it perfectly captures the aesthetics—not only of Japanese television—but the era of the Netflix documentary as well. The filmmakers utilized actual VHS footage, 3-D style still photos, and a slew of different styles from different eras to create this alternate universe where TOP KNOT DETECTIVE became a cult classic. 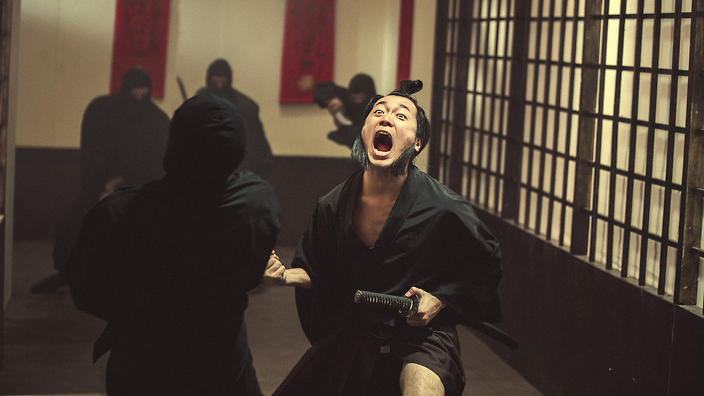 While TOP KNOT certainly plays most of the story for laughs—with only a handful of broad jokes—the filmmakers make sure that the audience is invested emotionally in the characters. The story is very heartfelt, diving into Takamoto’s lifestyle, his tenuous relationship with his creative partner Haruto Kioke (Masa Yamaguchi). 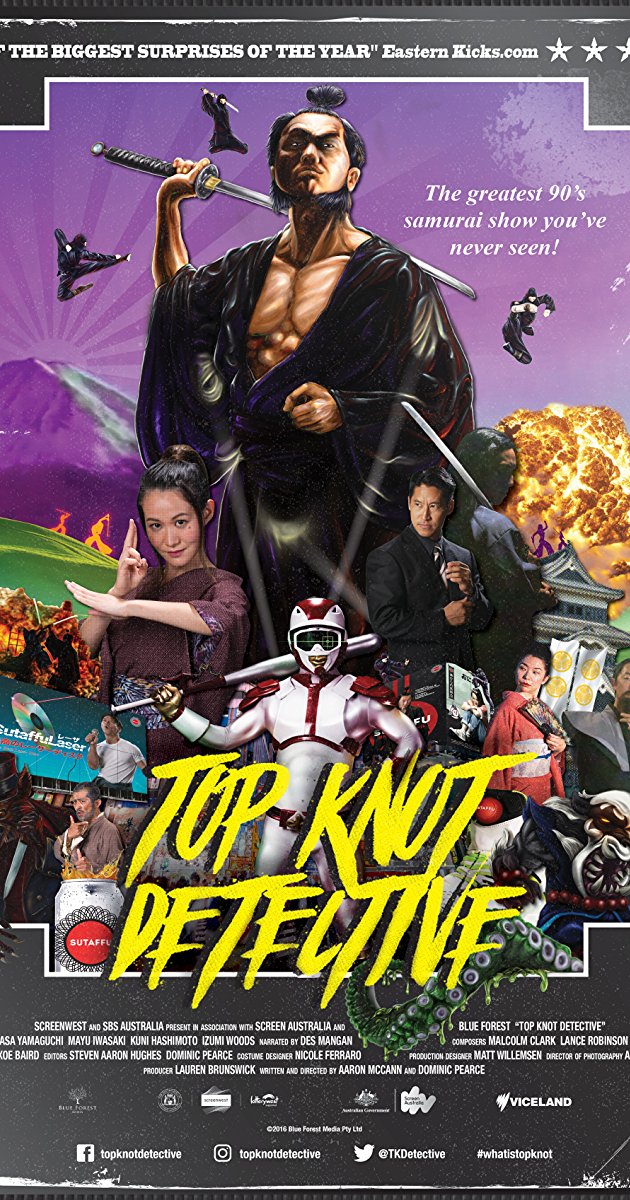 TOP KNOT DETECTIVE is compelling, funny, and hits all of the documentary and Japanese television tropes on the nose with laser focused accuracy. It’s sure to entertain anyone that has an affinity for Hanzo The Razor or even Specterman, or anything else from the Sentai genre.