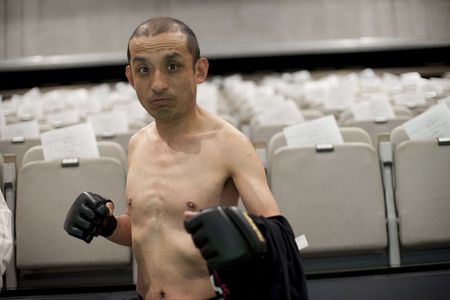 For 20 years, “Sambo” Shintaro has been the star of a Tokyo-based semi-underground wrestling league called Doglegs. Doglegs allows people with physical and mental disabilities an arena in which to fight each other as well as able-bodied people like Shintaro’s best friend and ringside nemesis “Antithesis” Kitajima. DOGLEGS follows Shintaro leading up to what he hopes will be his triumphant retirement match against Kitajima, but Kitajima throws him off by suggesting that the winner of the match earns a glorious retirement. Shintaro has never beaten Kitajima in their 20-year history; can he pull it off this time, or will Kitajima walk triumphant, unbeaten, into the sunset? DOGLEGS offers a look at a world that will be vaguely familiar to wrestling fans with its outrageous showmanship, but also completely unlike anything most viewers have ever seen before. Parallel stories follow L’Amant, a cross-dressing fighter with severe cerebral palsy, and how his family deals with his sadly declining health, as well as L’Amant’s caretaker Yuki Nakajima, who suffers from paralyzing depressive episodes. Along with many touching segments out of the ring, there’s a lot of footage of the fighters in the ring as well, some of which is terrifying. Ultimately, DOGLEGS is an inspiring but realistic look at the triumphs and trials of these utterly unique fighters in various aspects of their lives. 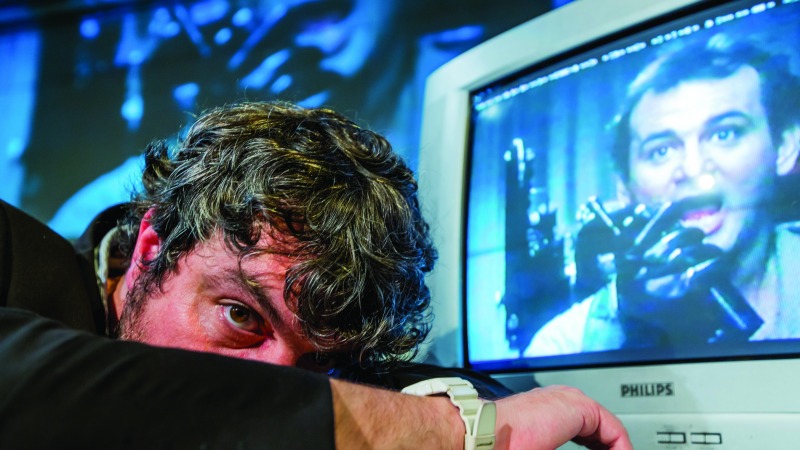 UK artist Ross Sutherland’s STAND BY FOR TAPE BACK-UP is a sort of film adaptation of a live performance piece Sutherland created in which he plays segments of an old video tape that belonged to his late grandfather while discussing dealing with grief and depression as well as performing poems composed to complement the video. Like IN SEARCH OF THE ULTRA-SEX, this film is entirely built out of video taken from other contexts, in this case the contents of that video tape that he and his grandparents used to tape various things off of television. While there are occasional moments of humor, most of this film deals with serious emotional territory and makes interesting observations about how people connect through sharing media like films and television. The constant repetition of some of the video clips becomes hypnotizing and lends itself well to Sutherland’s rhythmic poetry performance. STAND BY FOR TAPE BACK-UP is eerie and poignant, an intriguing experiment in putting familiar images in a completely different context to reveal aspects of themselves the viewer may have never before imagined. 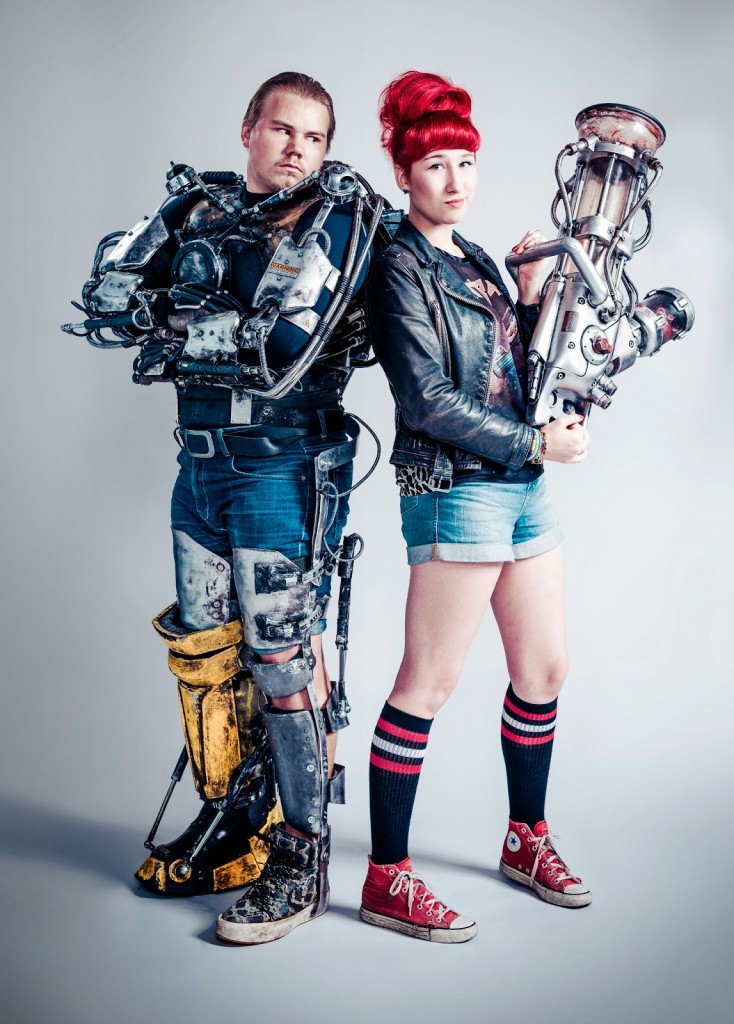 LOVEMILLA (Finland, dir. Teemu Nikki)
Milla and her boyfriend Aimo live with Milla’s alcoholic zombie parents (they literally turn into zombies when they drink) but are hoping to move in to their own place. But life is complicated: Milla’s friend Siiri wants to set Milla up with Ens, a rich young entrepreneur who works for a company that sells trips to the future. Meanwhile, bodybuilding-obsessed Aimo is thinking of spending the couple’s savings on a pair of robotic arms in hopes of impressing Milla and preventing her from leaving him. There are also superheroes, magical gay men, demon-possessed babies, and a mystery involving someone deliberately spreading Noro virus around town while a security guard and a guy in a Tiger mascot costume investigate. LOVEMILLA is seriously weapons-grade quirk, hardly allowing a scene to go by without some kind of absurd sight gag or the introduction of yet another inexplicable character or plot point. But for all of its aggressive kookiness, it never really tips too much into goofiness at the expense of its characters’ relationships and does have some moments of inspired humor. If you find yourself ready to tag out by the time Milla’s superhero friend shows up, it’s probably for the best to do just that. But if you are charmed by the film’s hyperactive willingness to throw everything at you in hopes some of it lands true, you might find a lot about LOVEMILLA to like. 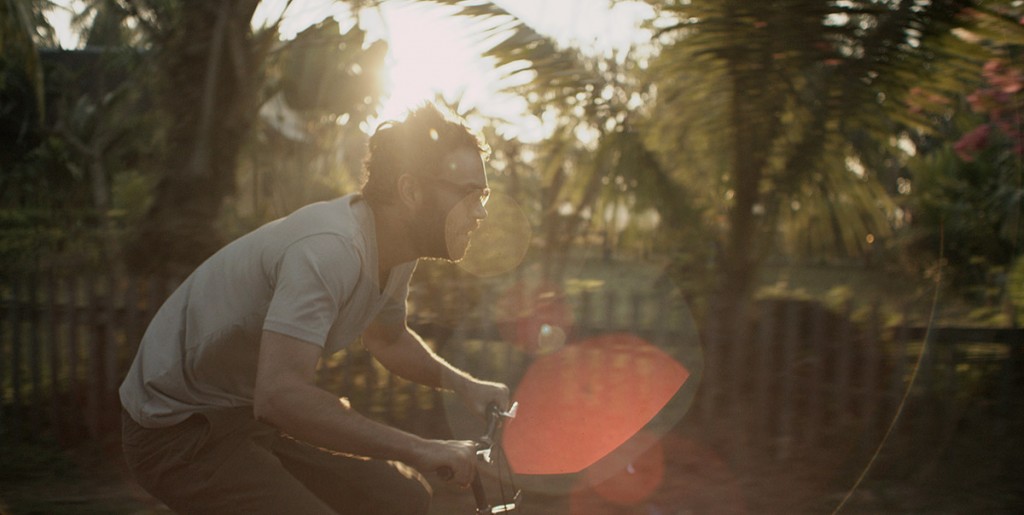 RIVER (Canada/Lao People’s Democratic Republic,
dir. Jamie Dagg)
John Lake is a doctor working for an NGO in Laos, and after ignoring a superior’s orders while trying to save a young woman he is ordered to take some time off. He travels to a small island to spend a few weeks relaxing, but almost immediately he runs into a pair of Australian tourists trying to get a couple of local girls drunk. When he intervenes, the situation spirals rapidly out of control and Lake finds himself on the run.A technically impressive but narratively frustrating debut feature from director Jamie Dagg, RIVER has some astonishingly beautiful scenery in Laos and expert cinematography to make full use of it. Unfortunately, the photography is considerably more compelling than the actual story, with Lake making a series of inexplicably misguided decisions and enjoying almost supernaturally good luck with avoiding police on his journey across the country. Rossi Sutherland gives a solid lead performance, but it’s still tough to empathize much with Lake’s situation when he seems so determined to constantly make things worse for himself. 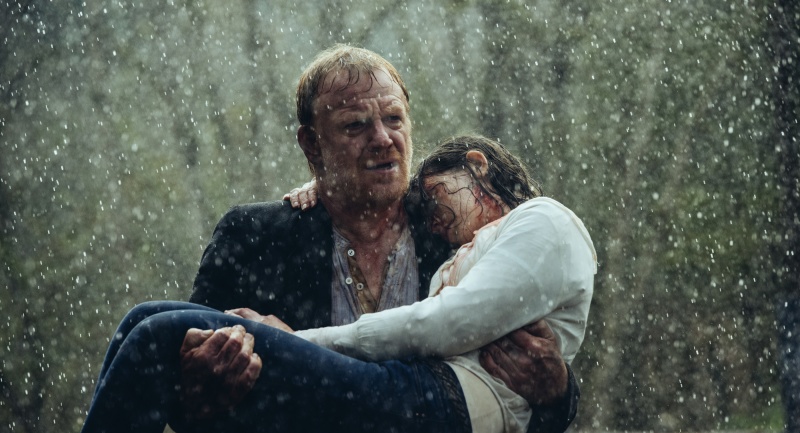 THE PASSING (UK, dir. Gareth Bryn)
Stanley lives alone in an isolated cottage in a quiet valley, where he tends to the land, builds chairs, and works to construct a well. One day young couple Iwan and Sara crash into a creek on Stanley’s land, and for the first time in a very long time he has to face other people. He helps mend them, but while Iwan is anxious to get back on the road, Sara seems to think they’ve found exactly what they were looking for when they fled their home. An uneasy romantic triangle develops, but Stanley’s distant demeanor conceals a dark secret about his home. THE PASSING is shot well and the acting from its tiny cast is solid, but its pace is so glacial that by the time it comes around to the finale, it’s hard not to feel a little cheated. Other than all the dialogue being in Welsh, there’s not a whole lot about THE PASSING to separate it from other low-budget, minimal genre thrillers, but it will be interesting to see where director Gareth Bryn goes from here.
Tomorrow:FEBRUARY, LOVE & PEACE, THE INVITATION, SENSORIA, and KLOWN FOREVER!