I worked in a haunted house for ten years and would do it for another ten if I could. It’s painful, you get hurt, slapped, spit at, cursed out, and called everything in the bad-language bible.
And yet, I’d do it again in a heartbeat.
This is the core of HAUNTERS: THE ART OF THE SCARE, a fast paced, popcorn munching, heart punching documentary about those people who put their blood, sweat and tears into every single piece of set in their home haunts. It touches back and forth between the psychological implications of haunts, the sociopolitical aspect of the haunt industry and whys and hows of people for whom Halloween isn’t a day at the end of the month of October.
The director, Jon Schnitzer, keeps the pace moving quickly through the stories that these subjects tell, some of whom, like his standout, Shar Mayer, who tells the story of a back injury she suffered while acting, and yet she would do it all day, every day because it is her life. I know that feeling, and thus related to her so, so much. The devotion gives way to obsession for some, and you find yourself sympathizing and relating to them, because there’s something EVERYONE loves. The concept of a “haunt widower” fascinates me too, because ultimately we have people who don’t understand the passions and it tears them apart and to HAUNTERS credit, it doesn’t shy away or sugarcoat.
And the villain, Russ McKamey — I’ve never felt such a visceral and angry reaction to someone in a documentary in a long time. The sheer fact that he’s showing you this monstrous side of himself and being okay with it… it’s staggering.
And yet…
Schnitzer does something amazing here. He makes you sympathize with this villain after he’s been built up at this bully making non-death snuff films out of his unseeming California home. Suddenly, maybe you feel like you got the guy wrong. And then, he pivots back and makes you feel more anger towards McKamey. It’s perfect.
I loved HAUNTERS, and you will too. If you’ve set a single foot inside of a haunted house once, use this to get you back into the thrill of fog machines and mud. 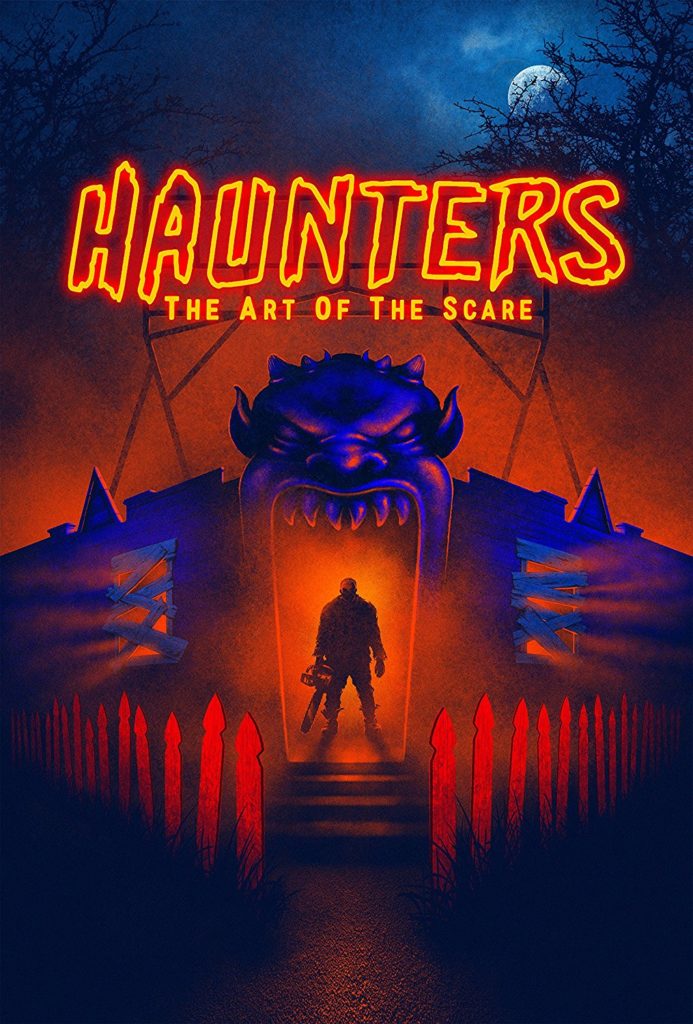