Many of the jokes in RON GOOSSENS: LOW-BUDGET STUNTMAN are super-specific to the Netherlands and, even more specifically, to the Dutch film industry. I am afraid I am an expert on neither the country nor its film industry. All I really know about the cinematic arts in the Netherlands is that it gave the world Paul Verhoeven, and for that, we are forever in debt. While a lack of understanding of a majority of the inside jokes aimed at the film and television industry in the Netherlands flew over my head, I was still entertained by the film for the first forty or so minutes. Unfortunately, the film runs eighty minutes. 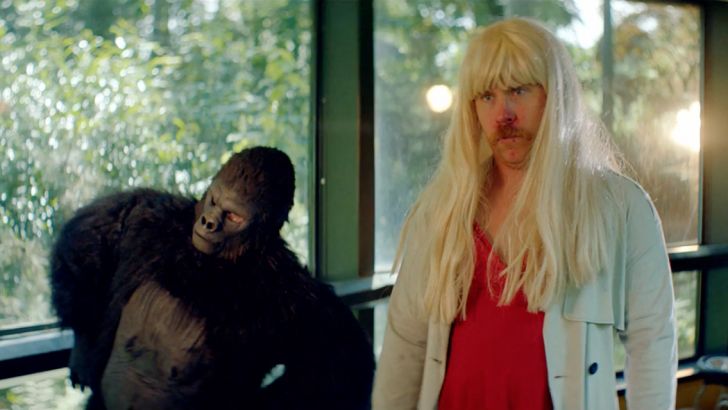 Ron Goossens (Tim Haars) is a sad drunk in a town full of them. In his mid-30’s, his main claim to fame in life is being the son of an even more prolific drunk. He spends his days and nights drinking until he is blackout drunk, usually waking up in an awkward position somewhere in public the next day. His wife Angela (Maartje van de Wetering) has cheated on him with every man he knows and does not care when he discovers this fact. It is to Ron’s credit that he does seem to care about Angela even though she has given up on him. 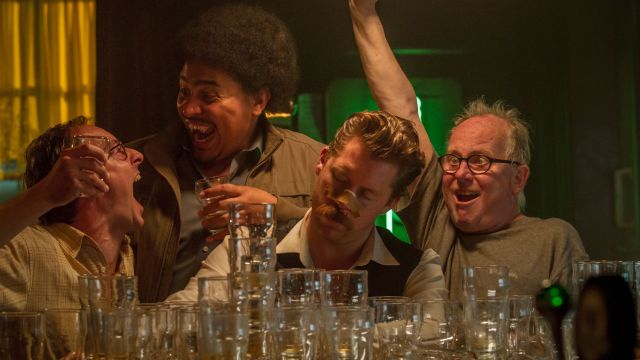 As the film he opens, Ron has drunkenly taken on a dare to jump a canal in his tiny, beaten up car. Not surprisingly, things go very wrong with a spectacular crash and Ron aflame, leaping into the canal to put out the fire. When his friend Peter (Henry van Loon) puts video of the crash and Ron’s fiery leap on YouTube, he quickly becomes a viral sensation. Before long, a shady agent (Michiel Romeyn) is at Ron’s door looking for a stuntman who works cheap, off the books, and with a minimum of safety precautions to take the place of more expensive union stuntmen.

When Angela kicks Ron out of the house and says he can come back home if he manages to have sex with hot actress of the moment Bo Maerten (playing an exaggerated version of herself)—a task she considers impossible for Ron to manage, he takes the agent’s offer. But drunkenly putting himself in danger is different than also putting actors in danger with his antics and it does not take him long to alienate Bo, forcing him to continue taking on crazy stunts in film after film to stay near her. 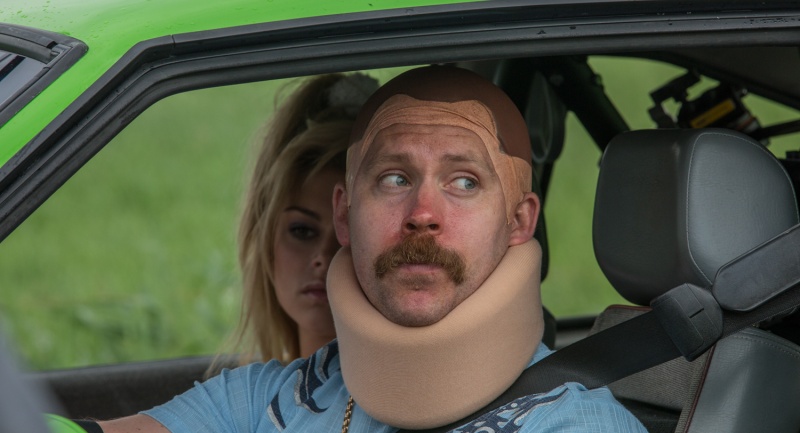 That is a convoluted set up for a film that largely mines laughs from watching a drunken buffoon annoy and terrify pampered actors. And that is part of the problem with RON GOOSSENS. Much of that set up is designed to lay the groundwork for a second-half attempt at redeeming Ron, which is where the film quickly unravels.

Even with jokes that rely heavily on understanding the public personas of Dutch and German actors and singers like Maerten, Waldemar Torenstra, and Dennie Christian, the section of the film that deals with Ron Wreaking havoc on their lives and careers is very funny, scoring big laughs from Haars’ gift for physical comedy. Sly self-mocking on the part of writers/directors Steffen Haars and Flip Van der Kuil when it comes to how small the film and TV industry is in their country also provides a fun running joke about the same actors appearing in every production. 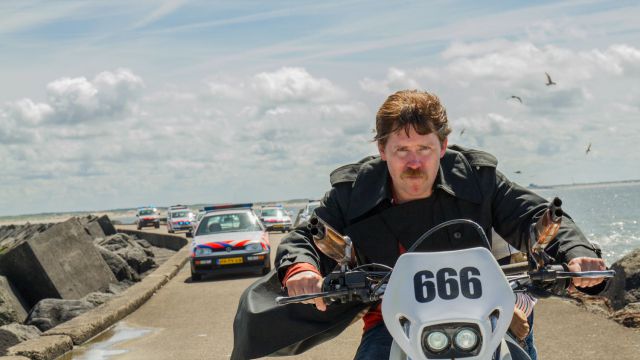 While I normally would applaud a comedy for trying to add a little heft to the proceedings, RON GOOSSENS establishes the tone of an anything-goes spoof in it first half, so the sudden attempt to take Ron seriously as a character in the back half of the film nearly causes whiplash. It makes sense that Ron should evolve as a character, but as skilled as Haars and Van der Kuil are at comedy, they have a heavy hand that borders on judgmental when it comes to trying to redeem Ron. Not only does he sober up, but he also has to face the consequences of his unhappy marriage and try to make amends to Bo for basically stalking her for months. These sudden stakes feel too dramatic and serious for a film that opened with a man nearly killing himself in an auto accident and then shouting out “I’m like, totally shitfaced!”

Even though the film does come back around at the end with an anarchic—if mean-spirited—finale, it is too little too late after the misguided turn into semi-dramatic territory. Still, I have the nagging concern that the attempts at redeeming Ron are just another culture-specific piece of comedy that I missed.

Am I’m the wrong person to review RON GOOSSENS? All I know is that I enjoyed the film infinitely more when it didn’t take itself seriously at all. Maybe it would have worn out its welcome as well if it stayed the same ridiculous comedy all the way through, but at least it would have been true to its spirit. 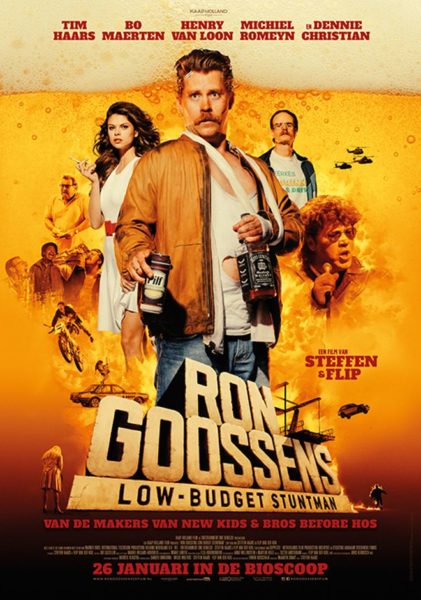