There is something admirable about a horror film that is fairly upfront and open about the fact that it plans to only serve as a delivery device for jump scares. While I suppose the argument could be made that there is some sort of metaphor buried in the film about the effects of shared trauma or the pain and anger that comes with the ending of a long romance, TERRIFIED reassures from its title and opening scenes that it is here to scratch one particular itch. And it scratches that itch in a fairly skillful way that puts many recent bigger-budgeted horror films to shame.

Instead of being a haunted house movie, TERRIFIED can almost be described as a haunted neighborhood. The residents of three houses on a quiet street in a suburb of Buenos Aries are abruptly toyed with and attacked by malevolent ghosts (or demons, or interdimensional creeps, or something else). Eventually, the situation on the street becomes bad enough that it attracts the attention of three paranormal investigators and an overwhelmed cop nearing retirement. The three investigators split up to spend time in each house while the confused, increasingly panicked cop bounces back and forth between them. You can probably guess what happens from there. 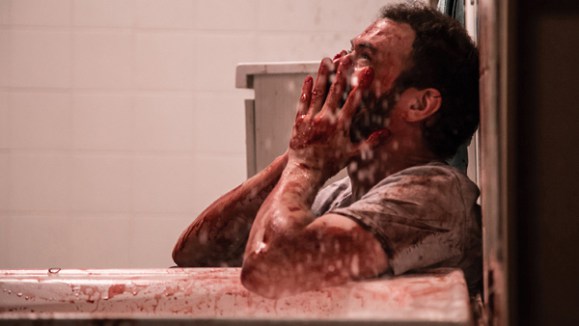 To the credit of writer/director Demián Rugna, even though you can tell very quickly how this set-up is going to pay off, he finds new wrinkles in how to present the situation. The first act is a series of reversals where characters are introduced and followed for long enough that it is assumed they are going to be the film’s protagonists. Rugna then abruptly shifts to a new set of characters, pulling the same trick all over again before the audience subtly picks up on the fact that the seemingly unimportant cop running back-and-forth from one crazy, scary situation to the other is the key to understanding what the hell is happening.

Of course, the question of just what the hell actually is happening is never actually understood. Rugna designs TERRIFIED to be almost unexplainable when it comes to the motivations of the ghosts/creatures. As all plot mechanics get thrown out the window, the film actually becomes better and scarier, with the director providing some of the most beautifully executed jump scares you are going to see in a horror flick this year. Keep in mind that I personally am not usually a fan of the over-use of jump scares in a movie, so the fact that I am recommending the film on the strength of said scares really does speak to how effective I found their use here.

Rugna also gets a ton of mileage out of the ghost and creature designs in the film, showing just enough of their twisted, unnatural movements to raise goosebumps but never letting the camera linger too heavily on them, taking away the mystery of how they operate. 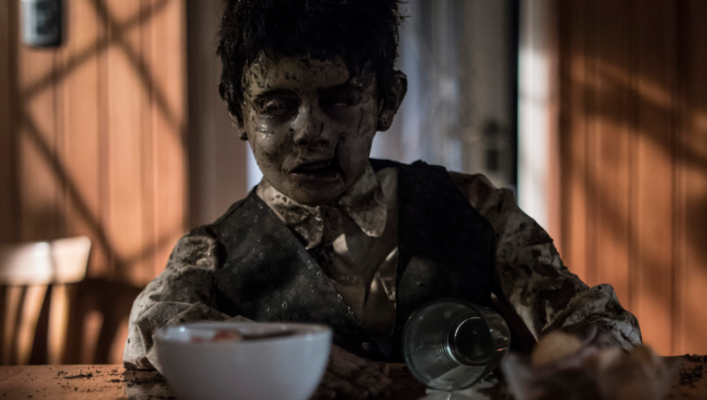 I will admit that I am being much kinder to TERRIFIED that I am to other horror films with less skillfully constructed jump scares. Narratively, it could be cleaned up a bit to clarify what the paranormal experts are looking for and how they have been drawn to the neighborhood. Also, given how much weight the cop’s history with the resident of one of the houses is given in later scenes, their past connection could have been fleshed out to give more impact to some points in the third act.

Narrative issues aside, TERRIFIED throws down the gauntlet with its title and nearly lives up to the expectations contained within it—which is an impressive achievement. In lesser hands, this would have been a cheap horror film with perfunctory attempts at scaring the audience. But Rugna shows no interest in approaching the material in a half-assed manner, creating a genuine scary movie with a handful of jump out of your seat moments. Given the film’s ambitions, I cannot think of better praise for it. 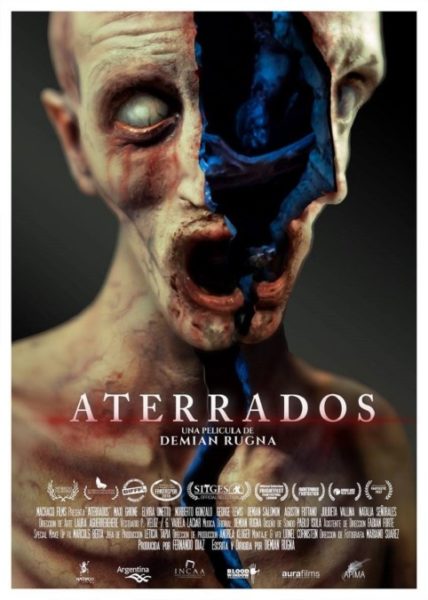