A lot of the appeal of Fantastic Fest as a film festival is that it’s presented less like a stuffy curation of cherry-picked cinema and more as a weeklong excuse for fun and games built around the clothesline of watching movies. And sometimes those fun and games are ACTUALLY, literally, games, as I got to experience this with advance play previews of Ubisoft and SpectreVision’s Transference virtual reality video game and Mondo’s The Thing: Escape From Outpost 31  board game. 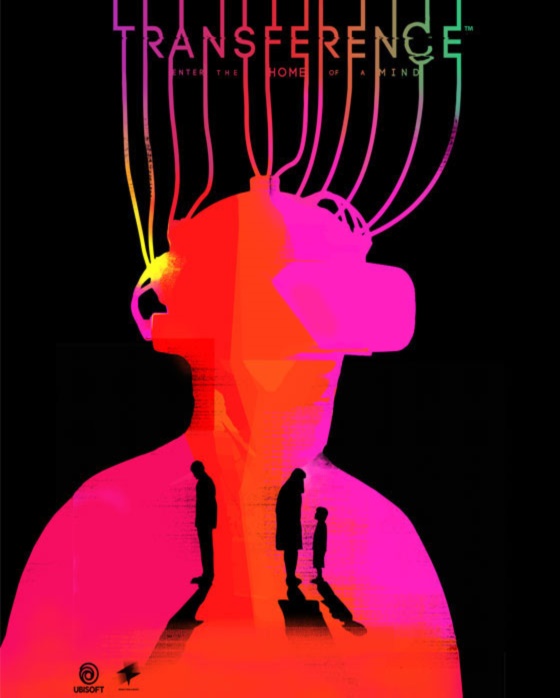 Transference is a psychological thriller gone digital. You play as a test subject in an experimental memory recovery program, wherein someone else’s memories can be extracted from their brains and put into yours so you can experience them first hand. The goal of the game is to piece together the memories of Walter, an army vet with PTSD who’s been murdered. In the snippet I played, we wander around Walter’s home in two different time periods — 1993 and 2002 — looking for clues and then piecing them together to “survive” the game.

Part of the in-game experiment is that, because it’s such a new technology, that it is, by it’s nature, glitchy — memories may be perfectly restored, or they may be corrupted or even non-existent. That’s where the psychological horror element kicks in: everything around you is meant to be a little haunted, alien and off-putting. An ordinary suburban house is rendered dark and creepy, with unsettling sound design and strange, even bordering on surreal, images popping out of the corner of your eye. It isn’t necessarily Silent Hill nightmarish, and not necessarily horrifying, but it is weird and does a good enough job getting under your skin.

The snippet of game I played — about a half hour — has a fairly simple mystery to piece together to “escape” but is just hard enough to occupy thirty minutes. The visuals are somewhat rudimentary given the advances of  videogame art, but only by a small margin. The one issue I had with the game, and hopefully it’ll be fixed by the time it releases for the Oculus Rift next Spring, is that the motion control of the game is herky-jerky enough to make one nauseous. Not only can you look around with your own head, but two different controls,one on each hand, change persepctive and direction, respectively. However, the lack of fluidity in the change makes the game somewhat hard to focus on and the rapidness of th way it changes will result in queasiness. 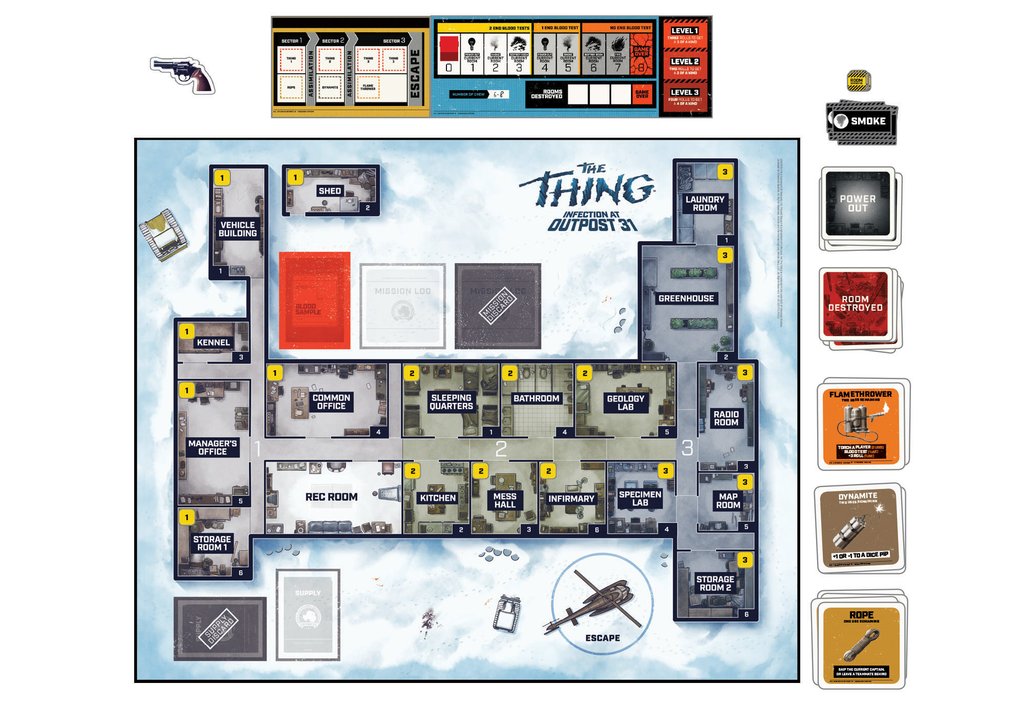 Mondo’s THING board game takes place on a table-top, so stomaches will remain settled. Intended for groups of 4 to 6, you adopt a character from the film (I was given Garry) and given a card that says if you are infected or human. Keeping your humanity, or lack thereof, secret, you play as a group, completing missions to win the game, which the infected seek to sabotage and ruin. The objective is to get through the rounds to escape — if four humans escape, you win the game; if the imitations each ruin enough rounds OR just one escapes with the humans, the game is lost. (I was an imitation, for the record.) 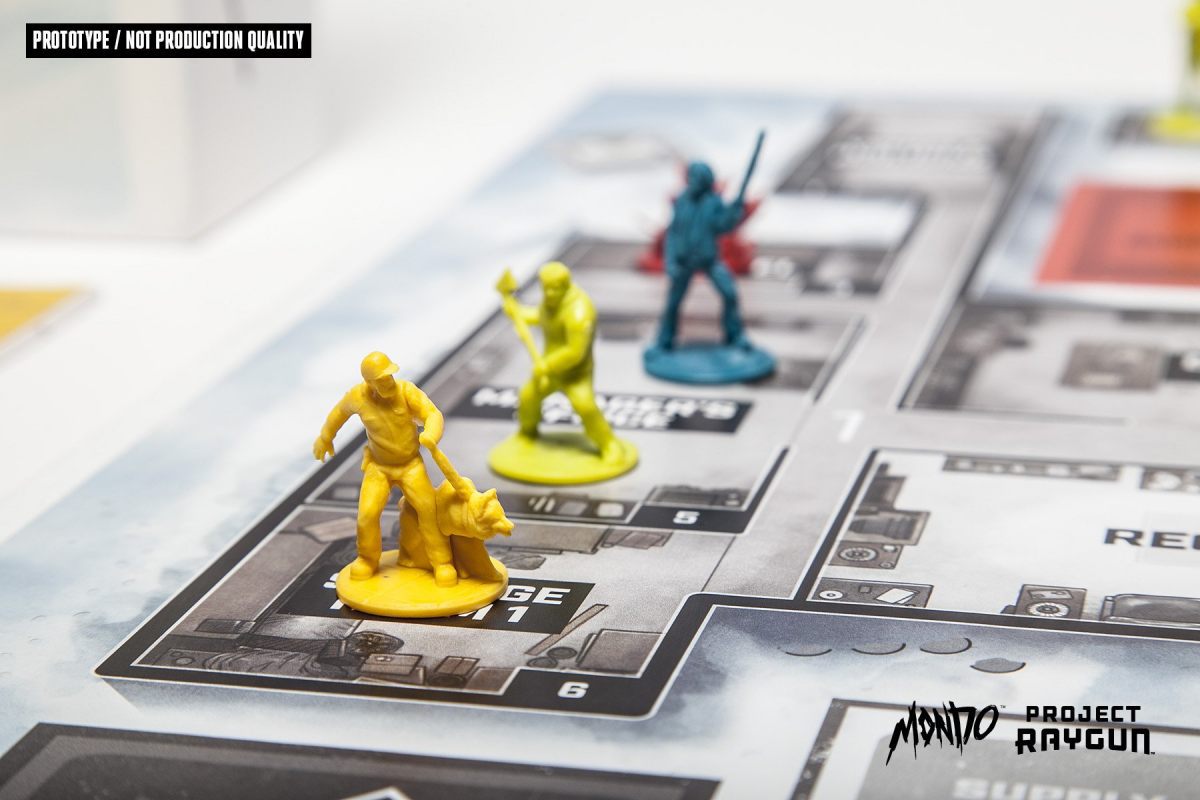 There are a lot of pieces and gears to the gameplay, involving dice, several different types of cards and figures,and while the number of rules may make some people feel like their eyes are crossing, they are actually quite easy to follow. This is a very strategy-oriented game, requiring a Texas Hold’ Em level of deadpan. You can’t let on that you are an infected, and you need to know when to play your hand at sabotage and when to co-operate. Do it too much, you risk being outed or losing trust, and being excluded from missions (and, thus, gameplay); do it too little, you give the humans too much of a chance to win. 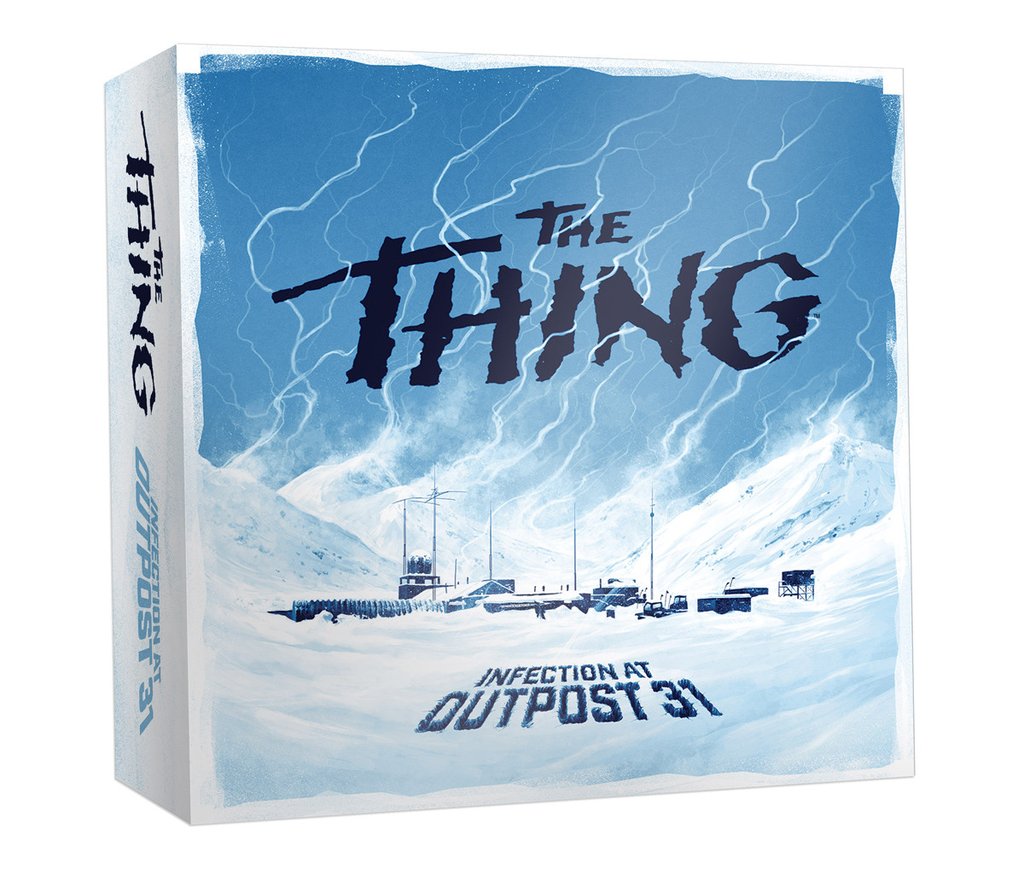 It’s a fun game designed to bring people together and be social with each other. It’s thoroughly well-designed and thought out, and  I give the creator’s credit for designing such a complex, but deceptively simple, game. My one debit for them may be the somewhat cheap-toy look of some of the game pieces, but given that  this is one of Mondo’s first wide pushes, and not just a niche collector’s item, that’s forgivable.  I would say this is a fine THING for any fan of Carpenter’s classic film to had to there home collection.

Transference is slated to drop in Spring 2018. Escape From Outpost 31 comes late October or November.