Alchohollywood is a Chicago-based podcast featuring Clint Worthington and Jared Latore that combines their love of film with their love of booze. Each episode features the hosts — and occasionally, special guests — discussing a film while creating a drinking game to play along with at home. Latore and Worthington also provide a drink recipe appropriate for the movie at hand. 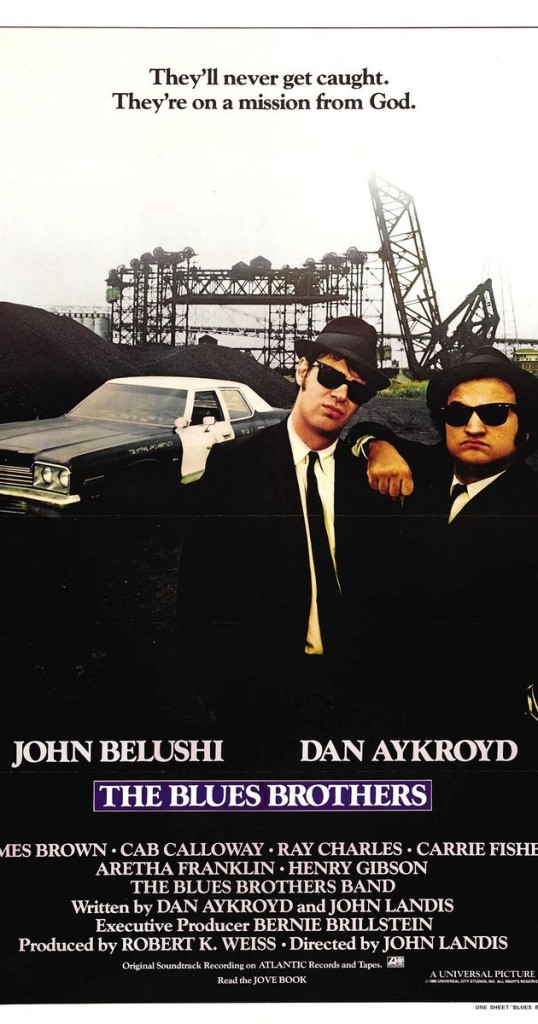 In their June 17th episode, the guys delve into John Landis’s 1980 musical comedy, THE BLUES BROTHERS. One of the more successful Saturday Night Live film adaptations that may have been, the story of Jake and Elwood Blues putting the band back together must have been “dreamed up in a junkyard,” according to Roger Ebert. It’s been a long-running joke around town that the four stars on the Chicago flag stand for Fort Dearborn, The Great Chicago Fire, the World’s Columbian Exposition of 1893, and the filming of THE BLUES BROTHERS. Pat McDonald of HollywoodChicago.com sits in on the show and offers brings a sense of authority to the proceedings, as McDonald runs a Blues-Brothers-themed jaunt through The Windy City as part of Chicago Film Tour. 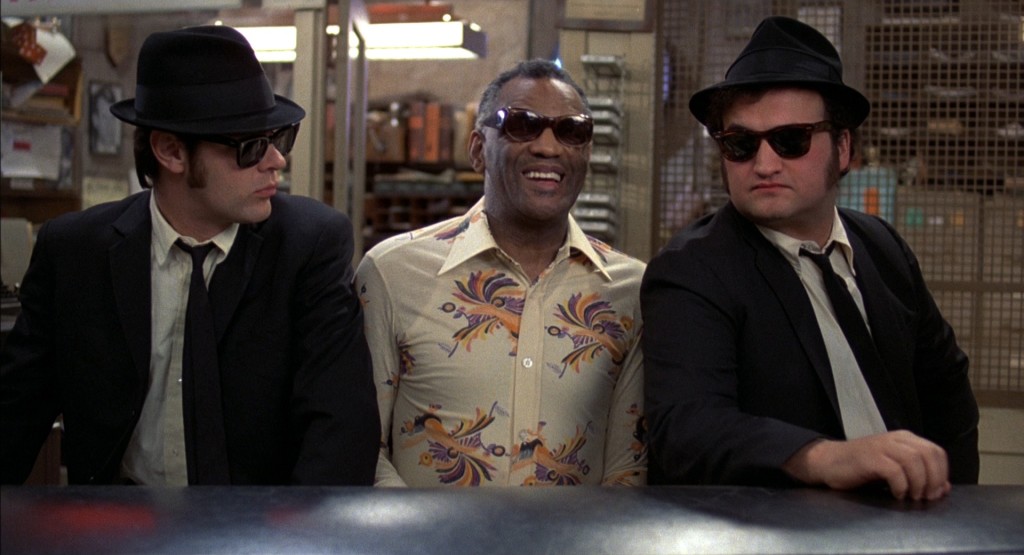 The show is a fun listen for fans of Landis’s bonkers road movie, particularly as a resident of Chicago who grew up watching the film countless times on WGN Channel 9 (really, the only authentic way to watch THE BLUES BROTHERS.) There is some pretty good trivia on the episode that even a Blues Brothers enthusiast as myself was surprised to hear: how Ray’s Music Exchange is still standing at 300 E. 47th, how James Brown refused to lip-synch, and how the production completely shut down downtown Chicago for six consecutive Sundays in the summer of 1979 (a feat that couldn’t occur today). It’s also interesting to listen to Worthington and Latore — who appear to be a bit younger than myself — discuss the movie from afar, particularly as I have been quoting the movie since I’ve been able to talk. 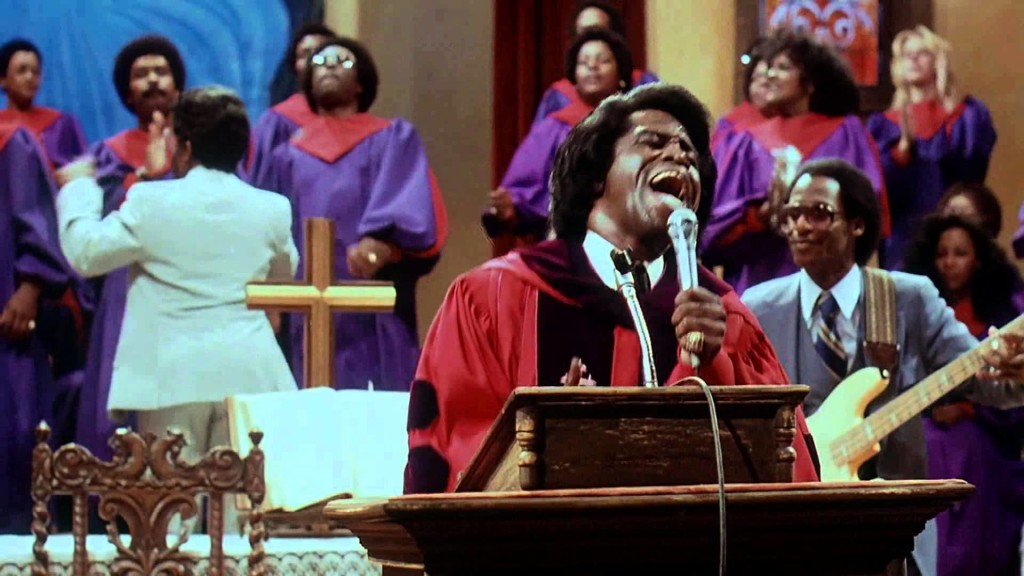 The drinking game has some nice touches, and it should come as no surprise that you finish your drink when Elwood Blues explains that “it’s 106 miles to Chicago, we’ve got a full tank of gas, half a pack of cigarettes, it’s dark, and we’re wearing sunglasses.” Latore and Worthington also provide a terrific receive for Orange Whips… but you really should make them in threes. 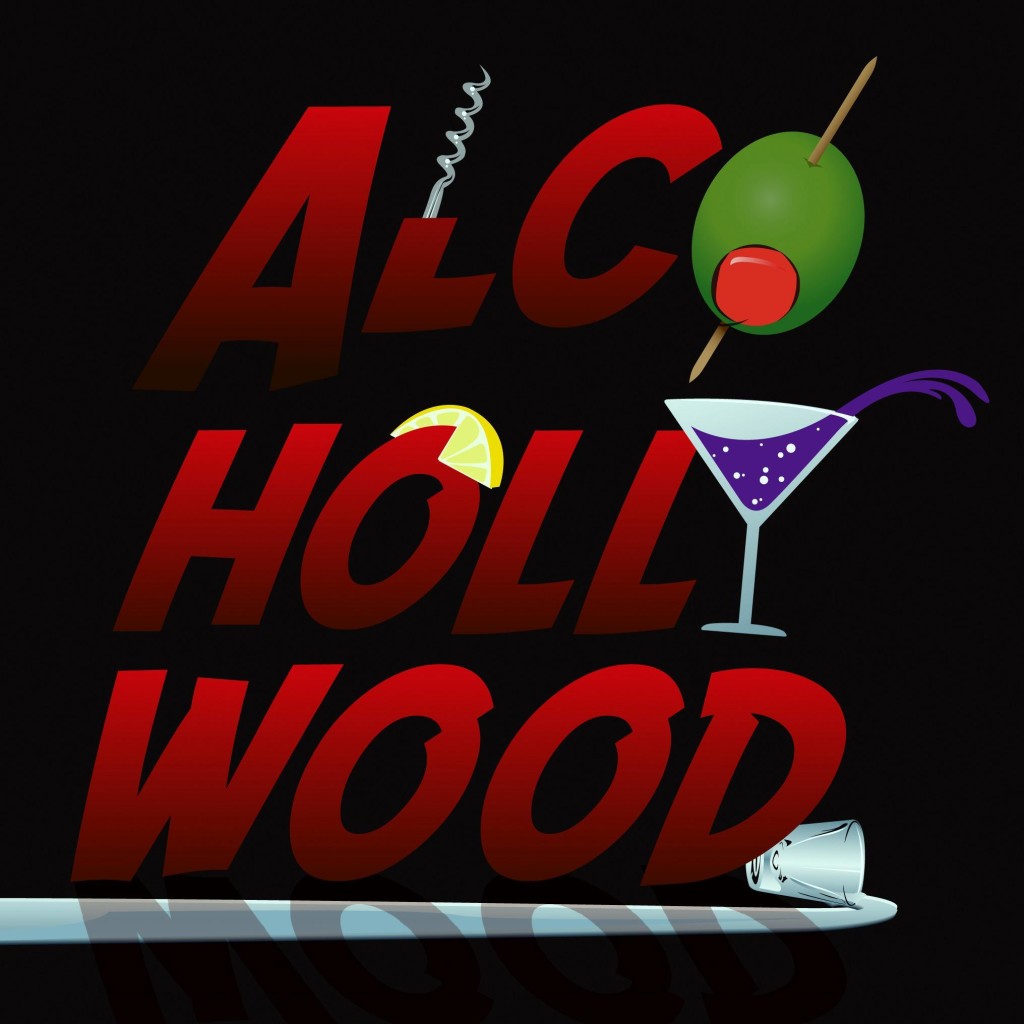 Enjoyed this column? Click the doll down here for the first installment!