2017 marks the 24th year for the Chicago Underground Film Festival, held this year at the Logan Theatre in the city’s Logan Square neighborhood. As always, this year’s lineup of features and shorts runs the gamut from wild experimental works to documentary to narrative features. This year’s opening night was Wednesday May 31st, and the fest runs through Sunday June 4th. Daily Grindhouse will be covering all the feature films screened at this year’s CUFF in three parts. 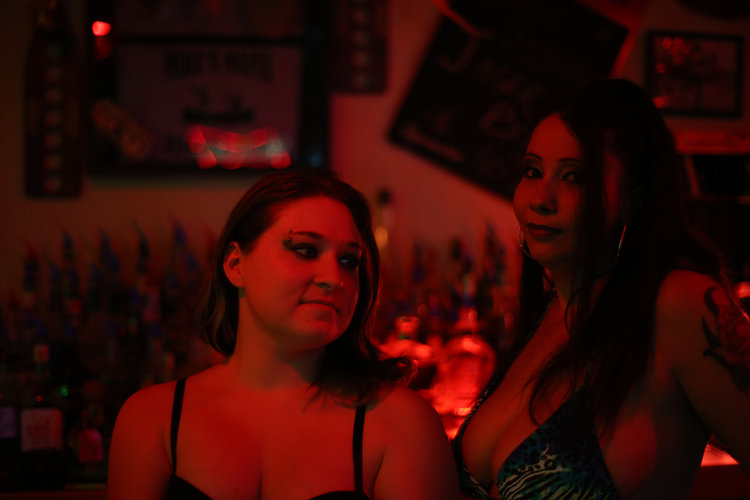 DRIFTING TOWARDS THE CRESCENT (USA, dir. Laura A. Stewart)

Laura Stewart’s documentary examines the lives of a handful of people living in Keokuk, Iowa and Hannibal, Missouri, two “river towns” on the Mississippi. The latter is famous as the hometown of Mark Twain, but that seems to be just about the only major differentiation between the two towns. Despite their geographical separation the towns seem nearly identical, sharing a common “river town” culture (fishing and drinking appear to be the biggest pastimes in both towns, for example) and a seemingly unstoppable economic decline. Beautifully shot and scored and carefully observed, DRIFTING TOWARDS THE CRESCENT is a fascinating look at a part of America that is rarely seen in popular culture.

Adam Luxton and Summer Agnew’s “speculative documentary” follows three subjects as they explore different types of ruins. Scientist Di Tracey studies impact of trawl fishing on the Chatham Rise seabed, sound artist Bruce Russell (of The Dead C) scavenges the city of Christchurch following a devastating earthquake, and actor David Hornblow explores his troubled past through Regression Hypnotherapy. The Chatham Rise sequences feature some astonishing deep-sea photography, and Bruce Russell’s recording approaches and philosophies are interesting and complex. Unfortunately, the sequences following Hornblow—which mix footage of him and his therapist with dramatizations of the experiences he recalls—feel lifted from a completely different project. They unfortunately prove more of a distraction than a complement to the other stories, but there is still much here to recommend giving the film a look. 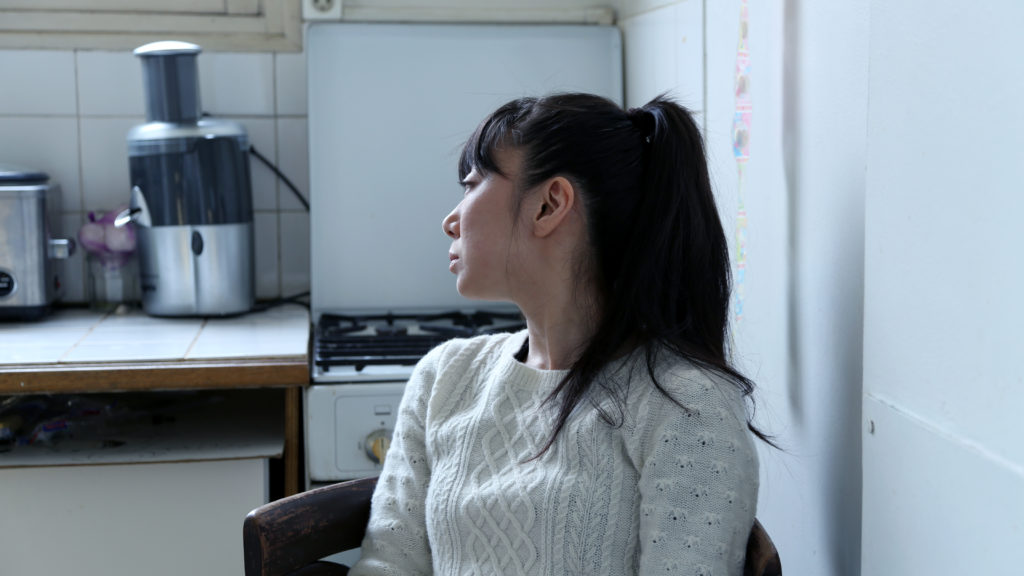 Romi (co-director Tujiko Noriko) lives in Paris and cares for her paraplegic lover Milou. The audiences watches Romi go through her daily routines of tending to Milou, taking French classes, and going to her job at a karaoke bar while Romi tells a story of their previous life in Japan, where she was a live-in caretaker to an old man. Almost the entirety of KURO is presented with a complete disconnect between the images (documenting Romi’s life) and sound (Romi telling the story). The story begins innocuously enough but as it continues it becomes dark and unsettling, coloring how the viewer sees Romi and Milou’s life as it is now. It’s an interesting experiment in storytelling, but whether or not KURO works as more than a curious exercise will vary wildly depending on the viewer. It should be noted that the film has fantastic sound design—it would be worth listening to just the sound separate from the film to pick up on its intricacies. 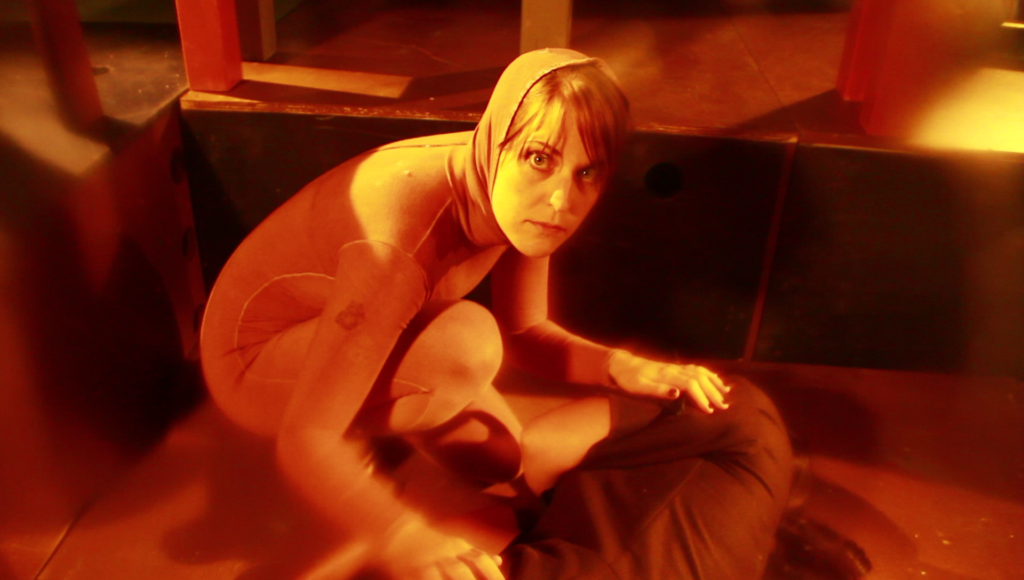 THE PINK EGG opens with a title card featuring a quote from legendary surrealist Luis Buñuel: “You can find all of Shakespeare and de Sade in the lives of insects.” That’s all you get before being thrown directly into the film’s world of bright primary colors and crude sets that look like they were made for a grade school play populated by actors depicting the life cycles of a variety of insects. There’s almost no dialogue in the film, but for the most part it’s pretty simple to figure out what is going on thanks to some fantastic physical performances by the film’s actors. The film’s charming handmade “school play” aesthetic is at odds with its frequently gruesome subject matter and there are as many moments of laugh-out-loud absurdity here as there are moments of genuine unease. THE PINK EGG is one of the most bizarre and unforgettable movies of the year, and it will be exciting to see what Jim Trainor does next. 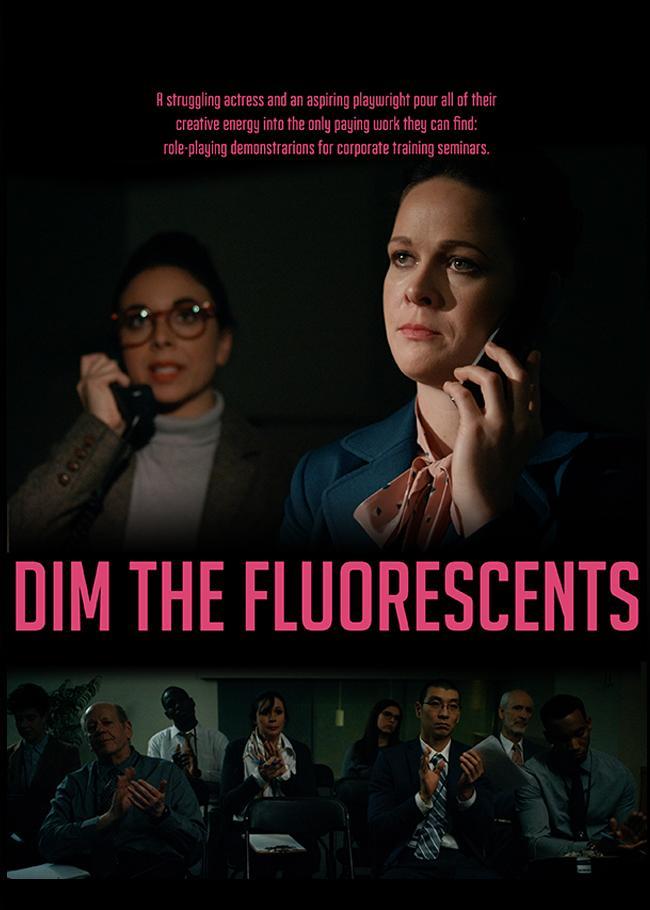 Audrey (Claire Armstrong) and Lillian (Naomi Skwarna) are longtime best friends and roommates, and struggling actor and playwright respectively. While they try to find work in their fields, they stumble upon an unexpected way to bring in some steady income and exercise their art: live demonstrations—short-form “plays”—for corporate seminars. After making some waves with a particularly impressive sexual harassment skit, the women are hired to perform at a conference in front of an audience of hundreds of people. But getting their biggest gig yet comes with strings: their corporate contact Gary (Todd Graham) insists on final script approval and requires they include a role for his aspiring actress niece Fiona (Andreana Callegarini-Gradzik). The stress of putting on the show stretches the friends’ relationship to the breaking point, a situation exacerbated by their envy of old friends who have found success with their art. DIM THE FLUORESCENTS is frequently hilarious, but as it moves along it becomes more and more emotionally affecting, and it ends with a jaw-dropping, gut-wrenching scene that is absolutely earned by taking time to really get to know and love these characters. Smart, funny, poignant, and led by two fantastic lead performances, DIM THE FLUORESCENTS is an extremely impressive debut feature for director/co-writer Daniel Warth.