Some of us watch a LOT of movies. Some of us enjoy many of those. When all you ask for from a movie is a better and more interesting experience than one would receive by simply sitting and staring out a window doing nothing, it’s a fairly easy bar to clear. You hope for certain things: characters worth watching/following; an interesting look and/or style to the proceedings; clever/engaging dialogue; some excitement of a sort, action scenes or particularly gooey gore (for us horror fans); maybe even an exploitation element or two to keep one on one’s toes. Occasionally you get more than one of these things, even in a low-budget flick, and you feel as if your watch session was a success. There was something that kept you there. Then there’s the alternate route. Those movies aren’t something you so much watch as you do view the corpse.

…guess which one I wish I wasn’t writing about now? 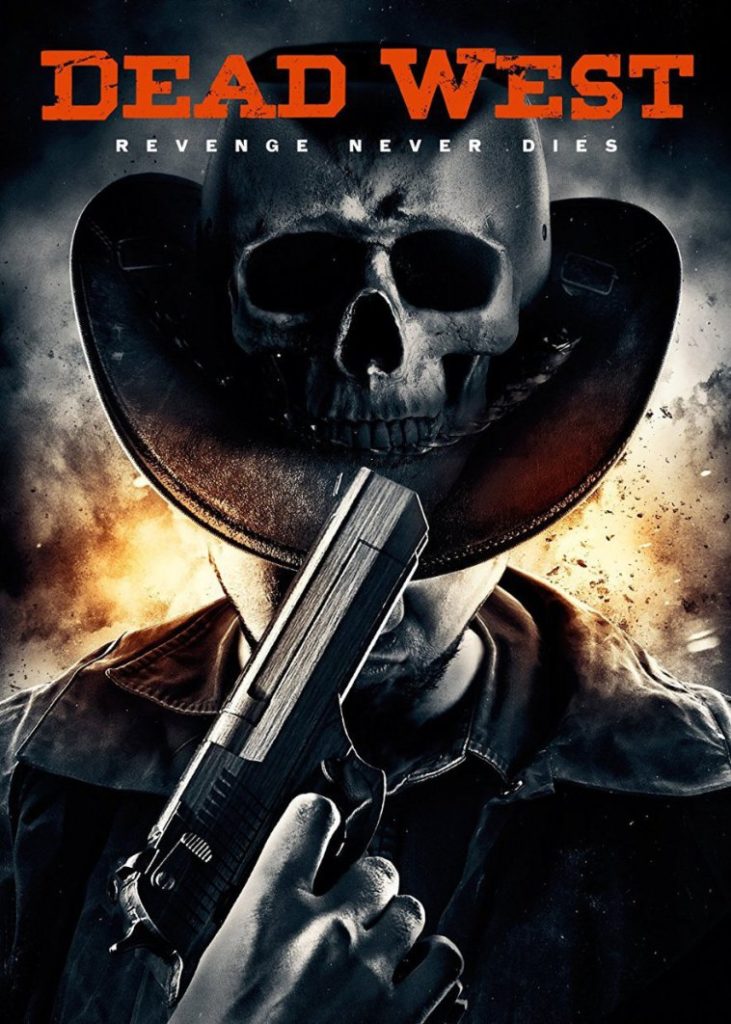 DEAD WEST is a movie about a serial killer of women, traveling around the Southwest in his bright orange Chevy Malibu, stopping at various places like bars, gas stations, public parks, drive-ins, where he meets young women who catch his eye (and he theirs). He throws a little game at these lovely ladies, they respond favorably, they end up alone, he produces a trusty Buck knife, and murders them. He drives off down the highway, meets more women, rinse, repeat.

That is DEAD WEST, for two hours. And that’s it.

Okay, maybe there’s a little more. The first onscreen victim of The Ladykiller (Brian Sutherland) — and yes, that’s how he is listed in the credits, after giving a few different names in the flick like Danny or Duane — has a brother, Tony, who sees her led out of the bar by our psychotic murderer. Once his sister ends up slashed behind the joint, Tony decides that he’s going to track this bastard down and get revenge for his dead sister. That seems like it might be interesting, but that entire storyline comes to a close about halfway through the flick’s running time. I wondered where it would go from there; the answer the movie gave me was “we’re just gonna start the whole thing over, basically, except we’re gonna slow it down and draw it out with ONE victim, because would you really wanna watch this happen with 20 more women?”

At that point, that would have been something. Instead, I ended up in a bad TRUE ROMANCE-derived scene-ripoff and realized that what I had read as aggressively mediocre was, in fact, actively bad. In a story sense, if nothing else. 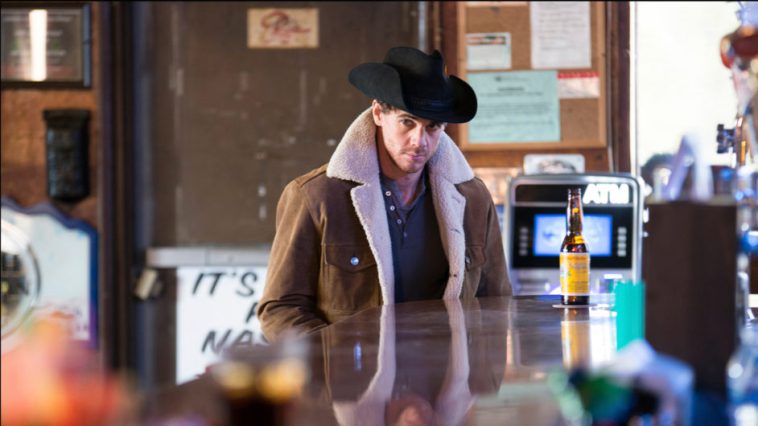 Nothing happens in this flick. There’s no excitement, no suspense, and by the time all is said and done — no point. Every single kill occurs offscreen (you may understand that someone has been stabbed but as soon as the movie makes that clear it cuts away almost immediately and I counted three different moments where that happened). There are exactly two instances where we even SEE blood: once when the Ladykiller (I really resent having to write that) washes blood off his knife and another time when he wipes spatter from his face. That’s it for the red stuff that the movie wants to give us. And please, understand — it’s not that I was rooting FOR this sick asshole to start murdering women in horribly graphic ways up until there was maybe a third of the flick left and by that point I just wanted to see fucking SOMETHING. Anything. Early on, after the first two murders aren’t shown in any real detail (a momentary grimace on a face and a moving shadow on a wall is all we get), I thought “well, that’s not a terrible stylistic choice, especially if we’re just gonna be watching this guy cruise around and kill women.” Again — an hour later, I was begging the movie to give me any sort of variation on its one theme. It did not fulfill my request.

Earlier, I stated that my early reaction was that DEAD WEST was mediocre, and that’s pretty boring to say but then again, so is the flick. For the first hour particularly, it’s simply flat; it’s not overwhelmingly awful but it’s nowhere near “good,” either. The dialogue is competent but in no way memorable or catchy. The acting manages to stay away from amateur hour but lacks any sense of inspiration or interest. There’s nothing that makes you want to continue watching, except perhaps a misguided notion that things might pick up. Writer/director/editor Jeff Ferrell makes things look perfectly okay without ever catching our eyes or ears in any way. I kept thinking, “This is competent enough, but there’s no KICK to this.” 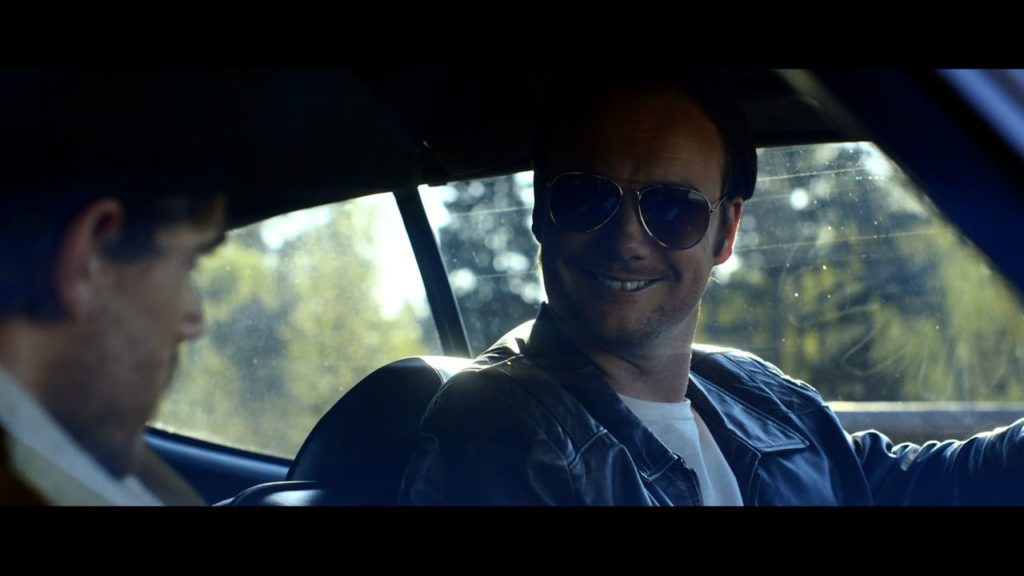 Then we meet Roxy (Meagan Karimi-Naser, who is much more appealing and likable than a movie like this deserves). After the sub-TRUE ROMANCE scene wherein we meet another character named Shug (the dialogue in this scene reads and plays like someone wrote a version of what they’ve heard “street talk” is like without ever having seen so much as a non-Caucasian character on a television screen), things continue downward and we’re simply waiting for it to end. Will Roxy turn our homicidal maniac around? Will the healing power of love give us some sort of twisted/completely unearned but-shit-we’ll-take-it happy ending? Will we care?

The answer DEAD WEST gives its viewers to those questions are, respectively: no, hell no, and fuck you. When it finished I literally asked the screen “that’s it?” I was simultaneously glad it was over and pissed off at the pointless nature of everything I’d just sat through for 120 minutes. There was no psychological insight or intriguing examinations of the main character (Sutherland did seem to be having a good enough time, but I wish they’d either gone with an actor willing to go a bit more over the top, which might have livened things up some, or Ferrell had directed Sutherland to bring a little more mega to the acting). There’s one very brief fight scene that made me think of cowboy fights from TV shows in the Fifties and it was about as convincing. I will repeat that there is no onscreen violence, not really, and definitely no gore or makeup FX. In fact, the one real onscreen kill is in the brief drive-in sequence where William Lustig’s sleaze classic MANIAC is playing and we get to see the infamous head-shotgunning (I suppose I should thank Ferrell for including that, because at least I got to see SOMETHING). The problem with literally including footage from a movie like MANIAC (or plot points reminiscent of THE STEPFATHER and scenes derivative of TRUE ROMANCE) is that your flick better be able to withstand the comparison to the other, better films you’re referencing. Sadly, DEAD WEST cannot.

I feel somewhat bad for being so hard on the flick, but as I stated at the outset: I don’t ask for much. I get a LOT of shit for loving movies that most people think are horrible, and I suspect I always will, but even I have my limits. DEAD WEST got the best of me. It could’ve been watchable if it had a script with anything interesting going on in it (funny or strange dialogue or character work with any depth), maybe some batshit crazy overacting, or perhaps a helping of blood and gore to appeal to the exploitaton/grindhouse crowd. Christ, there isn’t even a sex scene to titillate the viewer. Just repetitive nonsense until the end credits roll, and I can’t really recommend DEAD WEST to anyone, because it’s not even entertainingly terrible. It’s just bad.