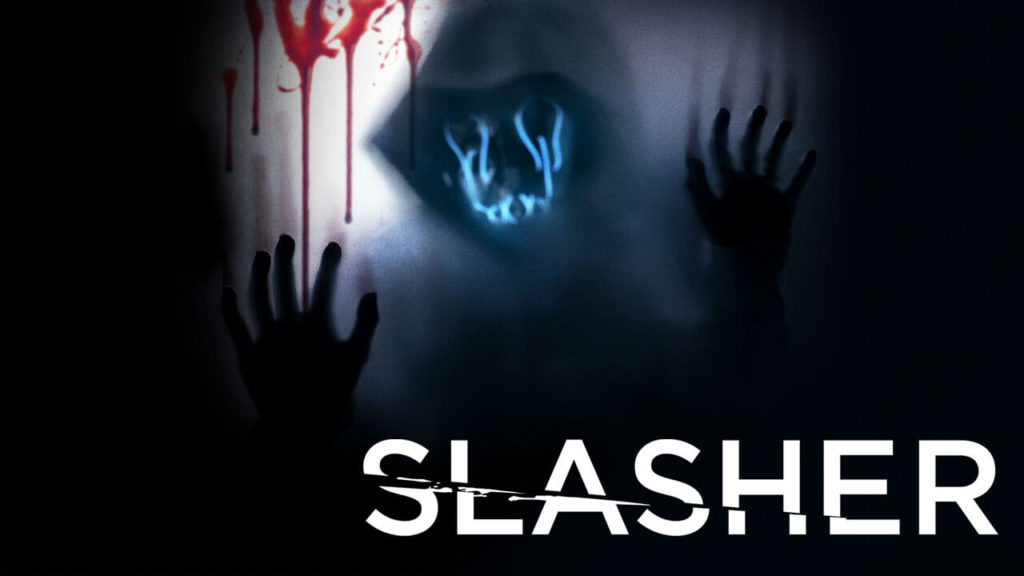 Recently, FX announced the newest season of AMERICAN HORROR STORY, entitled “1984,” would be a tribute to 80’s horror, specifically the stalk-and-slash subgenre that I so adore, but due to the diminishing returns of each consecutive season since its first (I jumped ship after the pointless third season, and kept notice of the various reactions as the show went on, but lord knows season two was a high watermark they’ll probably never crest again) and my indifference to the Bret Easton Ellis style bitchery of Ryan Murphy’s oeuvre (the unlikeable characters, mis-aimed fandom, unsustainable plot and snotty, edgelord attitude), I find myself giving it a hard pass. Of course, the whole thing could turn out to be a fairly authentic piece of body count butchery, in which case I’ll happily gobble it up, but right now, I’m erring on the side of caution – and besides, it feels like Ryan Murphy and company are just reheating the same meal they deployed on SCREAM QUEENS, the late Fox series that had its effective moments, but felt no different than any of his other various vapid and vacuous takes on toxic people, though Season Two was pretty excellent (and, it must be noted, felt closest to a slasher film, echoing other hospital hack-and-slash fare like HALLOWEEN II or X-RAY). But for those of you who favor more deliberate, compact and intimate storytelling complete with flawed characters that deeply resonate, when they’re not being filleted in broadcast unfriendly scenes of slaying, then check out Netflix’s (formerly Chiller’s) SLASHER created by DEGRASSI: THE NEXT GENERATION alum Aaron Martin.

The first season of SLASHER is “The Executioner,” (its retroactive title after being acquired by Netflix) follows Sarah Bennett, played by Katie McGrath (who should have used her natural Irish accent, because she struggles here), who returns to her hometown of Waterbury many years after her parents were murdered by a killer called The Executioner on Halloween night in the 1980s. And folks, you guessed it, her return is accompanied by someone who’s taken up the mantle of the season’s titular villain and is doling out some seriously messed up biblical justice on the shady, sinister townspeople: violent acts that range from slit throats, snake bites, getting burned alive, drowning and good old fashioned dismembering and disemboweling – it’s grisly shit.The whole season has loads of atmosphere, especially in the cold open murder on Halloween. Through the season, there are some neat twists and turns, interesting character dynamics (specifically in the way they reveal the hidden darkness in some of the townspeople), and nice relationships – I particularly liked the friendship that blossom between Sarah and widower/realtor Robin and the pairing with Sarah and uh … well, you’ll just have to see who she bonds with, but damn, if the latter relationship wasn’t an interesting wrinkle that you rarely see explored in slasher films.

The show’s also not afraid to get real mean and cruel, not only in the ways the killer wipes people out, but in the actions of the victims themselves (that cinder block over the bridge scene), especially in a later season episode which calls to mind the real-life horrors of films like ROOM and ends up being nearly more harrowing than the stuff with the killer running around and picking people off. All of this culminates in a grand gory finale that has what I consider to be the most romanticized, erotic stabbing scene since THE EYES OF MY MOTHER. Seriously!There are nice acting turns from Brandon Jay McLaren (a HARPER’S ISLAND alum) as Sarah’s caring and cutthroat journalist husband, Dean McDermott as the chief of Waterbury who (fetch your fainting couch) harbors some secrets and Christopher Jacot as the aforementioned charming character Robin. The latter two appear in seasons two and three respectively, showing the malleability of the anthology format by reusing actors for different characters. The first season ends up being the weakest of the lot, sadly, but you’ll never be bored watching it.

The second season, “Guilty Party” is a snowbound slasher about five former counselors (Andi, Peter, Noah, Susan and Dawn) who reunite at the site of their summer camp, now a hippy-dippy commune, so they can dispose of the remains of a fellow counselor they murdered in cold blood five years earlier in a prank gone wrong. Only when they get there: the body’s gone, the folks at the commune are becoming increasingly distrustful of the five friends’ motivations for even being there, and there’s a maniac that’s got bloodshed on their agenda. Over the course of the season, flashbacks reveal hidden facades (each episode provides insight to a character who will eventually die by episode’s end) and shady motivations, characters exhibit deeper flaws, allegiances change, there’s tension that’s so thick you could cut it with a knife, and everyone tries to avoid getting cut loose from their mortal coil. “Guilty Party” is far more effective in terms of storytelling (these flashbacks actually serve to engage rather than annoy like they do on other shows), pacing (the ripcord gets let loose fairly quick and things movefast – imagine that the season unfurls in the traditional third act of a slasher film), and atmosphere that it makes the first season feel like a rough draft of what SLASHER should be. It also feels closer in tone to an actual slasher film versus the SEVEN overtones of the first season’s religious-themed killer – the killer’s wardrobe even calls to mind the seasonally inappropriate garb of the murderer in URBAN LEGEND. Hell, even the motivation of the killer is ripped right of the Slasher 101 playbook. I pegged the killer’s identity fairly early on, around Episode Five, but one thing that was totally unpredictable was who would live … and what would be left of them, coupling that with the character growth over the season makes the ending has a nicely resonant core to it, because I did end up sympathizing with these people who committed the ultimate transgression, covered it up and are now paying for their sins.

Continuing the upward trend in quality, season three of SLASHER entitled “Solstice” is top-notch horror storytelling – a social media heavy retelling of the Kitty Genovese story filtered through the multi-cultural lens of modern society. The story is about an apartment complex filled with a diverse group of people who ignore the pained cries of a man being stalked and murdered by a killer called The Druid. Now, a year later, the killer’s back and they seem to be finishing what they started over a 24 hour period. What I loved about “Solstice” is its mercilessness – the kills are some of the most brutal the series has offered (drills through the head, autopsies, blender to the face are just some of the violent variety of ways The Druid dispatches the terrorized tenants of the apartment), the characters, though both positive and negative reflections of our society today, are tremendously flawed, and the season as a whole serves as an indictment of social media – that ravenous, all-consuming infection that illustrates how awful people will act and how we all comport ourselves just to get a few sweets clicks (there’s a tweet that someone spits out that is similar to the infamous and insensitive tweet where a woman tweeted – paraphrasing of course, “going to Africa, hope I don’t get AIDS – just kidding I’m white,” and found herself fired before her plane landed), the season also rests heavily on doxxing as revenge and  – it’s great Romero-esque satire.

The ending is a little less satisfying, you could easily guess the killer as the season rolls on but again, the predictability of who will survive (and who will fall victim to) The Druid’s onslaught is less obvious and I really love who survives the season because the way the writers slow burned the characterization of this particular individual (a repugnant sort of character) and made their survival all the more impactful – especially considering who they survive along. A few other things I enjoyed where the numerous daylight murders, which aren’t often in the slasher film’s wheelhouse, this keeps the audience on guard at all times. The other narrative tool I like for filmmakers to use flashbacks during an emotional scene to add impact and here they have a father identifying his teenage daughter’s body in the morgue and he flashes to the time where he helped her ride her bike for the first time. It’s clever and it’s cruel. It’s also worth noting that every season of SLASHER has featured a gay character (actually the same actor in its first two seasons), but here, there’s a strong, honest and sweet relationship between two of the principal characters and it’s a bummer that of all the Netflix shows out there, this one’s being slept on, especially in Pride Month. I really, really liked this season overall. I ate it up real fast.

Each season of SLASHER runs eight episodes which seems like a perfect balance in telling a story without running out of narrative steam or fattening up its plot to fill a contractually obligated episode count of ten to thirteen for a basic cable friendly season, making it an easily bingeable horror alternative. I hope Netflix keeps the show going for some time, because I like Aaron Martin’s take on the television slasher genre, and I like the stable of actors that he’s using to tell his brand of horror – several actors from “Guilty Party” return here, though they look fairly different. I just hope it’s not another two years before we get the next season. Thanks in advance.