This is some amazing news. The producers of the well-received western THE SCARLET WORM, Mike Malloy and Eric Zaldivar, have announced plans to make an official third entry into the DJANGO series — starring Franco Nero himself! Nero recently participated in Malloy and Zaldivar’s documentary EUROCRIME! THE ITALIAN COP AND GANGSTER FILMS THAT RULED THE ’70S, currently making waves at festivals across the nation, and he’s signed on with a letter of intent. Also attached in LOOPER’s Noah Segan.

Her’s the press release, so you can get all excited for the possibility of a third, “real” DJANGO film yourself!

Eric Zaldivar and Mike Malloy, two producers of the offbeat 2012 Western The Scarlet Worm, have received a Letter of Interest from original Django star Franco Nero to topline a gritty new Western project, tentatively titled Django Lives! Should the sequel rights be secured, the feature would be the third “official” entry in the saga that made Mr. Nero an international star.

Since the release of the original Django in 1966, over thirty films have included the character’s iconic name in their titles, most recently Quentin Tarantino’s Django Unchained, in which Mr. Nero makes a cameo appearance. Until now, however, only the 1987 Western Django Strikes Again is considered to be an official sequel.

The story would have former gunslinger Django, in his twilight years, ending up as a silent-movie consultant in 1915 Hollywood and meeting an aspiring filmmaker with whom he reluctantly goes into business. When the filmmaker gets killed by racketeers, the young man’s gambling debts are considered transferred to Django, who must now flee for safety to a small rural community. But that town’s sharply divided inhabitants have their own problems, and Django becomes embroiled in a bloody conflict immediately upon arrival.

Looper star Noah Segan, an aficionado of Spaghetti Westerns and friend of the production, has expressed interest in co-starring as a younger character with mysterious intentions who befriends the aging gunslinger.

Zaldivar and Malloy most recently worked with Nero on the award-winning cinema documentary Eurocrime! The Italian Cop and Gangster Films that Ruled the ’70s, which kicked off its festival run of eight countries at the Atlanta Film Festival in March of this year.

“Everyone we met on the festival circuit wanted to know first and foremost about what it was like to interview Franco Nero,” said Malloy. “He still holds a mythical tough-guy intrigue for a large audience. Nero is to European action cinema what Eastwood is to the United States. And he’s taken excellent care of himself.”

Zaldivar adds: “I gave Franco a Blu-ray of The Scarlet Worm and showed him what we were able to achieve on a microbudget. And he loved the new story we’ve developed for his return to the screen as the legendary Django. Plus, he knows that Malloy and I are two of the biggest students of Italian action cinema working today.”

The project aims for arthouse, VOD and Blu-Ray releases, and the producers are hoping to lens the picture in Utah. Scarlet Worm cinematographer Michael A. Martinez will return to that post for this film.

Mr. Nero, who rose to stardom in the 1960s with such films as Warner’s Camelot, has remained a popular figure in cinema and television, with recent roles in Letters to Juliet, Cars 2 and Law & Order SVU.

The Scarlet Worm was released in North America through Unearthed Films/MVD and has pending releases in the U.K. via Trash House Cinema and in Germany via filmArt. 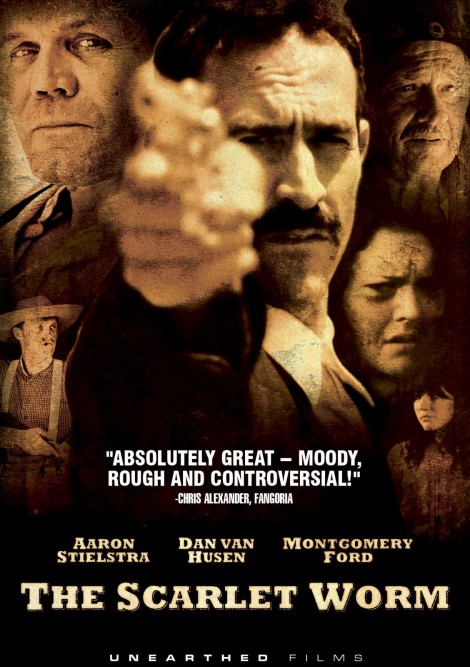